Rosie, aka The Chocolate Queen from her love of chocolate, sent an email to everyone in the office yesterday inviting everyone to take part in Kentucky Tuesday today for lunch. I emailed my acceptance and, later as I walked past her office, I said flippantly “You know that you can’t get chocolate Kentucky chicken”, to which she replied “I know but I’m having salad.” Now I feel guilty.

KFC is the world's second-largest restaurant chain (as measured by sales) after McDonald's, with 22,621 locations globally in 136 countries as of December 2018.

The chain is a subsidiary of Yum! Brands, a restaurant company that also owns the Pizza Hut, Taco Bell, and WingStreet chains. 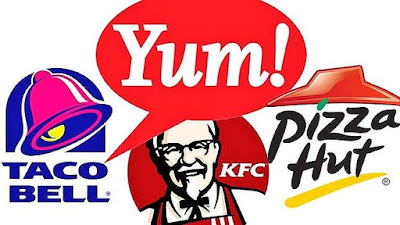 The man behind Colonel Sanders is actually Harland Sanders, who started the fast food restaurant by selling chicken at his roadside chicken in Corbin, Kentucky, throughout the great depression. He would even allow customers to dine at his own dinner table! The title 'colonel' was honorary – a Kentucky Colonel – not the military rank. (Kentucky Colonel is the highest title of honour bestowed by the Commonwealth of Kentucky. Commissions for Kentucky colonels are given by the governor and the secretary of state to individuals in recognition of noteworthy accomplishments and outstanding service to a community, state, or the nation.) 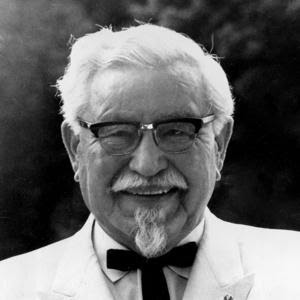 Sanders' Original Recipe of "11 herbs and spices" is one of the most famous trade secrets in the catering industry.[202][203] The recipe is not patented, because patent law requires public disclosure of an invention and provides protection only for a strictly limited term, whereas trade secrets can remain the intellectual property of their holders in perpetuity. A copy of the recipe, signed by Sanders, is held inside a safe inside a vault in KFC's Louisville headquarters, along with eleven vials containing the herbs and spices.

KFC was the first Western restaurant chain to open in China back in 1987. It was so successful that it is now the company’s single largest markets, as they have chains all over the country. You can even get KFC delivered to your door. 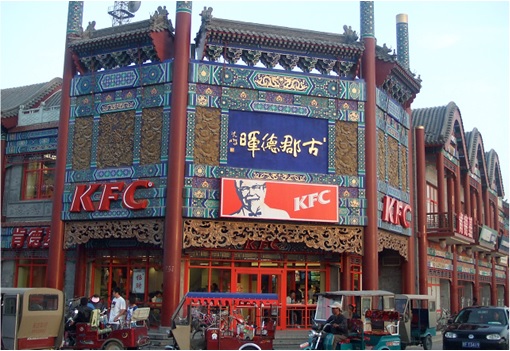 The KFC slogan “finger lickin’ good” was, however, a little lost in translation when they opened in China, as it translated to “eat your fingers off”. 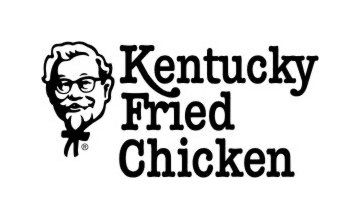 KFC is synonymous with the big bucket of chicken, so you might be a little surprised to learn that the first bucket wasn’t sold until 1952 – 12 years after the recipe was invented by the Colonel. 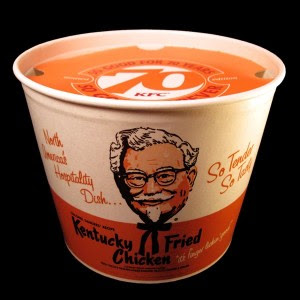 PETA and other organisations regularly boycott KFC, as they believe they commit violations against chickens. 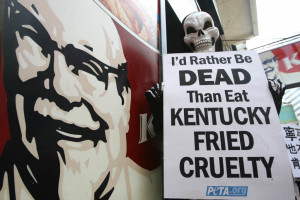 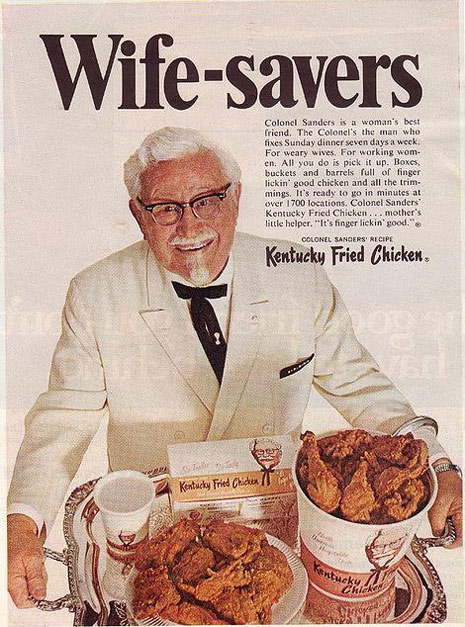 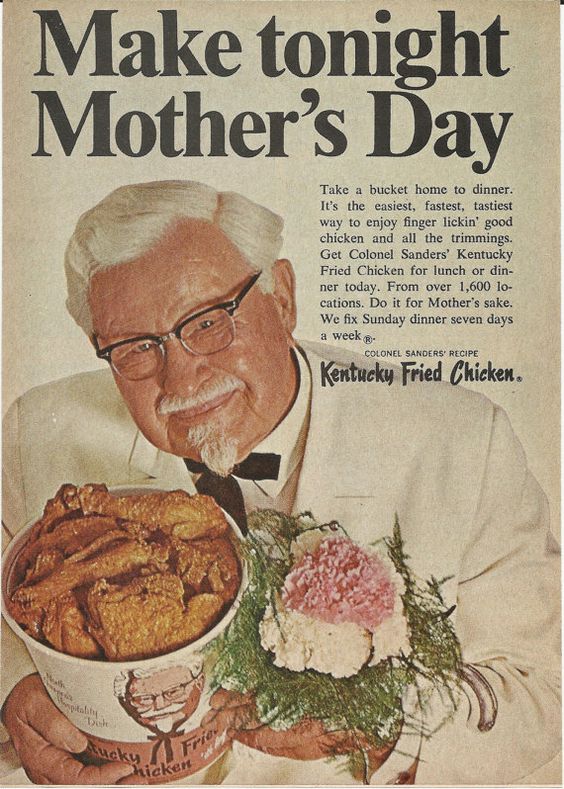 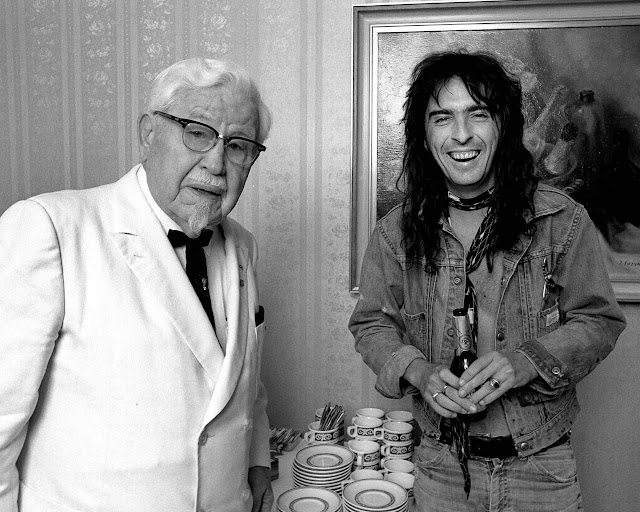 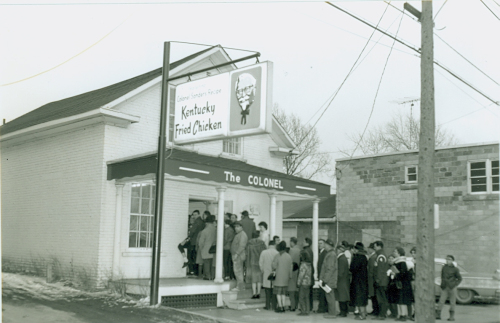 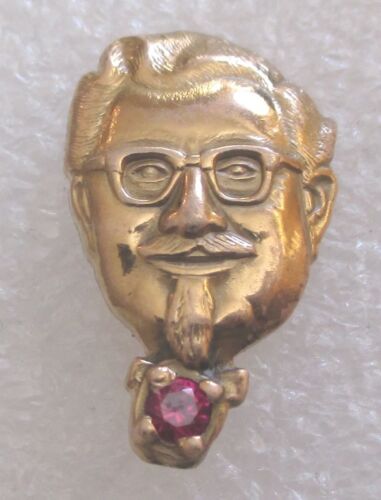 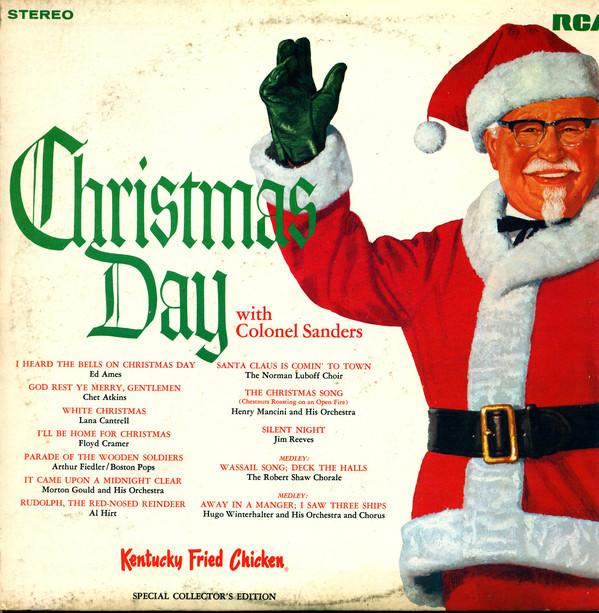 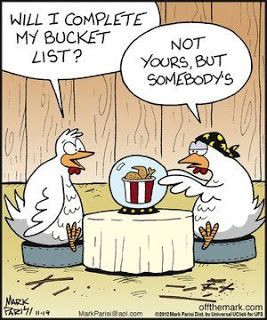 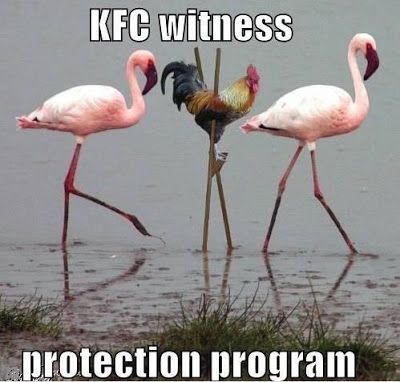 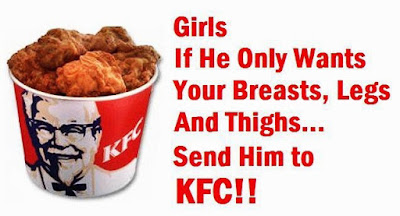