Aesop's Fable: The Ass, the Fox and the Lion 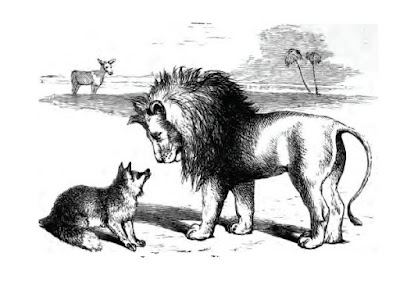 The Ass and the Fox, having entered into a partnership together, went out into the forest to hunt.

They had not proceeded far, when they met a Lion.

The Fox approached the Lion and promised to contrive for him the capture of the Ass, if he would pledge his word that his own life should be spared.

On his assuring him that he would not injure him, the Fox led the Ass to a deep pit, and contrived that he should fall into it.

The Lion, seeing that the Ass was secured, immediately clutched the Fox, and then attacked the Ass at his leisure. 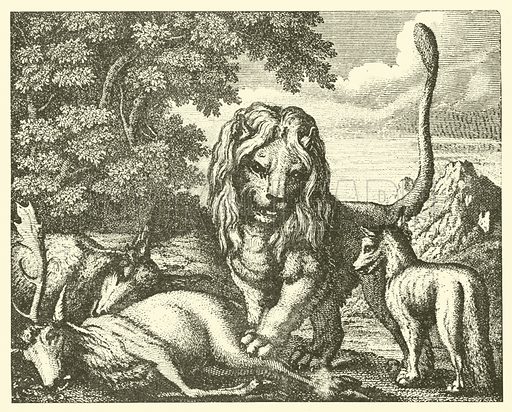