I am indebted to my father in law, Noel, for bringing to my attention an item in The Australian newspaper from last Friday.  The item, an article by former Federal MP Barry Cohen headed “Kiss me Kate and I’ll vote Royal”, has as its subtitle ‘There’s something about the Duchess of Cambridge that Prince Philip doesn’t have’.  Cohen is an avowed republican but astute enough to realise what a great PR job Kate Middleton and royal hubby Wills are doing for the monarchist cause.  According to Cohen “They are the right people at the right time.  For the first time I am tempted to vote for the monarchy.  It goes against every rational idea I have ever had about the monarchy but who can resist Kate?”  He assesses that “..these two royals ...have guaranteed the monarchy will last at least another century..”.


What was particularly interesting were some anecdotes by Cohen concerning comments by Philip about Whitlam-era Australian political figures.


My father in law was a senior public servant during those years,  his career including a stint as Secretary to the Executive Council.  This required him to submit government matters (including Cabinet items) to the Governor General, Sir John Kerr, for approval.  He therefore dealt with the prominent political figures of the day and was subpoenaed to give evidence at the Royal Commission that looked into the Khemlani Loans Affair.


Before looking at Cohen’s comments, a cast of players is helpful: 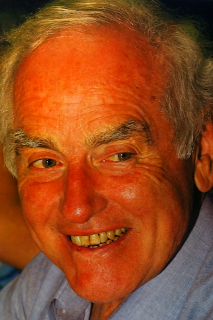 My father in law, Noel. 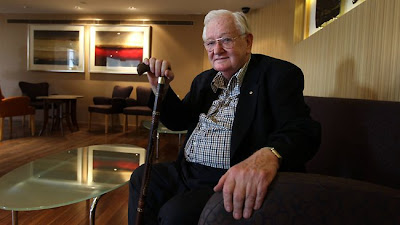 
Barry Cohen:
Cohen was the federal member for the seat of Robertson from 1969 until his retirement before the 1990 election. Following the Australian Labor party’s win under Bob Hawke at the 1983 election, he was Minister for Home Affairs and the Environment from 1983 to 1984 and then Minsiter for Arts, Heritage and Environment until 1987. 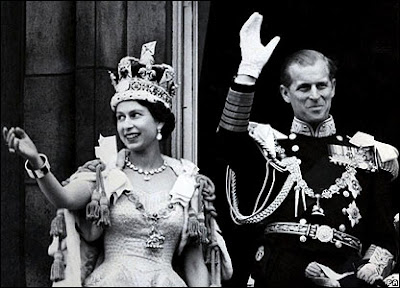 
Prince Philip:
Prince Philip, Duke of Edinburgh (1921 - ) is the husband of Queen Elizabeth 11.  Although Philip was born in Greece and was a prince of Greece, the Greek royal family was exiled when he was a child.  He was educated in Germany, England and Scotland and joined the British Royal Navy in 1939.  From that year he also began corresponding with 13 year old Princess Elizabeth, daughter of King George V!, his second cousin.  Philip served with the Mediterranean and Pacific fleets during World War 11 and married Elizabeth in 1947 (photo above).  He converted from Greek Orthodoxy to Anglicanism, became a naturalised British subject and adopted the surname Mountbatten. 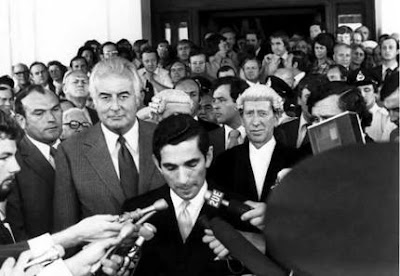 Gough Whitlam:
Edward Gough Whitlam (1916 - ) was the 21st Prime Minister of Australia, serving in that office between 1972 and 1975, until dismissed by the Queen’s appointed representative in Australia, the Governor-General Sir John Kerr.  He is the only Prime Minister to have been sacked by the monarch.  (Pictured above is Gough Whitlam, standing on the steps of parliament House in 1975 whilst the proclamation dismissing his government is read). 
Al Grassby:
Albert Jaime Grassby (1926-2005) was an Australian politician of Spanish-Irish descent who was Minister for Immigration in the Whitlam government.  Known as the father of Australian multiculturalism, he initiated sweeping reforms in immigration and human rights.  Renowned for colourfully outrageous clothing, The Age commented as part of the report on his death in 2005:


“It was to Grassby's eternal credit that, through political vision, his wit and some outrageous stunts, he turned this into a plus, helping to bury the discredited White Australia policy of the Menzies era.  Grassby literally wore his politics on his sleeve - one that, often as not, was part of a purple or gold safari suit. Or, if the suit was conventional, there would be a wild tie.  He called it his "Riverina rig", and it carved an eye-straining sartorial swathe through Canberra, about as subtle in the corridors of power as Sir Les Patterson at a cocktail party.”

The following items are from Barry Cohen's article:

Philip was no friend of the Left, British or Australian.  He was reported as having described Gough Whitlam as “that socialist arsehole”.  I rang seeking Gough’s view of the duke.  After a prolonged pause came the breathy response, “He married well.”

One particularly memorable meeting occurred during Gough’s reign.  A few of us were talking to Prince Philip when the ubiquitous and colourful Al Grassby joined us in a cacophony of colour that


That lifted bad taste to an art form.  Philip couldn’t help himself.  He leaned forward and inquired sotto voce:  “Any feelthy pictures?”

Posted by BytesMaster at 9:58 PM