Richard, Peter, Parkinson and Me

Byter Richard from Florida took me to task by email in respect of a comment made in yesterday's  Pareto Principle post.


·       Dr Peter’s Principle holds that “In a hierarchy, employees rise to their level of incompetence”; and


·       Dr Peter’s Second Principle is that “Work on a task expands to fit the time allowed for the task”.


"I do believe that what you called Dr. Peter's Second Principle was truly Parkinson's Law -- C. Northcote Parkinson. And he did have more than one law.”


Whilst I usually check my facts, I wrote the above using memory as to the authors of the various principles quoted in the post.


Following are some comments and corrections.

Dr Laurence J Peter is the author of the principle that in a hierarchy, employees rise to their level of incompetence. 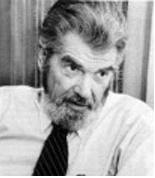 This was covered in an earlier Bytes:
http://bytesdaily.blogspot.com.au/2010/01/laws-principles-peter-principle.html


The principle was originally advanced as a humorous treatise by Dr Peter and Raymond Hull in 1969 but subsequently came to be applied by others as a realistic and useful office guide and principle.

The Peter Principle has been contradicted and refuted by various persons:


·       Cartoonist Scott Adams, creator of the Dilbert comic strip, has propounded the Dilbert Principle which holds that organisations systematically promote their least competent employees to management, particularly middle-management, to limit the potential damage they are capable of causing. 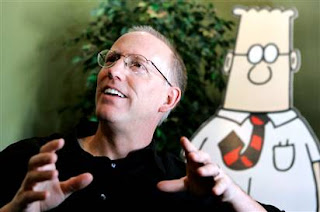 
Although his principle is satirical, as are the refutations, nonetheless the principle and the later criticisms do have factual roots and applications in reality.

“I wrote The Dilbert Principle around the concept that in many cases the least competent, least smart people are promoted, simply because they’re the ones you don’t want doing actual work. You want them ordering the doughnuts and yelling at people for not doing their assignments—you know, the easy work. Your heart surgeons and your computer programmers—your smart people—aren’t in management. That principle was literally happening everywhere.”


·       Satirist Dolson D Dolson also disputes the Peter Principle but for a different reason.  He argues that that the Peter Principle is faulty in that it is based on the premise that as one rises in an organisation, the greater the level of competence and skill required.


The reality, according to Dolson, is that:


o   the higher the management level, the easier the job;


o   people in the lower and middle levels need to know what they are doing but people in higher levels and management positions can achieve their positions by luck and/or political connections;


o   persons in the higher positions need little actual ability or knowledge to perform their jobs and can, in fact, rely on the skills of those below them;


o   those persons can also be demoted, hence attaining their level of incompetence by demotion, it is not necessarily true that they are promoted to that level and remain there.

The author of the law that work expands so as to fill the time available for its completion is, as Byter Richard rightly wrote, C Northcote Parkinson.


Also, as Richard noted, he has propounded other laws and principles, one such law having been the subject of a past Bytes, the Law of Triviality, aka the Bicycle Shed Example:


with the corollary that:


“The time spent on any item of the agenda will be in inverse proportion to the sum involved.”


It can be read at:
http://bytesdaily.blogspot.com.au/2010/03/laws-of-universe-parkinsons-law-of.html


Herewith is a collection of  C Northcote Parkinson’s laws, including the above:
Work expands to fill the time available for its completion; the thing to be done swells in perceived importance and complexity in a direct ratio with the time to be spent in its completion.

The number of people in any working group tends to increase regardless of the amount of work to be done.

If there is a way to delay an important decision the good bureaucracy, public or private, will find it.

The progress of science is inversely proportional to the number of journals published.