A question for you:

I have previously mentioned that my kids take the piss mickey out of me because of my espousal of duct tape, so much so that they once gave me the following card for Father’s Day: 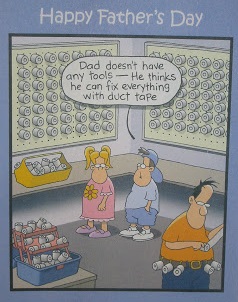 I have previously posted that pic, as well as the following bit of profound (and totally accurate) philosophy: 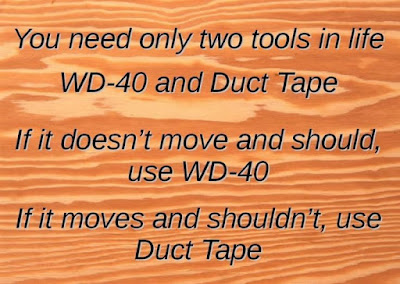 I therefore wish to bring their attention to the quote below from Andy Weir’s book The Martian, which I haven’t finished yet (and the answer is no, I haven’t seen the film, I wanted to read the book first).

The scene is that Watney, the guy left stranded on Mars, has to cut a hole in the roof of the Rover vehicle. He can’t use a pen or marker to draw an outline so he comes up with another idea:

I unravelled Martinez’s bed and took the string outside, then taped it to the trailer hull along the path I planned to cut. Yes, of course duct tape works in a near-vacuum. Duct tape works anywhere. Duct tape is magic and should be worshipped.