Lake Superior State University in Michigan publishes an annual New Year list of Banished Words, being words or phrases that it thinks are overused or problematic for the English language. The list is compiled from thousands of suggestions from around the world that come in throughout the year.

See the list, and those of previous years, at:
http://www.lssu.edu/banished/ 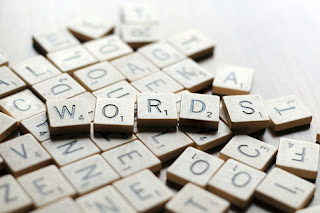 “So”, the word that received the most nominations, was already banished, but today it is being used differently than it was in 1999, when nominators were saying, “I am SO down with this list!”

“Currently, it is being overused as the first word in the answer to ANY question. For instance, "How did you learn to play the piano?" Answer: "So my dad was in a classical music club..."
– Bob Forrest, Tempe Ariz.

“Frequently used to begin a sentence, particularly in response to a question, this tiresome and grammatically incorrect replacement for "Like," or "Um," is even more irksome…It hurts my ears, every single time I hear it!
– Thomas H. Weiss, Mt. Pleasant, Mich.

Online publications invite us to “join the conversation,” which is usually more of a scream-fest.

“Over the past five years or so, this word has been increasingly used by talking heads on radio, television and in political circles to describe every form of verbal communication known to mankind. It has replaced ‘discussion,’ ‘debate,’ ‘chat,’ ‘discourse,’ ‘argument,’ ‘lecture,’ ‘talk’….all of which can provide some context to the nature of the communication.”
– Richard Fry, Marathon, Ont.

“A corporate-academic weasel word,” according to the Urban Dictionary.

“Somewhere along the line, this word became a trendy replacement for 'that is a problem.’ I just hate it.”
– Sharon Martin, Hagerstown, Md.

“Anything that the speaker finds vaguely inconvenient or undesirable, such as an opposing political belief or bad traffic. Contrast things that are self-evidently taken to be problematic with, say, actual problems like a hole in the ozone layer or a job loss.”
– Adam Rosen, Asheville, N.C.
_____________________________
STAKEHOLDER

A word that has expanded from describing someone who may actually have a stake in a situation or problem, now being over-used in business to describe customers and others.

“Often used with ‘engagement.’ If someone is disengaged, they're not really a stakeholder in the first place. LSSU, please engage your stakeholders by adding this pretentious jargon to your list.
– Gwendolyn Barlow, Portland, Ore.

Harley Carter of Calgary, Alberta, says he has heard it with another word popular in business-speak, “socialize,” which means to spread an idea around to see what others think of it. “We need to socialize this concept with our ‘stakeholders.’”

Another example of using two words when one will do.

“This alliterative mutation seems to be replacing the word ‘price’ or ‘cost.’ It may be standard business-speak, but must it contaminate everyday speech?”
-Kevin Carney of Chicago, who provided an example in the March 19, 2015 issue of the New England Journal of Medicine, pg. 1171, which says, “Although the ‘price point’ of effective new drugs...may initially be out of reach for many patients...”
_____________________________
SECRET SAUCE

“Usually used in a sentence explaining the ‘secret’ in excruciating public detail. Is this a metaphor for business success based on the fast food industry?”
– John Beckett, Ann Arbor, Mich.

A phrase that is annoying online word-watchers around the world.

“An annoying bit of hyperbole about the latest saucy picture or controversy that is already becoming trite.”
– Tim Bednall, Melbourne, Victoria, Australia

This shortened form of “press release” and “press conference” is not so impressive.

“Not only is there no intelligent connection between the word "presser" and its supposed meaning, this word already has a definition: a person or device that removes wrinkles. Let's either say ‘press conference’ or ‘press release’ or come up with something more original, intelligent and interesting!”
– Constance Kelly, West Bloomfield, Mich.
_____________________________
MANSPREADING

A word that is familiar to those in bigger cities, where seats on the bus or subway are sometimes difficult to find.

“Men don't need another disgusting-sounding word thrown into the vocabulary to describe something they do…You're just taking too much room on this train seat, be a little more polite...”
– Carrie Hansen, Caledonia, Mich.

“The term itself is stupid, and the campaign and petition written by men's rights activists claiming that men need to take up more space due to their anatomy, and that anti-manspreading campaigns are ‘male-bashing,’ are ridiculous. The problem is with people taking up too much space on the subway or any public mode of transportation.
– Beth, Anchorage, Alaska
_____________________________
VAPE

Vape and vaping are used to describe the act of ‘smoking’ e-cigarettes (another strange word) since the products emit vapor instead of smoke.

The phrase refers to anything that may excite a person, or something that causes one to laugh.

We had to include one for the sports fans. John Kollig of Jamestown, N.Y., says this is overused by every sports broadcaster and writer.

“I am not sure who is responsible, but over the last 12-18 months you cannot watch a sporting event, listen to a sports talk show on radio, or anything on ESPN without someone using this term to attempt to describe an athlete or a contest.”
– Dan Beitzel, Perrysburg, Ohio 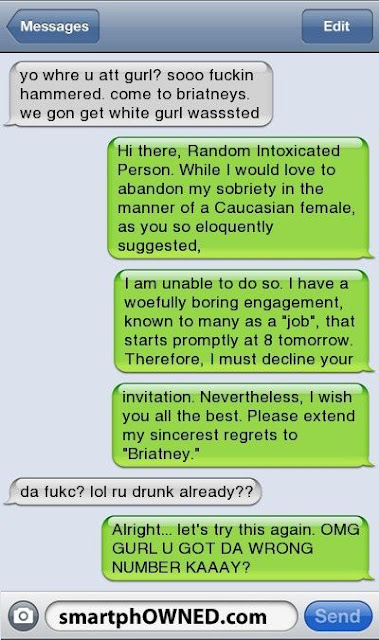 Posted by BytesMaster at 6:42 AM