Snopes.com refers to those syrupy sweet message e-mails that come unsolicited as glurge. They often involve, puppies, kittens, children with disabilities and generally end with, "Pass this along.”

The following item may be regarded as glurge by the cynical but it is a true story and has some food for thought.  Snopes.com authenticates it:
http://www.snopes.com/glurge/cabride.asp

The author is Kent Nerburn and it was first published in 1999 under the title “And where there is sadness, joy” in his book “Make me an Instrument of Your Peace.” It has also been made into a short film with narration by Nerburn:
http://www.youtube.com/watch?v=RrBDcyFraDk 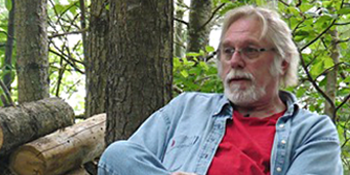 There was a time in my life twenty years ago when I was driving a cab for a living.

It was a cowboy’s life, a gambler’s life, a life for someone who wanted no boss, constant movement and the thrill of a dice roll every time a new passenger got into the cab.

What I didn’t count on when I took the job was that it was also a ministry.

Because I drove the night shift, my cab became a rolling confessional. Passengers would climb in, sit behind me in total anonymity and tell me of their lives.

We were like strangers on a train, the passengers and I, hurtling through the night, revealing intimacies we would never have dreamed of sharing during the brighter light of day. I encountered people whose lives amazed me, ennobled me, made me laugh and made me weep.

And none of those lives touched me more than that of a woman I picked up late on a warm August night.

I was responding to a call from a small brick fourplex in a quiet part of town. I assumed I was being sent to pick up some partiers, or someone who had just had a fight with a lover, or someone going off to an early shift at some factory for the industrial part of town.

When I arrived at the address, the building was dark except for a single light in a ground-floor window.

Under these circumstances, many drivers would just honk once or twice, wait a short minute, then drive away. Too many bad possibilities awaited a driver who went up to a darkened building at 2:30 in the morning.

But I had seen too many people trapped in a life of poverty who depended on the cab as their only means of transportation.

Unless a situation had a real whiff of danger, I always went to the door to find the passenger. It might, I reasoned, be someone who needs my assistance. Would I not want a driver to do the same if my mother or father had called for a cab?

So I walked to the door and knocked.

“Just a minute,” answered a frail and elderly voice. I could hear the sound of something being dragged across the floor.

After a long pause, the door opened. A small woman somewhere in her 80s stood before me. She was wearing a print dress and a pillbox hat with a veil pinned on it, like you might see in a costume shop or a Goodwill store or in a 1940s movie. By her side was a small nylon suitcase. The sound had been her dragging it across the floor.

The apartment looked as if no one had lived in it for years. All the furniture was covered with sheets. There were no clocks on the walls, no knickknacks or utensils on the counters. In the corner was a cardboard box filled with photos and glassware.

“Would you carry my bag out to the car?” she said. “I’d like a few moments alone. Then, if you could come back and help me? I’m not very strong.”

I took the suitcase to the cab, then returned to assist the woman. She took my arm, and we walked slowly toward the curb. She kept thanking me for my kindness.

“It’s nothing,” I told her. “I just try to treat my passengers the way I would want my mother treated.”

“Oh, you’re such a good boy,” she said. Her praise and appreciation were almost embarrassing.

When we got in the cab, she gave me an address, then asked, “Could you drive through downtown?”

“It’s not the shortest way,” I answered.

I looked in the rearview mirror. Her eyes were glistening.

“I don’t have any family left,” she continued. “The doctor says I should go there. He says I don’t have very long.”

I quietly reached over and shut off the meter. “What route would you like me to go?” I asked.

For the next two hours we drove through the city. She showed me the building where she had once worked as an elevator operator. We drove through the neighborhood where she and her husband had lived when they had first been married. She had me pull up in front of a furniture warehouse that had once been a ballroom where she had gone dancing as a girl. Sometimes she would have me slow in front of a particular building or corner and would sit staring into the darkness, saying nothing.

As the first hint of sun was creasing the horizon, she suddenly said, “I’m tired. Let’s go now.”

We drove in silence to the address she had given me. It was a low building, like a small convalescent home, with a driveway that passed under a portico. Two orderlies came out to the cab as soon as we pulled up. Without waiting for me, they opened the door and began assisting the woman. They were solicitous and intent, watching her every move. They must have been expecting her; perhaps she had phoned them right before we left.

I opened the trunk and took the small suitcase up to the door. The woman was already seated in a wheelchair.

“How much do I owe you?” she asked, reaching into her purse.

“You have to make a living,” she answered.

“There are other passengers,” I responded.

Almost without thinking, I bent and gave her a hug. She held on to me tightly.

“You gave an old woman a little moment of joy,” she said. “Thank you.”

There was nothing more to say.

I squeezed her hand once, then walked out into the dim morning light. Behind me, I could hear the door shut. It was the sound of the closing of a life.

I did not pick up any more passengers that shift. I drove aimlessly, lost in thought. For the remainder of that day, I could hardly talk.

How many other moments like that had I missed or failed to grasp?

We are so conditioned to think that our lives revolve around great moments. But great moments often catch us unawares.

When that woman hugged me and said that I had brought her a moment of joy, it was possible to believe that I had been placed on earth for the sole purpose of providing her with that last ride.

I do not think that I have ever done anything in my life that was any more important.

Kent Nerburn has posted the following comments on his website:

“A website out of the U.K., zenmoments.org, has recently posted the now well-traveled story of my experience as a cab driver, when I picked up an old woman who was on her way to a hospice. It has reached number one on a number of websites as a result.

I am thrilled when my ordinary life offers up an extraordinary moment that brings some solace or insight or enjoyment to others, and such has been the good fortune of that moment in the late 1980’s when I was driving the “dog shift” in Minneapolis, Minnesota. What is noteworthy about that moment, beyond its poignancy, is that I did not create it; I merely experienced it and let it unfold.

Life gives us all such moments — I call them “Blue Moments” — where a brilliant light shines through the ordinary moments in our ordinary days. They come unsolicited and unannounced, and provide us the gift of significance and, if we are lucky, the opportunity to serve.

What it is important is to remember that these ARE gifts, and that we cannot receive them if we are not open to them. We need to listen closely, watch closely, and take care not to rush past or through them when they arrive. They are the fabric of our lives, and they will weave themselves with complexity and beauty if we give them time to do so.”