More Then and Now

A little while back I posted pics of then and now images by Sergey Larenkov. He had taken photographs of World War 2 destruction, fighting and troop and equipment movements, then located the same sites today and superimposed the images over each other.

Here is an example of such a composition which may be one of his or not. Ihave not been able to find the name of the person responsible.

The image offers a stark contrast between then and now, as well as insights on constancy, change and time . . . 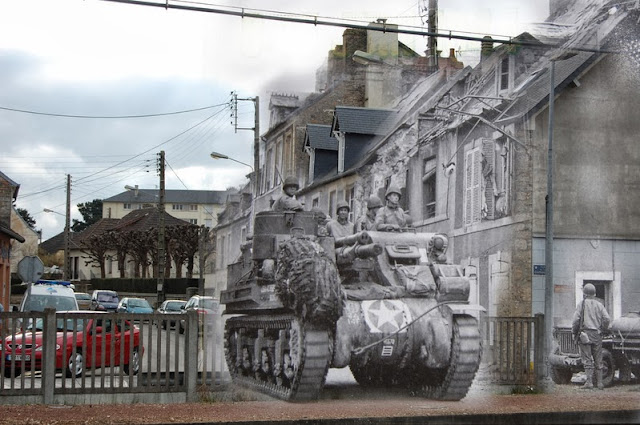 Since then I have become aware of the work of other photographers who are doing the same type of thing with both WW2 and other historical events and places:

Historical expert Jo Teeuwisse, from Amsterdam, found 300 old negatives of WW2 images at a flea market near her home. She searched out the locations and took modern day photos, likewise superimposing the images. According to her, 'I knew what happened there, but knowing the exact spot of some detail will etch it into your visual memory.” It led to her doing the same with photographs in France and across Europe.

Some of her work: 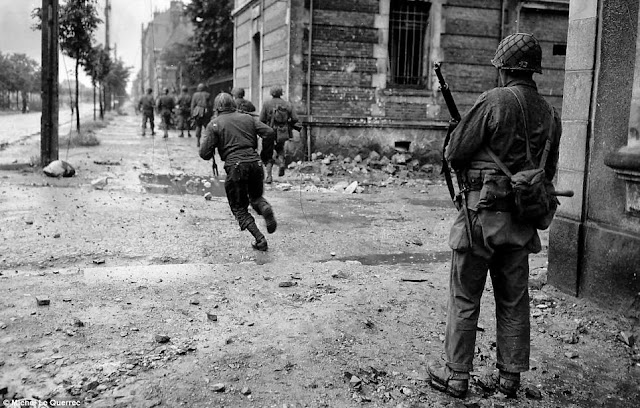 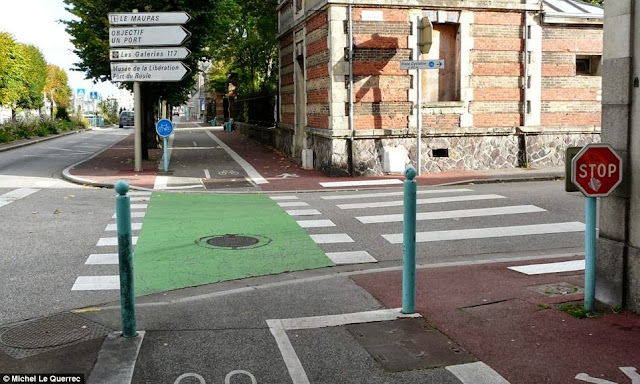 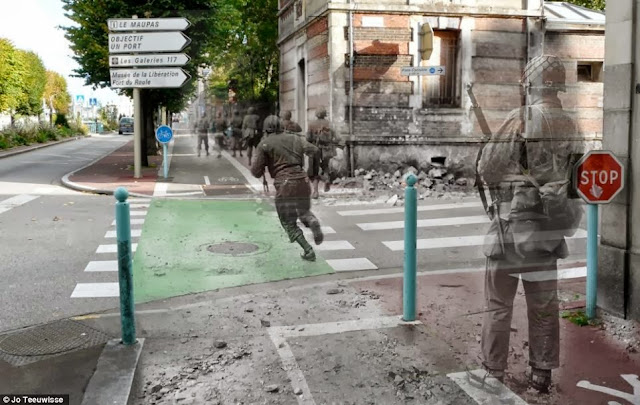 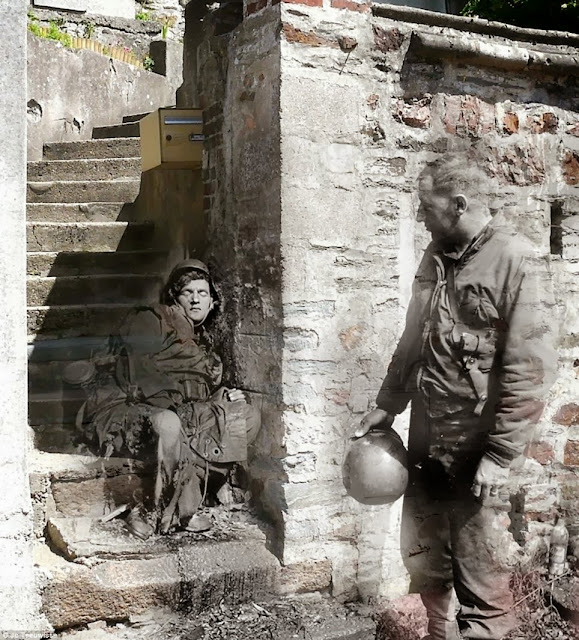 The touches of colour show today’s stairs, the black and white shows the grim scene on those stairs in 1944 on Rue Armand Levéel in the French city of Cherbourg 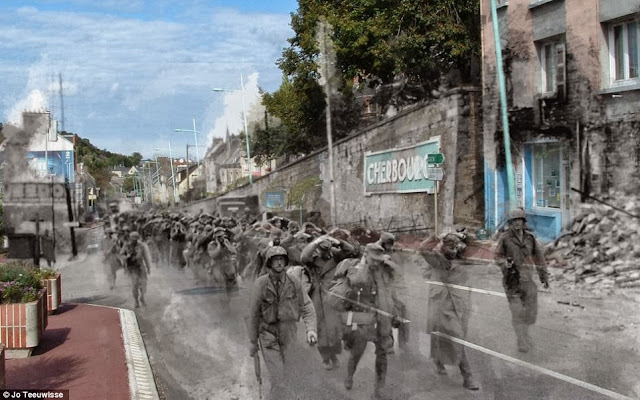 German prisoners of war being walked through Cherbourg 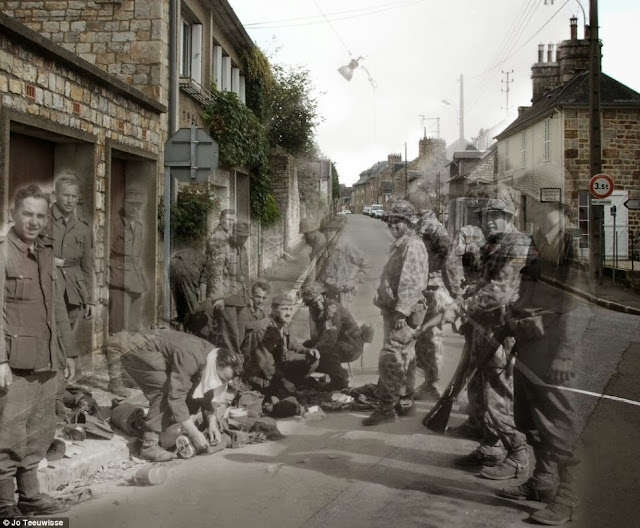 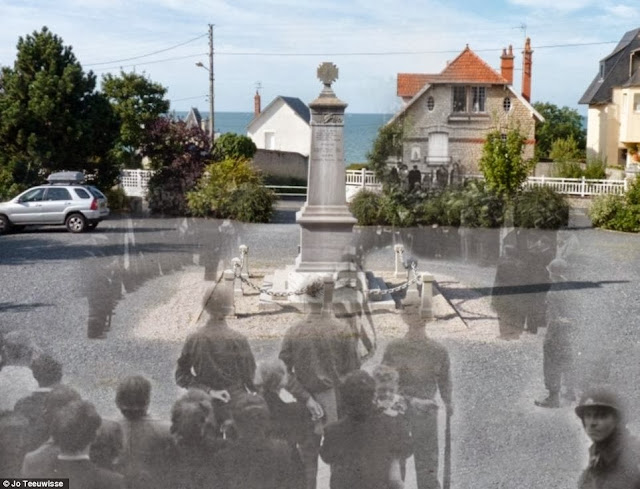 Seth Taras has done the same with images for the History Channel for its “Know Where You Stand” campaign: 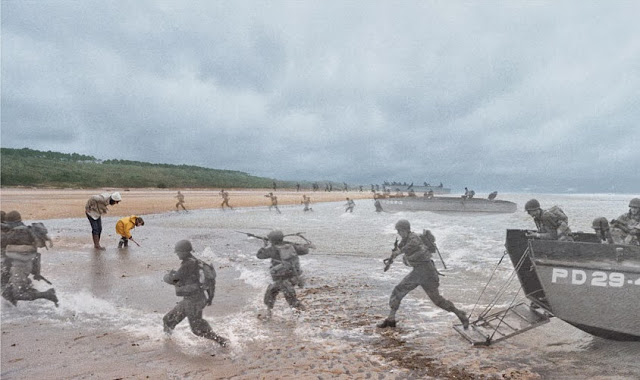 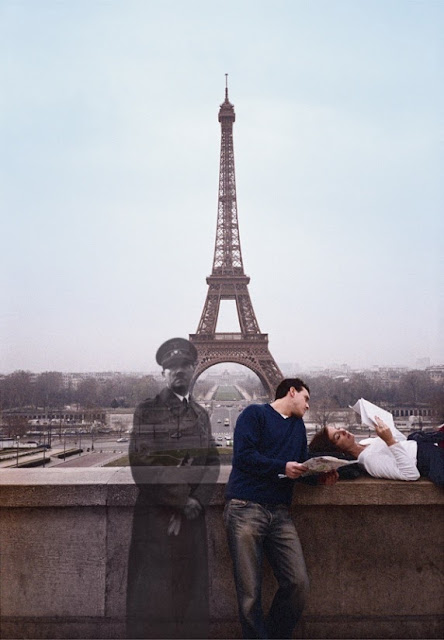 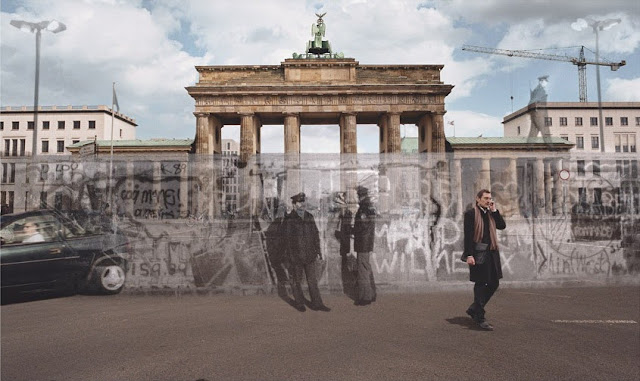 The Berlin Wall and two soldiers float behind a man talking on his mobile phone (1989/2004). 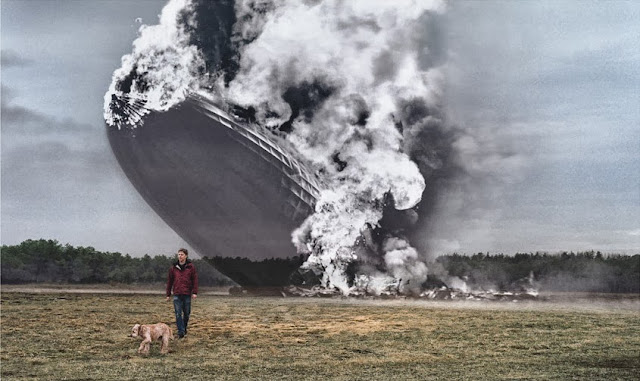 (More Then and Now images in coming weeks).

Posted by BytesMaster at 1:01 AM