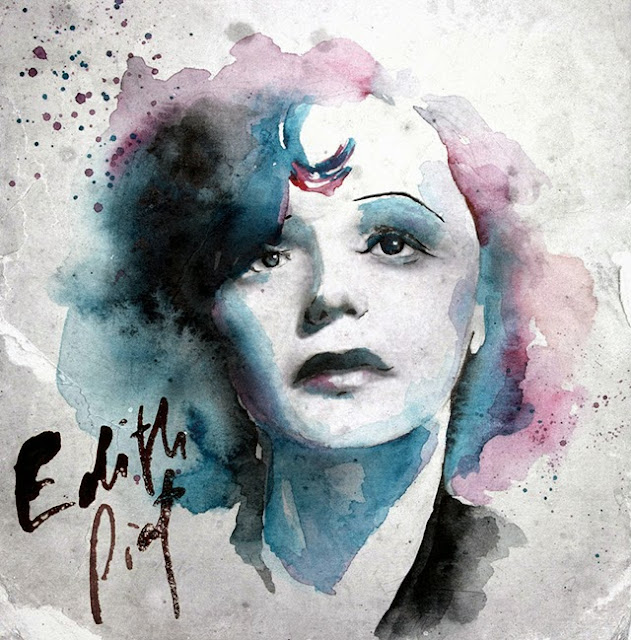 “Every damn fool thing you do in this life you pay for.”

Édith Piaf (1915 – 1963), born Édith Giovanna Gassion, was a French singer and cultural icon who became widely regarded as France's national popular singer, as well as being one of France's greatest international stars. Her singing reflected her life, with her specialty being ballads. 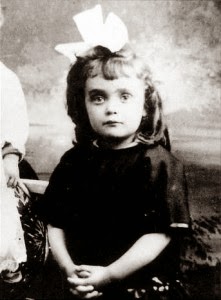 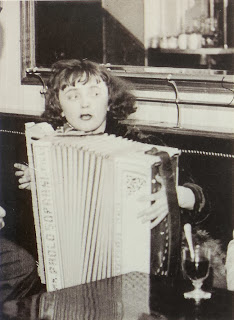 Piaf was abandoned at birth by her mother, a Parisian cafe singer, and her father, a circus acrobat, she was raised for a time by her paternal grandmother who ran a brothel in Normandy. There she was looked after by the prostitutes who worked in the establishment. Blind from karatitis at age three, she was sent at age 7 on a pilgrimage honouring Saint Therese, funded by the combined monies of the working girls at her grandmother’s brothel. The pilgrimage reportedly cured the blindness. At age 14 she joined her father in acrobatic street performances and began to sing in public. 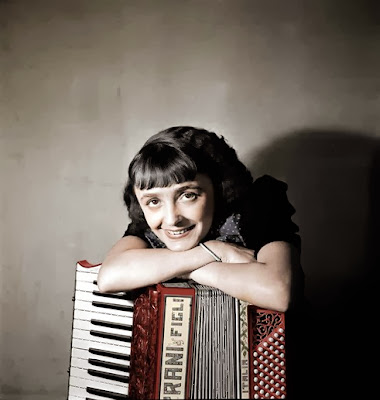 Parting with her father, she remained singing on the streets, At age 16 she fell in love with a delivery and had her only child, a girl Marcelle, by him at 17. He raised the child but she died of meningitis at age 2.

She was discovered in the Pigalle area of Paris by nightclub owner Louis Leplee. Her extreme nervousness and her height of 142 centimetres (4 ft 8 in), inspired him to give her the nickname La Môme Piaf ("The Waif Sparrow", "The Little Sparrow", or "Kid Sparrow"). Leplée taught her the basics of stage presence and told her to wear a black dress, later to become her trademark apparel. Leplee used marketing and publicity to boost her nightclub performances into a number of recordings. Following Leplee’s murder in 1936 by mobsters with ties to Piaf, she was acquitted of being an accessory in his death. She engaged Raymond Asso to counter the resultant negative publicity, a man with whom she would later be romantically involved. He changed her name to Edith Piaf and commissioned songs for her that had allusions to her earlier life on the streets. 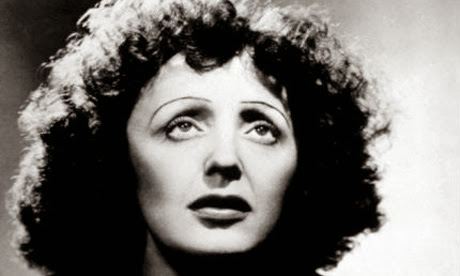 She was France’s most popular entertainer during the years of World War 2 and, subsequent thereto, became an international success. She appeared on the Ed Sullivan show eight times and at Carnegie Hall twice. 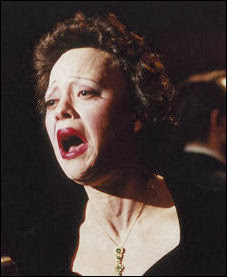 Piaf died of liver cancer at age 47 in her villa in the French Riviera in 1963. Her last words - “Every damn fool thing you do in this life you pay for.” – followed months of passing in and out of consciousness. She is buried in Paris next to her daughter Marcelle.

Denied a funeral mass by the Roman Catholic Archbishop of Paris because of her lifestyle, her funeral procession nonetheless drew tens of thousands of mourners. The ceremony at the cemetery was attended by 100,000 fans, causing Charles Aznavour (whose career she had helped launch) to comment that it was the only time since the end of WW2 that he saw the traffic in Paris come to a complete stop.

I want to make people cry even when they don't understand my words.

I think you have to pay for love with bitter tears.

You never know a guy till you've tried him in bed. You know more about a guy in one night in bed than you do in months of conversation. In the sack, they can't cheat!

For me, singing is a way of escaping. It is another world. I'm no longer on earth.

As far as I'm concerned, love means fighting, big fat lies, and a couple of slaps across the face.

If God has allowed me to earn so much money, it is because He knows I give it all away.