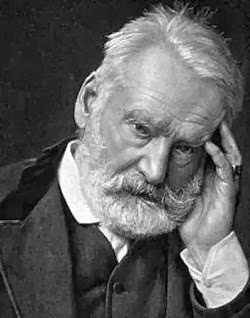 Les Miserables, by Victor Hugo, has a sentence 823 words long, separated by 93 commas and 51 semicolons:

"The son of a father to whom history will accord certain attenuating circumstances, but also as worthy of esteem as that father had been of blame; possessing all private virtues and many public virtues; careful of his health, of his fortune, of his person, of his affairs, knowing the value of a minute and not always the value of a year; sober, serene, peaceable, patient; a good man and a good prince; sleeping with his wife, and having in his palace lackeys charged with the duty of showing the conjugal bed to the bourgeois, an ostentation of the regular sleeping-apartment which had become useful after the former illegitimate displays of the elder branch; knowing all the languages of Europe, and, what is more rare, all the languages of all interests, and speaking them; an admirable representative of the “middle class,” but outstripping it, and in every way greater than it; possessing excellent sense, while appreciating the blood from which he had sprung, counting most of all on his intrinsic worth, and, on the question of his race, very particular, declaring himself Orleans and not Bourbon; thoroughly the first Prince of the Blood Royal while he was still only a Serene Highness, but a frank bourgeois from the day he became king; diffuse in public, concise in private; reputed, but not proved to be a miser; at bottom, one of those economists who are readily prodigal at their own fancy or duty; lettered, but not very sensitive to letters; a gentleman, but not a chevalier; simple, calm, and strong; adored by his family and his household; a fascinating talker, an undeceived statesman, inwardly cold, dominated by immediate interest, always governing at the shortest range, incapable of rancor and of gratitude, making use without mercy of superiority on mediocrity, clever in getting parliamentary majorities to put in the wrong those mysterious unanimities which mutter dully under thrones; unreserved, sometimes imprudent in his lack of reserve, but with marvellous address in that imprudence; fertile in expedients, in countenances, in masks; making France fear Europe and Europe France! Incontestably fond of his country, but preferring his family; assuming more domination than authority and more authority than dignity, a disposition which has this unfortunate property, that as it turns everything to success, it admits of ruse and does not absolutely repudiate baseness, but which has this valuable side, that it preserves politics from violent shocks, the state from fractures, and society from catastrophes; minute, correct, vigilant, attentive, sagacious, indefatigable; contradicting himself at times and giving himself the lie; bold against Austria at Ancona, obstinate against England in Spain, bombarding Antwerp, and paying off Pritchard; singing the Marseillaise with conviction, inaccessible to despondency, to lassitude, to the taste for the beautiful and the ideal, to daring generosity, to Utopia, to chimeras, to wrath, to vanity, to fear; possessing all the forms of personal intrepidity; a general at Valmy; a soldier at Jemappes; attacked eight times by regicides and always smiling; brave as a grenadier, courageous as a thinker; uneasy only in the face of the chances of a European shaking up, and unfitted for great political adventures; always ready to risk his life, never his work; disguising his will in influence, in order that he might be obeyed as an intelligence rather than as a king; endowed with observation and not with divination; not very attentive to minds, but knowing men, that is to say requiring to see in order to judge; prompt and penetrating good sense, practical wisdom, easy speech, prodigious memory; drawing incessantly on this memory, his only point of resemblance with Caesar, Alexander, and Napoleon; knowing deeds, facts, details, dates, proper names, ignorant of tendencies, passions, the diverse geniuses of the crowd, the interior aspirations, the hidden and obscure uprisings of souls, in a word, all that can be designated as the invisible currents of consciences; accepted by the surface, but little in accord with France lower down; extricating himself by dint of tact; governing too much and not enough; his own first minister; excellent at creating out of the pettiness of realities an obstacle to the immensity of ideas; mingling a genuine creative faculty of civilization, of order and organization, an indescribable spirit of proceedings and chicanery, the founder and lawyer of a dynasty; having something of Charlemagne and something of an attorney; in short, a lofty and original figure, a prince who understood how to create authority in spite of the uneasiness of France, and power in spite of the jealousy of Europe, — Louis Philippe will be classed among the eminent men of his century, and would be ranked among the most illustrious governors of history had he loved glory but a little, and if he had had the sentiment of what is great to the same degree as the feeling for what is useful."

In contrast to the above, when Les Miserables was first published in 1862, Hugo sent a telegram to his publisher to ask how it was selling. The telegram simply said “?”. The publisher replied in kind with “!”.

Although Hugo’s 823 word sentence is often reputed to be the longest in history, that is not correct. It is, however, one of the longest in French literature.

Some other long sentences:

· A Polish novel, Gates of Paradise by Jerzy Andrzejewski, has a 40,000 word sentence.

· A Czech novel, Dancing Lessons for the Advanced in Age by Bohumil Hrabal, has a sentence that is 128 pages long. 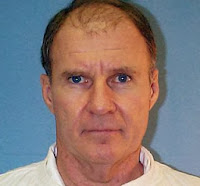 The longest prison sentence ever given was not for murder or dealing drugs but for not delivering letters. This was in Spain where the failure to deliver letters is regarded by the State as fraud. Gabriel March Grandos, a 22 year old mailman of Palma de Mallorca was sentenced in 1972 for not delivering nearly 43,000 letters. There is no record that I can find as to what he did with the letters but the penalty certainly is on record: 384,912 years. He remains in jail.

Dudley Wayne Kyzer was given a 10,000 year sentence in 1981 for murdering his wife, the longest sentence given in the US. He received an extra life sentence for each of the murders of his mother in law and a college student. 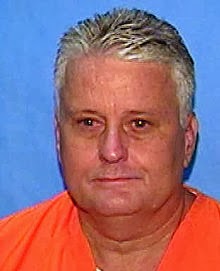 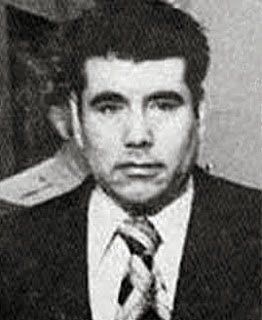 In 1971 Juan Corona was convicted of murdering 25 farm labourers who had worked for him. All the victims had been killed within a 6 week period by a machete. Although the motive was never clear, there is speculation that it was to prevent the victims disclosing homosexual contact. Corona received 25 life sentences to run consecutively. 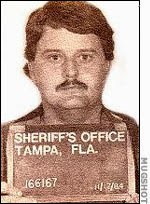 In 1994 Oklahoma rapist Darron Bennalford Anderson received a 2,200-year jail sentence. On appeal he was granted a new trial but was convicted again. This time he received more than 90 additional centuries jail, including 4,000 years each for rape and sodomy, 1,750 years for kidnapping, 1,000 years for burglary and robbery, and 500 years for grand larceny. Anderson appealed the sentence to the Oklahoma Court of Criminal Appeals which found that he should not have been convicted of the grand larceny charge. The court reduced his sentence by 500 years so that he is now due for release in 13,744 instead of 13, 244.