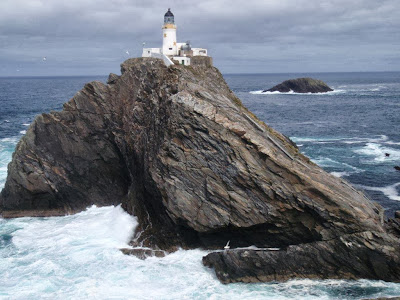 As regular readers know, I am a member of Lazarus, a team that takes part in a weekly Trivia comp, hosted by Mr Trivia, Graham.

The way Graham structures the night is that there are two rounds, then a final question. Teams can wager as many of their accumulated points as they wish on the final question. If they get is right, they get double the number of points wagered added to their original score. If they get it wrong, they lose what they have bet. The rub is that the last question, in a category selected by the leading points scoring team, is so hard that it is virtually a guess. It is a multiple choice question. We always bet everything on the 'no guts, no glory' philosophy and invariably we end up with a zero score.

Last week the multiple choice question related to geography and asked in which group of British islands the Muckle Flugga Lighthouse was located. We picked the Orkney Islands but it was the Shetlands.

I was intrigued enough to look up the strangely named location and discovered the following:

Muckle Flugga is a small rocky island in the Shetland Islands in Scotland.

Although it is often described as the northernmost point of the British Isles, a smaller nearby islet called Out Stack is further north.

According to local folklore, Muckle Flugga and Out Stack were formed when two giants, Herma and Saxa, fell in love with the same mermaid. They fought over her by throwing large rocks at each other, one of which became Muckle Flugga. To get rid of them, the mermaid offered to marry whichever one would follow her to the North Pole. They both followed her and drowned, as neither could swim.  It was probably just as well, could you imagine the wedding night for the happy couple?

Muckle Flugga Lighthouse is located on the island. 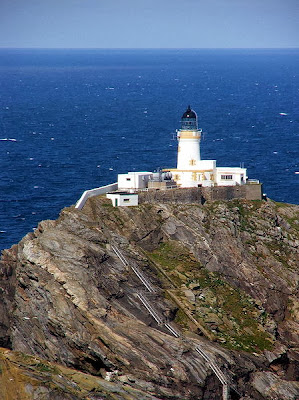 Although Out Stack is further north, Muckle Flugga used to be the northernmost inhabited island but it forfeited that accolade when the lighthouse was automated and the last residents moved out.

There were plans to establish a distillery at Muckle Flugga but the plans didn’t go anywhere. Nonetheless there is still a Muckle Flugga whiskey: 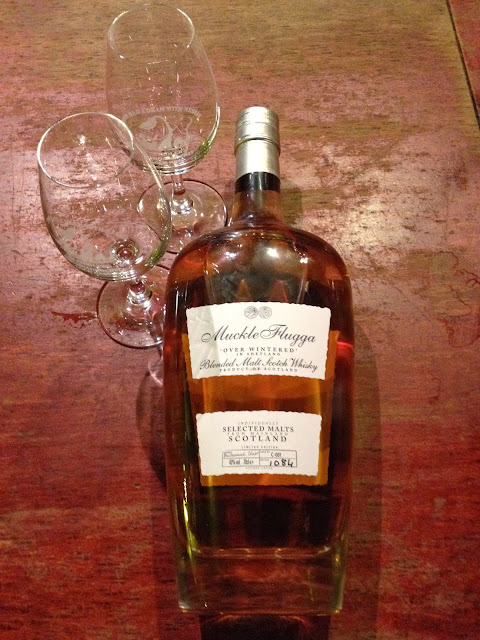 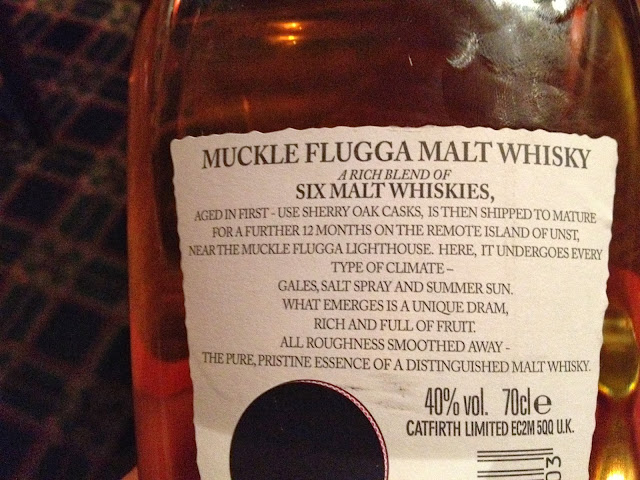 It would appear to be a far cry from being as rough as a badger's arse.

There is also a band by the name of Muckle Flugga that plays traditional Celtic music. 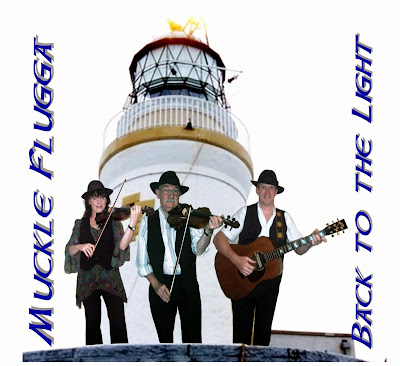 Posted by BytesMaster at 1:19 AM