Having read an item yesterday on news.com that I wanted to share via Bytes (which I will do a little later in this post), the words of Sir Archibald Kerr (1882-1951) came to mind. I have previously posted about Sir Archibald, an Australian who served as a British diplomat, being Ambassador to China 1938 to 1942, as Ambassador to the Soviet Union between 1942 and 1946 and to the US between 1946 and 1948. 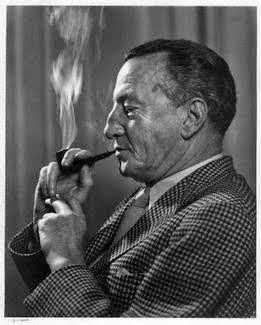 Despite his many years of loyal service to Britain, his friendships with Stalin during WW2 and the Kaiser’s sister before WW1, and the fact that he was a disappointed suitor of the Queen Mother, he is today best remembered for a letter he wrote to Lord Pembroke in 1943 whilst he was Ambassador to Moscow:

Superb.  One luxuriates in the beauty of the language, simple, informal, yet elegant.

And so it is that, like Sir Archibald, I wish to share a report which, in our modern dark days, is also a shaft of light that spills from Heaven . . .

ACTIONS can speak louder than words.

A man was in a queue at a Burger King fast food restaurant in the US, when a mother and child lined up behind him.

“I hadn’t had the greatest of days and I had a headache coming on. It was a very long line and I was at the end of it, waiting patiently, when behind me comes this woman yapping on her cellphone with a little monster of a child. This kid was out of control, screaming, punching his mother throwing around a Gameboy whenever something didn’t go right in the game,” the man posted on reddit.

The mother allegedly did not pay the boy any attention as his tantrum got worse, yelling out: “I want a fucking pie”.

“After about 5 minutes of the line with these people behind me, I had gone from a headache to a full on migraine, but nothing was going to stop me from getting those burgers. I calmly turn and ask her nicely if she can please calm or quiet her child down. Immediately she gets up in my face telling me I can’t tell her nothing about raising her child and to mind my own business,” the man continued.

With his head pounding the man decided he could tell the woman something about raising her child and teach them a lesson.

“I then decide to ruin their day. I order every pie they have left in addition to my burgers,” the man continued.

“Turned out to be 23 pies in total, I take my order and walk towards the exit. Moments later I hear the woman yelling, what do you mean you don’t have any pies left, who bought them all?”

The man concludes: “I turn around and see the cashier pointing me out with the woman shooting me a death glare. I stand there and pull out a pie and slowly start eating as I stare back at her. She starts running towards me but can’t get to me because of other line-ups in the food court. I turn and slowly walk away.”