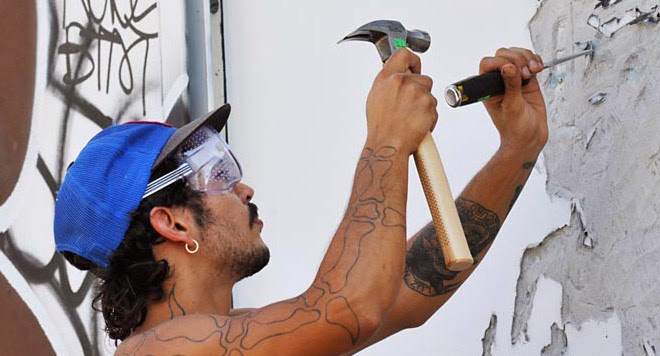 It’s difficult enough to draw or paint a picture that looks like something, harder still to make it out of odd materials such as have graced these pages in the past: recycled materials, plastic bags, junk, food and so on.

So how about creating art by chiseling into brick and concrete walls?

Check these out the examples below of impressive street art.  They are by Portuguese artist Vhils, whose unfortunate real name is Alexandre Farto and who likes depict ordinary people he has met:

I like the idea of turning ordinary, common people into icons, to contrast this with the need people seem to have to create icons in the first place. Instead of creating icons out of people who have changed history, like what Warhol was doing with Mao and others, I take an ordinary person and try and make people think about the ordinary citizens who struggle everyday to eke a living in contemporary society. 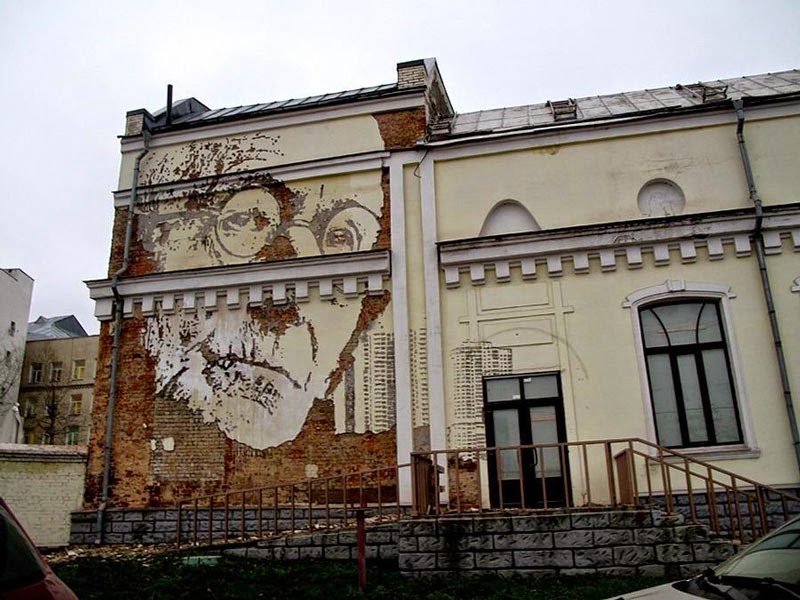 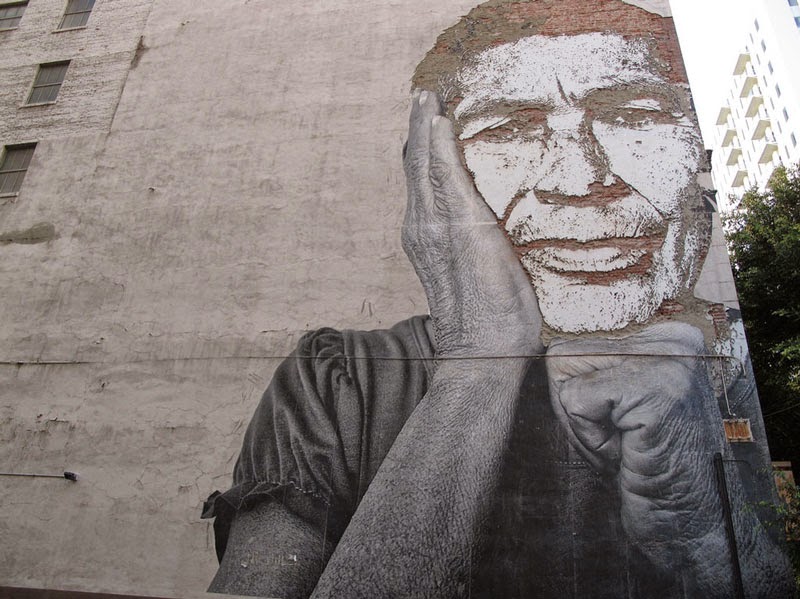 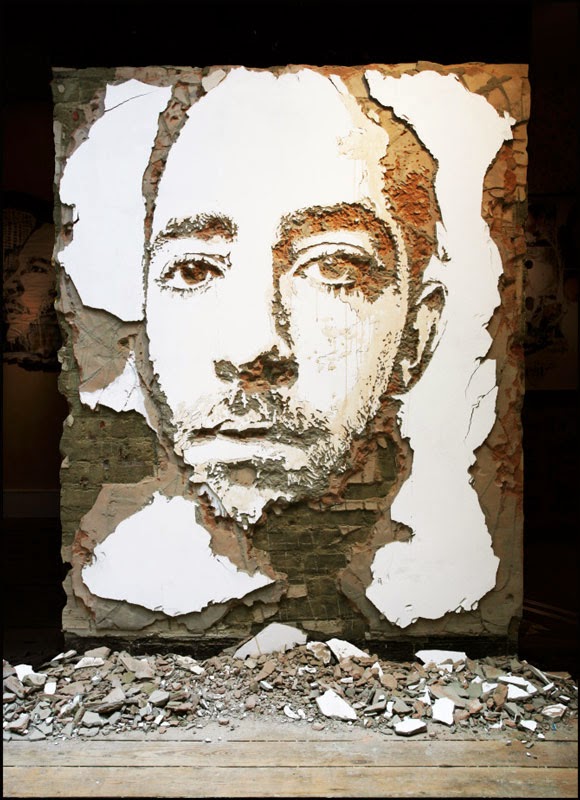 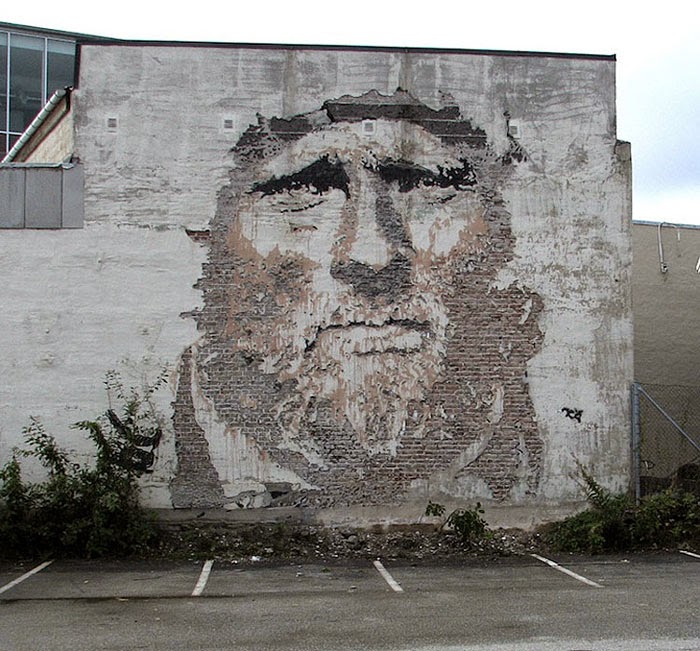 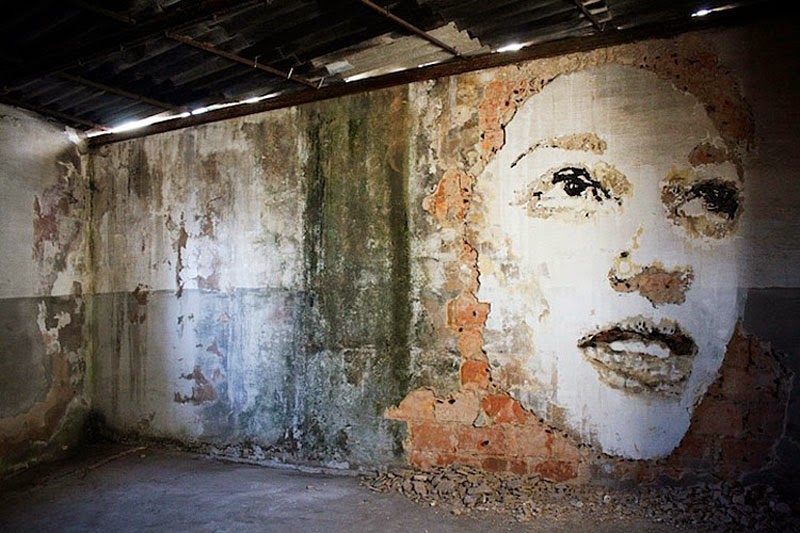 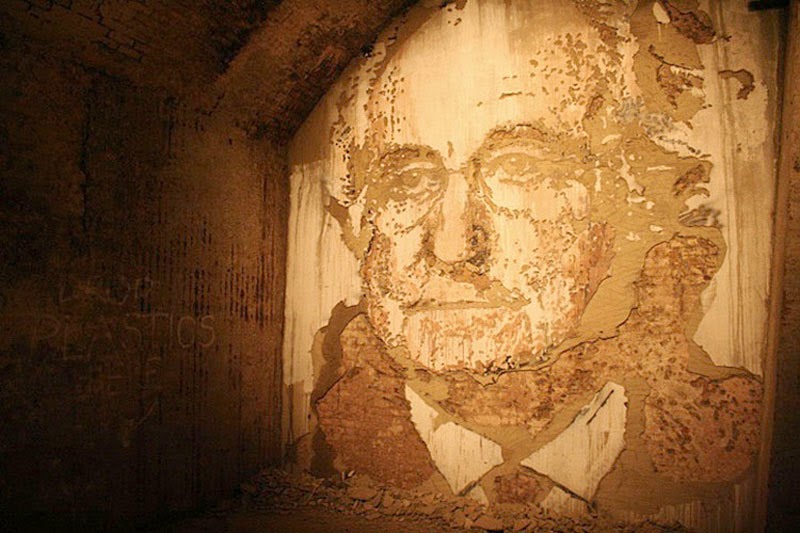 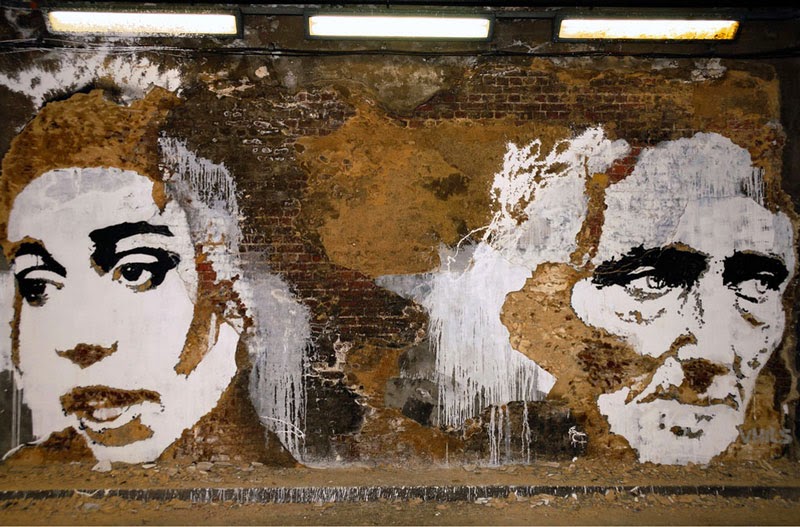 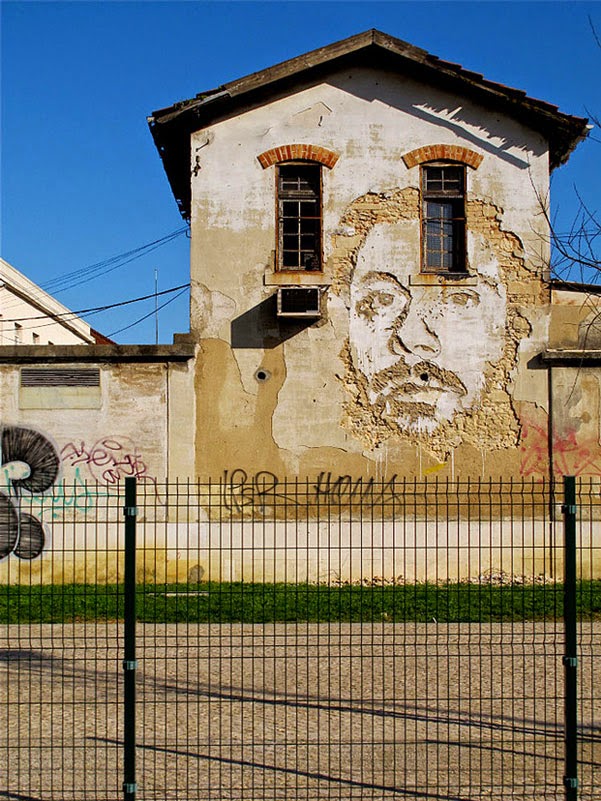 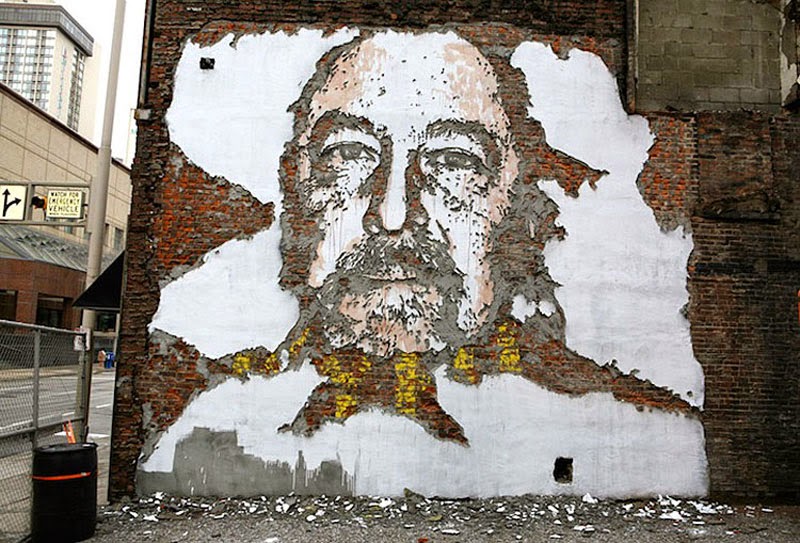 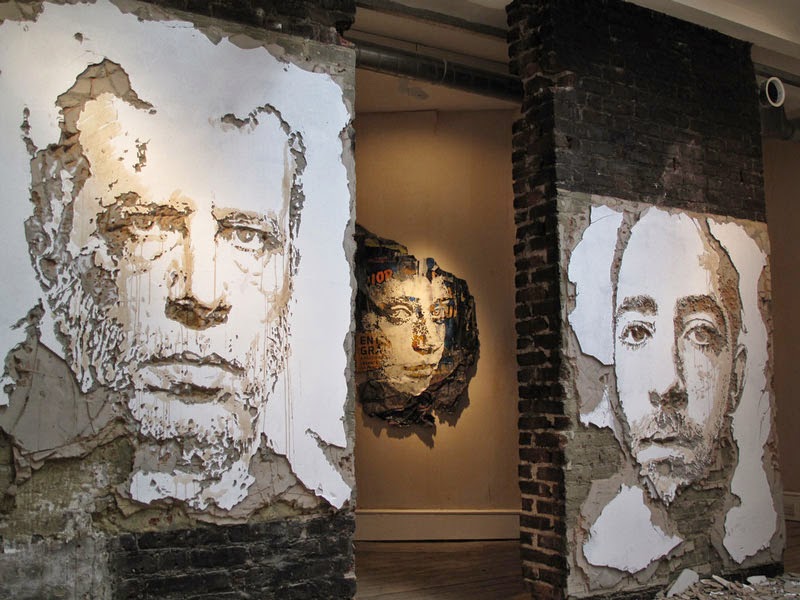 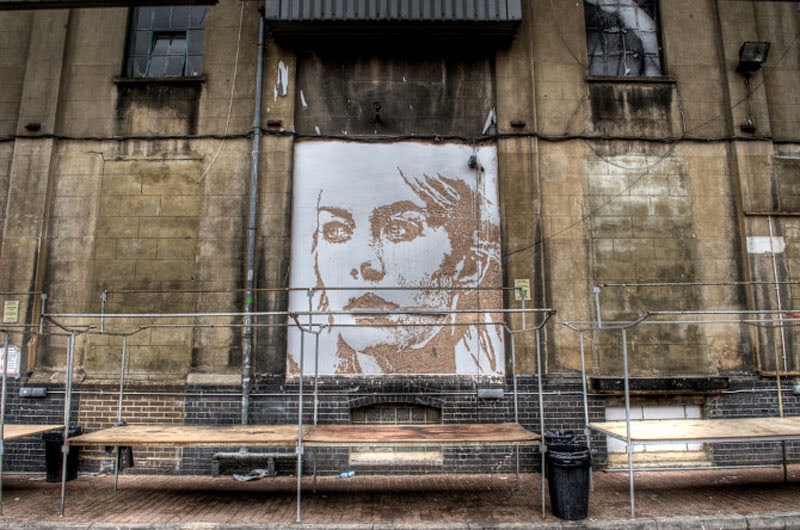 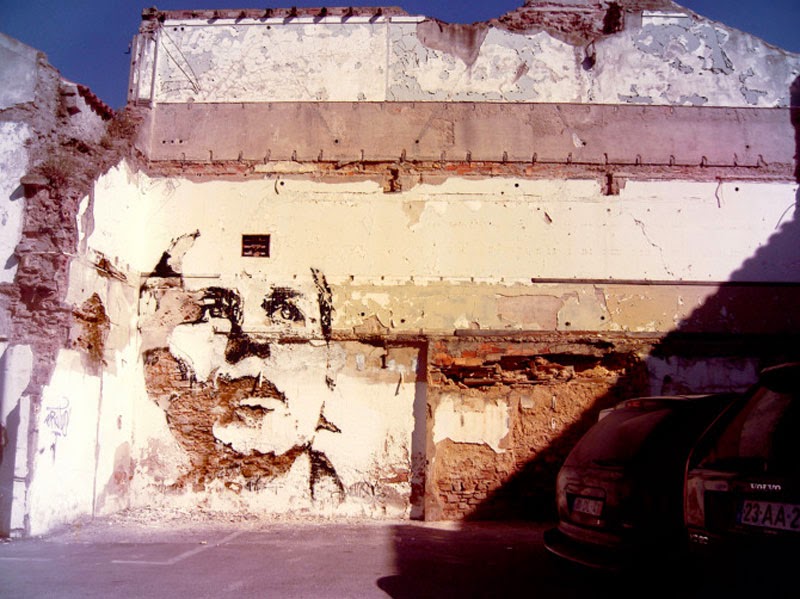 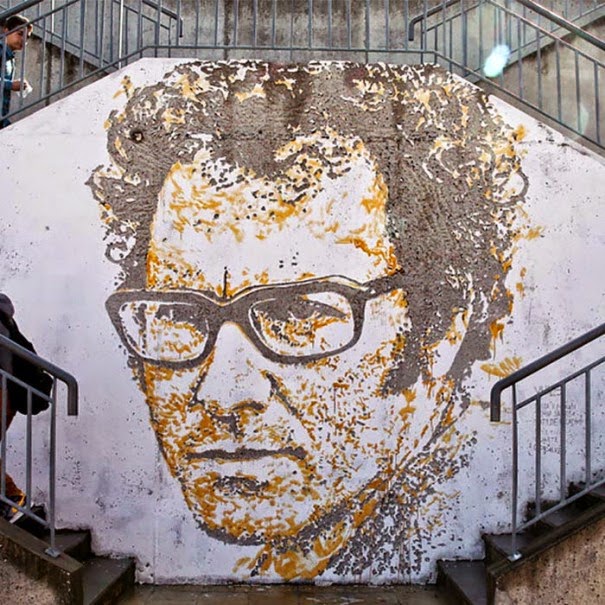 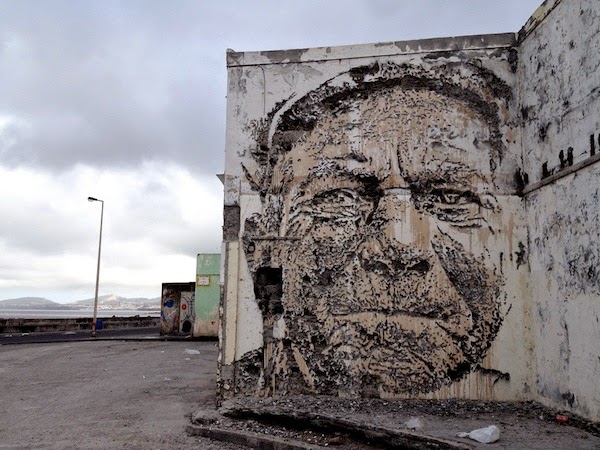 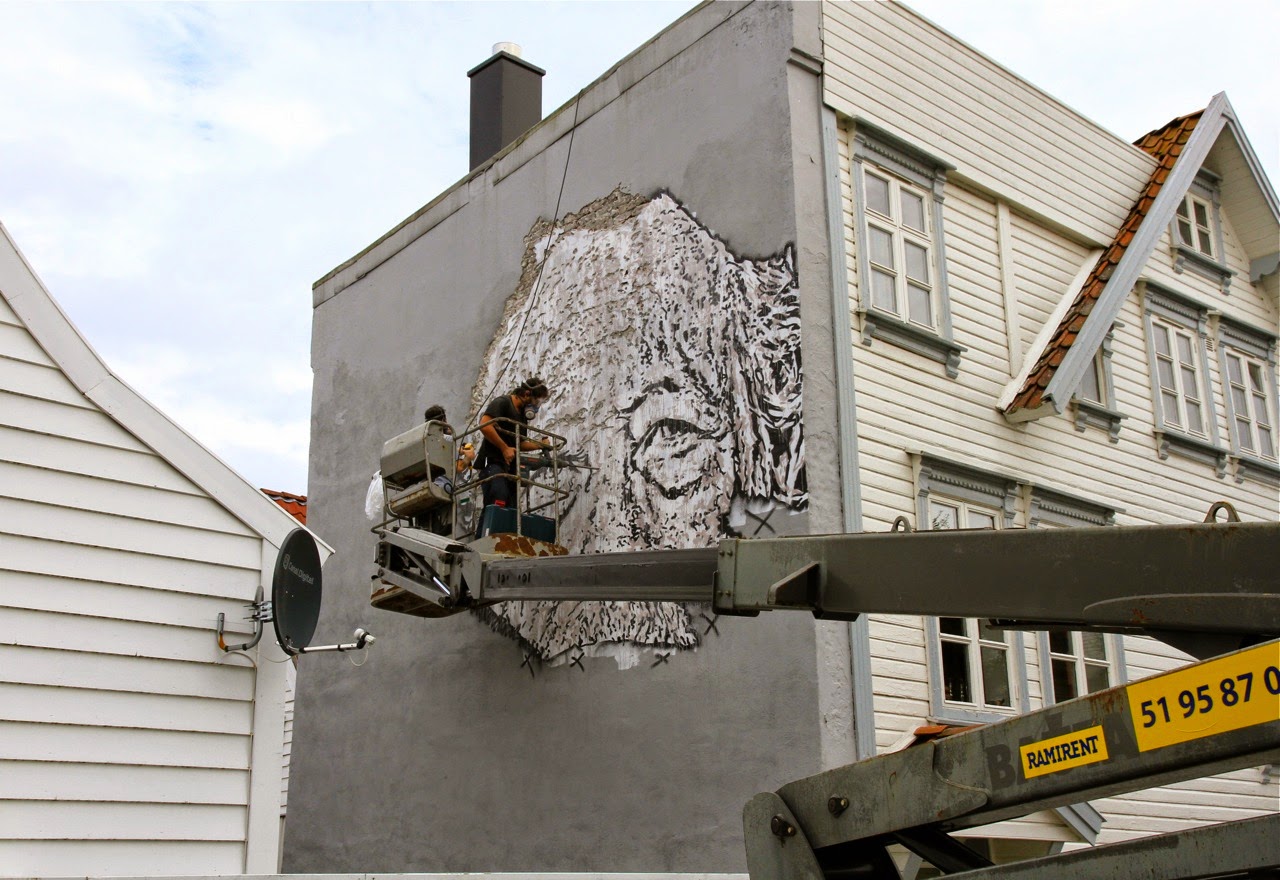 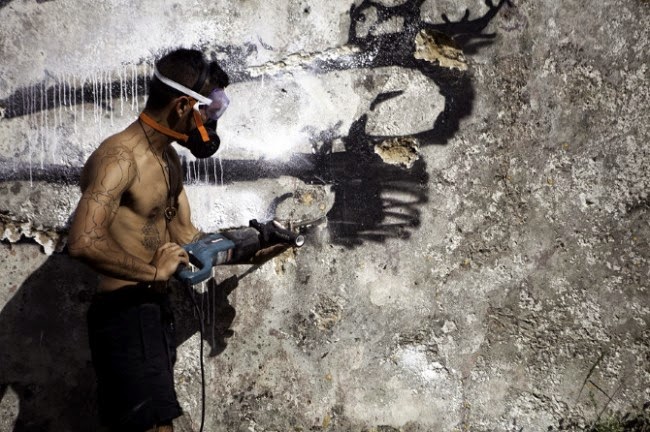 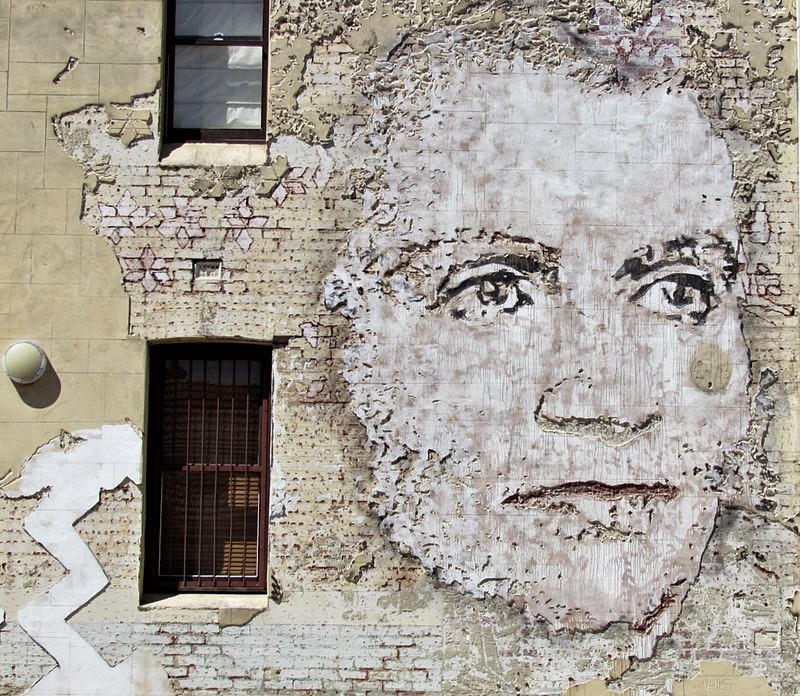 THE IDEA OF CARVING WALLS evolved when I was growing up in Lisbon. After the revolution in '74—a coup that took down the right-wing dictatorship—there was this big movement of people doing murals, mostly political ones. But by the beginning of the ‘80s, the murals started crumbling and fading away, forgotten somehow. Then there was a big construction boom. Billboards went up over the murals, and then came the graffiti. In the space of 20 years, the city grew fat with these layers.

As a kid, I remember seeing how these murals would peel. I started thinking about how my work could use the layers of the past to reflect the city, to show people living in it and how their identity was lost, or forgotten. I started to paint these walls of billboards white, then carve away the negative spaces. It’s not illegal, because that sort of advertising was illegal already. Carving these walls, peeling away these layers, it’s like contemporary archaeology.

My studio is outside. When I travel I gather a lot of elements in my sketchbook, and in the studio I compose them on the computer. It’s like creating an album. This one is a local guy from Lisbon named Paulo. The idea is to empower common people, give them their space in the city. What’s your definition of an icon? Why should someone be on a big façade? Why not regular people who fight every day for their walls? The project humanizes the city, gives it a face.