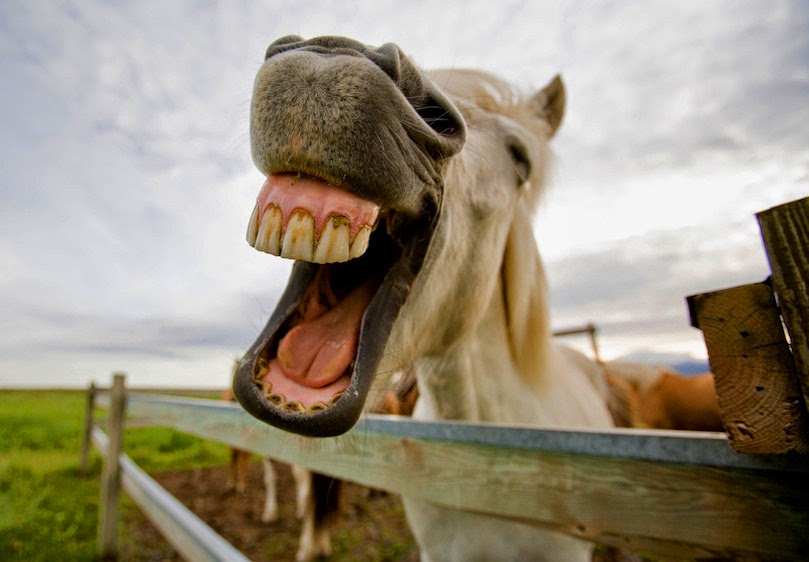 I overlooked that Friday, 1st August, was all horses’ birthday.

(All thoroughbreds have the same birthday so that their ages can be standardised for comparison because of the historical lack of records of actual birth days. Their birthdays are January 1st in the northern hemisphere and August 1st in the southern hemisphere, these dates being the end of winter, beginning of spring in each hemisphere.) After the first time a horse is alive on August 1st it is considered a yearling. The next August 1st is its 2nd birthday and it is considered 2 years old, even though it could conceivably be one year one day old.)

A young boy is out riding his brand new bicycle when he is stopped by a police officer riding a horse. The policeman says to the boy, "Did Santa Claus bring you that new bike for Christmas?"

The boy says, "He sure did." The policeman responds by saying with a grin, "Well next year, tell Santa to bring you a taillight for that bike. Here's a bicycle safety violation ticket for $25."

The boy asks the cop, "So did Santa bring you that horse for Christmas?"

The policeman jokingly says, "Yes he did."

The boy responds, "Well next year tell Santa to put the dick under the horse instead of on top!" 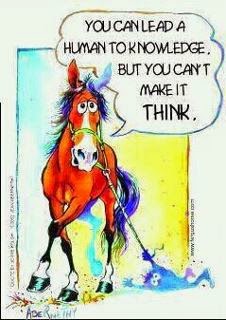 The other day I realised I can exactly replicate the sound of hitting two coconut shells together simply by riding a horse down a cobbled street.

* * * * * * * *
The trainer was giving last minute instructions to the jockey and appeared to slip something into the horse's mouth just as a steward walked by. "What was that?" inquired the steward. "Oh nothing" said the trainer, "just a polo mint". He offered one to the steward and had one himself. After the suspicious steward had left the scene the trainer continued with his instructions "Just keep on the rail. You are on a certainty. The only thing that could possibly pass you down the home straight is either the steward or me".

A white horse walks into a bar. The barman says, "Here, mate, we've got a drink named after you!"

The horse says, "You have a drink named Steve?"

(An alternate version has it that it is a grasshopper that walks into the bar and when told of the drink named after him, he asks “Bruce?”) 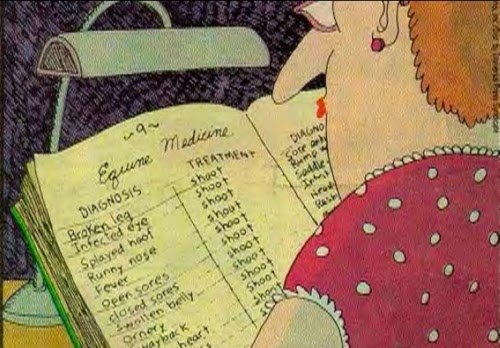 My wife and daughter are leaving because of my obsession with horse racing.

An old Indian was asked the name of his wife.

"That's an unusual name for your wife, Three Horse. What does it mean?"

The Lone Ranger was ambushed and captured by an enemy Indian war party.

The Indian Chief proclaims, "So, you are the great Lone Ranger. In honour of the Harvest Festival, you will be executed in three days. But, before I kill you, I will grant you three requests. What is your first request?"

The Lone Ranger responds, "I'd like to speak to my horse."

The Chief nods and Silver is brought before the Lone Ranger, who whispers in Silver's ear, and the horse gallops away.

Later that evening, Silver returns with a beautiful blonde woman on his back.

As the Indian Chief watches, the blonde enters the Lone Ranger's Tent and spends the night.

The next morning the Indian Chief admits he's impressed. "You have very fine and loyal horse, but I will still kill you in two days. What is your second request?"

The Lone Ranger again asks to speak to his horse. Silver is brought to him, and he again whispers in the horse's ear.

As before, Silver takes off across the plains and disappears over the horizon. Later that evening, to the Chief's surprise, Silver again returns, this time with a brunette, even more attractive than the blonde.

She enters the Lone Ranger's tent and spends the night. The following morning the Indian Chief is again impressed. "You are indeed a man of many talents, but I still kill you tomorrow.

"What is your last request?"

The Lone Ranger responds," I'd like to speak to my horse....ALONE."

The Chief is curious, but he agrees, and Silver is brought to the Lone Ranger's tent.

Once they're alone, the Lone Ranger grabs Silver by both ears, looks him square in the eye and says: 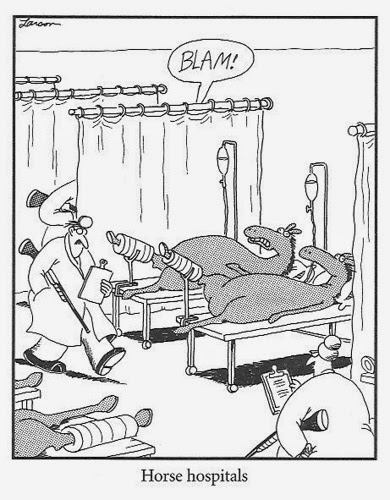 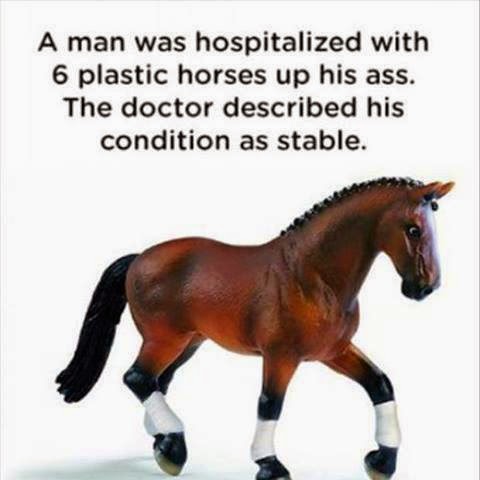