Byter Graham E (aka Mr Trivia, who hosts our weekly trivi nights) sent me an email (actually, he sent me a plethora, which, to recycle a joke from last Friday, means a lot) with a reference to competing steep streets. Thanks, Graham, “bargain” (it means a great deal).  😊

Recently I asked a question about the steepest street in the world, I believed it was Baldwin Street, in the city of Dunedin, in southern New Zealand.

I saw it when I was there in 2018, at 350 metres long, it reaches a maximum slope of 1:2.86 or 19 degrees! The street is so steep that it's surface had to be laid with concrete instead of asphalt otherwise on a warm day the tar would flow down the slope! 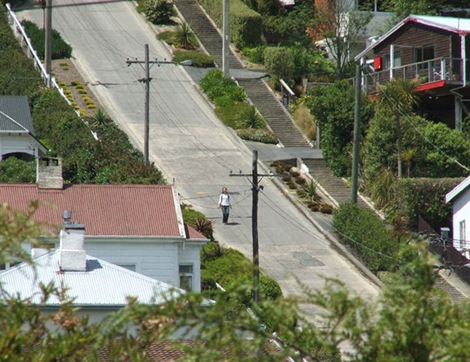 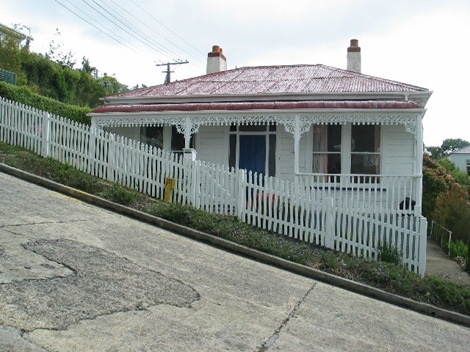 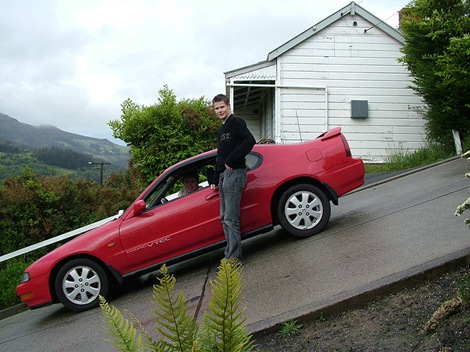 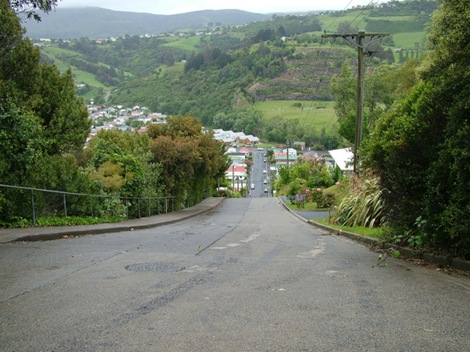 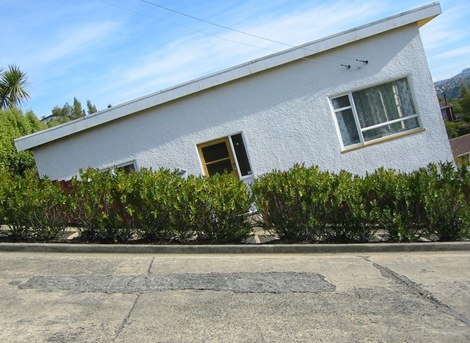 But, as usual, someone knew better !

On July 16, 2019, a meandering street in north-west Wales was confirmed as the steepest in the world. Ffordd Pen Llech in the historic town of Harlech – better known for its castle and rousing song, Men of Harlech – has been judged steeper than Baldwin Street in Dunedin. Residents have long campaigned for the title and are planning a huge party to celebrate the accolade. It has been established that the street has a gradient of 37.5% at its steepest point, compared with Baldwin’s Street mere 35% 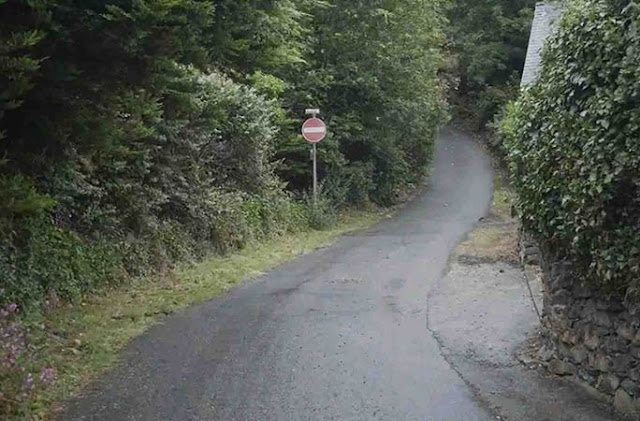 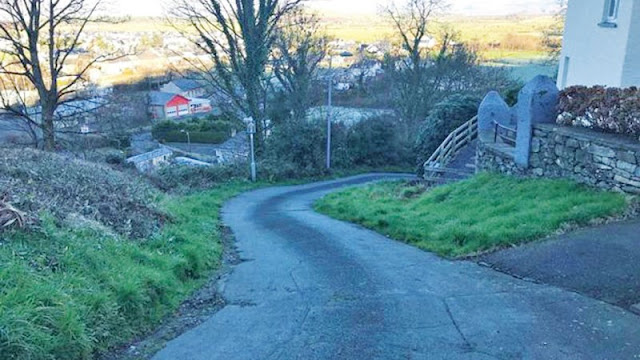 Some comments and additional information from moi:

-     According to google translate, the above phrase translates into English as “That’s the way the cookie stumbles.”

The [New Zealand] street is the venue for an annual event in Dunedin, the Baldwin Street Gutbuster. Every summer since 1988 this exercise in fitness and balance involves athletes running from the base of the street to the top and back down again. The event attracts several hundred competitors annually and the race record is 1:56.In March 2001, a 19-year-old University of Otago student was killed when she and another student attempted to travel down the street inside a wheelie bin. The bin collided with a parked trailer, killing her instantly, and causing serious head injuries for the other student.Since 2002, a further charity event has been held annually in July, which involves the rolling of over 30,000 Jaffas (spherical confectionery-coated chocolate confectionery). Each Jaffa is sponsored by one person, with prizes to the winner and funds raised going to charity. This event follows a tradition started in 1998, when 2,000 tennis balls were released in a sponsored event raising money for Habitat for Humanity.

-     How do you determine the winner of 3 races, each with 25,000 Jaffas rolling down a steep street?  Answer: they’re funneled into a chute and the Keeper of the Nail inserts a nail to close it off after the first 5 go through each time. 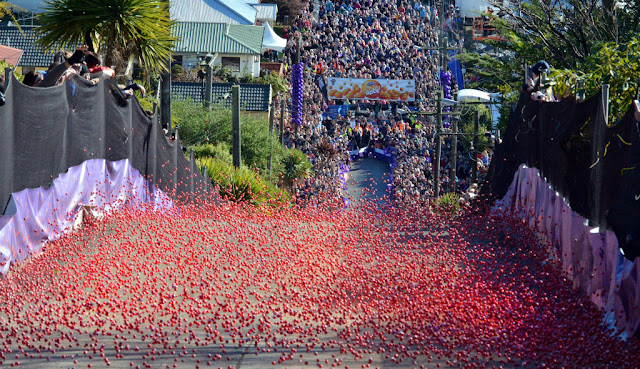 Keeper of the Nail, Kylie Ruwhiu-Karawana, 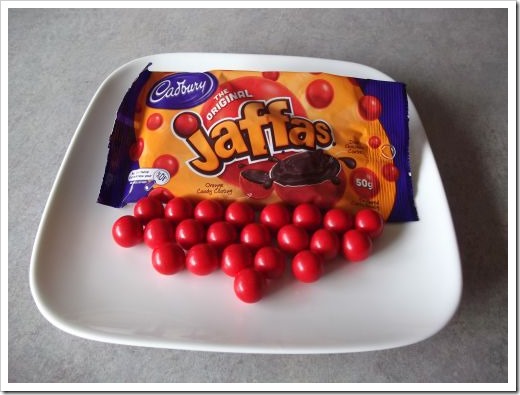 Also dubbed as The Running of the Balls, the Jaffas are labelled with the cumbers of their owners to enable determination of winnners.

-      Upon the Welsh street taking Number 1 position, Otago Chamber of Commerce chief executive Dougal McGowan remarked that it could lead to a drop in visitor numbers to Baldwin Street but would be a "blessing in disguise for some residents fed up with crowds of visitors, trampled gardens and bad driving decisions on the street." Mayor of Dunedin Dave Cull said that the Dunedin City Council could consider altering the signage wording from the world's steepest street to the southern hemisphere's steepest street.

-    Jaffas were developed in 1931 in Oz by Sweetacres.  They were advertised as great fun to roll down cinema aisles in the days before carpeted aisles, resulting in the clack-clack-clack sound as they made their way to the bottom.  Here is an ad showing the fun with litlle regard to OHS: 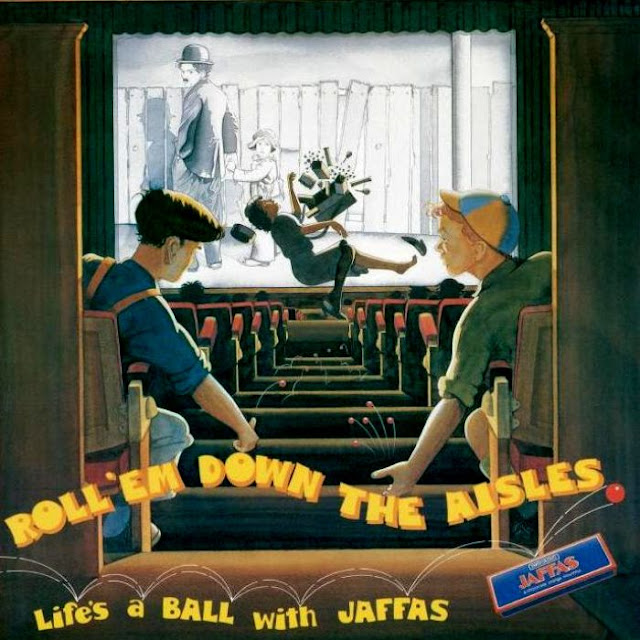 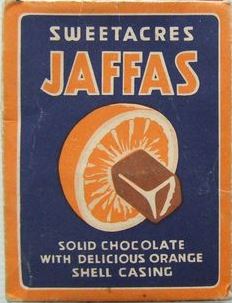