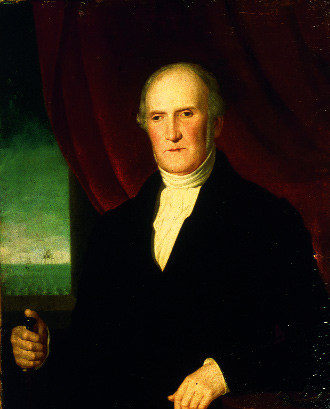 -  He obtained his engineer qualifications.

-  He set up a successful brickmaking business in Belfast and invented several machines for use in brick-making and the building trade, as well as musical instruments, wooden clocks and windmills.

-  In 1833 he patented the screw-pile, for which he would later gain fame and for which he remains remembered.

Alexander, being of an inventive mind, often thought that many lives could be saved if a method could be devised of building lighthouses on shoals or sandbanks. This led to his ingenious invention of the screw pile, in which he was said to have been influenced by the corkscrew and perhaps the force necessary to open a bottle of wine. With his son John (then aged nineteen) he hired a boat and secretly rowed out to a sandbank in Belfast Lough; he screwed down a screw pile, leaving the top end showing above water, and early next morning returned to find it still firmly fixed in position. He carried out a second successful trial of his invention in spring 1833, and soon after went to London to have it patented, but had difficulty getting it adopted. In 1838, through his friendship with James Walker, a civil engineer engaged in the development of the port of Belfast, he was invited by the Corporation at Trinity House, London, to lay the foundations of the Maplin Sands lighthouse in the Thames estuary using the screw pile system. With the assistance of his son John, now also an engineer, the nature of the ground was ascertained using a boring rod about 30ft long and one and a quarter inches in diameter at its lower end, which was screwed down to a depth of 27ft using four cross-levers. 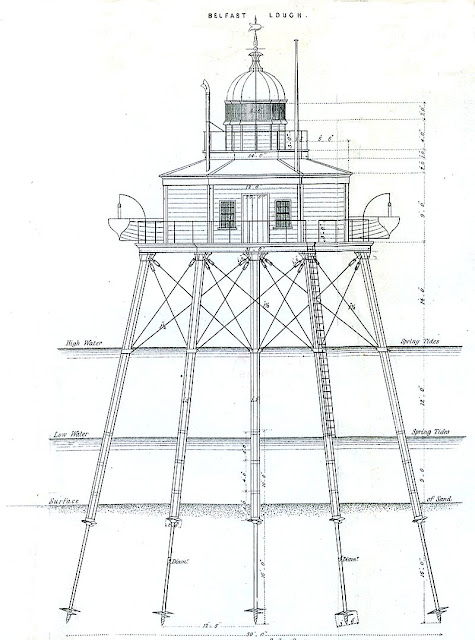 Plan from the late 1840s of Mitchell's lighthouse in Belfast Lough 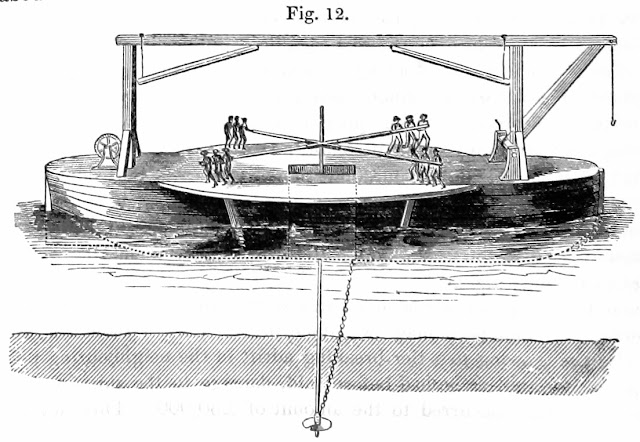 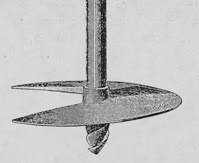 An item from last week’s news, in 3 pics: 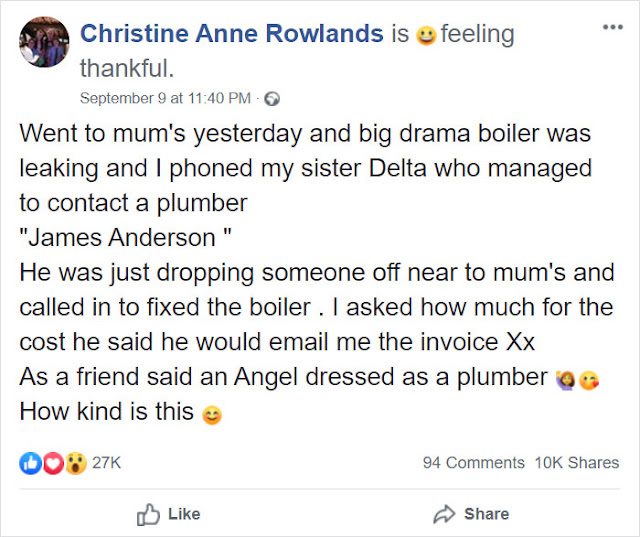 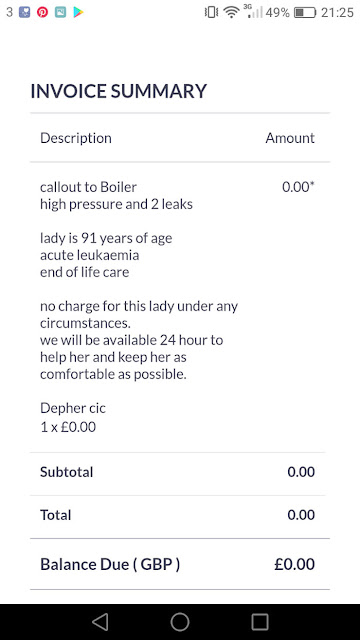 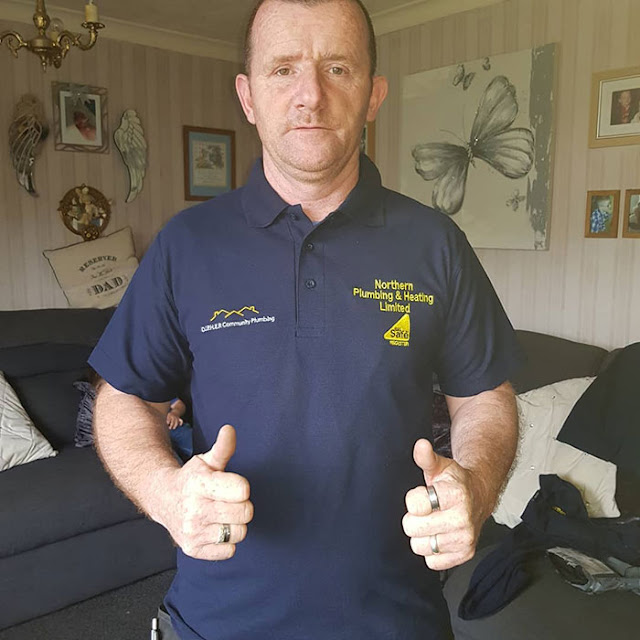 What is even more amazing is that:

- Anderson waived the fee because Rowlands’ mother is suffering from terminal cancer, so instead of billing the family £480, the plumber waived the fee.

- In 2017, Anderson had established a non-profit called Depher CIC whose purpose is to carry out free plumbing services to those people who are often left forgotten – seniors and disabled customers. Since the initiative was brought to life, it has helped over 2,000 people in need.

The Woman Who Found Herself: 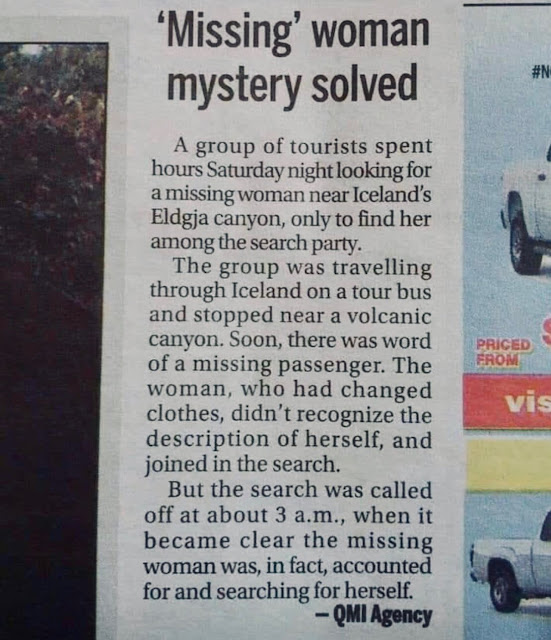 One has visions of the woman searching for the missing tourist and complaining to other searchers “What sort of dickhead goes missing from a tour group, for God’s sake!”
______________

Believe it or not, there once was a racehorse named Potoooooooo, 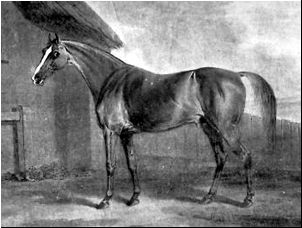 Apparently it was one of the greatest racehorses of the 18th century, famed for his endurance, many of his claimed 34 victories were at distances over four miles and the stallion raced for seven years.

But he is remembered for his name.

The horse was bred by Willoughby Bertie, 4th Earl of Abingdon, in 1773. Abingdon intended to call the young colt "Potatoes" and instructed the stable boy to write the name on a feed bin. The stable boy, unsure of how to spell it, wrote "Potoooooooo" (Pot followed by 8 "o"s), which so amused Abingdon that he adopted the spelling.

Subsequent writers have used a variety of spellings that reflect the intended revised pronunciation, "Potatoes". In The Jockey Club's online database equineline.com, the name is spelled as Pot8O's. The General Stud Book uses Potoooooooo.

Abingdon was 200 years ahead of those personalised car number plates like Cre8 and Devst8.

Potoooooooo died in November 1800 at the age of 27 and was buried at Hare Park. Some 200 years later, his skeleton was uncovered when a tree blew over. The skeleton is on display at the Kings Yard Galleries of the National Horseracing Museum in Newmarket. 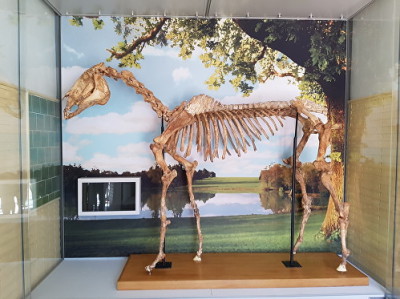 Posted by BytesMaster at 3:26 AM