From Steve M in respect of my query as to whether books and bookshops are disappearing in this age of electronic media:

Those who care may fear not – electronic books are not and never will replace the smell and feel, the joy of holding a real book. Sales on Kindle books and the like peaked at 21% of total book sales in 2016 and have dropped to 19% in 2017 and are still dropping.

Like all things electronic, Kindle type books have their place in society today. They of course offer convenience when we travel (multiple titles take far less space) but generally speaking, us human beings are tactile creatures and we like to touch and hold and generally ‘experience’ things.

Another example of how technology has not really changed us could perhaps be the example of the escalator and moving walkways. Airports seem to have plenty of moving walkways nowadays, but apart from kids chasing each other up and down the wrong way and a few old farts (like me) saving their legs, generally speaking you will find more people walking than ‘riding’. In other words, technology with all its wonderful aspects and offerings enhances our lives, but does not replace our true, human values and pleasures. 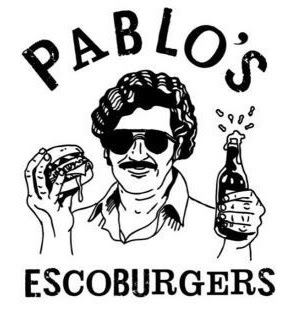 The restaurant’s signature item is the “Patron Burger,” which is served with a line of white powder and a rolled-up American $100 bill. 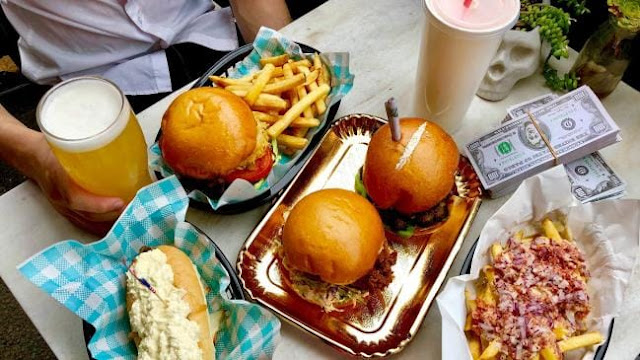 The money is fake and the powder is flour garlic garnish but that hasn’t stopped criticism that the restaurant is glorifying drug use. Others have defended the restaurant but especially pissed off are Colombians living in Melbourne.

Escobar rose to infamy as head of the Medellin drug cartel that supplied most of the world’s cocaine in the late 1980s. The cartel wars saw Colombia become the world’s murder capital and Escobar paid hitmen to target police, executing hundreds. He was shot dead in 1993.

The owner has said that he has no plans to change the restaurant’s name.

Meanwhile a restaurant on the Gold Coast, The Arc at Nobbys, has apologised and agreed to change the name of its waffle fries nachos dish after a complaint from a Jewish customer.

Items on the menu are named after blockbuster movies including Pulp Fiction, Terminator and Godfather. The one to which the Jewish customer objected was Schindler’s List, maintaining that it was inappropriate to name waffle fries nachos after a film set in German occupied Poland during World War II about businessman Oskar Schindler who turns his factory into a refuge for persecuted Jewish people during the Holocaust. 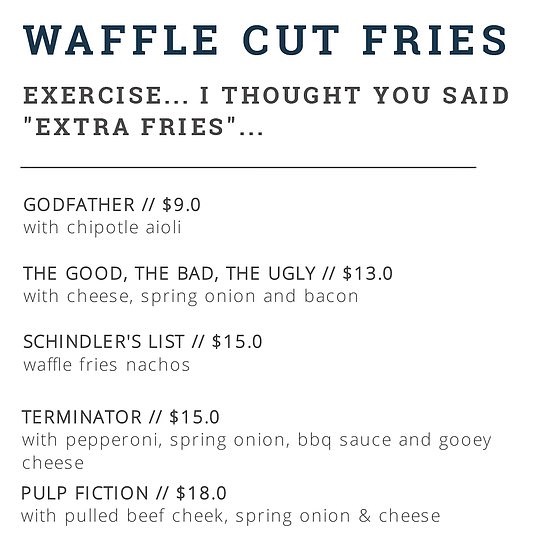 Hmmm, one complaint and there's an apology and change of name.

In Innisfail in the far North of Queensland, former fish and chips shop owner Carolyn Kerr has closed for business after what she described as an “abusive witch hunt” directed against her. The reason is that she named her shop The Battered Wife . . . 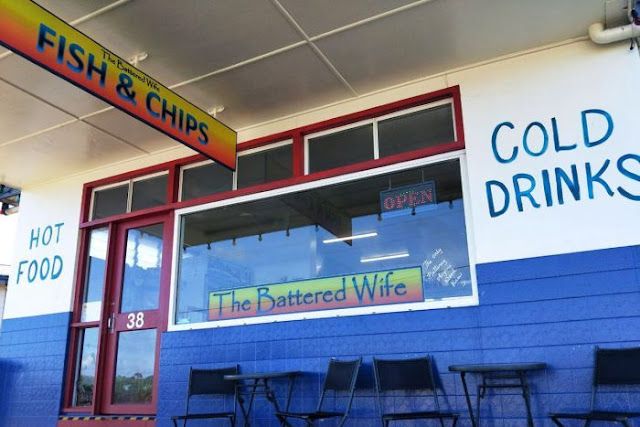 Various groups and even the State Attorney General condemned her as trivialising domestic violence. Not so, according to Ms Kerr, a former police officer, she says that she was trying to raise awareness for domestic violence.

In a video posted to social media, she said it was with '"deep sadness" she had to sell.

"As many of you know I've been the subject of an abusive witch hunt by a not-for-profit organisation who are 'anti-abuse'. However, they've threatened to throw bricks through my window, they've complained to ASIC to have my business name revoked. Then they complained to Industrial Relations and Child Protective Services … saying that I was employing kids and I was participating in child exploitation. Last week I was informed that anonymous complaints were made to Department of Fair Work, who are now acting on it and doing an audit on my business. I believed that I had audit insurance like any small business should have, but I was informed this morning that it actually only covers tax audits and not Fair Work — I just can't see any way that I can trade my way through it." 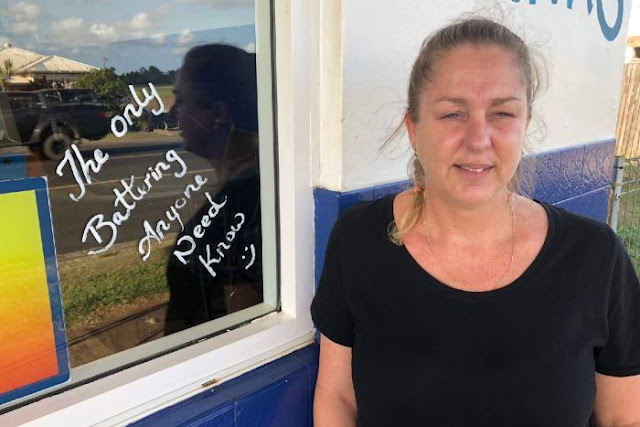 The battered shopowner closed her business on January 28 2019.

Maybe Shakespeare got it wrong, a rose by any other name does not necessarily smell as sweet.

Posted by BytesMaster at 3:13 AM