And the Band Played Waltzing Matilda 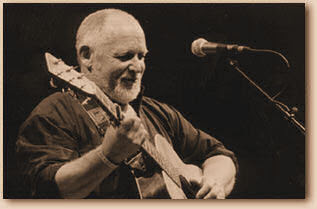 And The Band Played Waltzing Matilda
-  Eric Bogle
A memorable and most poignant of national songs, it was written by Scottish born Aussie songwriter and singer Eric Bogle. And The Band Played Waltzing Matilda encapsulates the jingoistic boys’ own feelings that existed at the beginning of WW1, the horror and carnage of the reality as experienced at Gallipoli, the futility of war and ultimately the apathy and ignorance of later generations with the passing of time. Overall it is a strong condemnation of the glorification and romanticism of war.
Waltzing Matilda has been described as Australia’s unofficial national anthem. The words mean travelling by foot from place to place with one’s goods in a bedroll. In the early days the bedroll consisted of a rolled up blanket with a person’s necessities, tied of at either end with a piece of string and slung over the shoulder or back. The bedroll, or swag (and hence the term swagman or swaggie) was known as a matilda. To go waltzing matilda meant to take to the road by foot with your swag. 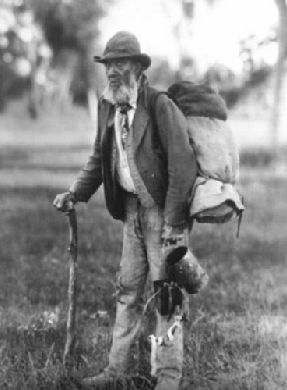 From Wikipedia in respect of And The Band Played Waltzing Matilda:

The song was originally eight verses long but Eric Bogle pared it down to five verses without reducing its meaning. The song might have been forgotten, but at the 1974 National Folk Festival in Brisbane, Bogle entered another song in a songwriting competition. Because the first person who performed sang two songs rather than just one, everyone who followed did the same. So Bogle also sang "Matilda" - to great acclaim and consternation by some when it did not win the competition.
Jane Herivel from the Channel Islands had heard Bogle sing at the festival and requested Bogle to send her a recording. She sang it at a festival in the south of England where June Tabor heard it and later recorded it. Unknown to Bogle, the song became famous in the UK and North America; so when Bogle was in the UK in 1976 he was surprised to be asked to perform at a local folk club on the strength of the song.
American Vietnam veteran and Silver Star recipient Senator Bob Kerrey sang the song to his supporters at the end of his Presidential campaign in 1991, and borrowed the first line for the title of his autobiography, When I Was a Young Man: A Memoir.

Bogle wrote the song in 1971 as an anti-Vietnam war protest. The idea of the Waltzing Matilda image came to him when watching a military band play Waltzing Matilda in an Anzac Day march.
As regards the last verse, Bogle has commented:

"In the last verse, I say, 'The young people ask what are they marching for and I ask myself the same question.' I knew what I was trying to say there. The old soldier knew why they were marching, but he was heartbroken that they had to. But what comes across is that he's saying Anzac Day is a waste of f****** time. I said it clumsily. I'd say it better now."

My own problem with the last verse is that it is inaccurate. Bogle says that as “year follows year, more old men disappear, someday no one will march there at all.” That sentiment and outlook forgets that there have been wars since WW1. Each war has its veterans and service personnel. It may be that Bogle means that someday no-one from that war, WW1, will march there at all but, if so, that is not clear. Today, Anzac Day becomes bigger and more revered each year.
\
For those who enjoy the music of The Fureys, it may be of interest to know that Bogle also wrote their hits Green Fields of France and The Leaving of Nancy.
A clip of Eric Bogle singing the song is at:
http://www.youtube.com/watch?v=WG48Ftsr3OI
That clip appears to have been put together by a Canadian, there being a message at the end as to Canadians deployed overseas. However there are also numerous other images of Gallipoli worth having a look at.
A different Eric Bogle clip is at:
http://www.youtube.com/watch?v=GlYynHmE8b0&feature=related
It also has images worth having a look at. (And I know I finished on a preposition).
There is a Joan Baez version at:
http://www.youtube.com/watch?v=_E9Nu8JinM0&feature=related
Eric Bogle’s favourite version is by June Tabor, who first popularised the song by singing it at folk festivals and in folk clubs in England. This was unbeknown to Eric Bogle, who thought the song had died into obscurity with the end of the Vietnam war. That kickstarted its international success. Tabor’s haunting and poignant version is sung unaccompanied and is at:
http://www.youtube.com/watch?v=swviwHDJQoM 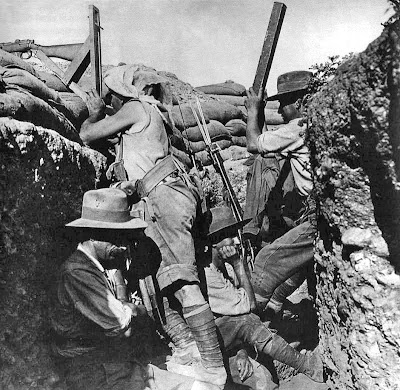 And The Band Played Waltzing Matilda
Now when I was a young man I carried me pack
And I lived the free life of the rover.
From the Murray's green basin to the dusty outback,
Well, I waltzed my Matilda all over.
Then in 1915, my country said, "Son,
It's time you stop ramblin', there's work to be done."
So they gave me a tin hat, and they gave me a gun,
And they marched me away to the war.
And the band played "Waltzing Matilda,"
As the ship pulled away from the quay,
And amidst all the cheers, the flag waving, and tears,
We sailed off for Gallipoli.
And how well I remember that terrible day,
How our blood stained the sand and the water;
And of how in that hell that they call Suvla Bay
We were butchered like lambs at the slaughter.
Johnny Turk, he was waitin', he primed himself well;
He showered us with bullets, and he rained us with shell --
And in five minutes flat, he'd blown us all to hell,
Nearly blew us right back to Australia.
But the band played "Waltzing Matilda,"
When we stopped to bury our slain,
We buried ours, and the Turks buried theirs,
Then we started all over again.
And those that were left, well, we tried to survive
In that mad world of blood, death and fire.
And for ten weary weeks I kept myself alive
Though around me the corpses piled higher.
Then a big Turkish shell knocked me arse over head,
And when I woke up in me hospital bed I saw what it had done and I wished I was dead --
Never knew there was worse things than dying.
For I'll go no more "Waltzing Matilda,"
All around the green bush far and free --
To hump tent and pegs, a man needs both legs,
No more "Waltzing Matilda" for me.
So they gathered the crippled, the wounded, the maimed,
And they shipped us back home to Australia.
The armless, the legless, the blind, the insane,
Those proud wounded heroes of Suvla.
And as our ship sailed into Circular Quay,
I looked at the place where me legs used to be,
And thanked Christ there was nobody waiting for me,
To grieve, to mourn and to pity.
But the band played "Waltzing Matilda,"
As they carried us down the gangway,
But nobody cheered, they just stood and stared,
Then they turned all their faces away.
And so now every April, I sit on my porch
And I watch the parade pass before me.
I see my old comrades, how proudly they march,
Reviving old dreams of past glory,
The old men march slowly, all bones stiff and sore,
They're tired old heroes from a forgotten war
And the young people ask "What are they marching for?"
And I ask meself the same question.
But the band plays "Waltzing Matilda,"
And the old men still answer the call,
But as year follows year, more old men disappear
Someday no one will march there at all.
Waltzing Matilda, Waltzing Matilda.
Who'll come a-Waltzing Matilda with me?
And their ghosts may be heard as they march by the billabong, 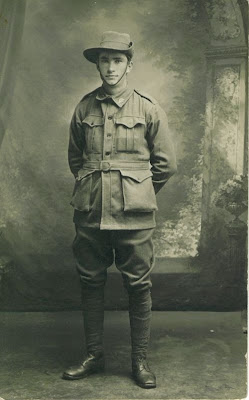 Posted by BytesMaster at 6:48 PM

Email ThisBlogThis!Share to TwitterShare to FacebookShare to Pinterest
Labels: And the Band Played Waltzing Matilda