The Scream:
In 1951 Gary Cooper made a movie called Distant Drums. The movie is set in the 1840’s during the Indian wars and concerns an army captain who leads an attack upon the Seminole Indians holding a fort and subsequently retreats into the Everglades. 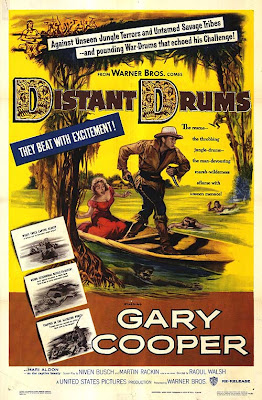 The movie is seldom remembered today except for one thing: the legacy of the Wilhelm Scream.
There is a scene in the movie when the soldiers are wading through the Everglades and one of them is bitten and dragged under by an alligator. The scream sound effects were recorded later and dubbed in. For that purpose the studio recorded one of the actors screaming six times. Screams 4, 5 and 6 were used earlier in the movie to accompany three of the Indians getting shot during the raid on the fort. Scream 5 was used for the alligator scene.
In 1953 the scream was used again when a minor character, Private Wilhelm, dies in the movie The Charge at Feather River.
Motion picture sound designer Ben Burtt rediscovered the original recording on a reel labelled “Man being eaten by alligator” and used it in the movie he was working on, Star Wars IV: A New Hope. The scream comes from a stormtrooper shot by Luke Skywalker. According to Wikipedia:

“Burtt began incorporating the effect in other films he worked on, including most projects involving George Lucas and/or Steven Spielberg. Other sound designers picked up on the effect, and inclusion of the sound in films became a tradition among the community of sound designers.”

Some examples:
-   the Star Wars movies
-  the Indiana Jones movies
-  Batman Returns
-  Howard the Duck
-  Toy Story
-  Kill Bill
-  Sin City
The scream has now been used in over 140 movies.
Clips:
A history of the Wilhelm Scream:
http://www.youtube.com/watch?v=_PxALy22utc&feature=related
A compilation of Wilhelm Scream scenes from movies:
http://www.youtube.com/watch?v=cdbYsoEasio
A second compilation of Wilhelm Scream examples:
http://www.youtube.com/watch?v=4YDpuA90KEY
Whose scream?
Who here remembers the character Ben Miller in the 1952 flick High Noon? Ben Miller was one of the guys in town, waiting for his brother Frank Miller to arrive on the noon train.
Okay then, who remembers watching Rawhide (1959-1966)? Does anyone remember the scout in that show, Pete Nolan?
Okay, then let’s try another. Who remembers the 1958 hit Purple People Eater?
How about the Principal in the 1986 pic Hoosiers?
The actor who played those roles and sang Purple People Eater was Shelby “Sheb” Wooley, who died in 2003. 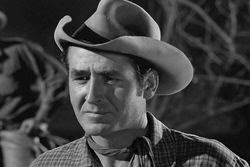 He is now also generally believed to be the person responsible for the Wilhelm Scream. His name was on the list found by Burtt of actors to come in and record screams and it is his voice which is closest to that on the sound effect. He had an uncredited role in Distant Drums and his widow is of the belief that his is the voice on the Wilhelm Scream.
If you’ve listened to the compilations above, no scream in a movie will ever be the same. You will no doubt be listening for a Wilhelm Scream, much like watching a Hitchcock movie and trying to find his appearance (Hitchcock always made a brief appearance in his movies, usually near the beginning, so that people could then get on with concentrating on his movies). God knows that I listen for it now. 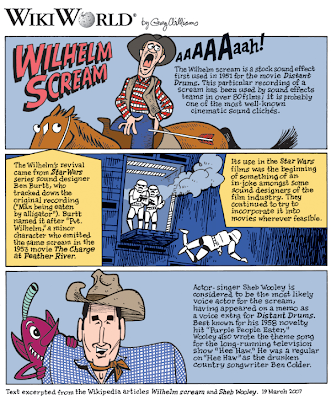 (Click on the above to enlarge).
Posted by BytesMaster at 9:12 AM