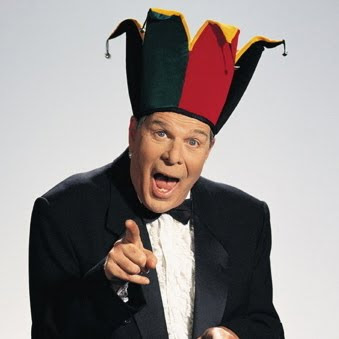 Then one may be that, and three would be those,
Yet hat in the plural would never be hose,
And the plural of cat is cats, not cose.
We speak of a brother and also of brethren,
But though we say mother, we never say methren.
Then the masculine pronouns are he, his and him,
But imagine the feminine: she, shis and shim!

The poem is by linguist and word player Richard Lederer (1938 - ), pictured above.

In the work that featured the poem, he continued:


English is the most widely used language in the history of our planet. One in every 7 humans can speak it. More than half of the world's books and 3 quarters of international mail is in English. Of all the languages, it has the largest vocabulary - perhaps as many as 2 MILLION words. Nonetheless, let's face it - English is a crazy language. There is no egg in eggplant nor ham in hamburger; neither apple nor pine in pineapple. English muffins weren't invented in England or French fries in France. Sweetmeats are candies while sweetbreads, which aren't sweet, are meat.
We take English for granted. But if we explore its paradoxes, we find that quicksand can work slowly, boxing rings are square and a guinea pig is neither from Guinea nor is it a pig.
And why is it that writers write but fingers don't fing, grocers don't groce and hammers don't ham?
Doesn't it seem crazy that you can make amends but not one amend, that you comb thru annals of history but not a single annal? If you have a bunch of odds and ends and get rid of all but one of them, what do you call it?
You have to marvel at the unique lunacy of a language in which your house can burn up as it burns down, in which you fill in a form by filling it out and in which an alarm clock goes off by going on.
English was invented by people, not computers, and it reflects the creativity of the human race (which, of course, isn't a race at all). That is why, when the stars are out, they are visible, but when the lights are out, they are invisible. And why, when I wind up my watch, I start it, but when I wind up this essay, I end it.
Posted by BytesMaster at 8:45 PM