I was going to post something yesterday about D-Day, which took place on 6 June 1944, but unfortunately it slipped my mind.  Still, better late than never.

By the way, have you ever wondered what the D stands for in D-Day?  It simply stands for "day." The designation was traditionally used for the date of any important military operation or invasion, according to the National World War II Museum. Thus, the day before June 6, 1944, was known as D-1 and the days after were D+1, D+2, and so on.

D-Day was the name given to the Allied invasion of Europe, the beginning of the end of WW2.

Following are photographs of the D-Day landings and the invasion, with commentaries, from:  https://www.thesun.co.uk/news/6452692/d-day-pictures-colour-world-war-2-normandy-landings-british-soldiers/ 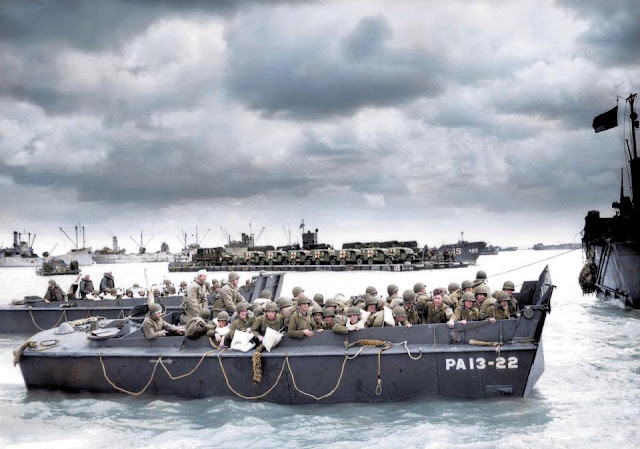 U.S. troops from the USS Joseph T. Dickman wait to disembark from their landing craft as they approach Utah Beach on June 6 1944 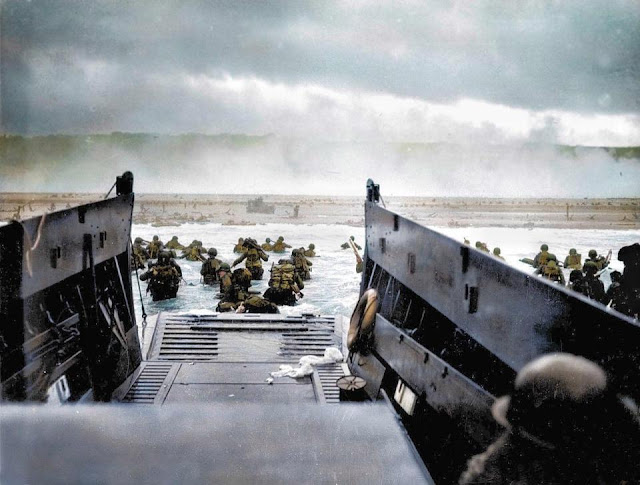 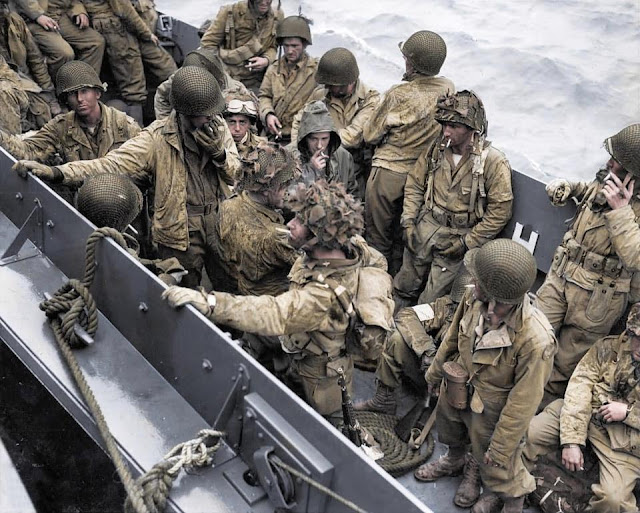 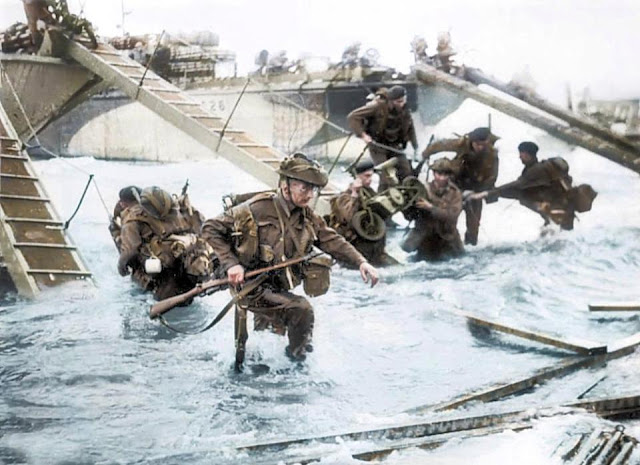 Royal Marines descend from landing craft with their heavy backpacks, weapons and equipment on Juno beach 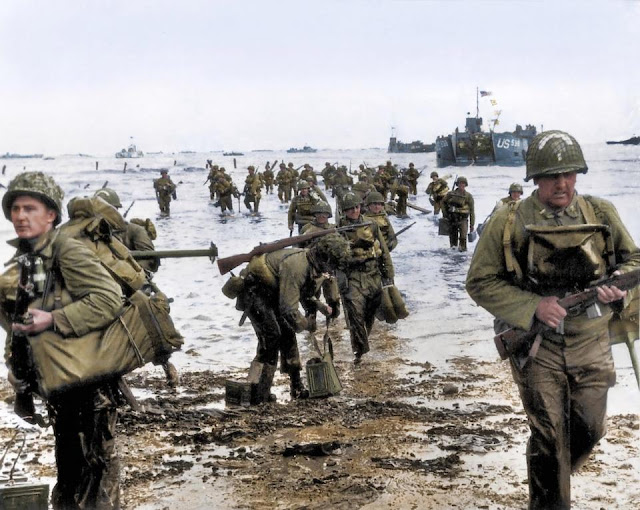 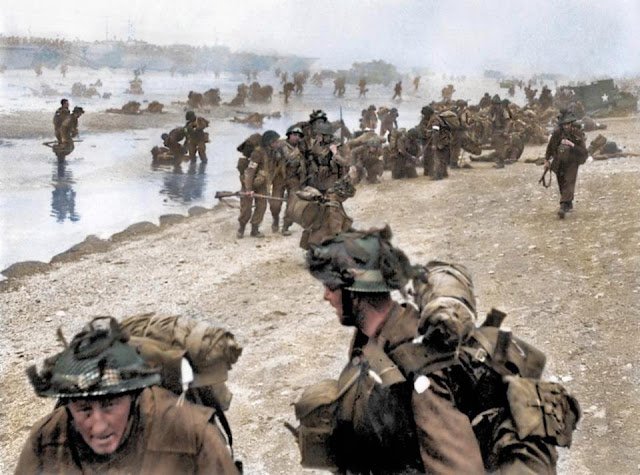 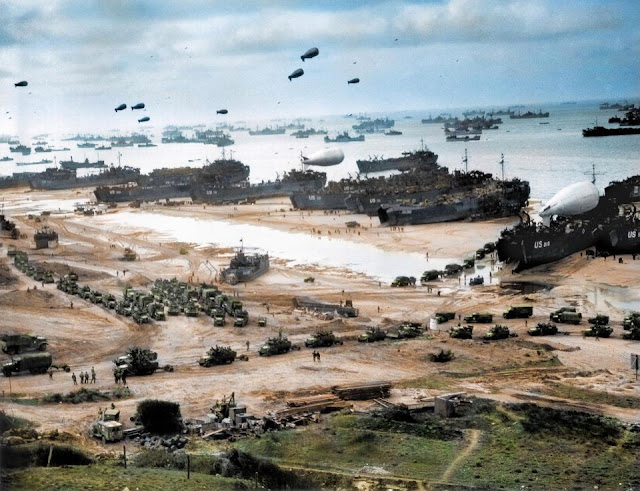 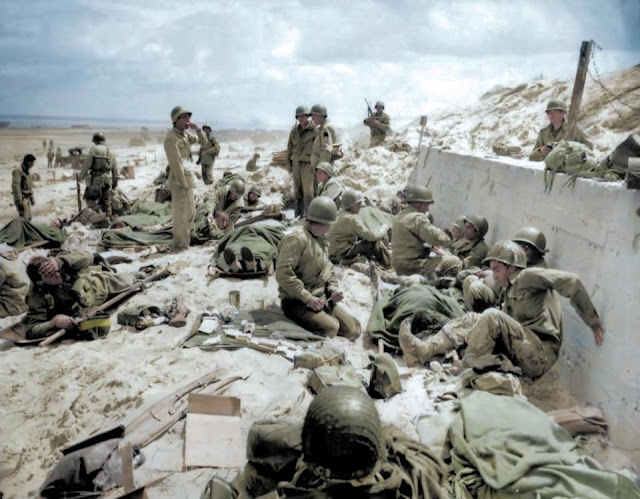 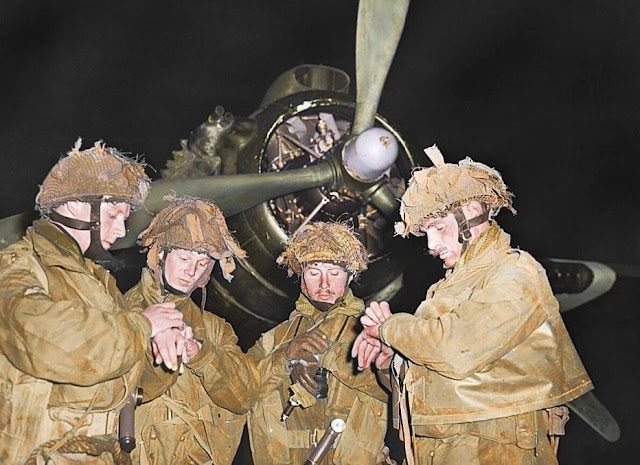 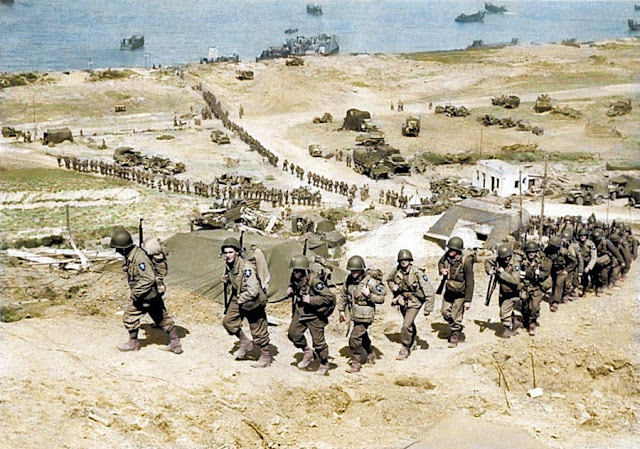 Reinforcements arrive by sea to bolster U.S. troop numbers on the Normandy front 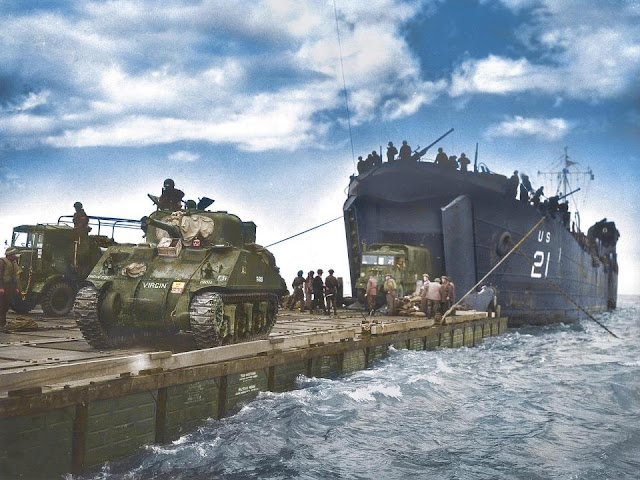 The USS LST-21, manned by the U.S. coastguard unloads British Army tanks and trucks onto a Rhino barge in the opening hours of their invasion of Gold Beach 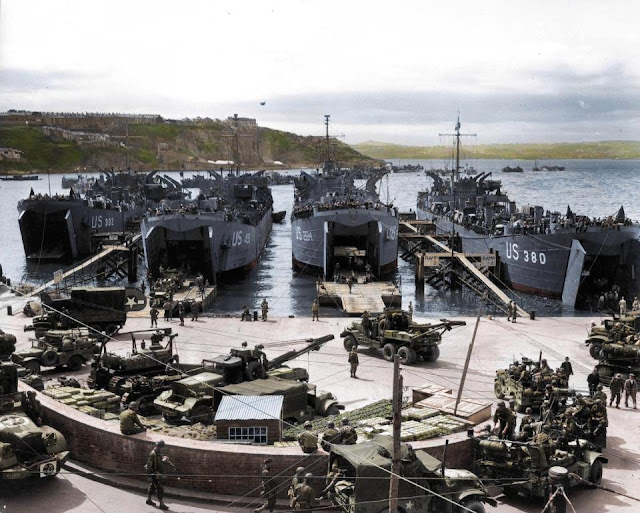 Troops load U.S. LSTs with artillery equipment, vehicles and troops in Brixham, England before they head for Normandy 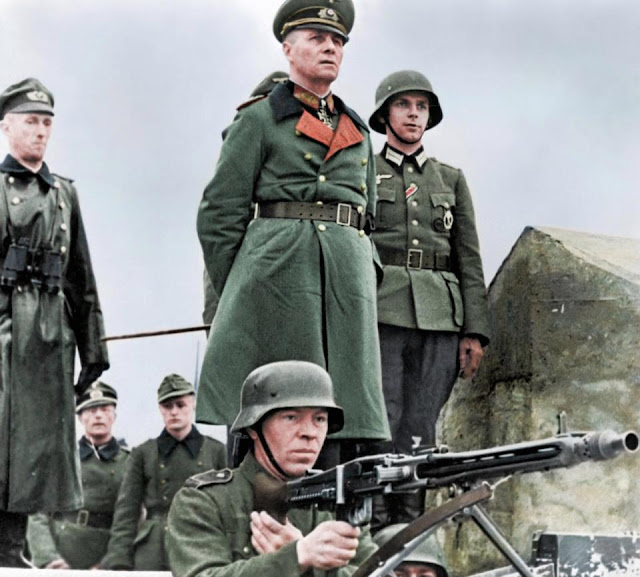 Nazi General Erwin Rommel inspects defences ahead of D-Day. On the actual day of the invasion he was away from the front celebrating his wife's birthday 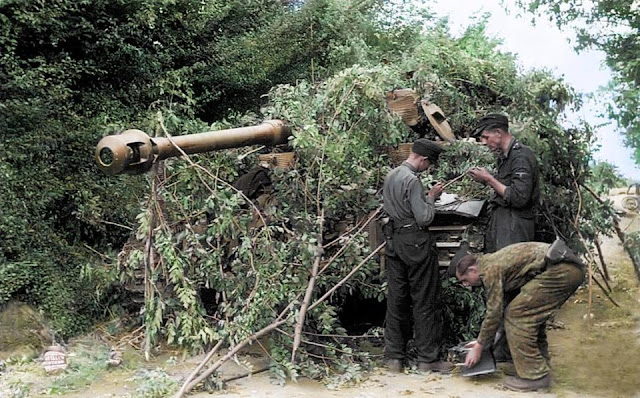 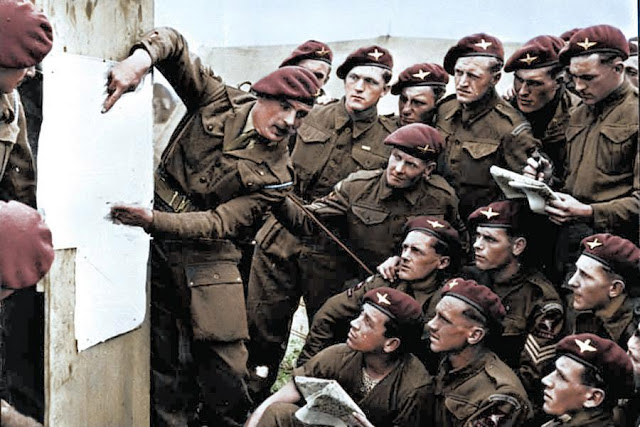 Members of the 22nd Independent Parachute Company, 6th Airborne Division attend a briefing ahead of the D-Day invasion 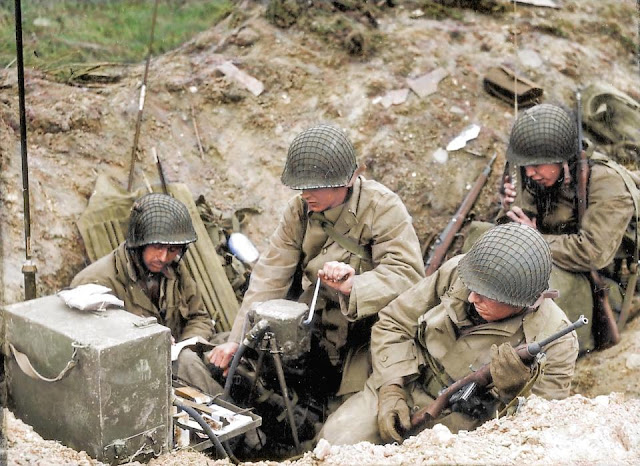 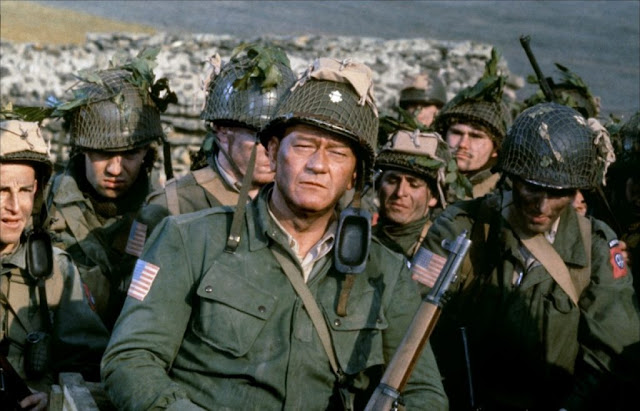 US infantry after being parachuted into Normandy.  No, I can't make that stick, that's John Wayne in the film about D-Day, called The Longest Day. Remember, the first 16 pics are the real thing, young men with families, wives, girlfriends, parents, with hopes, dremas, aspirations.  Many didn't return.  Spare a thought next year when it's the 75th aniversary of the D-Day landings. 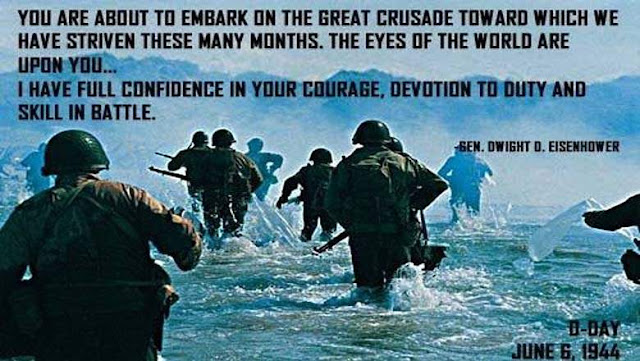