"A prayer's as good as bayonet on a day like this." 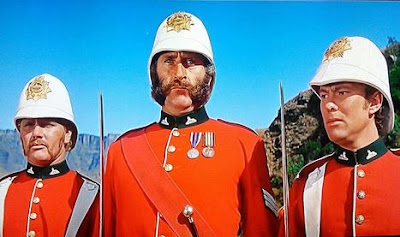 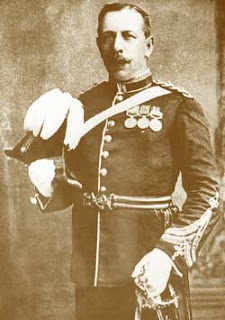 Lieutenant-Colonel Frank Edward Bourne OBE DCM (1854 – 1945) was a decorated British soldier who participated in the defence of Rorke's Drift during the 1879 Anglo-Zulu War. He was the last known survivor of the battle.  Bourne enlisted in the Army in1872, aged 18 years 8 months.  Four years later he had been promoted to colour sergeant, becoming the youngest NCO of this rank in the entire British Army. This earned him the nickname 'The Kid'.

On 22 and 23 January 1879, Bourne was part of the garrison at Rorke's Drift, Natal, South Africa, which held off a Zulu army.

After Rorke's Drift, Frank Bourne served in British India and Burma, being promoted to Quartermaster-Sergeant in 1884.   He was commissioned in 1890. In 1893 he was appointed adjutant of the School of Musketry at Hythe, Kent, retiring from the army in 1907. During World War I, he rejoined and served as adjutant of the School of Musketry in Dublin. At the end of the war, he was given the honorary rank of lieutenant colonel and appointed OBE.

Bourne lived in retirement in Kent and was the last surviving defender from Rorke's Drift, dying on VE Day (8 May 1945), at the age of 91.

Posted by BytesMaster at 5:30 AM