The Pulitzer and World Press Photos of the Year, continued: 1988 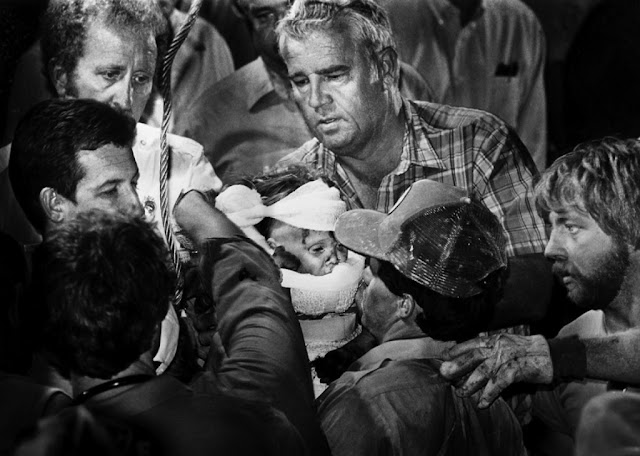 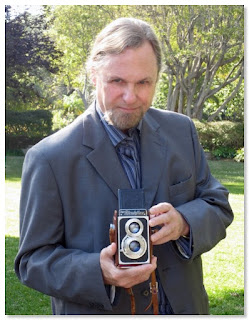 Shaw realized his passion was with photography when he bought his first camera in high school. After earning his journalism degree at Southern Illinois University, he entered the work force full-time as a photojournalist. While working at the Odessa American in Odessa, Texas he captured his famous Pulitzer Prize winning photo of 18-month-old Jessica McClure being rescued from an abandoned well. After a friend introduced him to wedding photography, something he never thought about doing, Shaw angled all of his talents to his successful wedding photography business.

On Oct. 14, 1987, 18-month-old Jessica McClure was rescued after sliding 22 feet down an abandoned well at a private day care centre in Midland, Texas. News cameras, photographers and reporters were trained on the scene for 58 hours as rescue crews extracted Baby Jessica from the well. The image by The Odessa American (Odessa, Texas) photographer Scott Shaw won the 1988 Pulitzer Prize for spot photography. 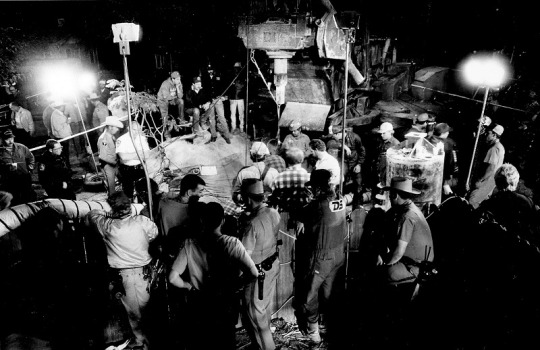 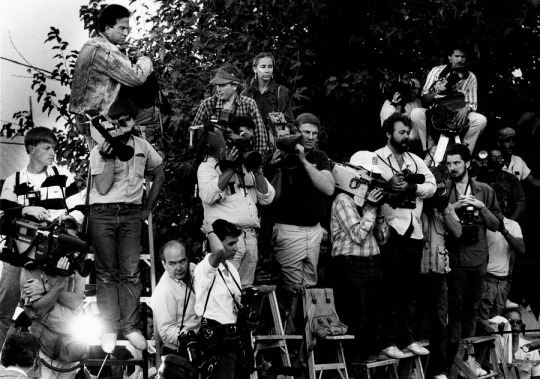 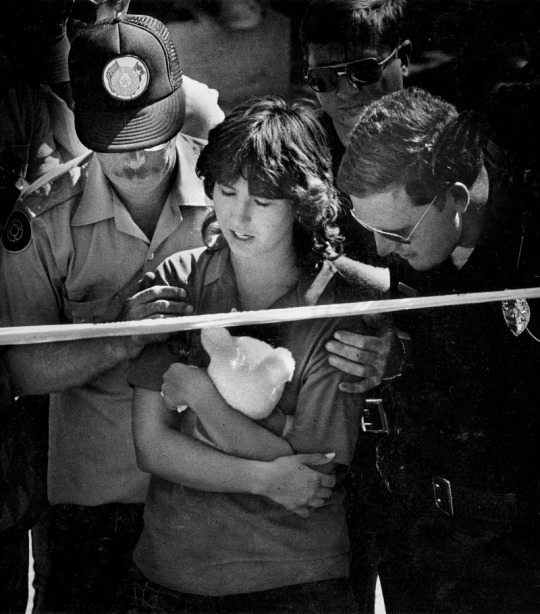 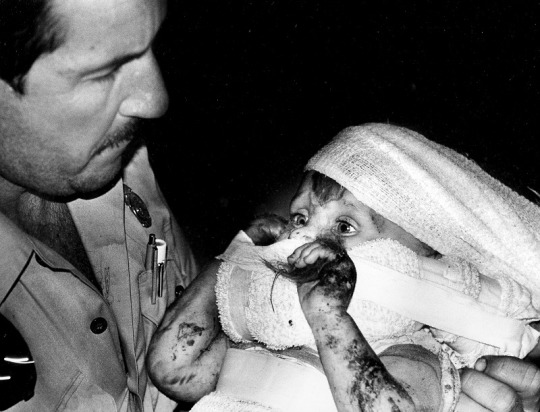 The scene at night at the apartment complex turned crack cocaine supermarket on the corner of Northeast Second Avenue and 71st Street. As the crack cocaine epidemic spiraled around the country Miami became ground zero for crack addiction. One public Housing project was dubbed the Graveyard by local residents. 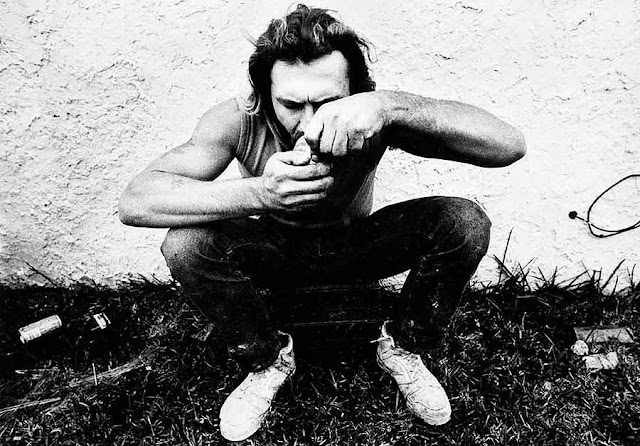 A construction worker, who had just left work, smokes crack using a soda can as his pipe. 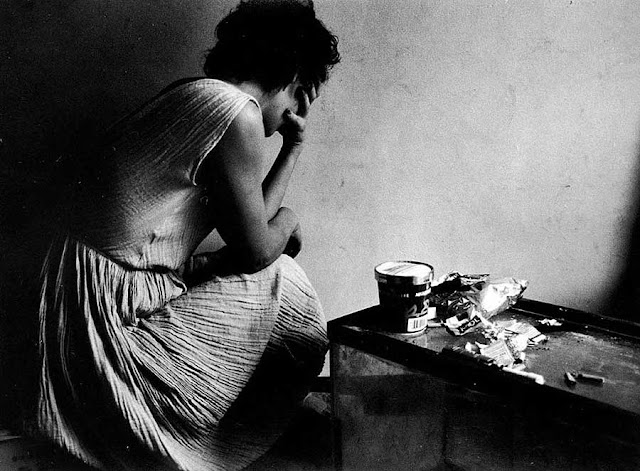 A woman named Pat says she turned to prostitution to feed her crack habit. 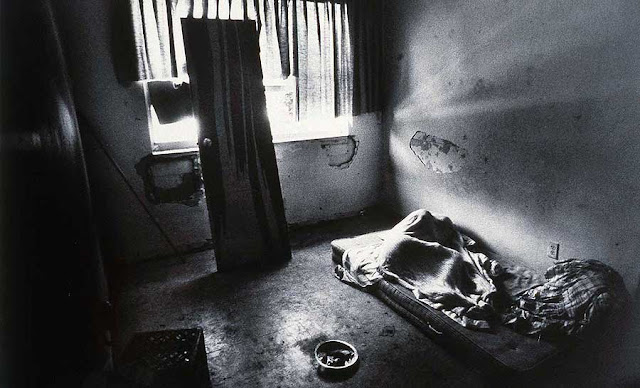 A crack addicted prostitute sleeps on an old mattress in an empty apartment.

A line of people are under arrest for buying crack during a Miami Police a sting operation to bust users and dealers of crack cocaine at a public housing project, dubbed the Graveyard by local residents. 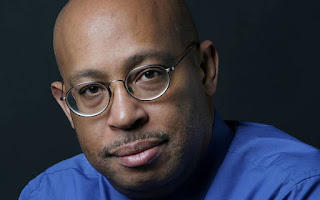 Michel du Cille (January 24, 1956 – December 11, 2014) was a Jamaican-born American photojournalist who won three Pulitzer Prizes:
·       He shared the 1986 Pulitzer Prize for Spot News Photography with fellow Miami Herald staff photographer Carol Guzy for their coverage of the November 1985 eruption of Colombia's Nevado del Ruiz volcano.
·       He won the 1988 Feature Photography Pulitzer for a photo essay on crack cocaine addicts in a Miami housing project ("photographs portraying the decay and subsequent rehabilitation of a housing project overrun by the drug crack").
·       As "du Cille" he shared the 2008 Pulitzer Prize for Public Service with Washington Post reporters Dana Priest and Anne Hull, for "exposing mistreatment of wounded veterans at Walter Reed Hospital, evoking a national outcry and producing reforms by federal officials."

Du Cille was born in Kingston, Jamaica, in 1956. He worked as a photojournalism intern at The Louisville Courier Journal/Times and The Miami Herald in 1979 and 1980 and joined the Herald staff in 1981.

In October 2014, the S.I. Newhouse School of Public Communications at Syracuse University disinvited duCille from appearing at a workshop because he'd returned three weeks earlier from covering the Ebola outbreak in Liberia.  He had undergone a voluntary 21-day monitoring period for Ebola and showed no signs of having the disease.  DuCille said at the time, “It’s a disappointment to me. I’m pissed off and embarrassed and completely weirded out that a journalism institution that should be seeking out facts and details is basically pandering to hysteria.”

Du Cille died December 11, 2014, from an apparent heart attack at the age of 58 while on assignment in Liberia

Back then, Miami was "ground zero" for crack, duCille mentions. "But the mainstream thinking then was that crack was a 'black problem,' and I was determined to draw attention to the fact that it was a crisis that impacted the entire community. At the time, I lived in El Portal and would often drive by a low-income housing project that had been overtaken by crack dealers and addicts on the corner of NE Second Avenue and 71st Street called 'the Graveyard.'"The entire building, which housed mostly poor people, including the elderly and children, had been turned into a crack supermarket."DuCille spent seven months documenting the endless flow of crack addicts at the Graveyard. "It was crazy. White folks would arrive there straight from work, buy a rock, then squat in a hall or a room to light their pipes up," he remembers. He paired with reporter Lynne Duke for a Tropic magazine spread on April 5, 1987. The story by Duke was a Pulitzer finalist. DuCille's image of a woman sucking on a makeshift pipe, made of a tiny liquor bottle with a smoldering rock glimmering in it, graced the cover."During the time we were there, the cops would occasionally raid the building and shutter the empty apartments with plywood to keep the addicts out," duCille recalls. "But as soon as they left, the Graveyard would reopen for business and return to the same-old, same-old." 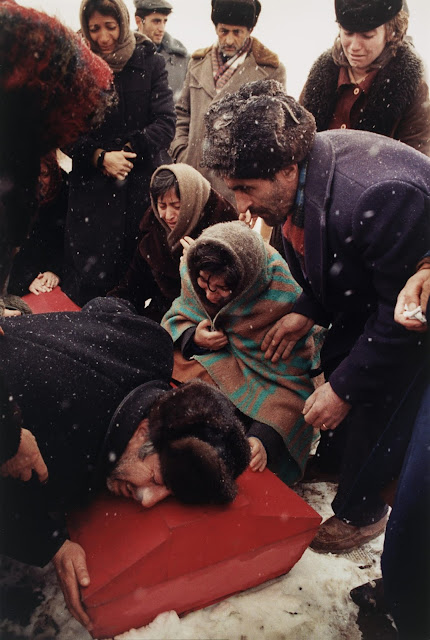 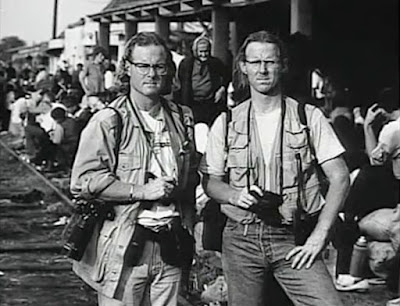 American photojournalist David C. Turnley (Fort Wayne, Indiana, 1955) is the winner of two World Press Photo of the Year awards, one Pulitzer Prize, and the Overseas Press Club’s Robert Capa Gold Medal. He started photographing while studying French Literature at University of Michigan. Between 1980 and 1997, he was a staff photographer at the Detroit Free Press. From 1985 to 1987 he was based in South Africa, where he photographed the country under Apartheid rule. From Paris, where he lived between 1987 and 1997, he covered the student protests in China, the revolutions in Eastern Europe, the disintegration of the Soviet Union and the First Gulf War. Back in the USA in 1997, he has directed and produced three feature-length documentaries: The Dalai Lama: At Home and in Exile (1999), La Tropical (2006) and recently Shenandoah (2012). David Turnley is an Associate Professar at the University of Michigan Shool of Art and Design.

On 7 December 1988, a magnitude-6.8 earthquake hit the northwest of Armenia, then a Soviet republic. The initial earthquake was followed by a series of powerful aftershocks, creating havoc and devastation. The Spitak Earthquake, also known as the Leninakan (Gyumri) Earthquake or the Armenian Earthquake, killed more than 25,000 people and destroyed the homes of hundreds of thousands.

Posted by BytesMaster at 1:49 AM