Not worth a tinker’s damn:

Sometimes the phrase is expressed as not giving a tinker’s cuss.

A tinker was an itinerant mender of pots and pans. Tinkers had a reputation for cursing, like many tradesmen of that era, and a tinker’s damn was not worth much because tinkers damned everything.

The phrase means retaliation, respond in kind, and it developed from the phrase first recorded in the early 15th century of “tip for tap”, meaning a blow for a blow.  By the mid 16th century the phrase had become “tit for tat”. 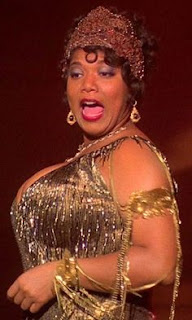 They say that life is tit for tat
And that's the way I live
So, I deserve a lot of tat
For what I've got to give

The term is an Americanism that refers to the lower end of town, often frequented by vagrants, alcoholics and the homeless.

The term originated in the 19th century from “skid road”, referring to a logging road paved with tree trunks, or skids. By the 20th century the term came to refer to a run-down neighbourhood, the place where the loggers gathered when in town.  From there the words changed to “skid row”.

From the 1880 New York Adirondack Survey:

Advised that lumbermen had cut “skid roads” on which logs were drawn..., I changed the route. 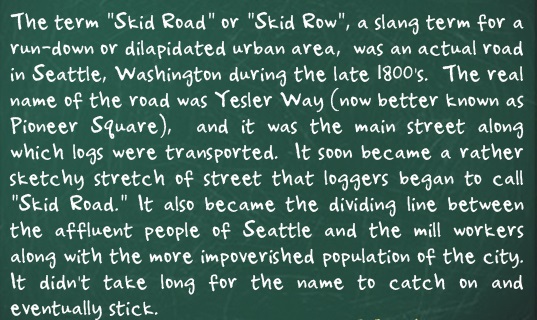 A phrase  commonly used in the United Kingdom, Ireland, South Africa, New Zealand and Australia, it means to make fun of someone.