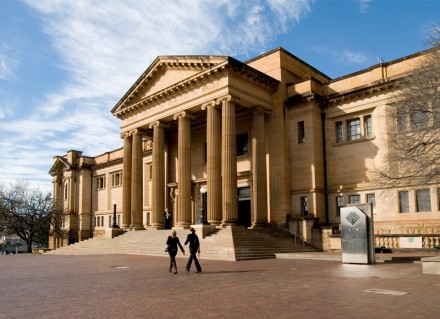 It’s the State Library of New South Wales in Sydney and this is the reading room: 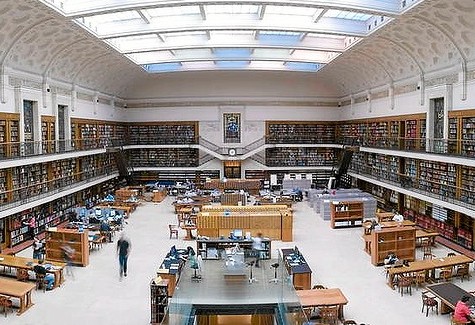 Books may be disappearing in favour of electronic communications, kindles and the like but I still like a book for reading and a yearly paper diary, not an electronic one. 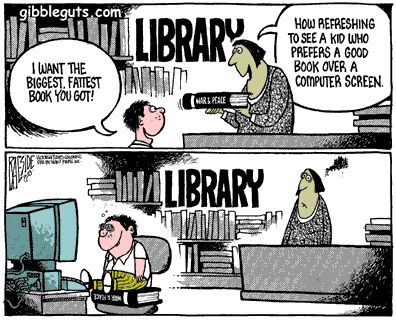 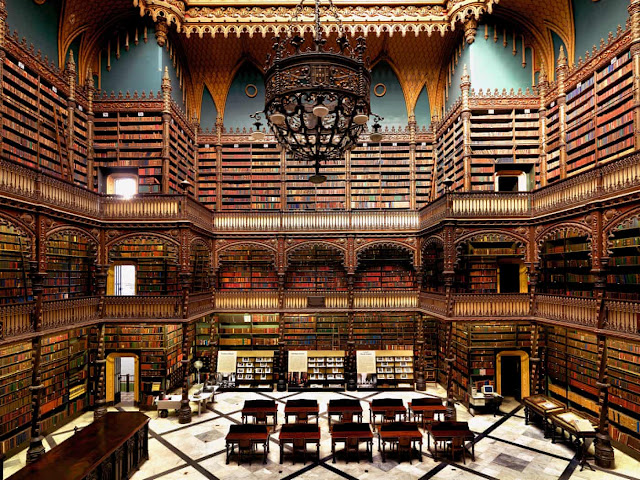 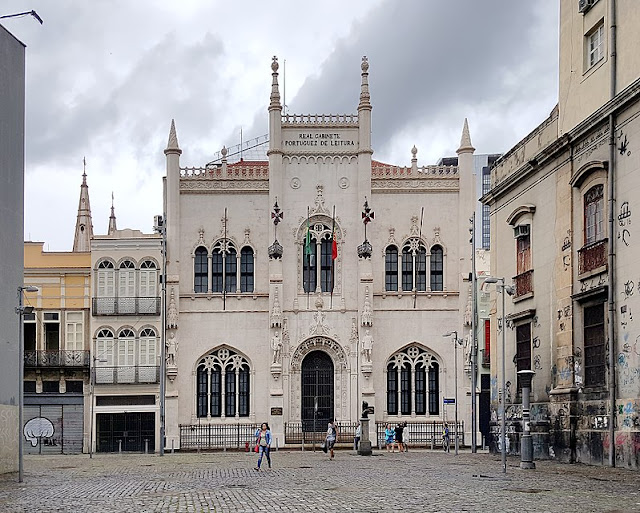 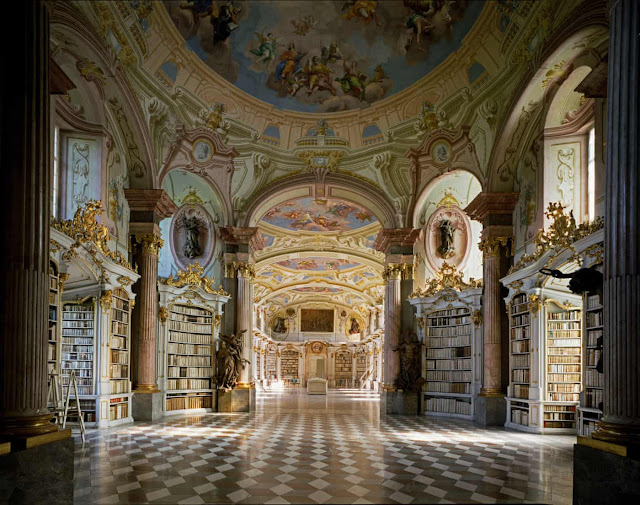 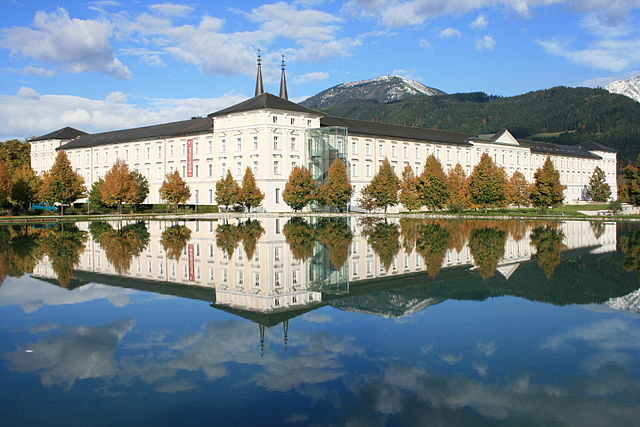 Also known as Admont Abbey, this is a Benedictine monastery located on the Enns River in the town of Admont, Austria. It contains the largest monastic library in the world as well as a long-established scientific collection. It is known for its Baroque architecture, art, and manuscripts.
____________________ 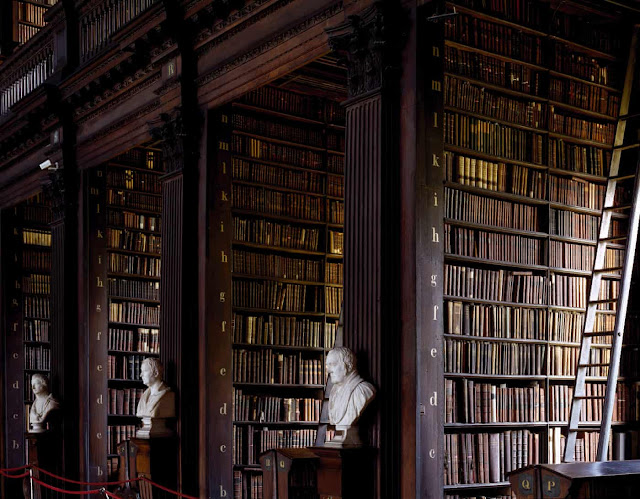 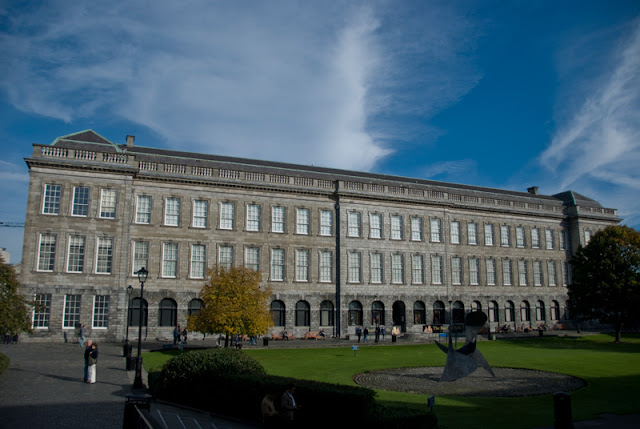 The Library of Trinity College Dublin serves Trinity College and the University of Dublin. It is a legal deposit or "copyright library", which means that publishers in Ireland must deposit a copy of all their publications there, free of charge. It is also the only Irish library to hold such rights for the United Kingdom. The Library is the permanent home to the Brian Boru harp which is a national symbol of Ireland, a copy of 1916 Proclamation of the Irish Republic, and the Book of Kells, an illuminated manuscript Gospel book in Latin, containing the four Gospels of the New Testament.
____________________ 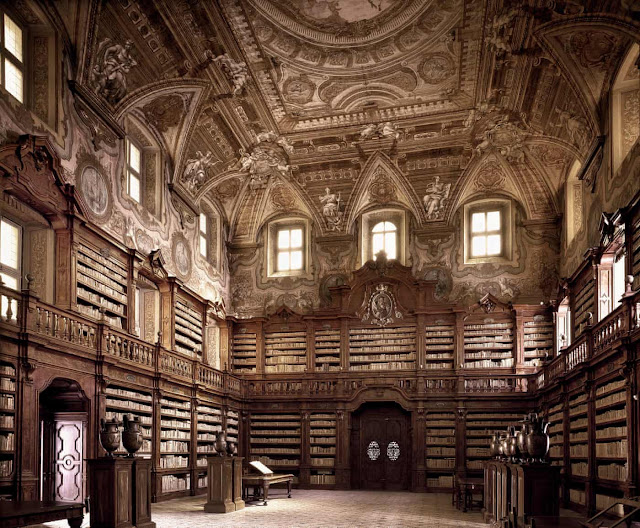 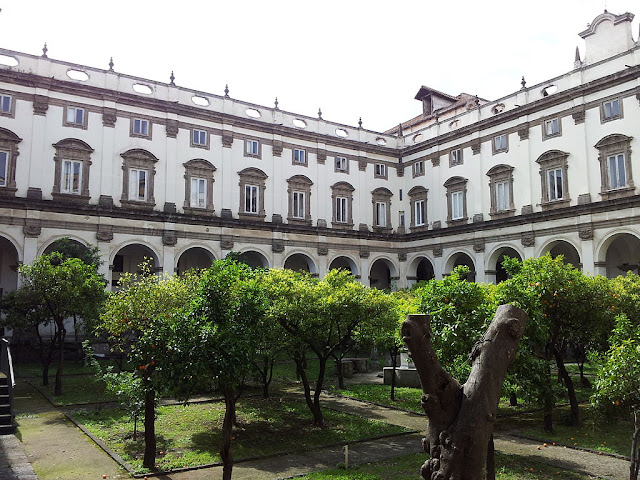 The Girolami complex is located in the heart of Naples and was founded in the late 16th century and the first half of the 17th century. It became a national monument in 1866. The complex includes the Church, the picture gallery and the famous library.

In December 2013, news reporting was published that there had been systematic looting of the Biblioteca Girolamini. Images showed empty shelves and tables piled with papers. Senior Police investigator, Major Antonio Coppola, was quoted as saying, "Our investigations found that there was a true criminal system in action," and that "A group of people... carried out a devastating, systematic looting of the library." The report stated that Professor Tomaso Montanari CV, an art historian and academic, first alerted the police to what was happening, after having gained access to the library along with a student in early 2012. The Professor said, "One of the library's members of staff took me aside, away from the CCTV cameras, and said: 'Professor, the director (Marino Massimo de Caro) has been looting the library!'" de Caro had been appointed in 2011.

De Caro was arrested soon after investigations began in 2012. Investigations showed that vehicle-loads of books had been removed and sold by the now-convicted criminals, who had waited until after normal working hours, turned off the rudimentary CCTV system, and then proceeded with their looting.

De Caro was convicted along with accomplices in early 2013 and sentenced to seven years jail, although, due to his cooperation this was commuted to house arrest. Around 80% of the lost volumes had been recovered by late 2013, with the assistance of antiquarian booksellers and collectors, although many valuable artefacts remain unaccounted for.

Posted by BytesMaster at 6:33 AM