Last week I posted a look at Camperdown, which included the story of James Sullivan, a stablehand who died in 1924 whilst trying to save horses in a stable fire. I wondered whether that story would be of interest to readers and whether there was too much of it. What I found fascinating was that Sullivan was too lowly and of the wrong political persuasion for the times to not only be properly honoured, they even muddied and distorted the memory of him. At least one reader not only read the post but researched it further and emailed me. Thanks Kara. Here is Kara’s email . . .

The story of Camperdown Hero 'J' Sullivan almost immediately piqued my curiosity simply because of all the conflicting reports in the Sydney Morning Herald. He was certainly J Sullivan but was it Jack or James? If the former then he was probably actually John. He was at least consistently said to be 59/60 years old. On 24 July, the day following the fire, his address was given as 29 Pyrmont Bridge Road but by 26 July he had become James, late of Briggs Street. I expected clarification and more accurate detail in the (scholarly) article linked at the end: 'Remembering and forgetting James Sullivan' by Peter Harney, but I didn't find it. I shouldn't have been disappointed as I was forewarned both by the title (and point) of the article and your drawing attention to its final paragraph which includes: "His time and place seem to hold no relevance and have been forgotten. We do not remember James Sullivan because we hardly know who he was."

That last sentence makes me ask why not? So who was our hero? Well, backed up by various birth, death and marriage records and a copy of the results of the inquest held on 5 August 1924, and further information in later issues of the Sydney Morning Herald (most significantly on 20 Aug, the report that in recognition of the bravery or Mr James Sullivan a gold medal was presented by the RSPCA to his sister Mrs George LALOR) I was pleased to find the following which I thought I would share with you.

In 1864 James Sullivan was born in Nelligan, New South Wales the third child and second son of Jeremiah Sullivan (farmer) and Grace nee Ferry. His parents’ marriage was registered in Sydney in 1860. Their first born, a girl, died soon after birth. James had one older brother (Daniel) and three younger sisters (Margaret, Ellen, and Isabella). All the births were registered in Broulee (about 35 kilometres from Nelligan). On 10 Sep 1904 Isabella, the youngest sister, married George Lalor at St Stephen's (Anglican) Church, Newtown.

I am pleased that at least I now know a little more about the man who is named on an old concrete trough even though he has no marker on his own grave.

Thanks as usual for all your interesting Bytes not to mention the Funny Fridays!

Campsie is thirteen kilometres south-west of the Sydney central business district, on the southern bank of the Cooks River.

Campsie is generally thought to have been named after Campsie in Stirlingshire, Scotland. In 1851, John Redman's first grant in the area, "John Farm" was bought by the Scott Brothers, who renamed it "Campsie Farm". When the land boom came in the 1880s, the farm was purchased and subdivided by the Anglo-Australian Investment, Finance and Land Company Ltd., under the name "Campsie Park Estate". It is believed to be named after the district of Campsie in Scotland, where there is also a range of hills known as the Campsie Fells. Some doubt has been cast as to this being a correct explanation, click on:
http://www.wiki.jeremymacpherson.net/index.php?title=Campsie_-_Name_Origin

In 1770, the land along the Cooks River was explored by officers from HMS Endeavour.

In the early days of European settlement, the land in this area was mostly used for farming.

The railway was completed in 1895, encouraging suburban development and leading to the area becoming heavily populated. 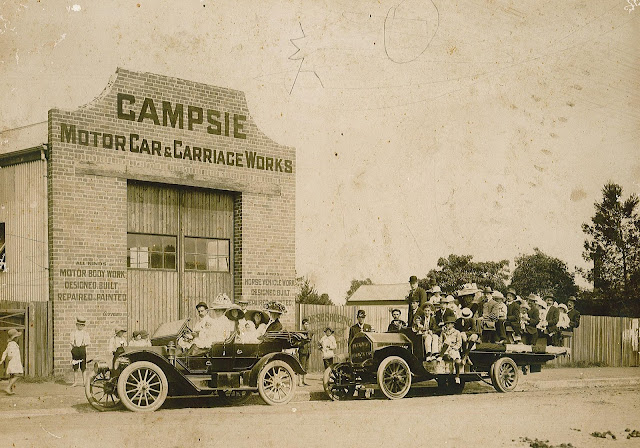 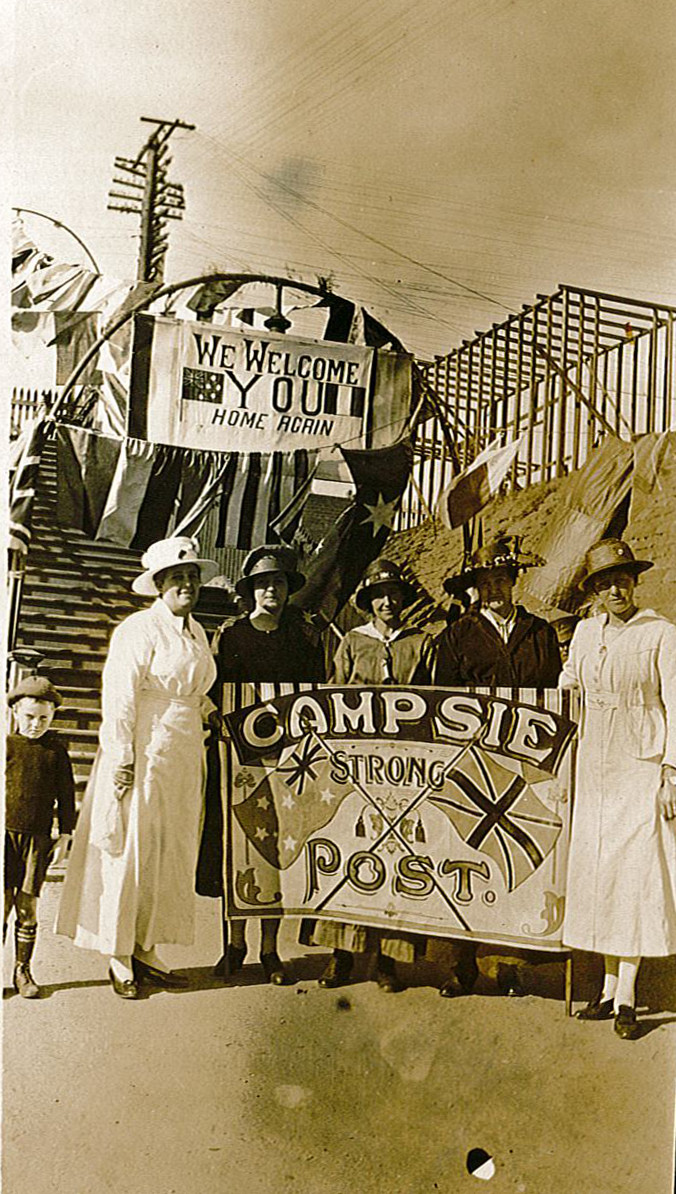 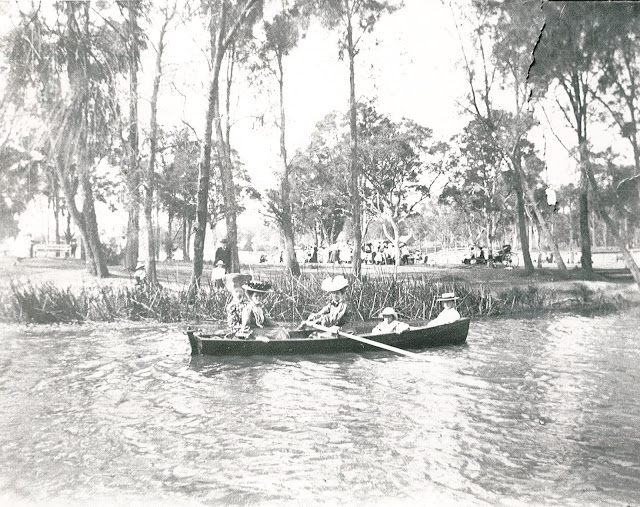 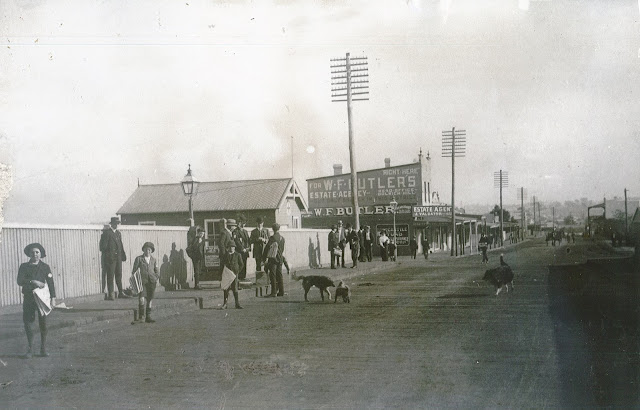 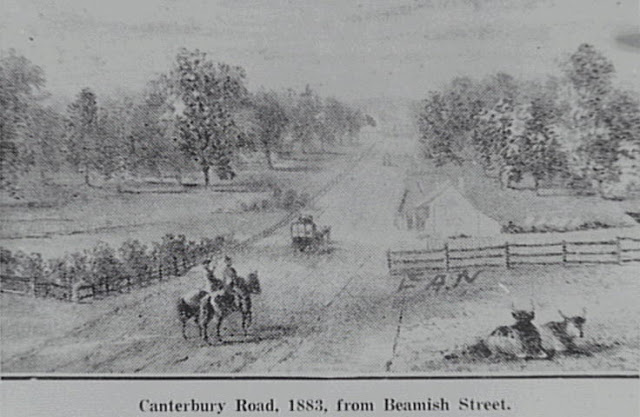 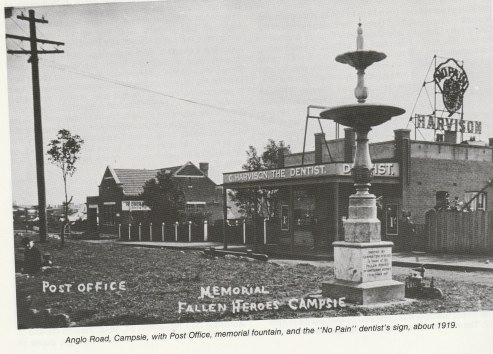 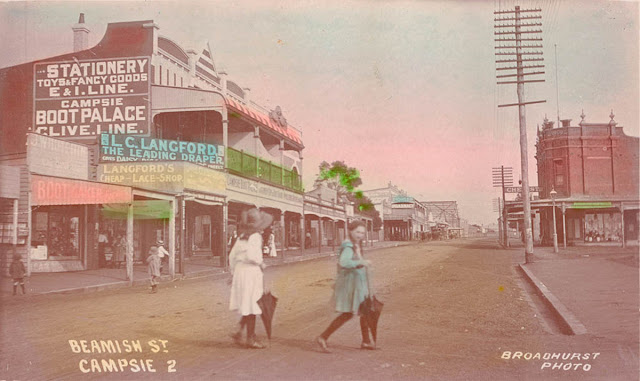 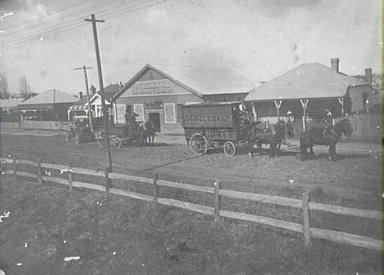