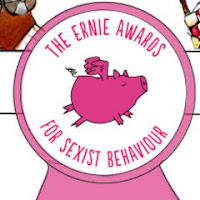 I have previously written about the annual Ernie Awards.  They came to mind and I realised that I had not seen any report as to the winners in 2018. When I looked into it I found that the awards had been held in late August 2018. Before setting out the winners, and a comparison with the 2017 winners, here is a bit about the awards . . .

The Ernie Awards are Australian awards for comments deemed misogynistic.

It is named after former Australian Workers' Union secretary Ernie Ecob, who was known for his misogynistic remarks. One of his best-known remarks was "Women aren't welcome in the shearing sheds. They're only after the sex," which is why there is a sheep on top of the Gold Ernie. The inaugural awards night was in celebration of him resigning from the Labor Council of New South Wales.

A dinner is held for 300 women each year and the winner is determined by the person who receives the most booing when their sexist statement or action is read out.A variety of categories have featured, such as the Gold Ernie, the Warney (for sport, named after Shane Warne), the Media Ernie, the Political Ernie, the Judicial Ernie, the Anon (for boys behaving better, formerly called the Gareth after Gareth Evans, the Elaine (for females making comments unhelpful to the sisterhood, named after Elaine Nile and the Trump (for repeat offenders). The categories of offenders have changed over the years, according to Meredith Burgmann. 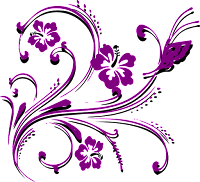