Recently Norwegian fishermen came across a whale that surprised them and made headlines over the world. for wearing a harness that, once removed, was discovered that it had “Equipment St. Petersburg” written on it. The suspicion is that the whale was trained by the Russian navy for spying purposes and had escaped from a Russian military facility. 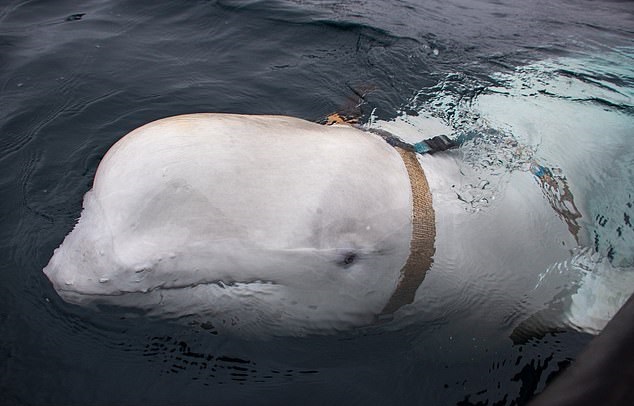 The same whale came to attention again recently when it retrieved from the ocean floor a cell phone that a woman had accidentally dropped overboard. The woman was on a boat with friends in Hammerfest harbour in Norway when she dropped her phone, her friend taking a video of the whale emerging with the phone in its mouth and coming close enough for the woman to take the phone and stroke the whale: 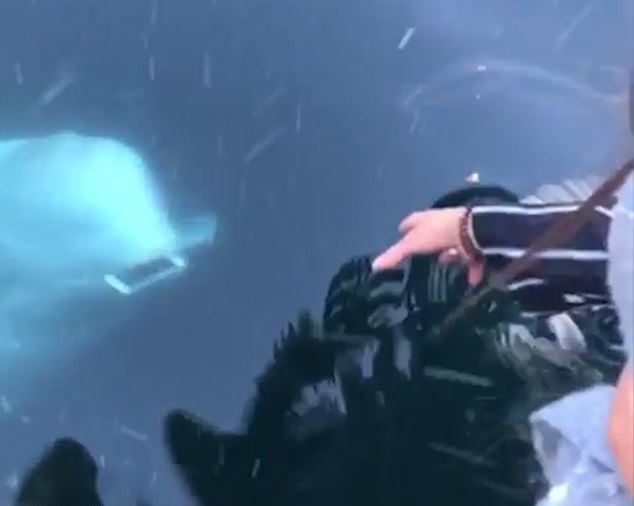 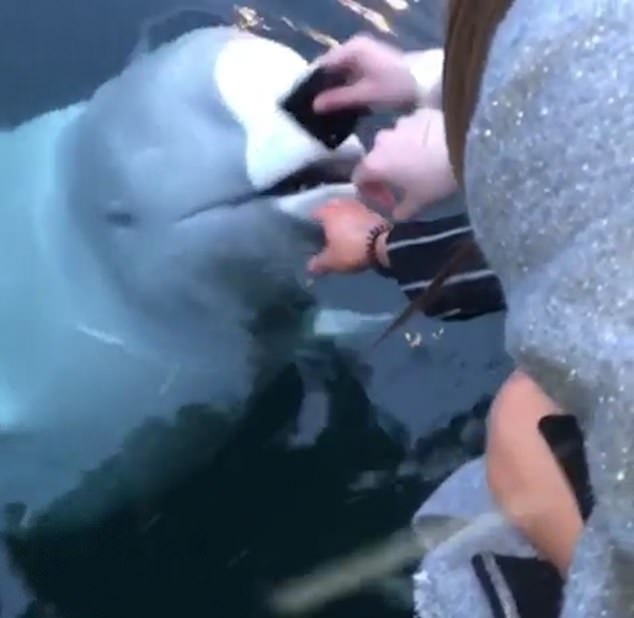 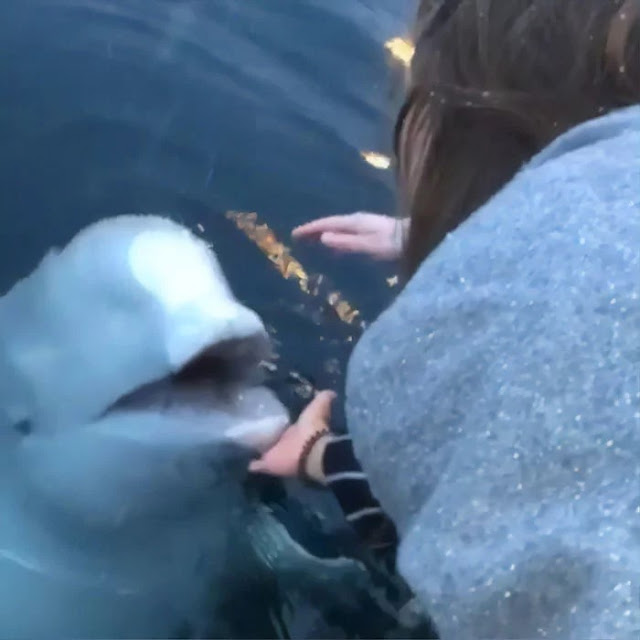 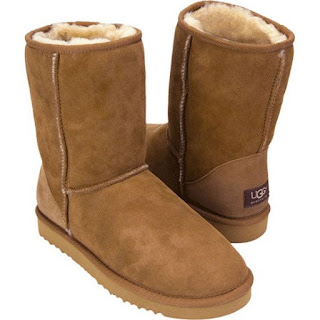 UGG boots are those ugly sheepskin boots that originated in Australia and New Zealand. The origin is uncertain. It is said that they were worn by shearers in that they were resistant to the lanolin in the wool which rotted leather boots. They became popular in the 60’s and 70’s within the surfing culture and became a fashion item in the US, although pretty much still considered an item of bogan apparel in Oz. It is also uncertain how the name developed, one suggestion being that it came from a comment that they were ugly. Whatever those origins, in Oz the term ugg boots has become a generic description of the style of sheepskin boot. Not so in the US where the term UGG (in caps) is the registered trademark of the Deckers Outdoor Corporation. Cases have held that use of the term within Oz is not breaching Deckers copyright but Deckers does have the right to the trademarks in other jurisdictions such as the US, China, Japan and the European Union and it has won disputes in the US, Netherlands and Turkey.

The latest notch on the Deckers gun butt is that for Oz ugg boot manufacturer Eddie Oygur.

According to a report in the Sydney Morning Herald:

Los Angeles: Australian ugg boot-maker Eddie Oygur has suffered a $US450,000 ($643,000) loss in his "David versus Goliath" legal fight with a major US footwear and apparel company. A jury in Chicago on Friday found Oygur's business, Sydney-based Australian Leather, wilfully infringed a trademark registered to California-based Deckers Outdoor by selling ugg boots online to customers in the US. After a four-day trial, Oygur was ordered to pay Deckers statutory damages of $US450,000 and he may face an order to pay millions more in legal costs. 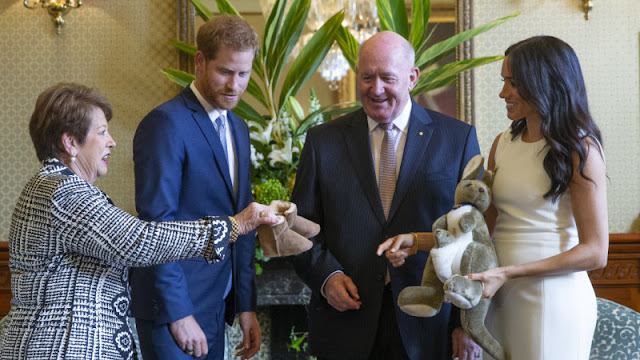 The Australian government has been periodically replacing the existing banknotes by new improved versions. The new notes have various features that improve accessibility and prevent counterfeiting. Updated $5 and $10 notes have already been released, and a new $20 is scheduled for October this year. Last October the new $50 note was released.

The note features the Indigenous writer and inventor David Unaipon on one side, and Edith Cowan, Australia’s first female member of parliament, on the other.

Behind the pic of Edith Cowan in microtext is an extract from her maiden speech to the Parliament of Western Australia. Nice touch except that the extract misspells the word “responsibility” three times, spelling it as “responsibilty”. 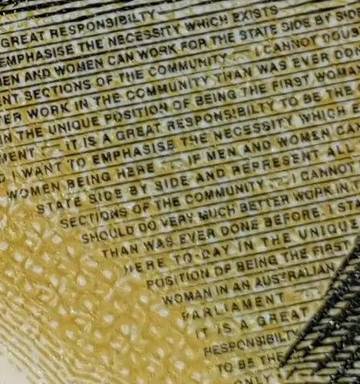 (Look at the top, middle and bottom).

There are 46 million $50 notes in circulation but the government has said they will fix it on the next run.

There are four birds on the new $50 note but you'll only be able to spot three. That's because the fourth can only be seen under ultraviolet or UV light. . .

- There's a green swan in the left-hand corner of the side that features inventor and author David Unaipon. 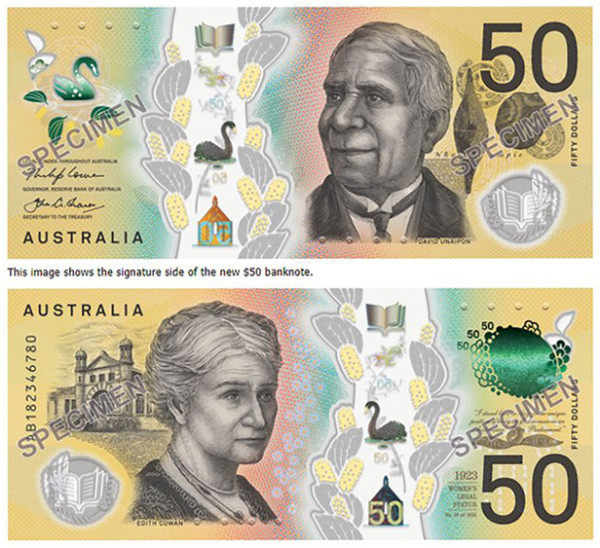 - There are two more swans on the clear window that runs through the middle of the note — a black one and another that "flies": 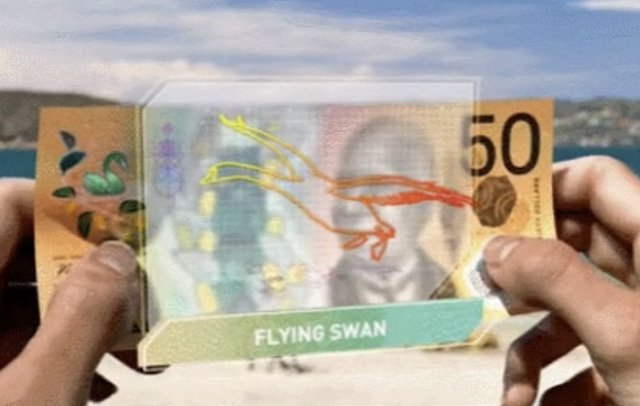 - the fourth swan is hidden behind the signatures on the Unaipon side: 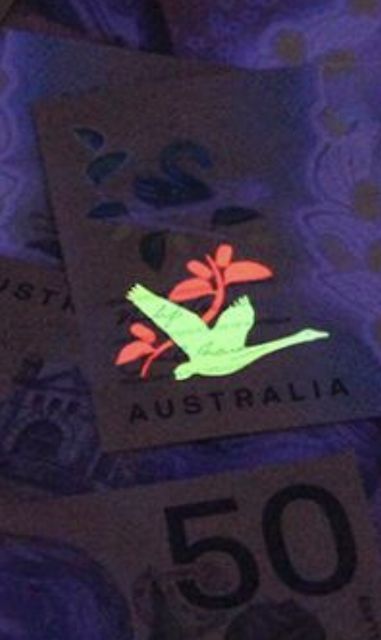