Also included, some reader comments from a Bored Panda post about the pics of the houses, at:
https://www.boredpanda.com/ugly-belgian-houses/?utm_source=newsletter&utm_medium=email&utm_campaign=Newsletter 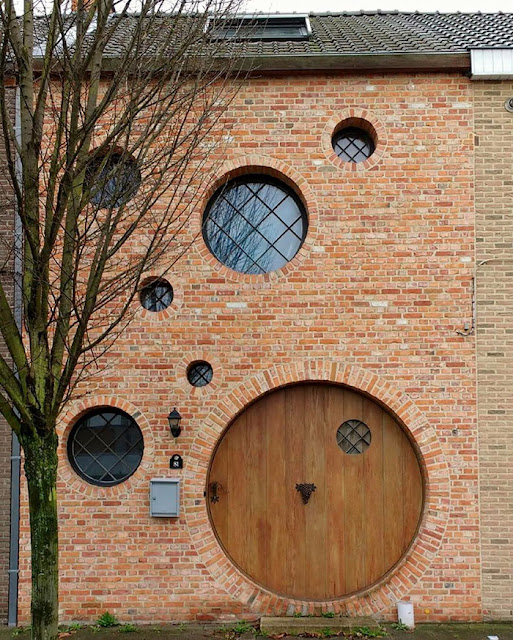 In a hole in the ground there lived a Hobbit...

This isn’t ugly at all! It’s Urban Hobbit. 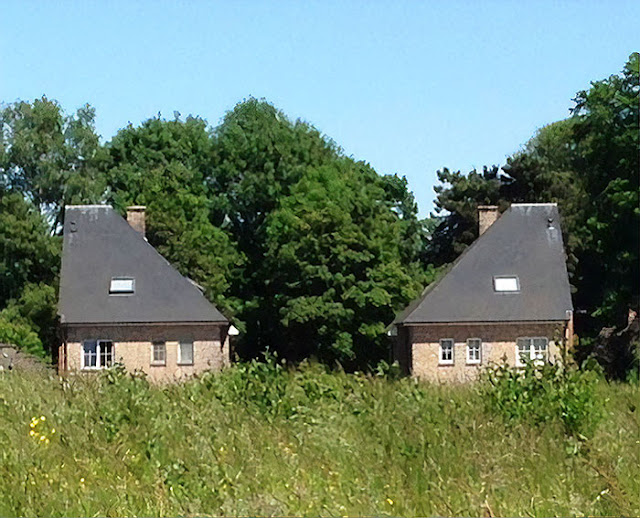 When you get a divorce and have to split everything.

The magician never could figure out how to put them back together again.

Honestly, how does this happen??

That's some judge's solution to a marital spat.

Too many drinks at the pub, then walk into the wrong house !!! 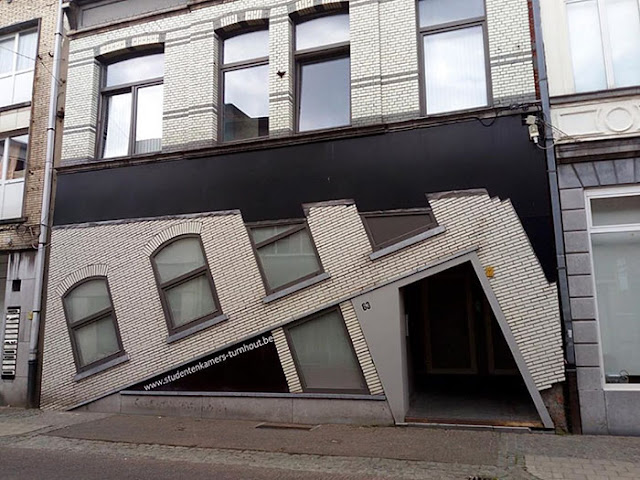 Which even counts as the first floor?

This gives me a headache.

This place is in Turnhout, Belgium. It used to be a bar called "Bronx".

Haha, and it functions as student housing now, apparently? :')

There's creative and original and then there's this mess.

It's a house that lets room to students (indicated on the triangular door on the left, in Flemish). So, I guess they thought it OK to have the ground floor (in Europe, we call it ground floor, not first floor) look a little bit funky. It's just the façade, inside it must be straight.
_________________ 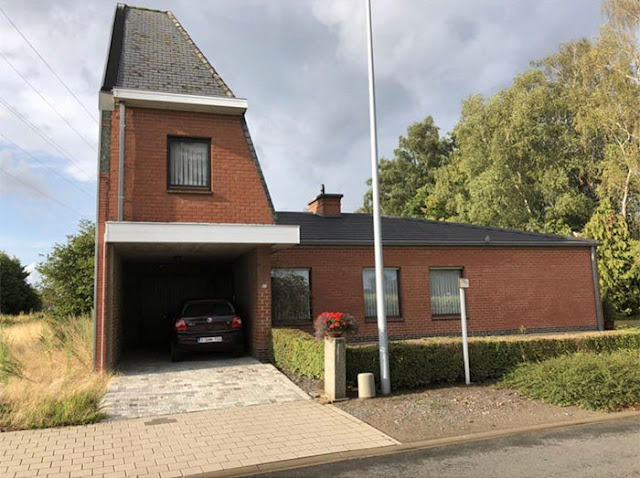 So much space lost....Would have been nice to have a full 1st floor

Anyone else wondering how you get upstairs?

Looks like part of the 2nd floor was eaten by a wormhole. 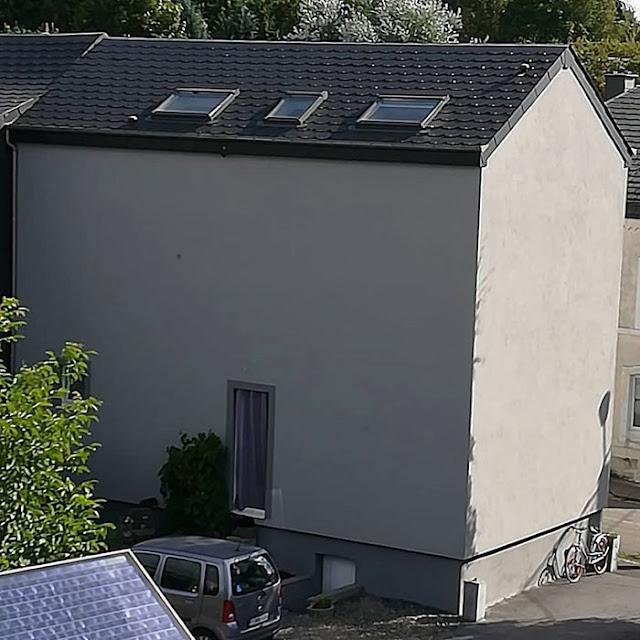 Is the owner a vampire?

Seems they chose to go with a curtain instead of a proper door as well...bold strategy.

I am sure that building a house without windows is illegal in many countries because of the fire safety. If the house is burning sometimes it is the best idea to escape from a window. If that would not be a problem I would actually like a house that does not have windows because then I could fill all the walls with shelves and store all my stuff more easily. :)

Don't know if it makes any difference but maybe the front of the house has windows... maybe this is the back and has no windows. This is truly depressing to live in a house with no windows.

"We're scared of a zombie apocalypse" 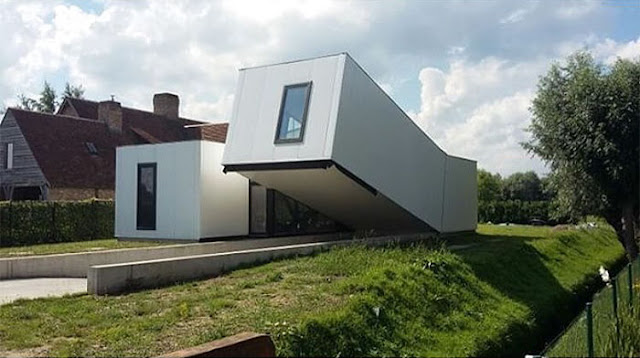 Omg, this is in my hometown, the back of the other half goes into the air as well. They've been building this for years but are having problems and it's still not finished.

Daddy is coming home ! Everyone over to the other side of the house and pick up the dog !

Again, why, why would this be a livable house in any way?

Do they nail the furniture to the floor?!

Too much Viagra in the sewer? 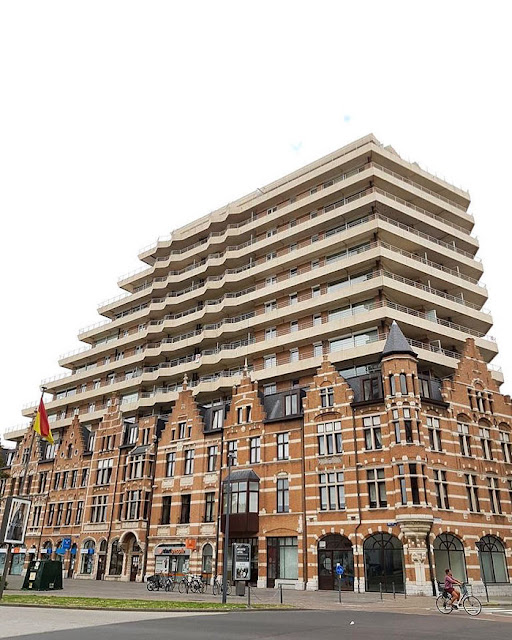 It looks like a cruise ship parked behind a building.

Exactly what I first thought. The ew is strong with this one! Ruined a beautiful cluster of architecture by plopping a pile of garbage on top. The city never should have allowed this

I remember when these were real houses in Oostende and the whole block was for sale. I suppose a big contractor bought the whole block, then realized he wasn't allowed to demolish the facades. It is creative, but ugly. Now, to find any beautiful new buildings on the Belgian coast you are going to have to look hard.

This looks like a great way to preserve the old architecture, but provide for the updated needs. I prefer this to knocking down the old building.

Agreed. Its great they kept the old front of a historic building. They do this a lot in Chicago. Nice example

That is trippy!! It just goes and goes .. reminds me of a cross over of M C Escher and Dali! 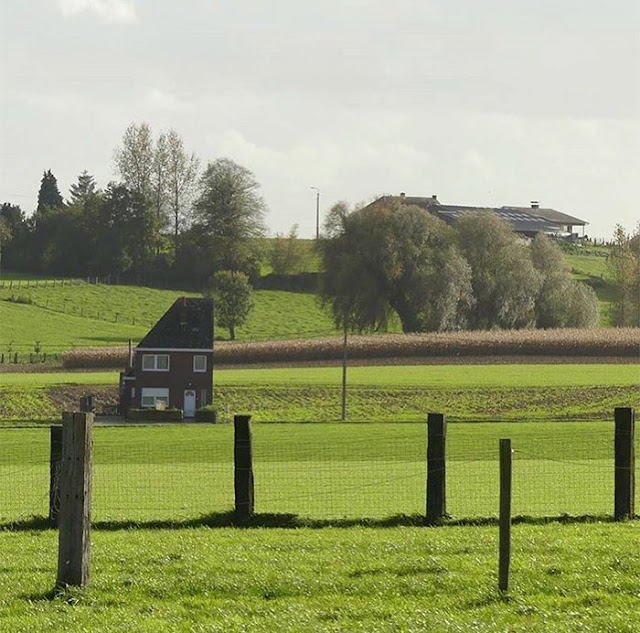 Come to think of it, this is the other half of the house with the car port.

Insurance only cover enough for just half a house from the disaster .

Actually this is really common here in Belgium. People buy a lot for a detached home. According to building regulations you HAVE to build a detached house. So when the adjacent lot hasn't been built on yet, you get this funny view.

little house on the prairie

what is with the Half houses??? 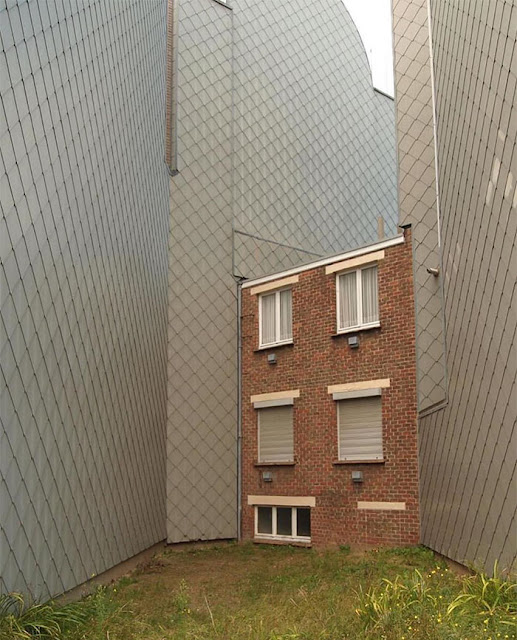 I didn't even know I could be sorry for a house. Until now. Poor little thing.

Well I'm not movin' so you'll just have to build around me.

Sunlight....nah, only shadows and sadness at this place!

Why are the windows on the floor?

Where is the door, it must be a secret door !!!