From Leo M, in response to the post about Jacinda and the Silo: 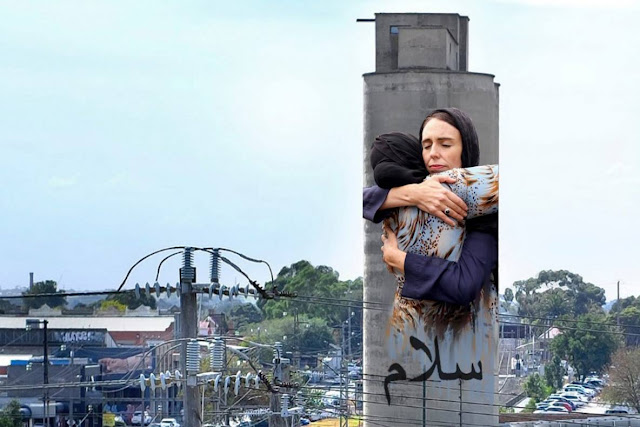 I had read about the Princess Mary one.

My recollection is that she was wearing the hijab because she was in a mosque.

I think that should have been explained that she just was not wearing it as a political stunt.

I also feel that what has upset the people is the use of Arabic on the Silo. I would have gone with just "Peace" and/or "love each other".

What does it actually mean?

The writing shows the Arabic word for “Peace”.

From Wayne B in response to the tattoo art:

The art is amazing and the quote of the is the best way to look at life. Well done Otto

The quote Wayne is referring to is: 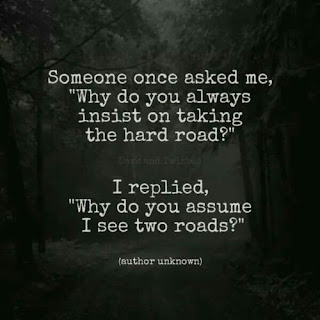 From Kerrie B in response to the post on Why Women Live Longer Than Men:

How many were Darwin award recipients? 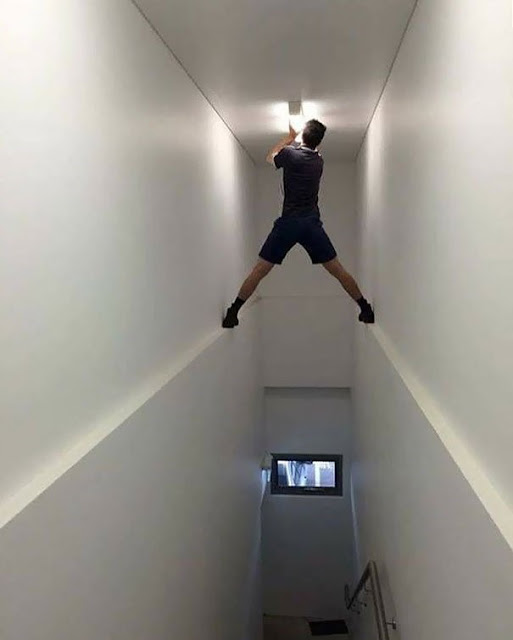 From Tobye P in respect of the post about the naming of Baby Sussex, aka Archie:

This is hilarious, in the US the name Archie either brings to mind the comic book characters, Archie and Jughead, or Archie Bunker from the TV show-neither are especially admirable characters.

There are so few Archie’s in the US I have personally never met or spoken to one-and I’m in a business where I hear a lot of names every day. I don’t know of any British ones, although the name may be more popular there…this is supposed to be a “bridge” name that is “unusual” and “unifies the US and UK”? Uh-they don’t need an excuse, if they want to give their kid an unusual name fine, I’m just thankful that it’s not “Blue” or “Zero” or something really weird-that’s hard on a kid.

I wish them all the best!

Hope things are going well for you and yours, Otto!

The Archies referred to by Tobye: 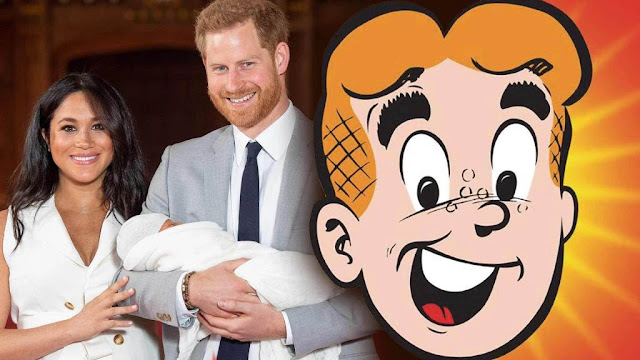 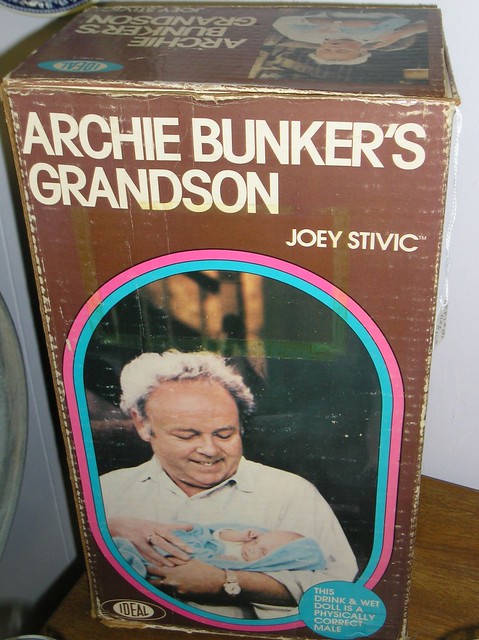 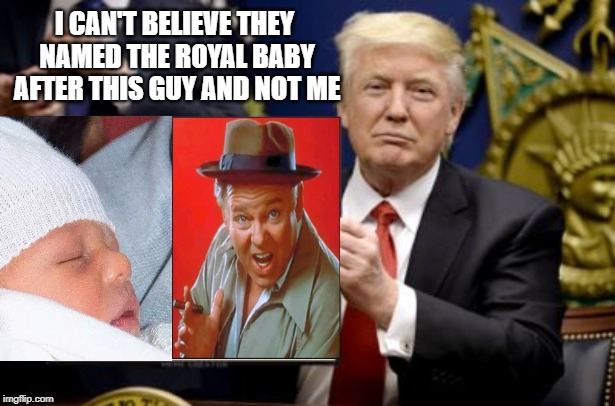 In Oz, we have another noted Archie but spelt as Archy, the Bald Archy, an art competition that is a a parody of the prestigious Archibald portariture prize.  The Baldy Archy usually includes cartoons or humorous works making fun of Australian celebrities. It is judged by Maude, a cockatoo. 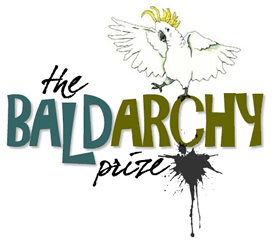 It began in 1994 and is now a popular event presented in Sydney, Melbourne and other locations. 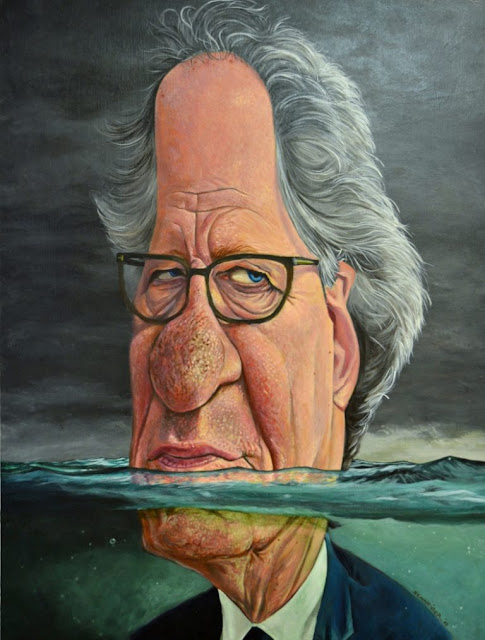 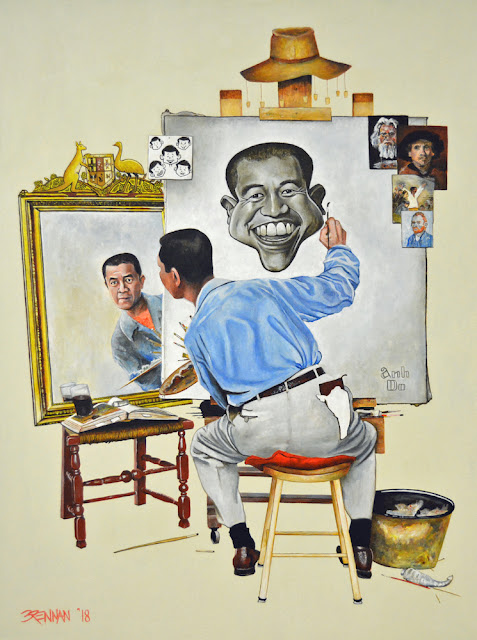 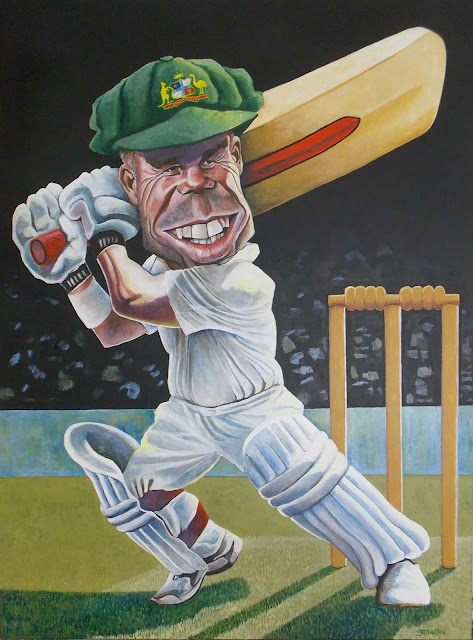 From Graham E, in response to the post showing emages from bygone years of bullock trains:

Loved the story about bullock trains but you didn’t mention the most famous bullock, Sandra: 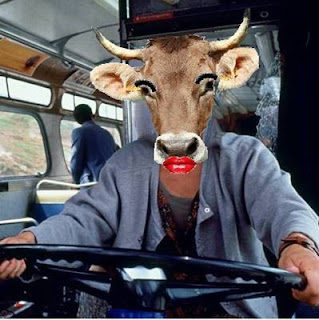 in her most famous role “Steed”

A colourful makeover in the town of Kampung Pelangi in Randusari, Indonesia, is bringing in tourists in droves – and it's all for a great cause. The town, originally called Kampung Wonosari, is home to 223 houses which have all recently been painted a minimum of three bright colours and decked out with murals. Local structures like bridges have also received special treatment. All this colour has been provided thanks to funding from the government, who were hoping to boost the tourism to the area.

It's certainly working, Instagram is filled with pictures of travellers in front of the colourful buildings and giant murals. The Indonesian Builders Association in Semarang provided the paint and workers for the project, which was completed last month. The residents of Kampung Pelangi are using the increased interest in their brightly coloured town to boost their local economy, by selling food and souvenirs to tourists. The project is going to extend across another hundred or so houses and also includes other important projects like clearing and cleaning the local river. 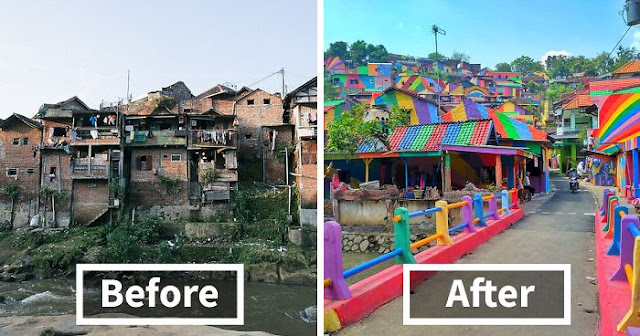 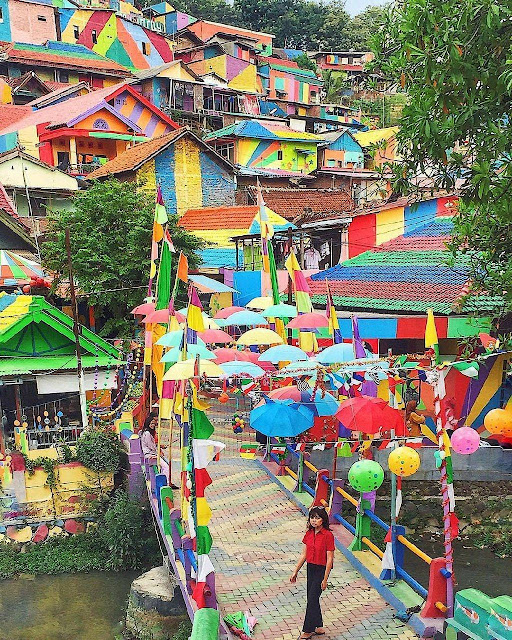 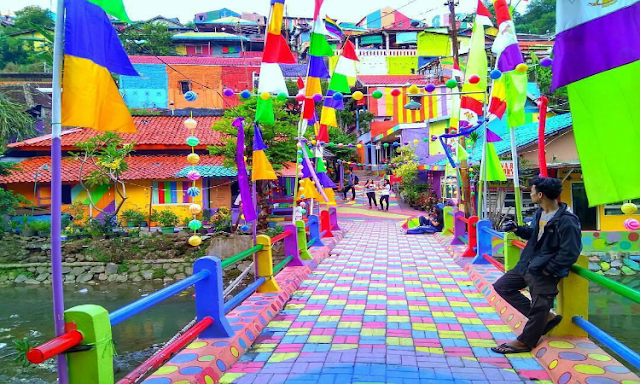 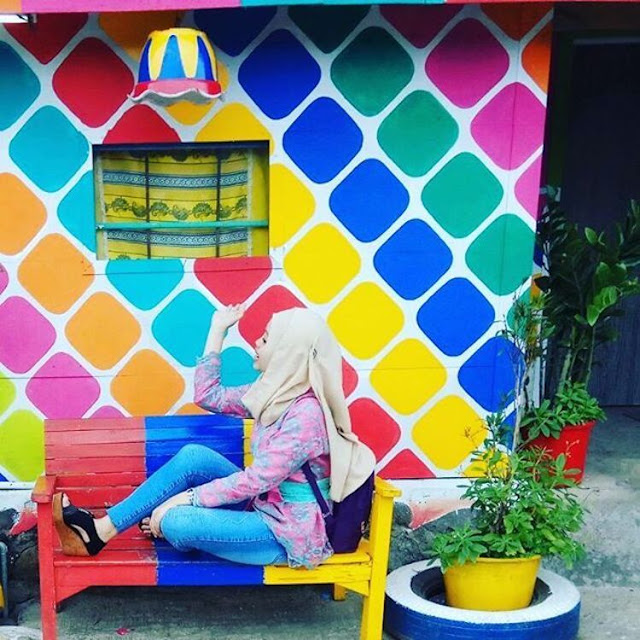 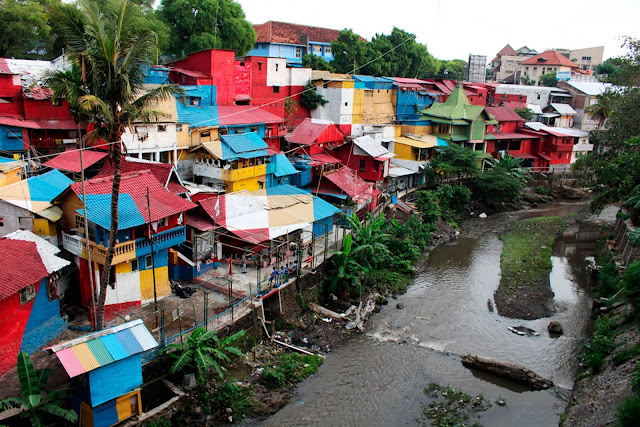 And still more from Graham G:

Have you seen these works by Dutch artist Jan Is De Man ? 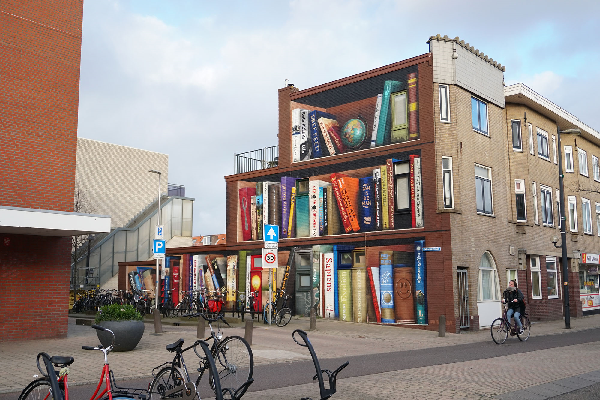 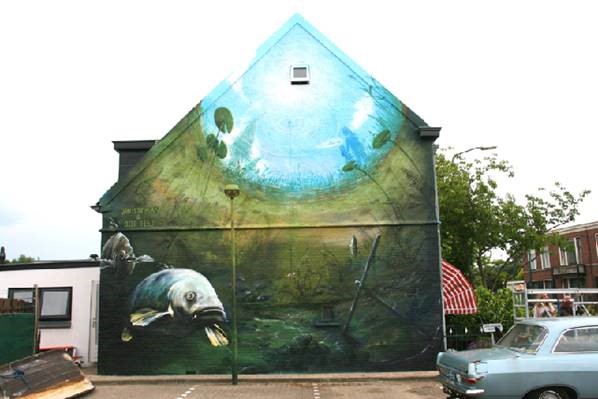 Jan Is De Man is a Dutch street artist noted for his murals.

De Man was recently asked by the owners of a building in Utrecht, the Netherlands, who are friends of his, to create a mural on the side of it. De Man took on the challenge and added a little community spirit to it by asking the local residents to suggest book titles to be featured in the piece. Anything was acceptable, except for religious or political works. 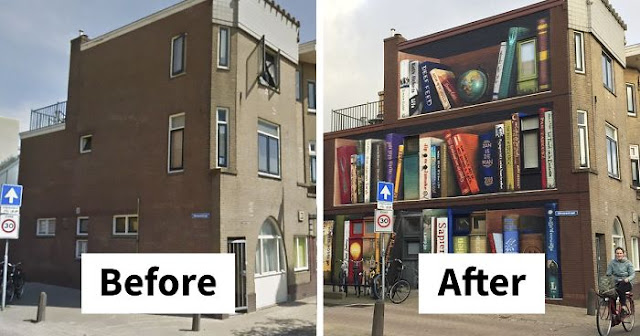 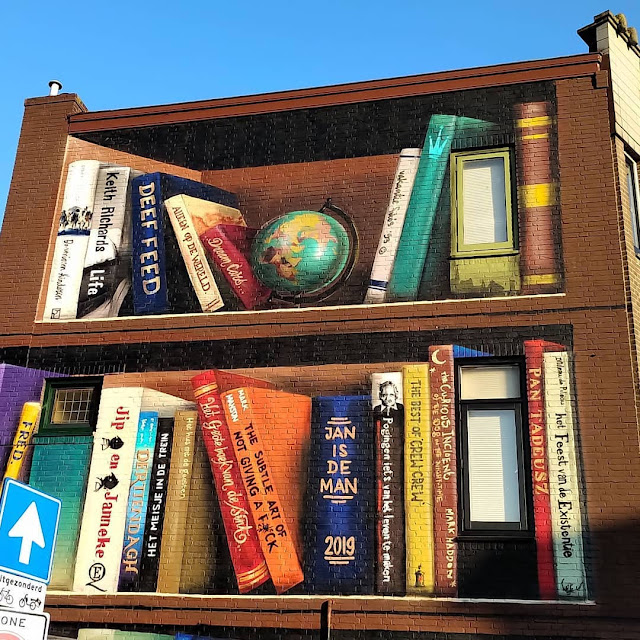 (Note the title of the orange book in the middle .. . philosophy?) 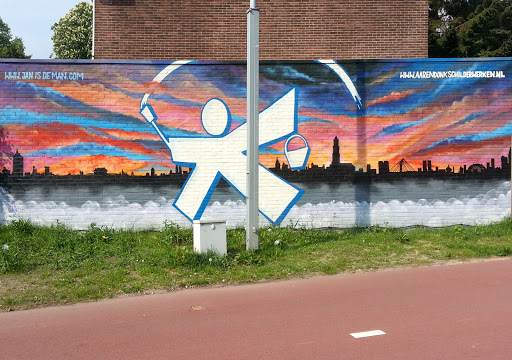 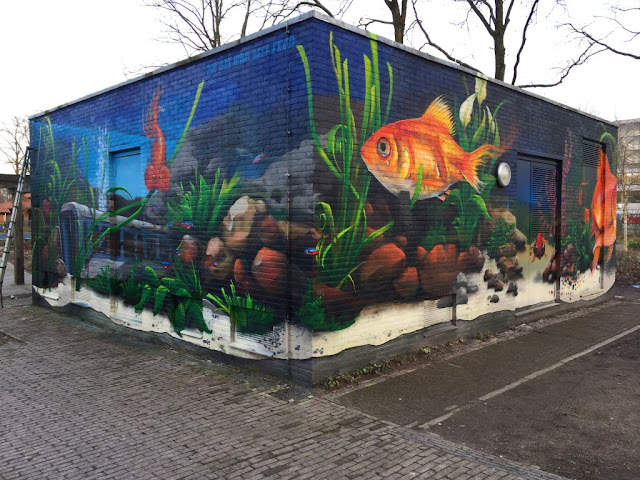