Of Flags and Poems

Having posted a few items on Australia in the last few days, here is another.


One of my friends and a contributor to Bytes on occasion, Steve, is a defender of our current flag. He came to mind when I stumbled upon a poem by an anonymous writer espousing the same view, so Steve, this one’s for you . . .

Our flag bears the stars that blaze at night
In our southern sky of blue
And that little old flag in the corner
That's part of our heritage too,
It's for the English, the Scots and the Irish
Who were sent to the end of the earth
The rogues and the schemers and dreamers
Who gave our Australia its birth.
And you who are shouting to change it
You don't seem to understand
It's the flag of our laws and language
Not the flag of a far away land
There are plenty of people who'll tell you
How when Europe was plunged into night
The little old flag in the corner
Was their symbol of freedom and light.
It don't mean we owe our allegiance
To a forgotten imperial dream
We've the stars to show where we're going
And the old flag to show where we've been.

The Brits began it with Brexit.
Meghan did hers with Megxit,
Let those like Steve scoff,
Take the Union Jack off
And let’s have our own Aussie flagxit. 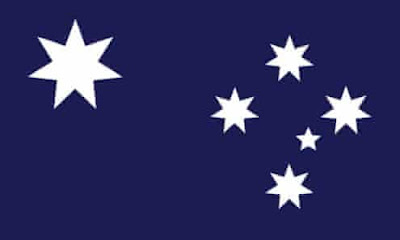