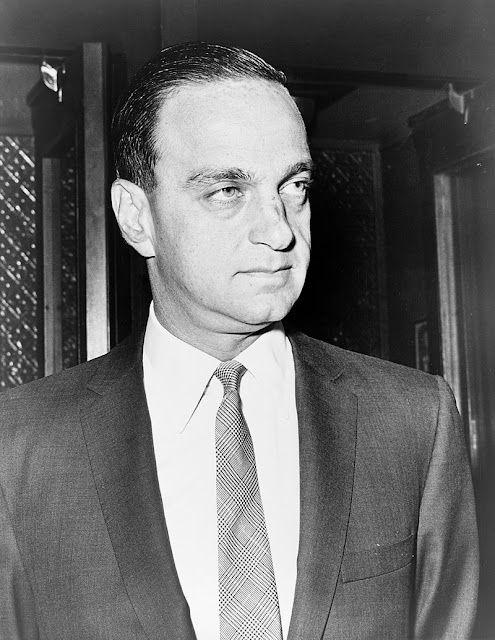 Roy Cohn (1927-1986) was  an American lawyer best known for being Senator Joseph McCarthy's chief counsel during the Army–McCarthy hearings in 1954, for assisting with McCarthy's investigations of suspected communists, and as a top political fixer.

Apart from being McCarthy’s chief henchman Cohn prosecuted the Rosenbergs using questionable means (see previous Bytes post in this series, 1951). The consensus among historians is that Julius Rosenberg was guilty of espionage but that his and Ethel's trial was marred by clear judicial and legal improprieties – many on the part of Cohn – and that they should not have been executed.

Cohn was an informal advisor to Richard Nixon and Ronald Reagan.  He was also the lawyer for numerous Mafia bosses and the Roman Catholic Church NY diocese. His other clients included Aristotle Onassis and retired Harvard Law School professor Alan Dershowitz, who has referenced Cohn as "the quintessential fixer".

Cohn and McCarthy targeted many government officials and cultural figures not only for suspected Communist sympathies, but also for alleged homosexuality. McCarthy and Cohn were responsible for the firing of scores of gay men from government employment and strong-armed many opponents into silence using rumours of their homosexuality.  This persecution of gays, led by McCarthy and Cohn, has been given the name the "Lavender Scare". It contributed to and paralleled the anti-communist campaign known as McCarthyism and the Second Red Scare. Gay men and lesbians were said to be national security risks and communist sympathisers, which led to the call to remove them from state employment. It was thought that gay people were more susceptible to being manipulated which could pose a threat to the country.

Secretly Cohn was himself a homosexual who died of AIDS.

In 1986, Cohn was disbarred from the Appellate Division of the New York State Supreme Court for unethical conduct after attempting to defraud a dying client by forcing the client to sign a will amendment leaving him his fortune.  Cohn died 5 weeks later.

The Army–McCarthy hearings were a series of hearings held by the United States Senate's Subcommittee on Investigations (April–June 1954) to investigate conflicting accusations between the United States Army and U.S. Senator Joseph McCarthy. The Army accused Chief Committee Counsel Roy Cohn of pressuring the Army to give preferential treatment to G. David Schine, a former McCarthy aide and friend of Cohn's.  It has also been speculated, but not proven, that Schine and Cohn were in a sexual relationship.  McCarthy counter-charged that this accusation was made in bad faith and in retaliation for his recent aggressive investigations of suspected Communists and security risks in the Army. 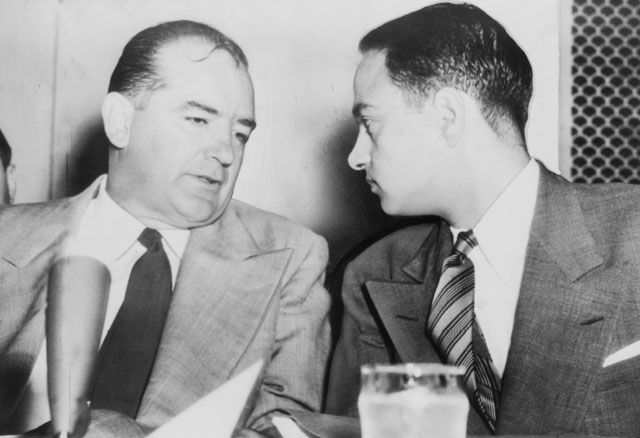 Joseph McCarthy (left) chats with Roy Cohn at the hearings.
Looks a bit like Forrest Gump . . . 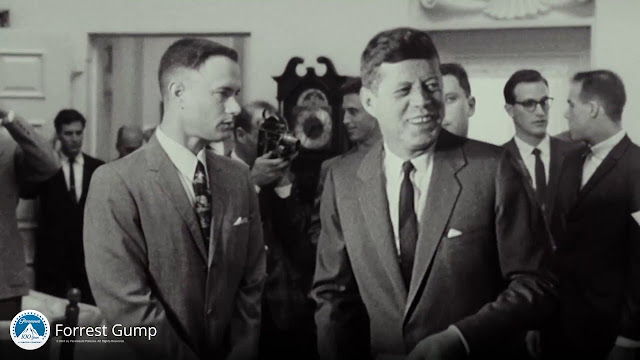 The hearings received considerable press attention, including live television coverage.  This greatly contributed to McCarthy's decline in popularity , and the Army–McCarthy hearings ultimately became the main catalyst in McCarthy's downfall from political power. On December 2, 1954, the Senate voted 67–22 to censure McCarthy, effectively eradicating his influence. After his censuring, Senator McCarthy continued his anti-Communist oratory, often speaking to an empty or near-empty Senate chamber. Turning increasingly to alcohol, McCarthy died of hepatitis on May 2, 1957, at the age of 48.

From the 1970s, Cohn was the legal representative and mentor of Donald Trump, including representing Trump in suits alleging that Trump’s organisation had wrongfully refused tenancies to African-Americans.  (Trump settled the charges out of court in 1975, saying he was satisfied that the agreement did not "compel the Trump organization to accept persons on welfare as tenants unless as qualified as any other tenant."  Nonetheless the corporation was required to send a bi-weekly list of vacancies to the New York Urban League, a civil rights group, and give the league priority for certain locations.)

Rupert Murdoch was one of Cohn’s clients, and Cohn repeatedly pressured President Ronald Reagan to further Murdoch's interests. Cohn is credited with introducing Trump and Murdoch, in the mid-1970s, marking the beginning of what was to be a long, pivotal association between the two.

“Where's My Roy Cohn?” is a 2019 Netflix documentary film, directed by Matt Tyrnauer, and produced by Matt Tyrnauer, Marie Brenner, Corey Reeser, Joyce Deep, and Andrea Lewis. The film stars American lawyer Roy Cohn as himself, alongside Ken Auletta, Anne Roiphe, Roger Stone, Donald Trump, and Barbara Walters. The title is reported to be a quote from President Donald Trump, as he discussed Attorney General Jeff Sessions's recusal from the Mueller Investigation. 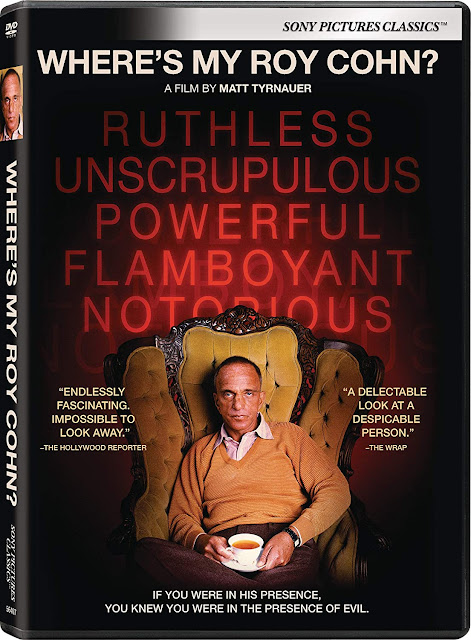 Posted by BytesMaster at 6:10 AM