Edwin Greenslade Murphy (also known as Dryblower Murphy or simply Dryblower, 1866 - 1939) was an Australian journalist and poet who spent time on the goldfields of Western Australia. 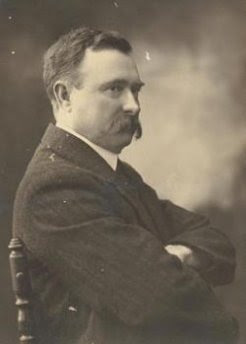 By the way:
Dry blowing is a method to extract gold particles from dry soil without the use of water. One method is to pour dry soil from a height into a pan, allowing the wind to blow away finer dust. The denser gold particles to fall into the pan.  Alternatively, the prospector would use one pan and throw dirt up into the air and catch it.

One of Dryblower's poems, The Smiths, was written in 1926. Apart from being a whimsical bit of humour, it is also an insight into life on the goldfields and some of the language of bygone years.  It is posted below following the glossary, some of the terms being known to us in Oz but perhaps needing clarification for those overseas.

We had many problems set us when Coolgardie was a camp,
When the journey to the goldfields meant a coach-fare or a tramp;
We had water questions, tucker ditto, also that of gold,
How to clothe ourselves in summer, how to dress to dodge the cold.

We marvelled how the reefs occurred in most unlikely spots,
For the topsy-turvy strata tied geologists in knots;
But though we plumbed the depth of many mysteries and myths,
The worst we had to fathom was the prevalence of Smiths.
To say they swarmed Coolgardie was to say the very least,
For they over-ran the district like rabbits in the East;
The name predominated in the underlay and drive,
The open-cut and costeen seemed to be with Smiths alive;
Where the dishes tossed the gravel they gathered from afar,
They clustered at the two-up school and at the shanty bar;
And while Jones and Brown were just as thick as herrings in a frith
If you threw a stone at random, you were sure to hit a Smith.

There were Smiths from every region where the Smiths are known to grow,
There were cornstalk Smiths, Victorian Smiths, and Smiths who eat the crow;
There were Maori Smiths, Tasmanian Smiths, and parched-up Smiths from Cairns;
Bachelor Smiths and widower Smiths and Smiths with wives and bairns.
Some assumed the names for reasons that to them were known the best
When silently they packed their ports and flitted to the West,
Till every second man you met to yarn or argue with
Was either a legitimate or else a bogus Smith.

It really mattered little till the days the big mails came,
And then began the trouble with that far too-frequent name;
For the Smiths rolled up in regiments when the letter "S" was called,
To drive the post-officials mad and prematurely bald.
Shoals of Smiths demanded letters that were never to them sent.
Wrong Smiths got correspondence which for them was never meant;
And many a Smith, whose facial calm shamed Egypt's monolith,
Bought jim-jams with the boodle sent to quite a different Smith.
The climax came one Christmas Eve, the mail was on its way,
And the post-officials yearned to block the Smiths on Christmas Day;
So they faked an Eastern telegram by methods justified,
Upon it put no Christian name and tacked it up outside;
It was from a Melbourne lawyer, and addressed to "Smith Esquire"
It was stamped "prepaid and urgent", so t'would confidence inspire,
And when Coolgardie sighted it and marked its pungent pith,
There was pallid consternation in the habitat of Smith.
"Our client has informed us you are over in the West,"
Ran the message, "and she threatens your immediate arrest;
She hears you're known as Smith, but says you needn't be afraid
If you'll come and face the music and redeem the promise made."

The population read it, and before the daylight came
A swarm of Smiths rolled up their swags and took a different name.
They declined to "face the music" and return to kin and kith,
And the maidens who were promised still await the absent Smith. 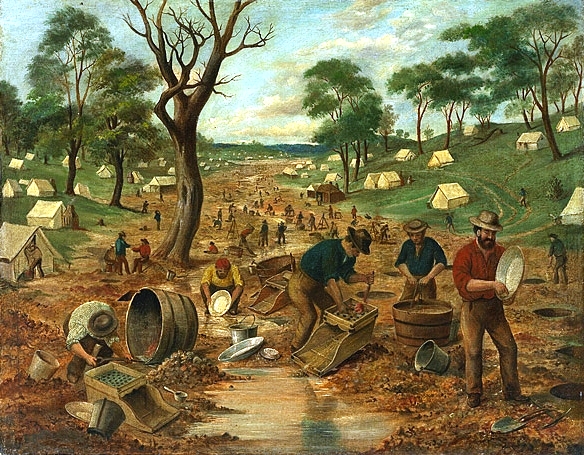 Posted by BytesMaster at 5:50 AM