The first church in the area, a Wesleyan Chapel, gave rise to the name of the locale as Chapel Point, later changed to Church Point.

Although the 1872 Wesleyan Chapel was the first church in the area, services were originally conducted under the trees on the site of the present Bayview Post Office.

The Wesley Chapel was used by all denominations. It was demolished in 1932.

The first settler in the area, Thomas Langford, acquired 40 acres in 1852.

Governor Arthur Phillip, in charge of the First Fleet which began white settlement of Australia in 1778, considered Pittwater “the finest piece of water I ever saw”. From his journal:

[Phillip’s exploration party had gone] “with a long-boat and cutter to examine the broken land mentioned by Captain Cook, about eight miles to the north-ward of Port Jackson. We slept in the boat that night within a rocky point in the north-west part of the bay… and the next day…entered a very extensive branch, from which the ebb tide came out so strong that the boats could not row against it in the stream; and here was deep water. Immediately round the headland that forms the southern entrance into the bay there is a branch, which I think the finest piece of water I ever saw, and which I honoured with the name of Pitt Water.” [in honour of William Pitt, then Prime Minister of England.] 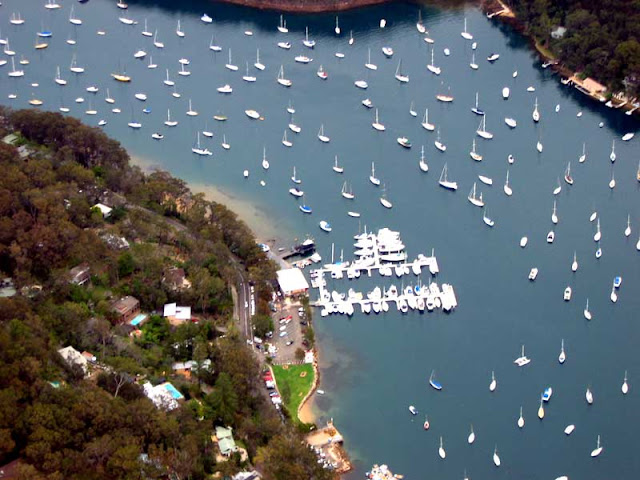 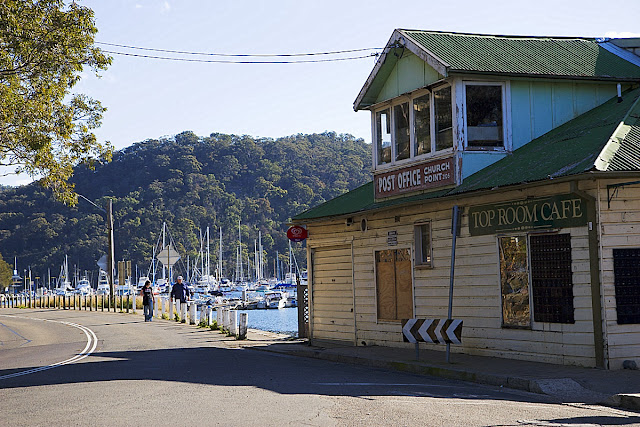 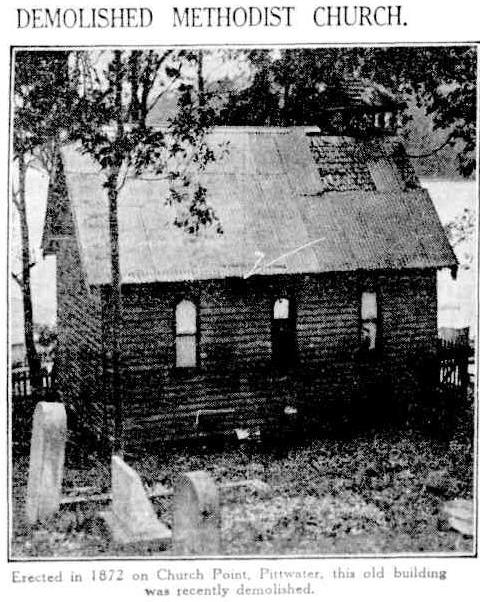 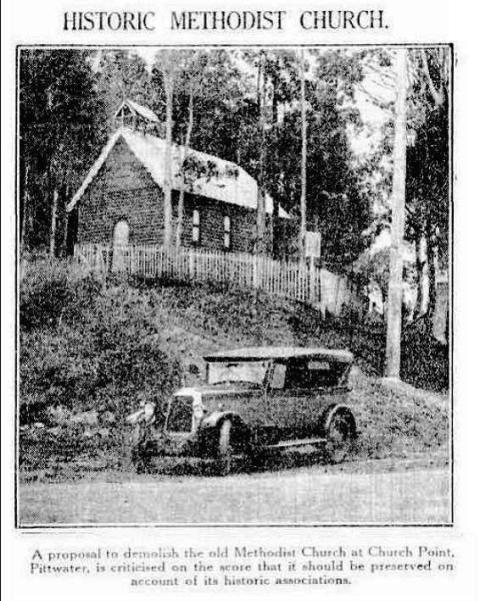 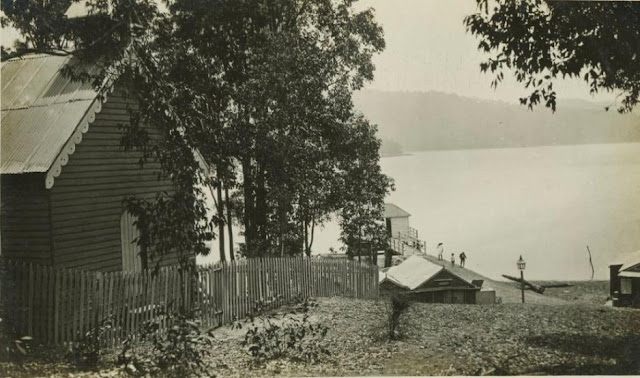 Another view of the Wesleyan Chapel 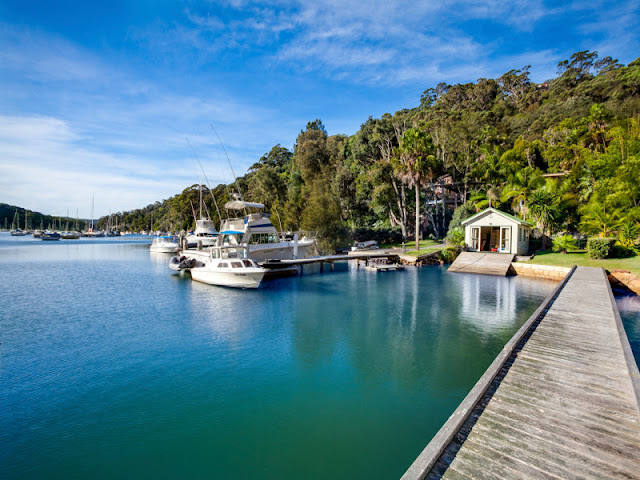 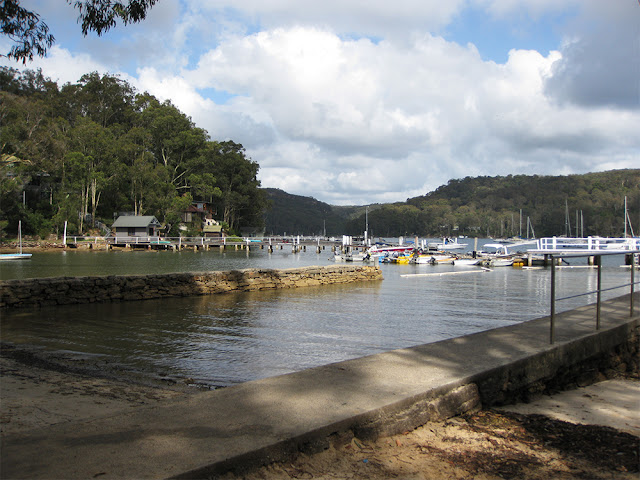 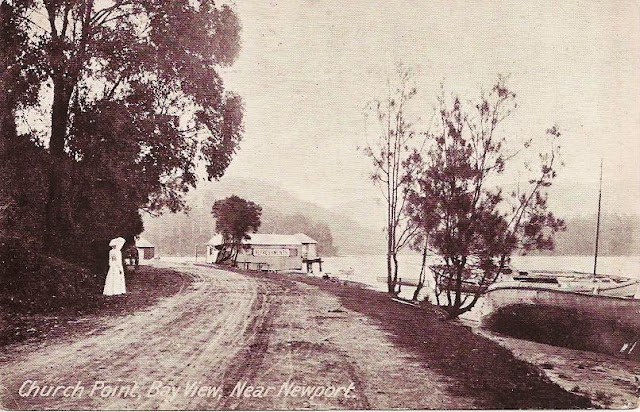 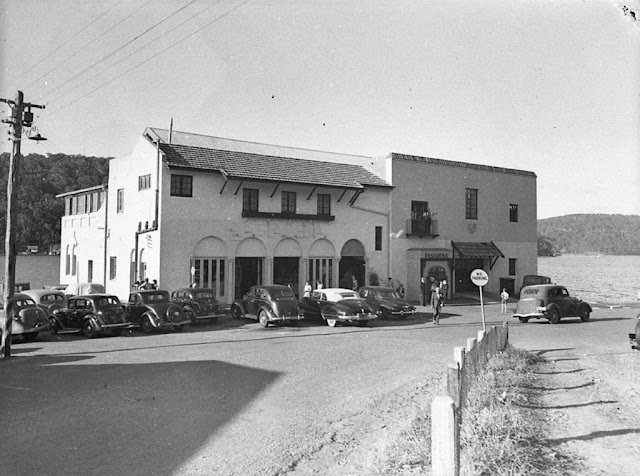 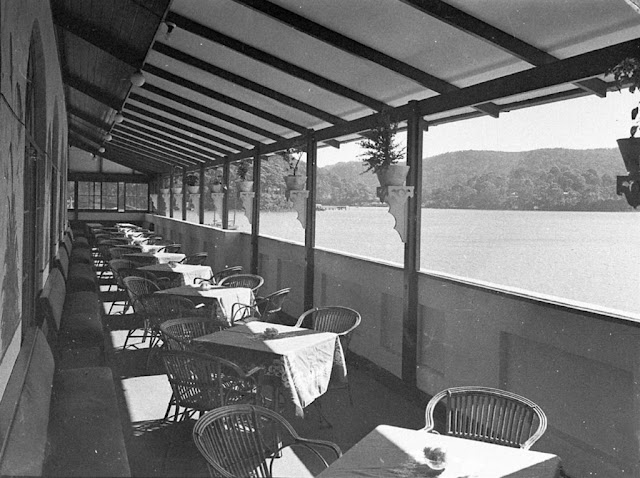 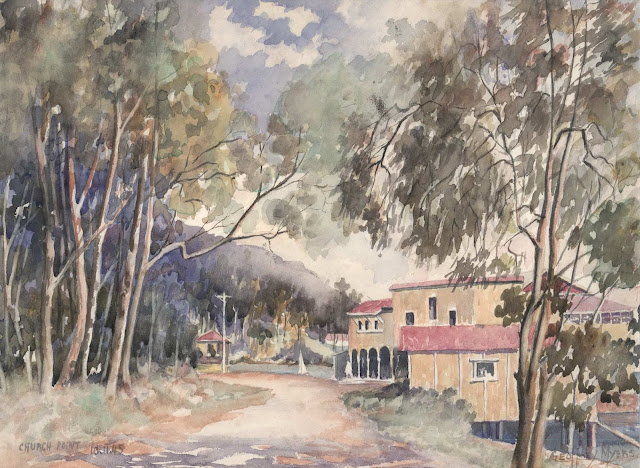 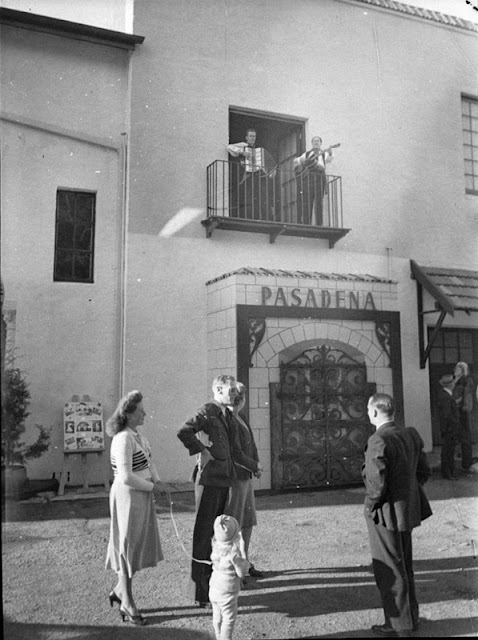 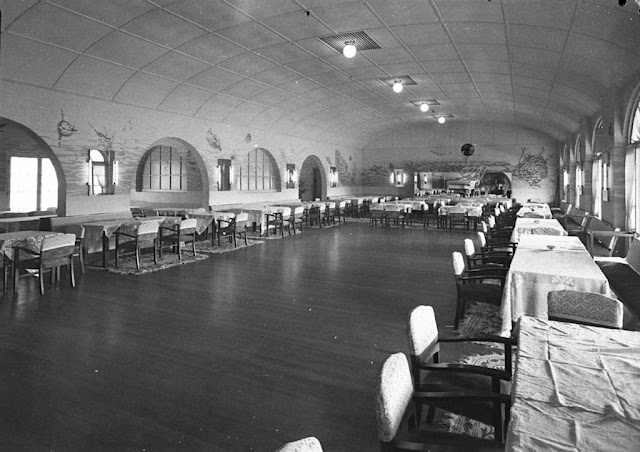 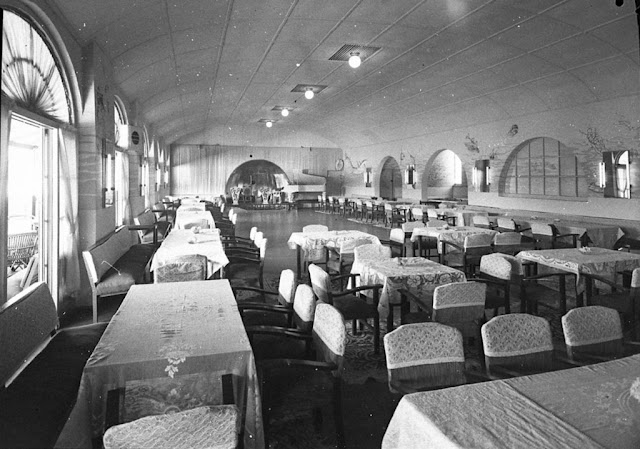 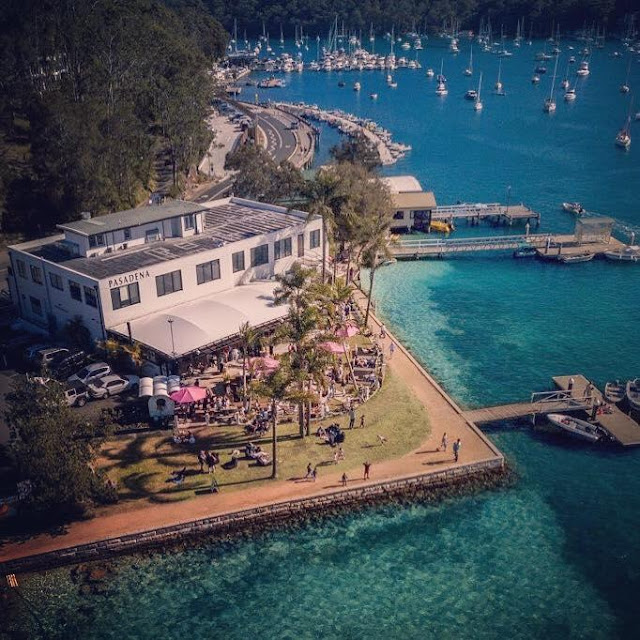 The Pasadena today – accommodation and bar 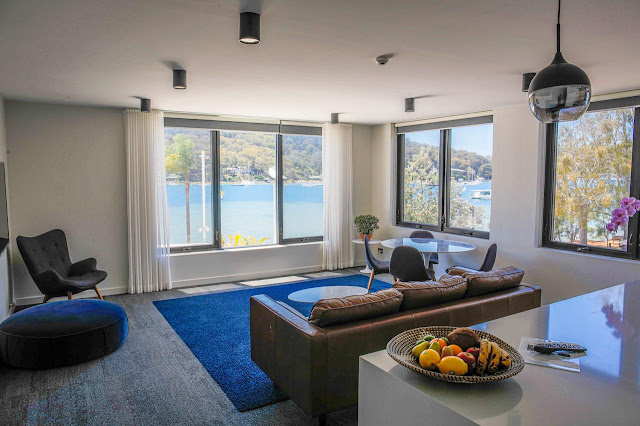 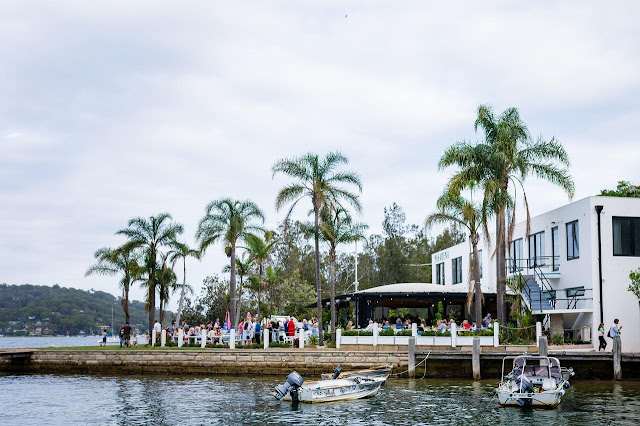 Claremont Meadows is located 45 kilometres west of the Sydney central business district, in the local government area of the City of Penrith and is part of the Greater Western Sydney region.

The name Claremont Meadows recalls Claremont, the name of the property of settler Bryan Molloy. Claremont was already in use as the name of the local Parish. There are three places in England named Claremont; it most likely is named after one of these.

The area was opened up as a housing estate in 1984. 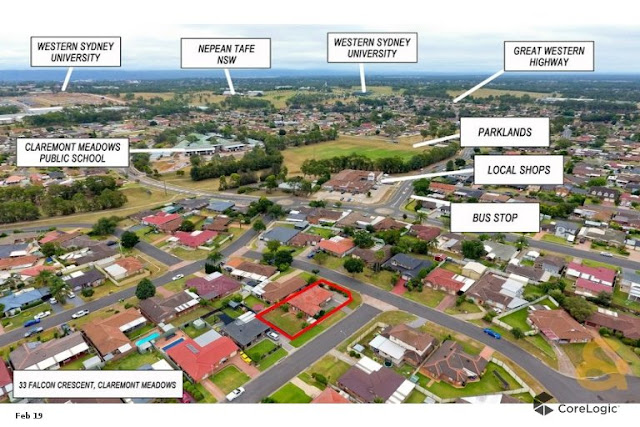 The origin of the name is unknown although it may be that the combination of the words “Clare” and “ville” suggests that it is named after a home which, in turn, may have been named after its owner.

It was also spelt 'Clairville' earlier on, with the beach named 'Farrell's Beach' on some arly maps due to John Farrell owning the land, a name that was once also applied to Newport Beach. The reference to the beach we now called 'Clareville' may stem from Mr. Farrell's ownership from 1835.

In the 1830s, two large land grants were made to a Catholic priest, Father John Joseph Therry (1790-1864), who had arrived in Sydney in May 1820. The grant included what is now known as Clareville. It is thought that the suburb has historically been accessed by the water.

In the early 1920s, the area was subdivided and Sydney residents purchased holiday homes.

In the 1950s, with the increase in motor car use, the area became a residential zone.

Houses in the area are now expensive, with many having water frontages and views. 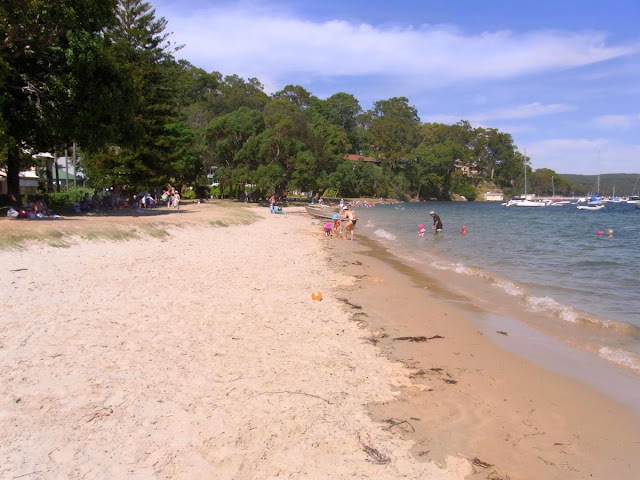 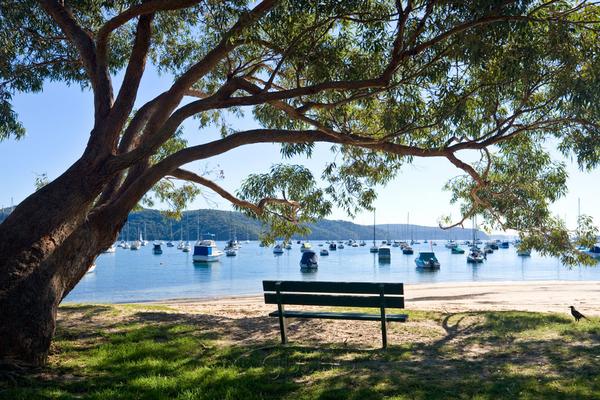 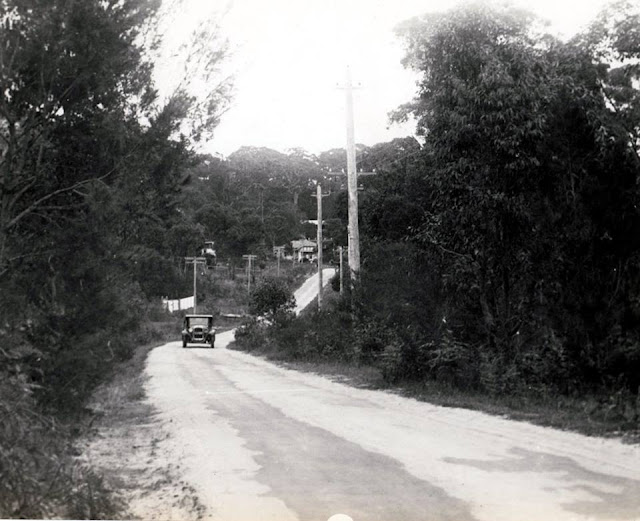 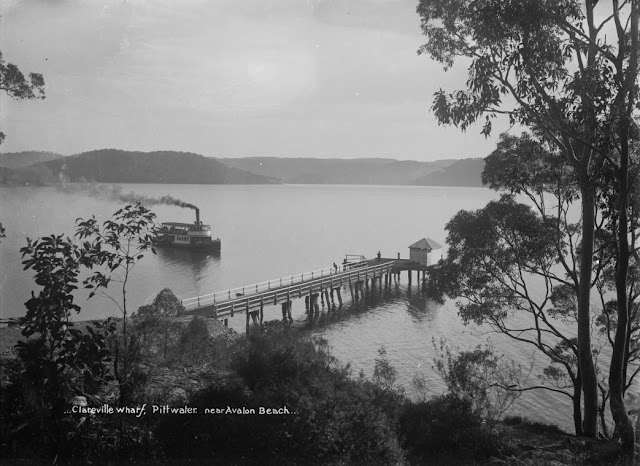 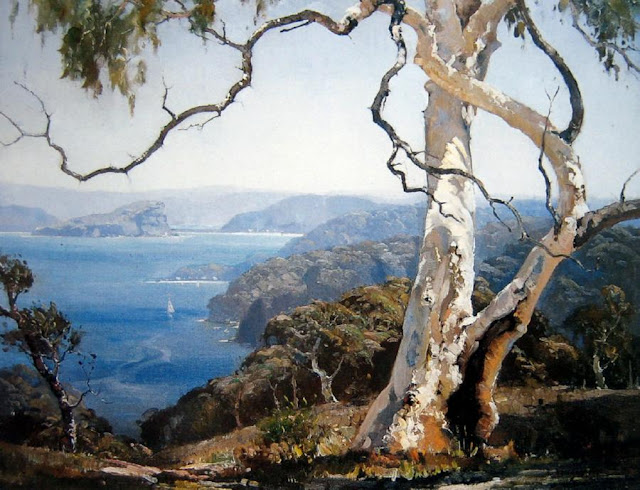 “Pittwater”, Oil on canvas by Robert Johnson - vista is from above Clareville, looking north
Posted by BytesMaster at 12:39 AM