A happy Easter Sunday to all Byters.

Some Jesus-themed humour follows. Although not disrespectful, those who may be offended should not read further.

A little boy and his mother, shopping for Easter candies and decorations, ran into their minister in the store. Mom and reverend exchanged a little chit-chat. Then the reverend looked at little Johnny and asked, “So, what are you up to today?” “Oh,” Johnny said, “We’re getting ready for Easter!” Seeing a pedagogical opportunity, the reverend replied “Oh really? Hey, just what exactly is Easter anyway? Do you know what happened on Easter?” Little Johnny looked at the reverend a little offended. “Of course I know what Easter is. It’s when Jesus went to Jerusalem, and he rode a donkey, and they waved palms at him.” “That’s right, go on” said the reverend.” “And he got in trouble and he was beat up and yelled at and then they nailed him on a cross and then he died.” “Very good Johnny! What happened next?” “Well then they put him in a tomb and they put a big rock in front of it. But three days later he got raised and got out of there.” “Johnny, that’s great!” said the reverend, pleased to know his Sunday School program worked so well. “But that’s not all” said Johnny. “Oh, said reverend, what else?” “Well, the rock got rolled back, and he stepped out, and he looked around, and if he sees his shadow there’s six more weeks of winter.”

Jesus: What do people call the day I was crucified?

Jesus: What the fuck??

Jesus: Well, how do you celebrate my resurrection?

Me: We eat chocolate bunnies.

Jesus: Am I being punk'd?

[In Heaven, after the crucifixion]

Jesus: They were horrible Dad, I’m pleased I’m not going back there. 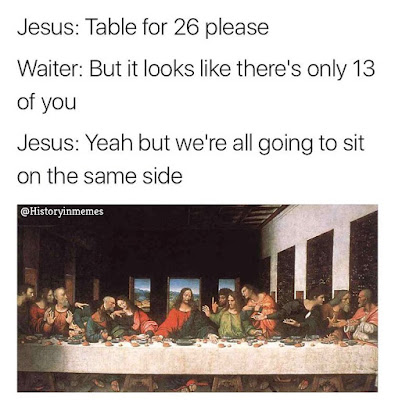 “YOU’RE NOT MY REAL FATHER.”

The ground shakes a little and a voice comes down from the sky.

“Do what your stepfather says, you little shit.” 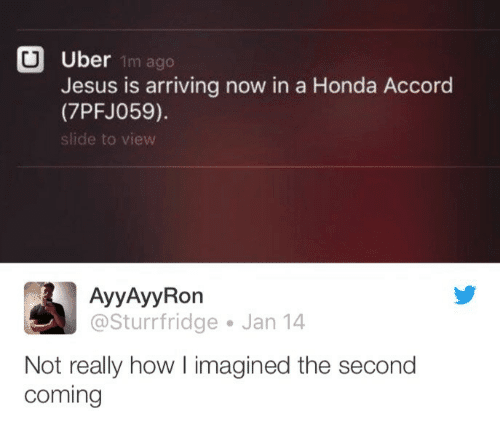 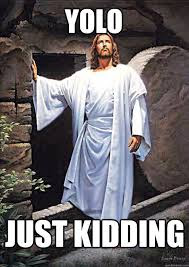 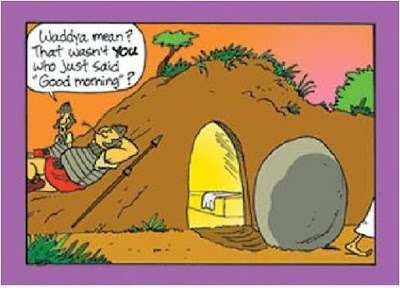 More a visual one but worth including, from the 2009 road movie Charlie and Boots, Paul Hogan as Charlie talking to his son, nicknamed Boots: 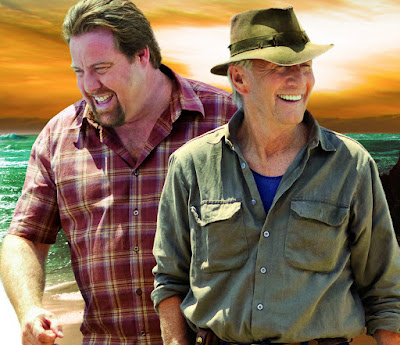 So one day God was sitting around in Heaven on his Lay-Z-Boy recliner. Well, he can if he wants to - he's God.

And he saw his son come in and he said, "Jesus, lad, over here." He said, "I've been looking down at Earth and it's a terrible mess. I'm gonna have to send you down there to straighten them out."

And Jesus said, "My pleasure, Dad."

"There's a bit of a drawback, though, " he said. "I'm gonna have to send you as a human being. You'll be mortal and I'm afraid you're gonna have to die for their sins."

He said, "Look, son, the best thing I can do, though, is I can give you a choice in how you're gonna die. You can either be crucified or you can be stung to death by killer bees”

The old man immediately meets with his 3 sons to voice his concern. He tells themn that the backlash could be horrendous and that he wants to see noi further ads showing Christ crucified. The sons agree to do so. 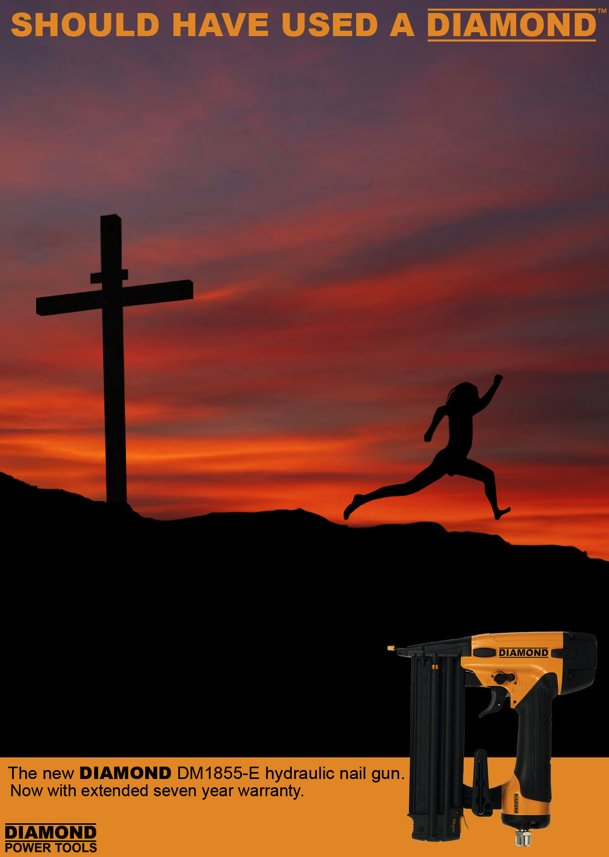