Tomorrow is Anzac Day in Oz, a particularly revered day.

Anzac Day is a national day of remembrance in Australia and New Zealand that broadly commemorates all Australians and New Zealanders "who served and died in all wars, conflicts, and peacekeeping operations" and "the contribution and suffering of all those who have served". Observed on 25 April each year, Anzac Day was originally devised to honour the members of the Australian and New Zealand Army Corps (ANZAC) who served in the Gallipoli Campaign, their first engagement in the Great War (1914–1918).

The day is marked by dawn services in most cities and major towns,  the playing of the Last Post, a minute’s silence, Anzac Day marches and a blind eye by the police to gambling (a game called Two Up) in the pubs.

The symbols of Anzac Day are the wearing of a sprig of rosemary (remembrance) and the reciting of The Ode in the remembrance services:
They shall grow not old, as we that are left grow old;
Age shall not weary them, nor the years condemn.
At the going down of the sun and in the morning
We will remember them.

This is usually followed by the response “We will remember them.  Lest we forget.”

Many war memorials and monuments bear the words “Lest we forget.”

You will probably have gathered at least a little of the sacredness of the day and what it stands for.

It is therefore mindboggling that a local Sydney Council – the City of Canada Bay Council – erected commemorative banners showing pictures of servicemen with the words “Lest we forgot” instead of “Lest we forget”. 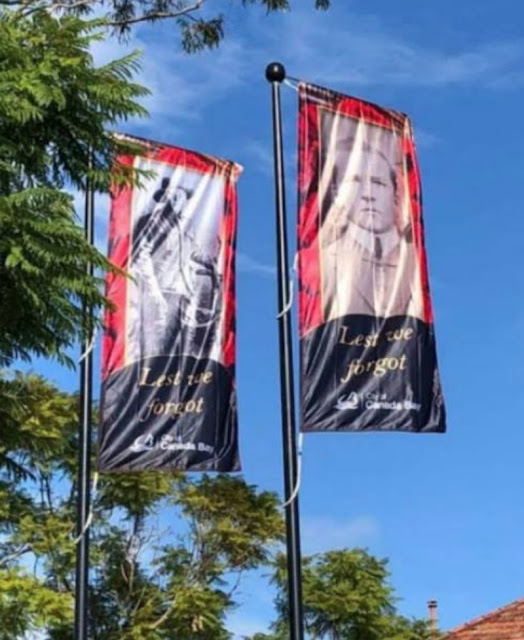 It’s not even grammatical, for God’s sake.

How many hands must these banners have passed through and yet it was only after they had been erected and a member of the public drew the Council’s attention to it that the penny finally dropped.

According to the Council’s General Manager, Peter Gainsford: “I have today been made aware of banners that have been erected in our area containing an extremely unfortunate and disrespectful error.  I am extremely disappointed and accept full responsibility.  I have spoken to representatives of the Concord, Five Dock and Drummoyne RSL branches this morning and unreservedly apologised for any offence.”

“At least we know it wasn't a deliberate mistake from those of the Left, they would have written Best We Forget.” 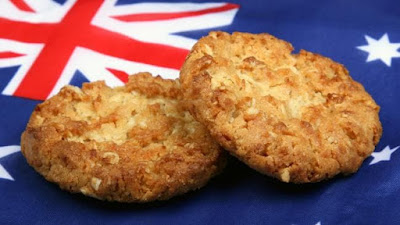 Elsewhere in the news, the Department of Veterans Affairs, the holder of the rights to the use of the word “Anzac”, has warned that if bakeries and small businesses tamper with the classic Anzac biscuit they could be fined up to $51,000, while individual sellers are looking at a $10,000 fine.

A permit must be issued from Veterans’ Affairs to sell products using the word “Anzac” and, for Anzac biscuits, words such as cookies and bikkies are not permitted.

The original Anzac biscuits were made from rolled oats, flour, golden syrup and sugar with a later version adding coconut, being made in Oz from those ingredients (without eggs etc) so that they could be sent to the serving troops overseas during WW1.

Attitudes towards the warning, which is part of a wider crackdown by the federal government and RSL on businesses exploiting the s Anzac spirit for commercial gain, have ranged from denunciation to strong support.

The use of the word Anzac is protected by Government legislation dating from 1916, the only World War I-related regulations still in force in Australia, and it is strictly enforced.

One writer, Damien Murphy, has referred to it as “the most regulated word in the world. . . . a sort of secular holy word.” 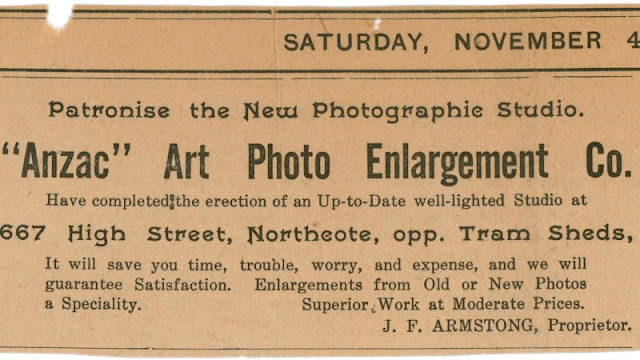 Melbourne photographer James Armstrong's Anzac Art Photo Enlargement Co in High Street, Northcote, was the first to be charged under the War Precautions Supplementary Regulations. Convicted and fined 10 shillings ($1) in October 1916, he appealed saying he named the store to honour his brother, a serving soldier.  He was unsuccessful.
_____________ 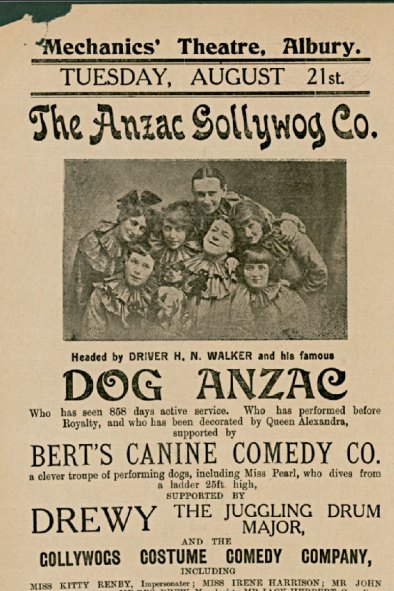 In August 1917, a poster advertising a performance of "The Anzac Gollywog Co, featuring Dog Anzac ... who has seen 858 days active service" fell foul of the Anzac veto.  Dog owner Hector Walker told police he had taken the dog to Gallipoli and France but the Crown solicitor moved against him and Walker fled across the Murray to sanctuary in Melbourne. Due to jurisdiction problems the prosecution was discontinued.
_____________ 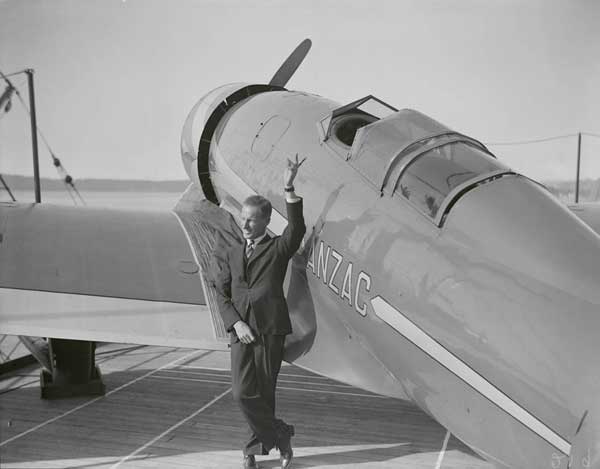 In 1934 one of Australia's heroes and favourite sons, Sir Charles Kingsford Smith, painted the word Anzac on a plane he intended to fly in the Centenary Race celebrating 100 years of European settlement in Victoria, see photo above. Smithy had served at Gallipoli, and was a great and heroic commercial brand at the height of the Depression.  However the powers that be refused permission and he renamed the plane Lady Southern Cross.  That was the plane in which he disappeared in 1935.
_____________ 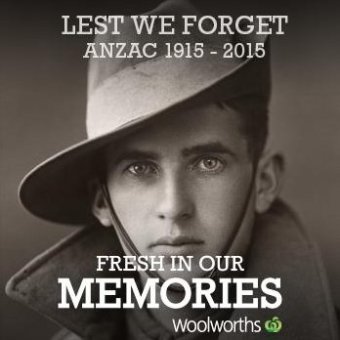 Much more recently, in 2015, Woolworths (the Australian Woolworths is a different entity to the US Woolworths, someone registered the name in Oz early on) – “The Fresh Food People” – took flak for its cynical exploitation of the word.  The supermarket giant was attempting to associate its "Fresh Food People" logo with "Lest We Forget" in a campaign named “Fresh in Our Memories” but abandoned it amid widespread outrage.  Permission to use the word had not been requested.  Woolworths denied that the campaign had been a marketing one but shut down the website and took down the posters.