Photos of Historical Events That Will Give you a New Perspective 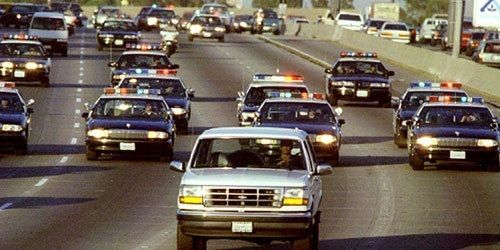 There was a time when it was impossible to name a more beloved NFL player than O.J. Simpson. That changed in 1994, after his ex-wife Nicole Brown was found stabbed to death, next to her friend Ron Goldman.

O.J. immediately became a person of interest in the murder case, but turning himself in just wasn’t his plan. He tried to escape the police instead, and became the object of a low-speed pursuit. Several major TV stations aired live broadcast of this wild chase, and 95 million people tuned it to see it.

Waving goodbye to your loved one before they go to war is one of the most heartbreaking feelings in the world. There’s no way of knowing if you’re ever going to see them again, or how long you’ll have to wait until that moment comes.

That’s why these American soldiers had a hard time putting a brave face in front of their loved ones before leaving for Egypt back in 1963. They were on their way to fight in the North Yemen Civil War, which took place between 1962 and 1970. 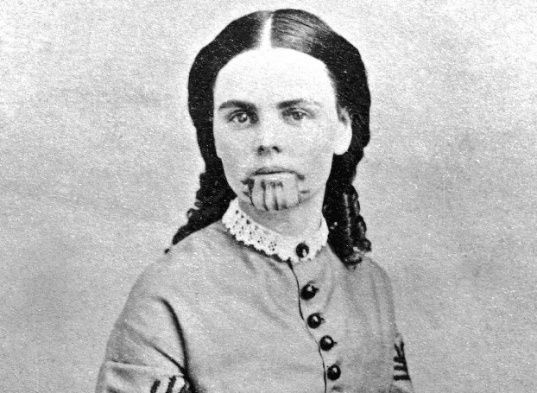 Olive Oatman was in Arizona in 1851, when a tribe of Yavapai Indians murdered her entire family and made her their slave. She was only 13 at the time, and ended up being held as a hostage for a year, before being sold to a Mohave tribe.

They tattooed her face with distinctive blue ink, and raised her as their own, but she eventually left this life behind. Oatman was released to the civilization at the age of 19, but she was never the same again. 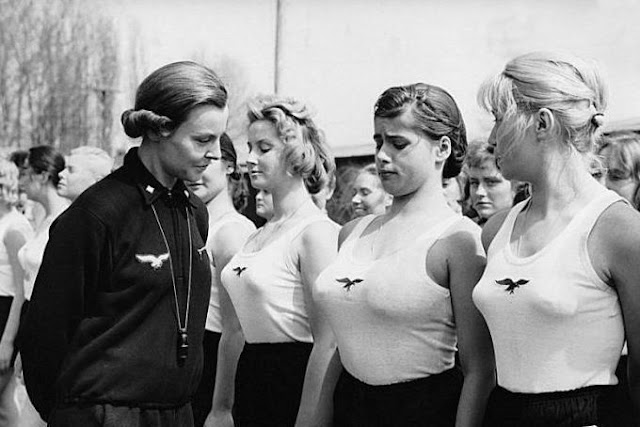 It’s no secret the Nazi regime saw the Aryan race as the ideal of beauty. Physical strength and fitness played crucial role in achieving it. This photo perfectly captures all the pressure put on women during WWII, and it shows a gym teacher inspecting their bodies.

Back in the day, women were expected to look beautiful, tall and thin all at once. Standards were even higher for trainer athletes, who had to have perfect posture at all times – as demonstrated in this photo. 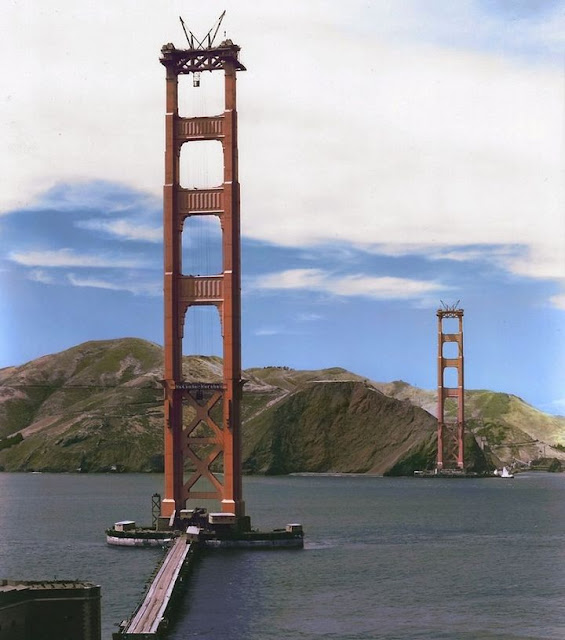 Modern travel guides describe the Golden Gate bridge as possibly the most beautiful - and certainly the most photographed - bridge in the world, but that wasn’t the case in 1934.

This photo was taken three years before the constructions were finished. It was too early to tell San Francisco is about to become a home to one of the most amazing monuments in the world, but that’s exactly what happened. 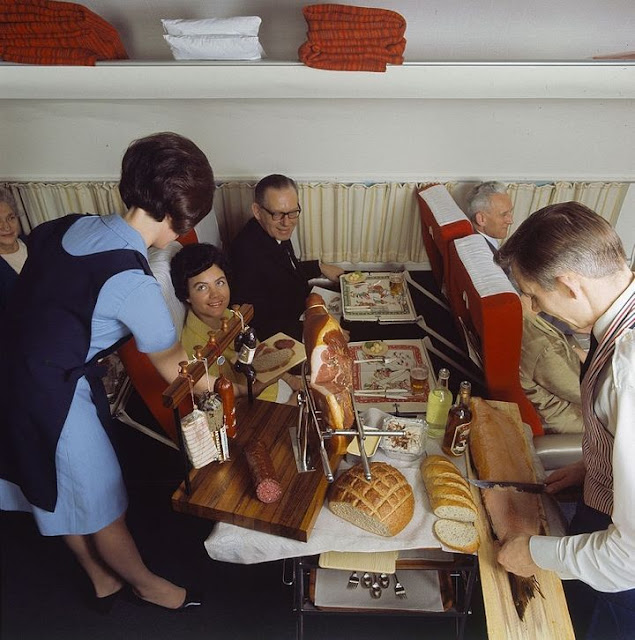 Flying on a plane is no longer a luxury only the rich and famous can afford, but that wasn’t always the case. This moment was captured back in 1969, and it shows first class passengers having a Scandinavian country style buffet on their flight.

SAS Scandinavian Airlines was one of the very few companies who offered this kind of luxury. It’s safe to say these passengers had to pay a little bit extra to be treated like royalty, but it was worth every penny. 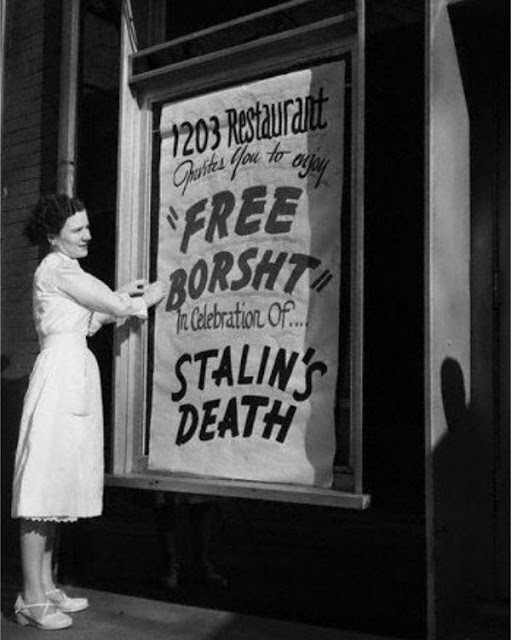 Joseph Stalin was one of the most significant historical figures of the 20th century, but he wasn’t exactly admired by the whole world. His totalitarian government was responsible of systematically killing millions of people who lived under deplorable conditions during his rule.

That’s the reason why not all people mourn his death in 1953, and some were brave enough to openly show their disdain for this totalitarian ruler.

In this picture, we see members of a Ukrainian family living in the US, celebrating Stalin’s demise by serving free borsch at their restaurant.

Out in the Open 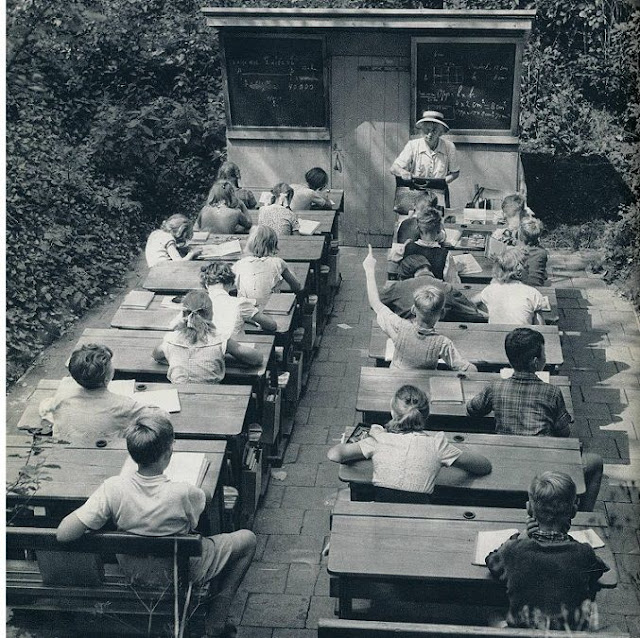 This photo of a classroom without walls was taken in the Netherlands back in 1957. It may seem as a strange sight from a modern perspective, but open-air schools were everywhere back in the day.
They started opening all across Europe during the period leading to the Second World War. It was believed they could combat the widespread rise of tuberculosis, by exposing children to fresh air and good ventilation. They were set up in rural areas, but this idea was mostly abandoned by the mid ‘70s. 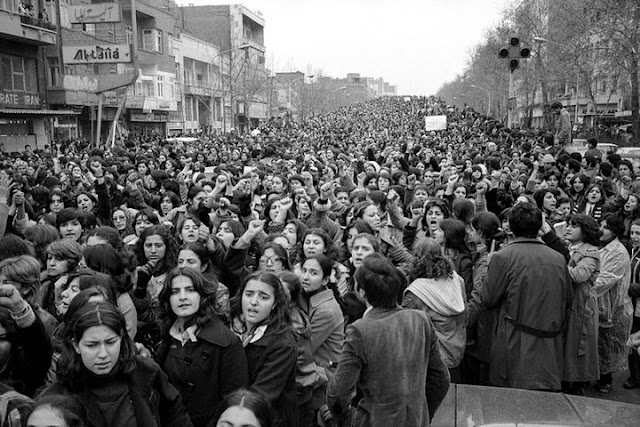 This protest was held by Iranian women who were forced to wear hijabs after the revolution in 1979 and refused to do it. The events took place a few days after the Iranian Revolution, which changed the course of history forever.

More than 100,000 women gathered in the streets of Tehran to protest against compulsory hijab ruling. This image shows women from all walks of life coming together and fighting for their right to be seen, heard and understood.