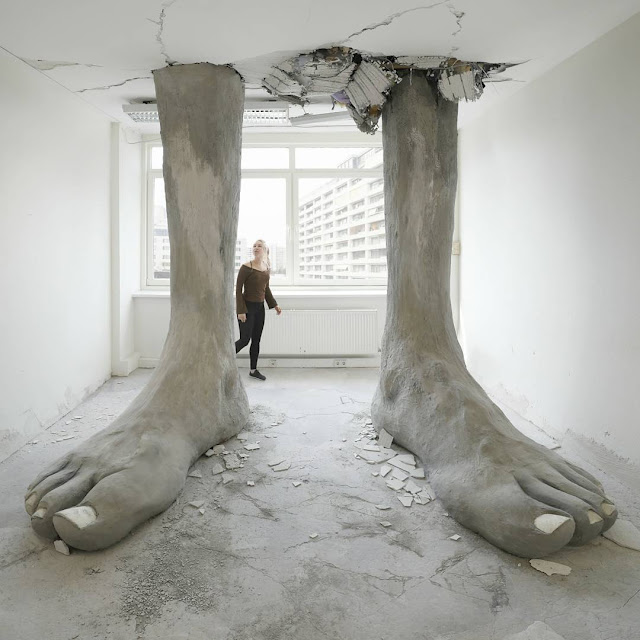 “Ego Erectus”, is a temporary 2-17 art installation in an abandoned Berlin bank by artist Mario Mankey. The sculpture is of two enormous feet bursting through the roof, seemingly the base of what is a colossal creature hidden in the floors above. Pieces of the ceiling are scattered across the floor. What is its meaning? No idea.

Art researchers at Northwestern University have finally identified the origin of granulations, discoloration, and small raised spots, often called surface protrusions, art acne or art pimples, in works by Georgia O’Keefe. Many of the works of O’Keefe, known for her flowers and landscapes, are housed in the Georgia O’Keefe Museum in Santa Fe, and that museum contacted the Centre for Scientific Studies in the Arts when they observed many of the works developing art acne. The problem had been previously observed by other curators in works by other artists, from Vincent van Gogh to Piet Mondrian and Marc Chagall. Researchers have estimated that as many as 70 percent of all paintings in museum collections around the world are affected by this kind of damage. It turns out that the surface protrusions are metal soaps, resulting from a chemical reaction between the metal ions (commonly lead, used widely in oil paints) and fatty acids commonly used as binder in paints. Now they are seeking a fix for the problem. 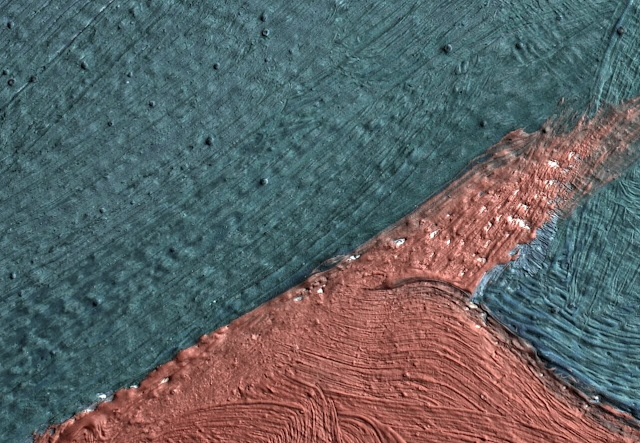 Small blister-like spots on a magnified image of part of an O’Keefe work, which can gow and cause paint to flake off.

Rainey Bethea (c. 1909 - August 14, 1936) was the last person publicly executed in the United States. Bethea, who confessed to the rape and murder of a 70-year-old woman named Lischia Edwards, was convicted of her rape and publicly hanged in Owensboro, Kentucky. Mistakes in performing the hanging, and the surrounding media circus, contributed to the end of public executions in the United States. Kentucky was the last American state to do so. 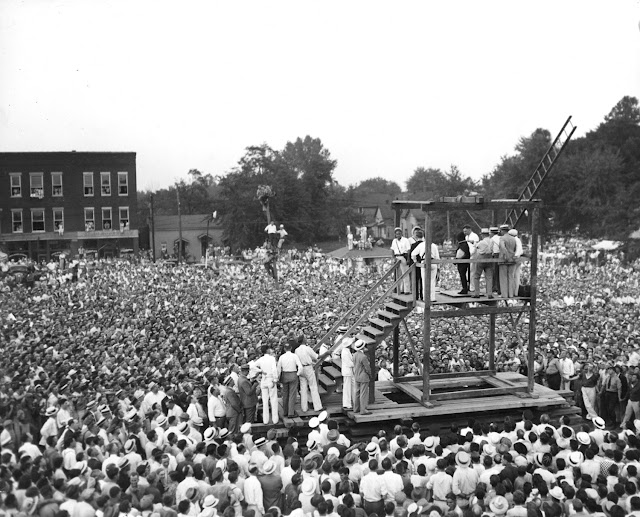 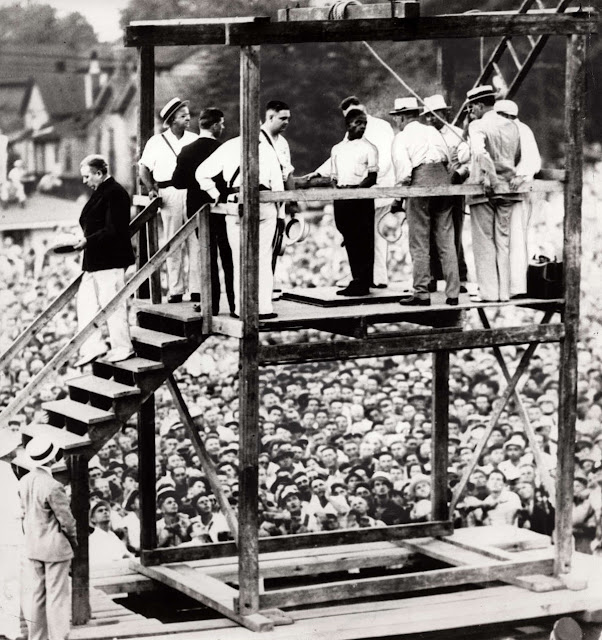 Pictures taken the morning of the hanging show a large crowd -- men and women, some holding children -- standing in downtown Owensboro, some on the rooftops of brick buildings. They watched as the execution team put a black hood over Bethea's head. Then they saw Bethea fall through the trap door. Doctors pronounced him dead about 10 minutes later.

Under the law at the time, the maximum penalty for a rape conviction was hanging in the county where the offense occurred. Had Bethea been convicted of Edwards' murder -- prosecutors never pursued that charge -- the sentence would have been a private execution in the electric chair at the state penitentiary.
____________________

The last man hanged in Australia: 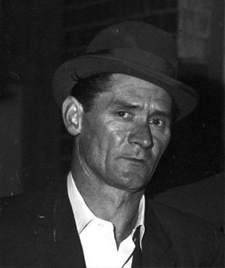 The last man executed in Australia was Ronald Ryan, by hanging in 1967. Ryan was one of two prisoners, with Peter Walker, who escaped from Melbourne’s Pentridge Prison. In the process a guard was shot and killed. They were recaptured outside Concord Hospital after Ryan had arranged a double date with an ex-girlfriend who tipped off the police. Ryan was sentenced to death for murder, despite considerable doubt that he had fired the fatal shot. 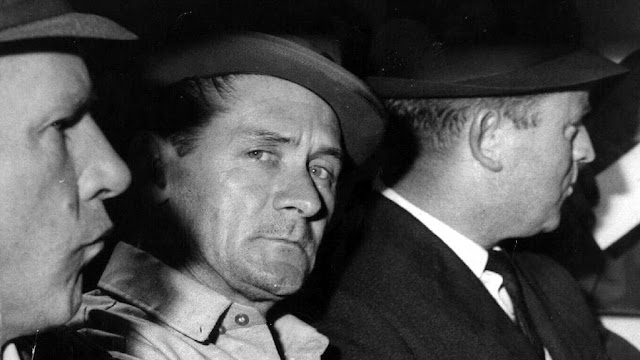 Ronald Ryan, centre, flanked by detectives, on his way to Mascot Airport, Sydney, after recapture on January 6, 1967.

Although the State Government of Victoria had commuted every one of the previous 35 death penalty cases, back to 1951, Governor Henry Bolte refused to do so. Publicly he maintained that the death penalty was a necessary deterrent for crime against government officials and law enforcement officers. Privately, it was considered that Bolte was playing to the public for support for re-election. 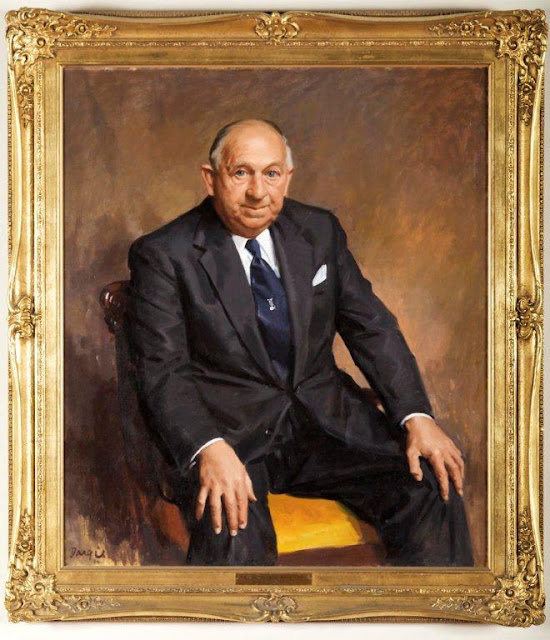 Bolte (1908 – 1990) was Australia’s longest serving Victorian Premier, from 1955 to 1972. An astute politician with a shrewd sense of what would appeal to the public, he was a chain smoking, whisky swigging right wing politician who promoted an image of a rough, earthy, simple, man at odds with trade unions, teachers, liberals, strikers and protesters.

Opposition to the execution was universal, including from the Melbourne press, the churches, the universities and most of the legal profession, as well as members of his own political party. Four of the jury members went so far as to request intervention on the basis that when they found Ryan guilty, they were under the belief that the death penalty had been abolished in Victoria. An estimated 18,000 people participated in street protests and 15,000 signed a petition against the hanging. The Australian Broadcasting Commission (ABC) suspended radio broadcasts for two minutes as a protest.

A journalist asked Bolte what he was doing at the moment that Ronald Ryan was hanged. “One of the three Ss, I suppose” he replied. When asked what he meant, he responded: “A shit, a shave or a shower.”

At the Victorian State elections of 29 April 1967 Bolte’s Liberals were re-elected and gained six seats.

Posted by BytesMaster at 3:35 AM