In 1837-38, rebellions against the British colonial power took place in Lower Canada (now southern Quebec) and the neighbouring colony of Upper Canada (now southern Ontario). After the rebellions, John Lambton, 1st Earl of Durham, Governor General and Lord High Commissioner to British North America recommended that Britain grant responsible self-government to the Union of Upper and Lower Canada. As a result, the Province of Canada was created from the former provinces of Lower Canada and Upper Canada.

Following the Lower Canada Rebellion, two Irish and 58 French Canadian rebels were deported to Australia. At the request of the local Catholic bishop, they were brought to Sydney. Imprisoned at Longbottom Stockade (which was located at what is now Concord Oval), the convicts broke stone for the construction of Parramatta Road and collected oyster shells for making lime. In 1842, the French Canadians were allowed to work outside the prison. Between 1843 and 1844, all received pardons and, except for two people who died and one (Joseph Marceau) who settled in Dapto all returned to Canada.

Many parts of Canada Bay are a reminder of this history: Exile Bay, France Bay, Durham Street, Marceau Drive, Polding Street and Gipps Street. Bayview Park has a plaque that honours the exiles and marks the point of disembarkation.

The City of Canada Bay was formed in December 2000, by the merger of Concord and Drummoyne councils.

The City of Canada bay 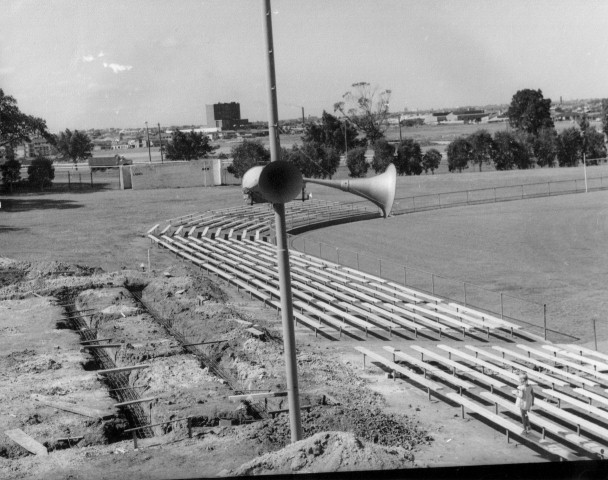 The foundation of trenches from Longbottom Stockade being uncovered during construction of a new grandstand at Concord Oval, 1984 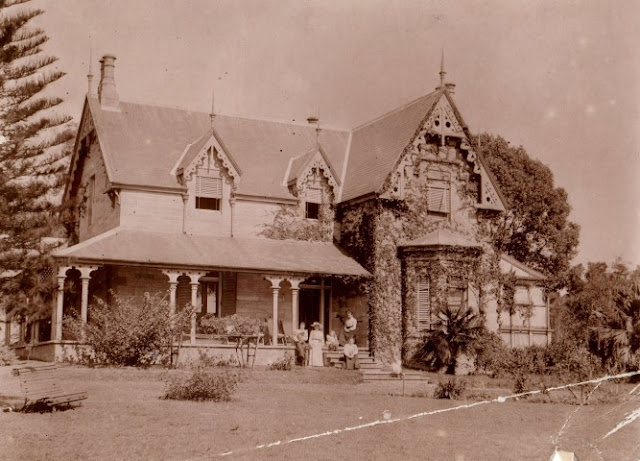 Wymston, at Chiswick, built by Dr George Fortescue, amongst the first surgeons appointed to Royal Prince Alfred Hospital. Built in the early 1880s, it was demolished in about 1922. 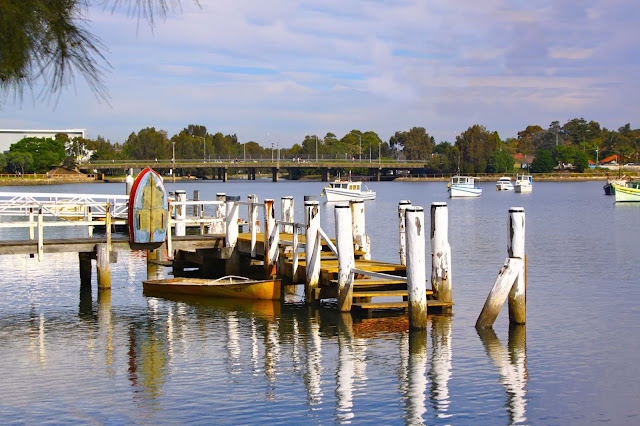 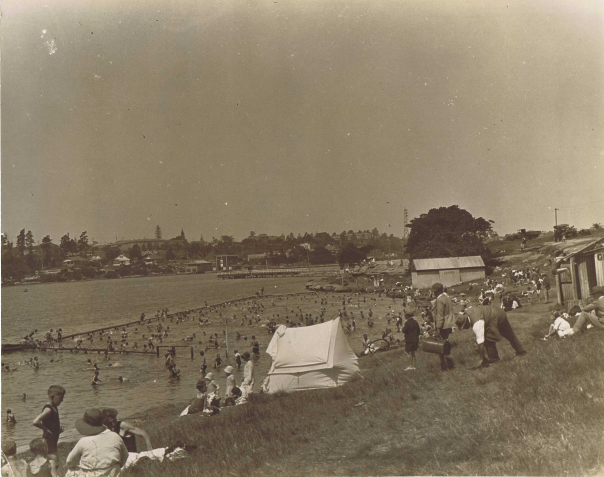 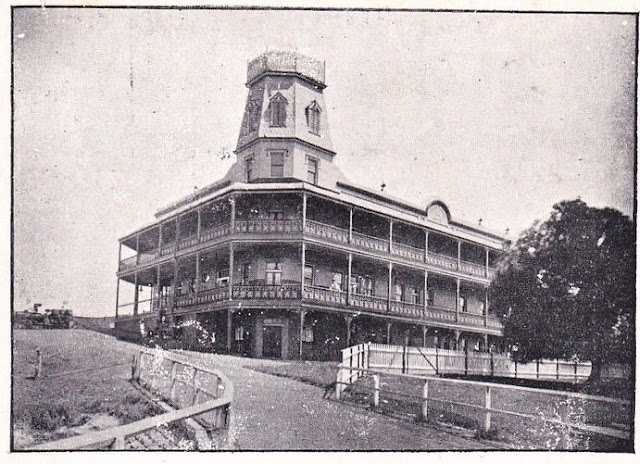 The original Palace Hotel, opened in 1886 at the end of Tennyson Road, where the River Quays Marina now stands. The hotel was demolished in the mid-1920s and a new hotel, still named the Palace, was built further up Tennyson Road, nearly opposite the entrance to the gasworks. The gasworks entrance was also the Mortlake tram terminus. 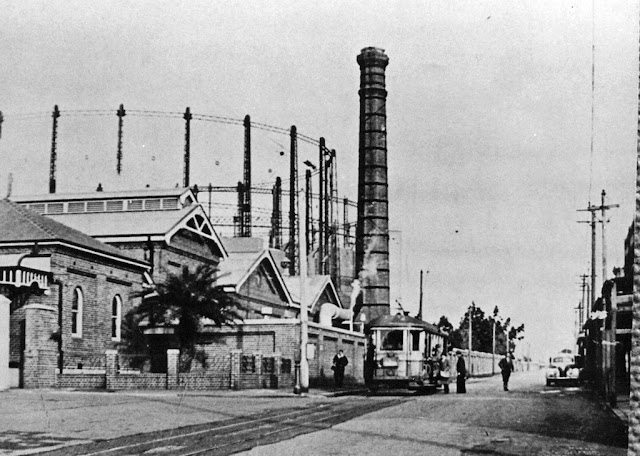 Canley Heights is a suburb of Sydneylocated 31 kilometres south-west of the Sydney central business district, in the local government area of the City of Fairfield and is part of the South-western Sydney region.

Canley Heights takes its name from its nearby sister-suburb, Canley Vale. When Sir Henry Parkes settled there in the mid-19th century, he named his home Canley Grange, after his birthplace Canley Moat House in Stoneleigh, Warwickshire, England.

Canley Heights mostly consists of low-density residential and commercial developments. Its commercial area is centred on Canley Vale Road, the main street in the suburb, which features convenient stores, dollar stores, and as well as a variety of ethnic restaurants (generally Chinese, Vietnamese and Thai), which usually open up until late in the weekends and would offer a 'nightlife' for the residents and visitors alike.

Canley Vale is a suburb of Sydney located 30 kilometres south-west of the Sydney central business district, in the local government area of the City of Fairfield and is part of the South-western Sydney region.

Aboriginal people from the Cabrogal tribe, a sub-group of the Gandangara tribe, have lived in the Fairfield area for over 30 000 years. Canley Vale was once a woodland area and was originally part of the Male Orphan School Estate.

In the 1800s, Sir Henry Parkes (1815–96) settled in the district in a mansion which he built near the railway line between Fairfield and Cabramatta. He named it Canley Grange after his birthplace in Warwickshire, England. He named the railway station Canley Moat House and had his own private landing beside the line.

"Vale" means valley or dale. Cabramatta and Canley Vale were regarded as a single community and from the 1920s it was known as Cabravale. In 1899, the municipality of Cabramatta and Canley Vale, which had been established in 1892, was redivided, and the two separate wards were gazetted on 8 January 1900. In 1948, they became part of the Fairfield local government area. 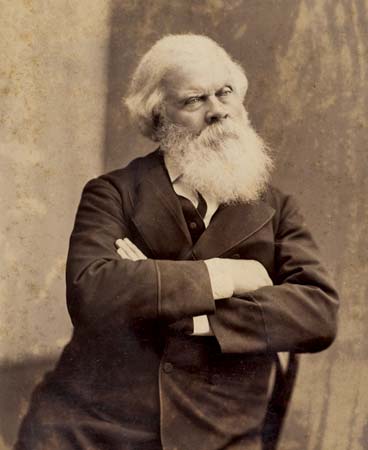 Sir Henry Parkes (1815 – 1896) was a colonial Australian politician and longest non-consecutive Premier of the Colony of New South Wales, the present-day state of New South Wales in the Commonwealth of Australia. He has been referred to as the "Father of Federation" due to his early promotion for the federation of the six colonies of Australia, as an early critic of British convict transportation and as a proponent for the expansion of the Australian continental rail network.

Parkes delivered his famous Tenterfield Oration in 1889 which led to his instigation of a conference in 1890 and a Constitutional Convention in 1891, the first of a series of meetings that led to the federation of Australia. He died in 1896, five years before this process was completed. He was described during his lifetime by The Times as "the most commanding figure in Australian politics". Alfred Deakin described Sir Henry Parkes as having flaws but nonetheless being "a large-brained self-educated Titan whose natural field was found in Parliament".

Posted by BytesMaster at 7:04 AM