Drone Pics of the Year, Part 1

2018 winners of the Skypixel Drone Photo of the Year and captions, from Bored Panda, plus some reader comments. 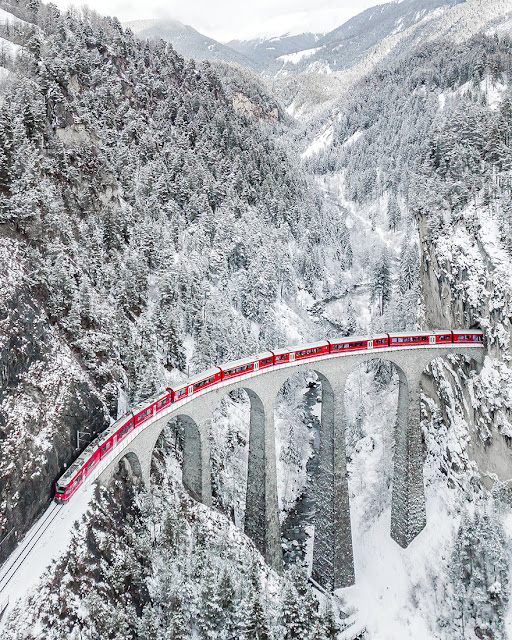 One of the winners of people's choice prize captures a breathtaking shot of a train passing through mountains in Landwasserviadukt in Switzerland.

Is there somewhere I can get this printed really big for my place?! GOSH I love this!!!

Is that train going to Hogwarts?

From all of these drone shots this one is my favorite, 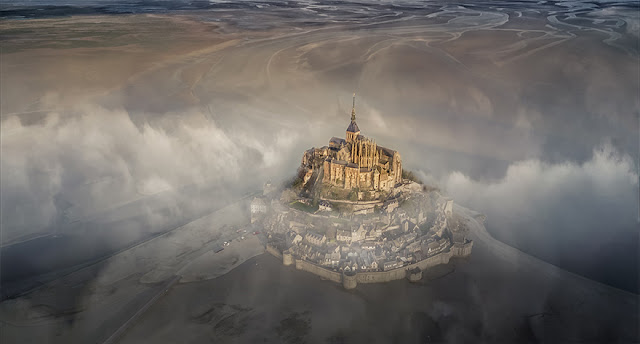 The winner of this year's Grand Prize is a shot taken by Deryk Baumgärtner and it captures the magical beauty of the famous monastery of Mont Saint Michel during a foggy morning.

I wonder how far it is to the nearest town. It seems like it would be peaceful, but a pain when it comes to supplies. 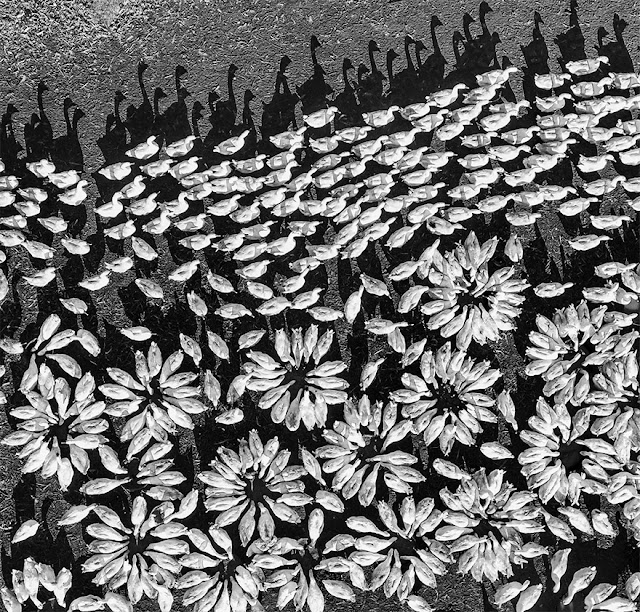 The plural of goose is geese, not gooses.

First Prize Winner In Fun Category, "Flowers On The Water" 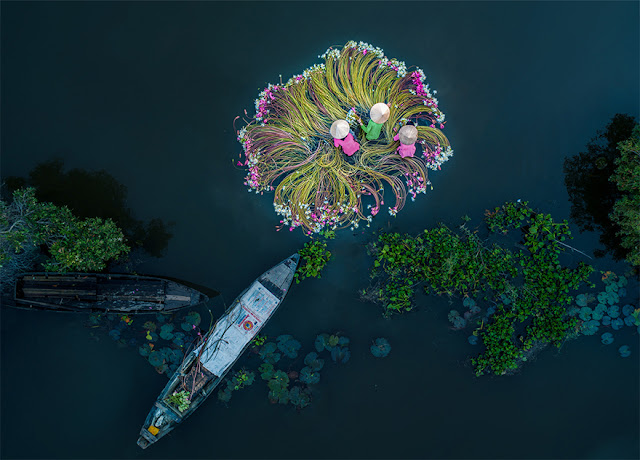 "These women are washing each gun flower, bundling it into a bundle to bring it to market. They put flowers into a circle that looks very beautiful. This is a fun job."

What is a gun flower? I’ve never heard of it.

It looks like a lotus but with smaller, more pointed petals and also grows in the same condition.

I don't think it's a fun job. . .Those women probably aren't well paid and probably not well treated. 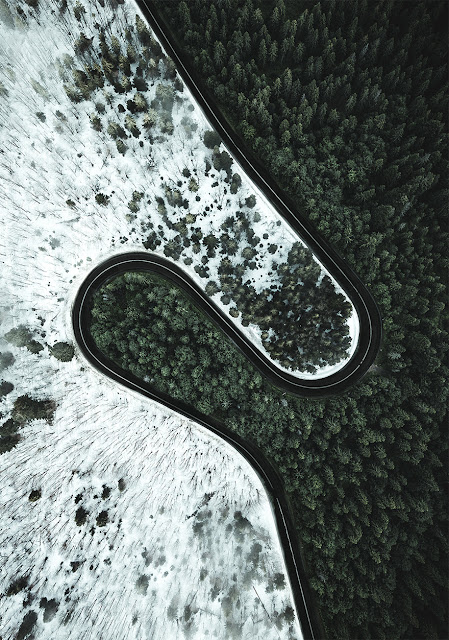 "A perfect mountain road shot twice during Summer and Winter. Same place. Different seasons. It took a lot of effort to shoot this photo. Two photos shot 8 months apart. Perfectly aligned. The battle between the Summer and the Winter."

Well these are simply two different pictures put together in one, as it says one from the winter and one from the summer

But it is because its two photos taken from such a precise location that it is so stark. Had it been a helicopter or plane that took the photograph, the images would NEVER line up perfectly. But because an RC GPS guided A/C (drone for short) took the photo, it could be from the exact same location at the exact same angle, lens, and everything, so when the photos were stitched together, they did not look awkward, it looked stark.

Damn, I thought that was a prostate exam. :-(

Beautiful, but I wonder why the road does that S curve there while being basically straight on either side of it? 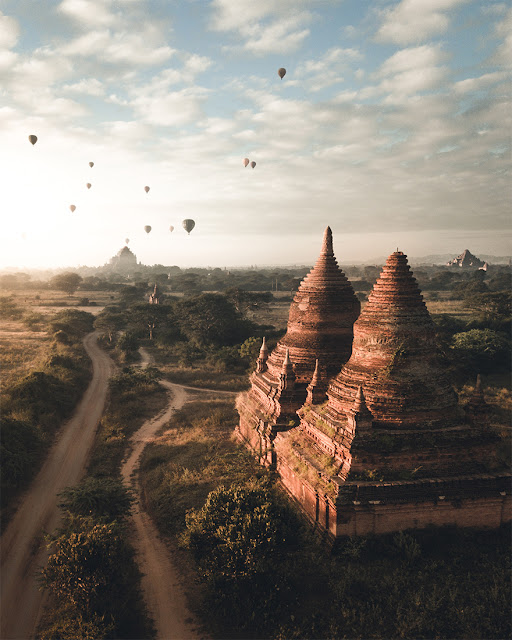 Magical shot that captures a sunrise in Bagan, Myanmar

Looks like a page from a story book. Enchanting.

And the best part is that its real. Photos like this really do make me wonder if magic is real.

That looks fictional, it's so beautiful 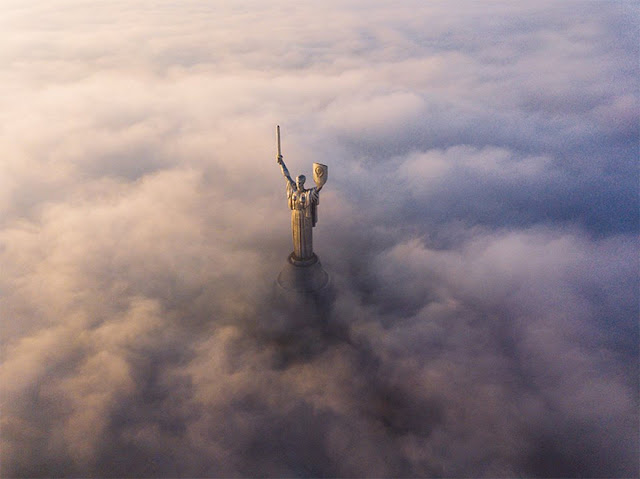 Photographer Ristenko Segiy managed to capture a magnificent shot of a statue in Kyiv covered in autumnal fog.

Isn't this a Video Game Cover or loading screen?

To me it displays some of the best aspects of the human spirit. Rising above it all 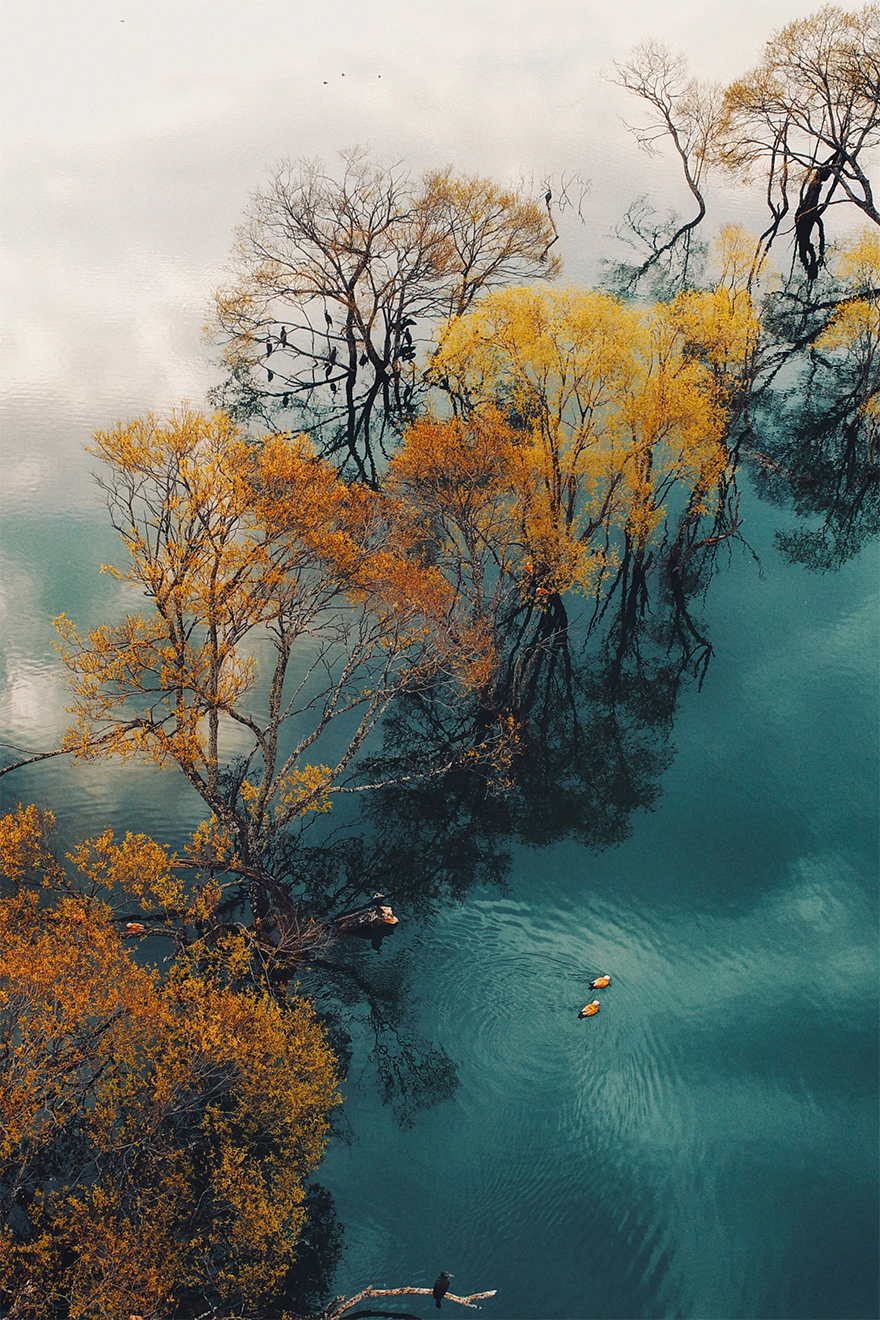 Stunning aerial photography of birds and trees in Huanglongtan, China.

The color pallet is really beautiful.

Amazing reflections - but the crows. 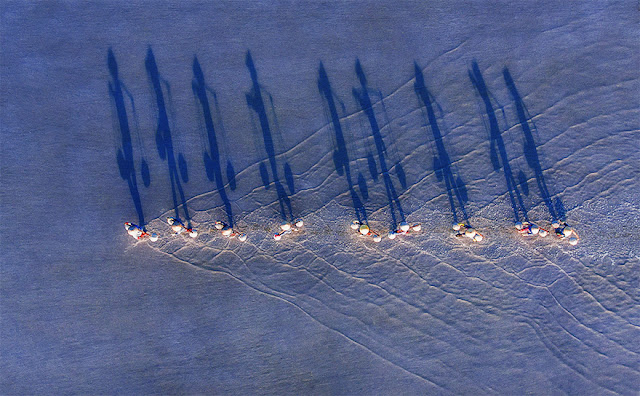 "The workers are carrying salt to the warehouse. They start work from 3 am to 7 am and remake from 1 pm to 6 pm every day. Hon Khoi salt field is the largest salt field in Vietnam."

I'll have nightmares now... the resemblance is crazy

This is stunning like the other but ''Fun category'' ? Those people work hard, not fun at all

The shadows indicate what the people are doing. Genius! 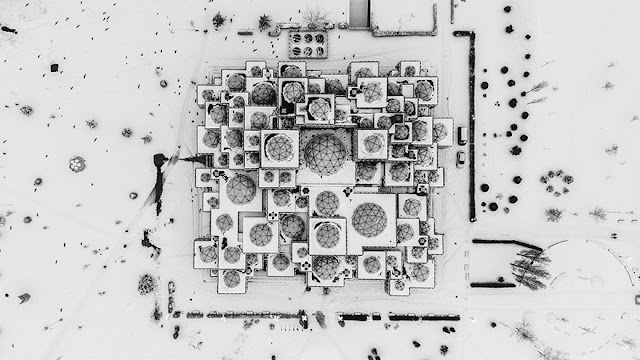 That's one tough game of Mahjong. But, kidding aside, stunning picture.

Just glad it is still standing. 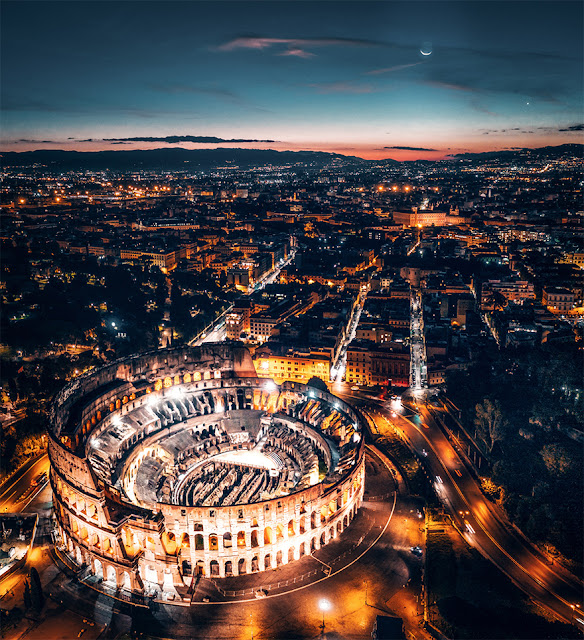 Photographer Mauro Pagliai Received a People's Choice prize for his shot "Ancient Moonlight" that captured the Coliseum, Sirio and Rome covered in a magical moonlight

First thing to jump out at me was the waxing moon and the rarely seen planet Mercury in the sky. And then the Flavian Amphitheater aka the Colosseum shot with a time exposure that causes the autos to blur. A masterpiece IMHO!

You noticed Mercury before the amphitheater? I'm calling BS on that.

Well, Mercury and the moon are the first things you see in the image before you scroll down further. 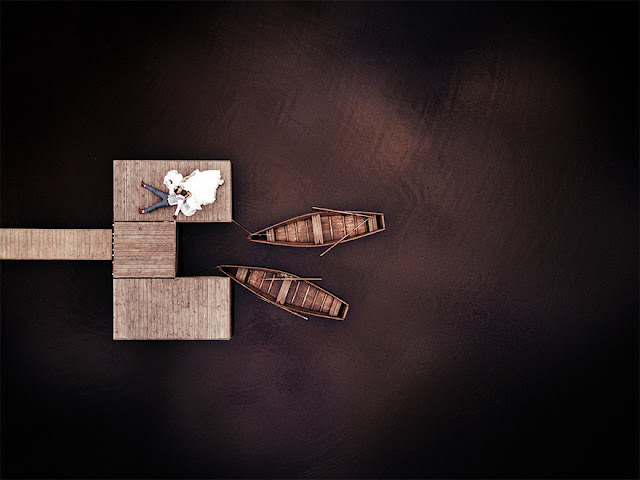 A romantic shot of newlyweds near the lake was captured with a Mavic Pro drone and became one of the nominated entries of the competition,

I'm pretty sure this is a wedding photo.

Not so secret. They brought a drone, and the whole internet is watching.

More to come.
Posted by BytesMaster at 12:18 AM