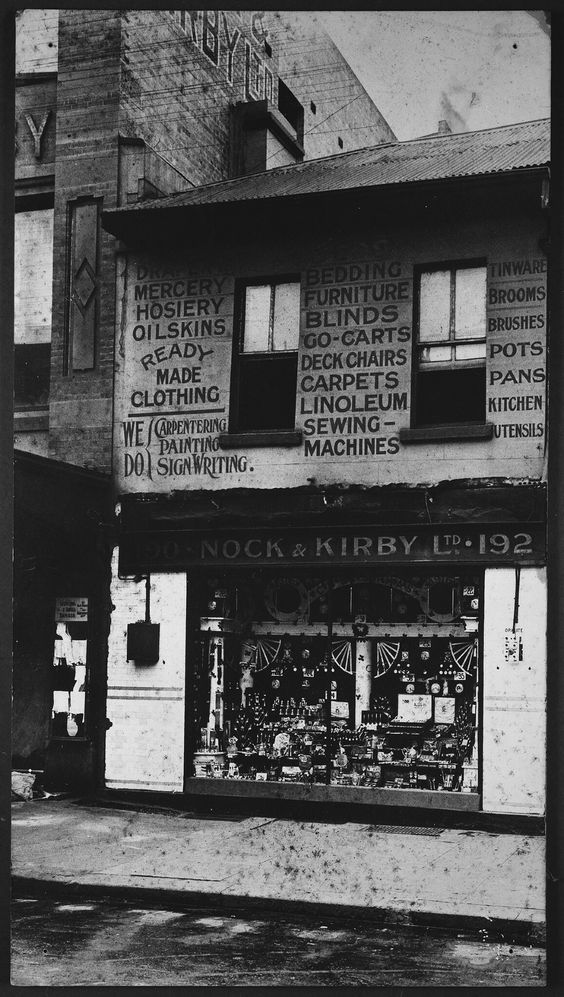 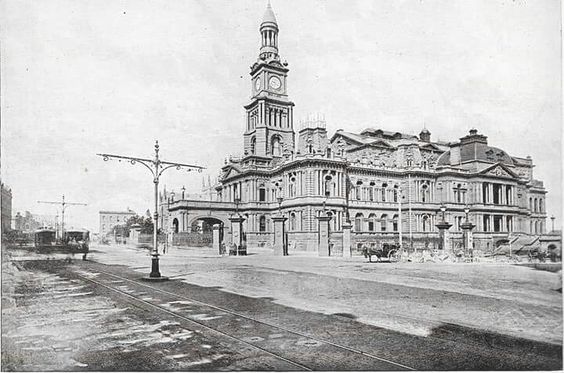 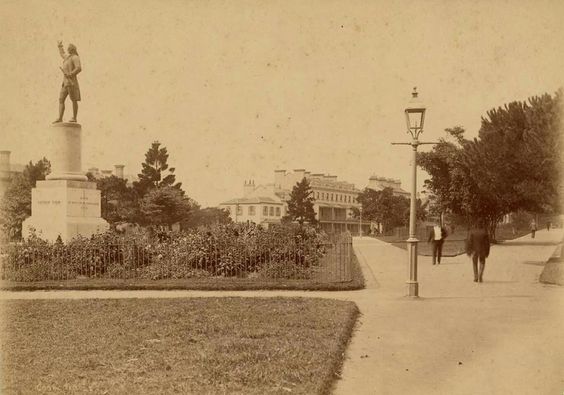 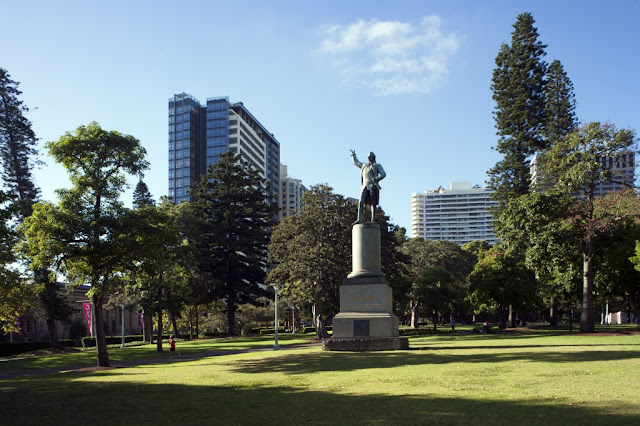 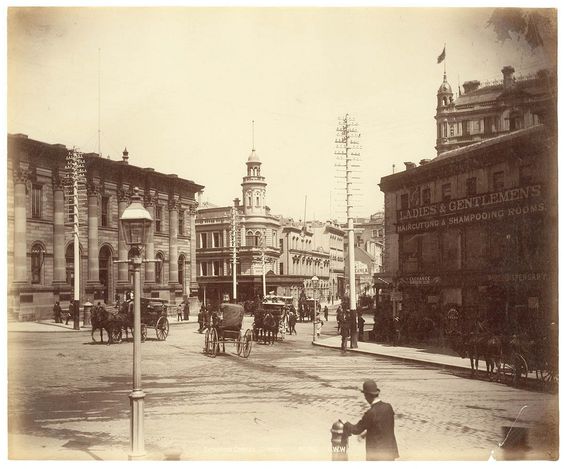 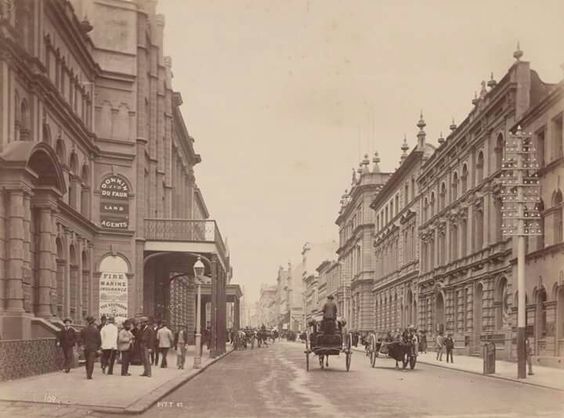 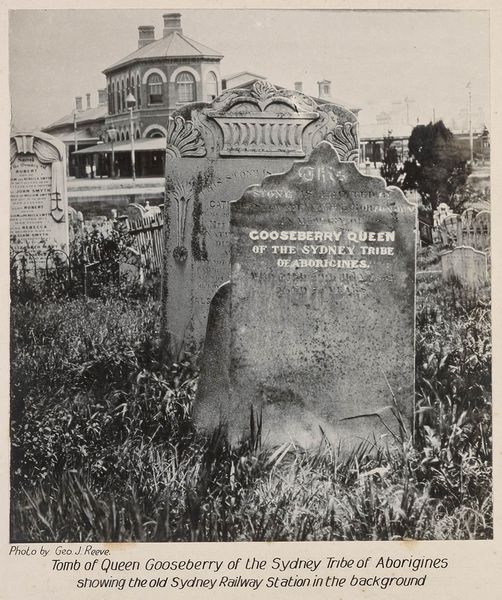 Cora Gooseberry (also known as Queen Gooseberry and Lady Bongary; c.1777 – 30 July 1852) was an Aboriginal Australian culture informant from the Murro-ore-dial people. In popular culture, she is often depicted smoking a pipe and wearing a scarf on her head. She received two breastplates, one of which was inscribed "Cora Gooseberry/ Freeman/ Bungaree / Queen of Sydney and Botany". It is held by the Mitchell Library. 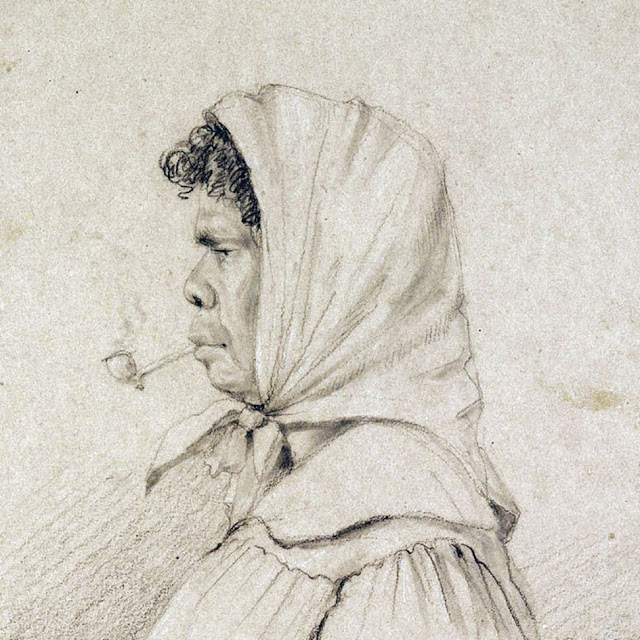 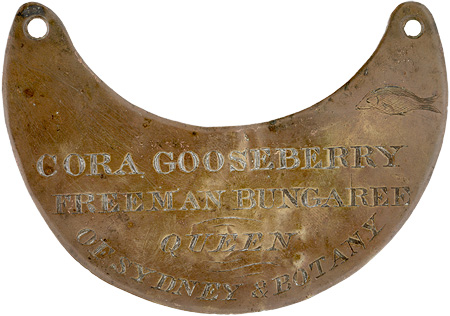 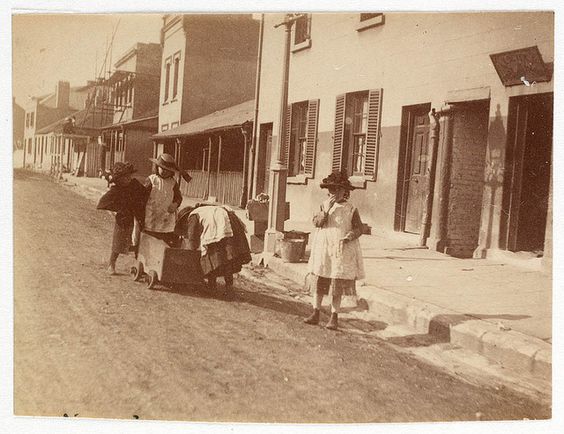 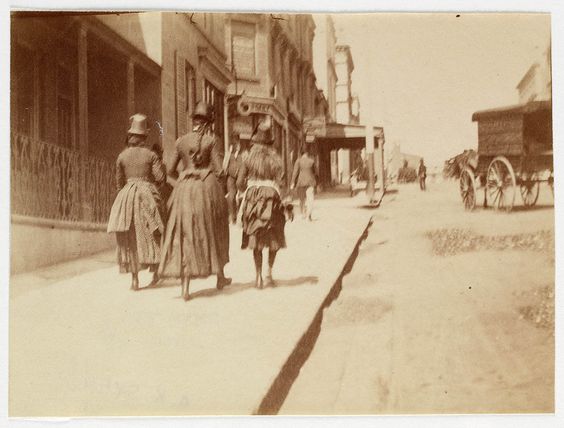 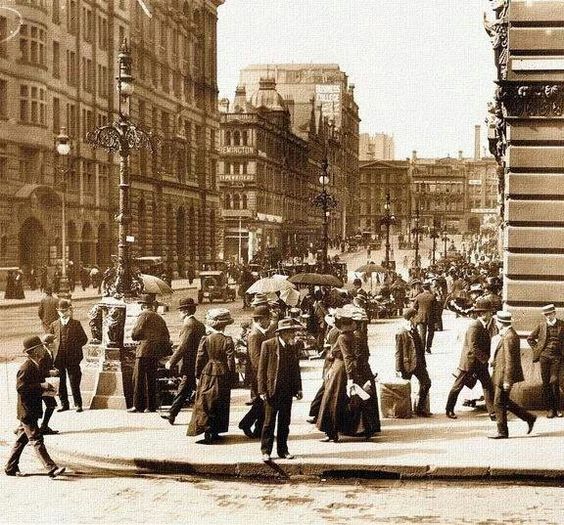 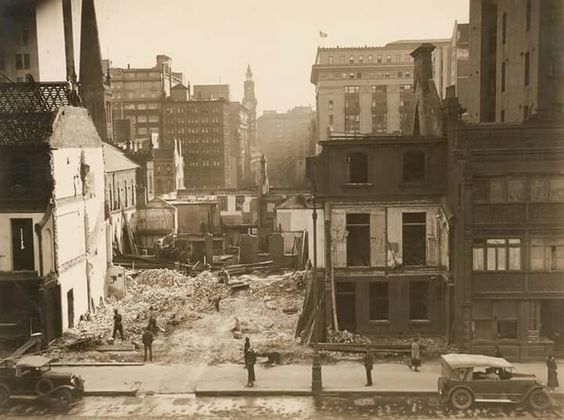 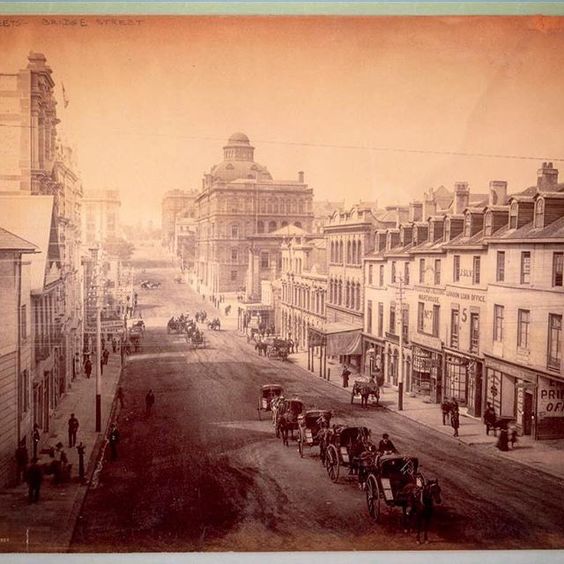 Bridge Street, Sydney, date unknown.
One of Sydney's earliest streets, it began as a path from the Governor's house to the Military Barracks. So called because of the first bridge built over the Tank Stream, constructed in February 1788 at the spot where the path crossed the stream.
____________________ 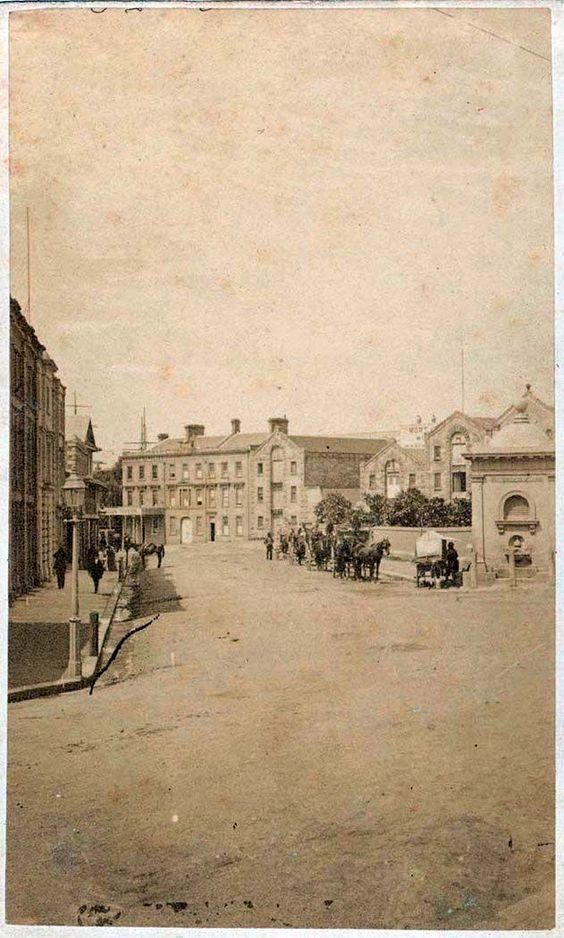 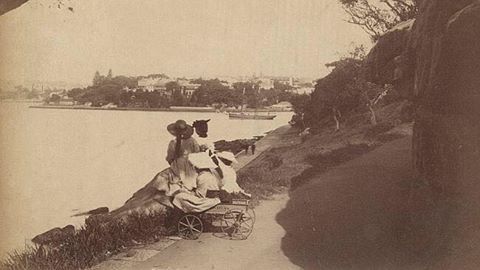 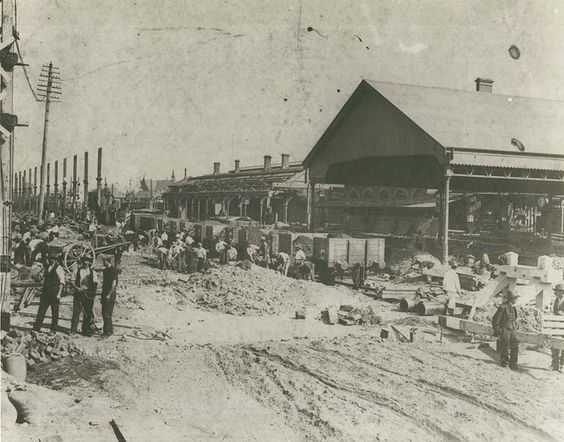 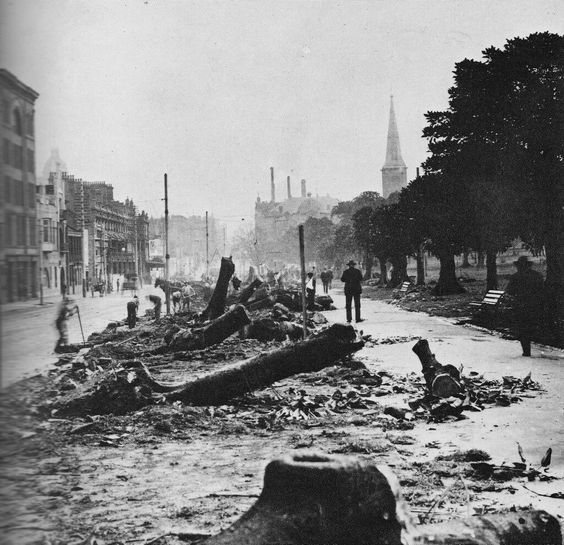 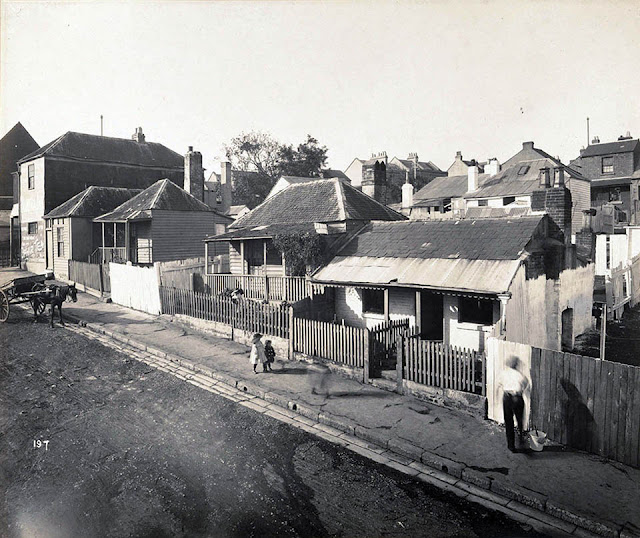 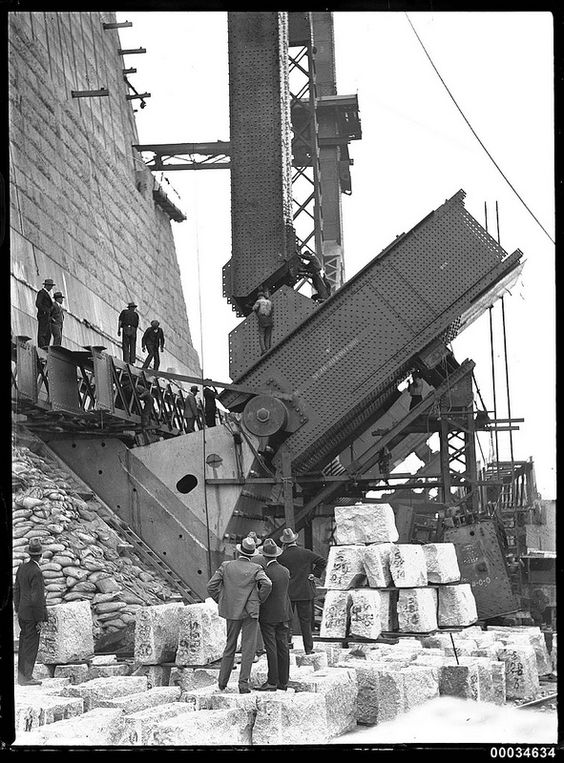 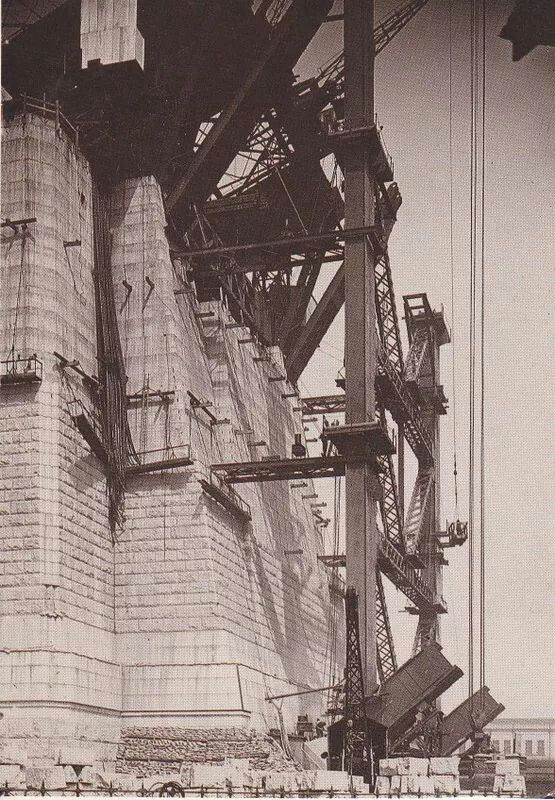 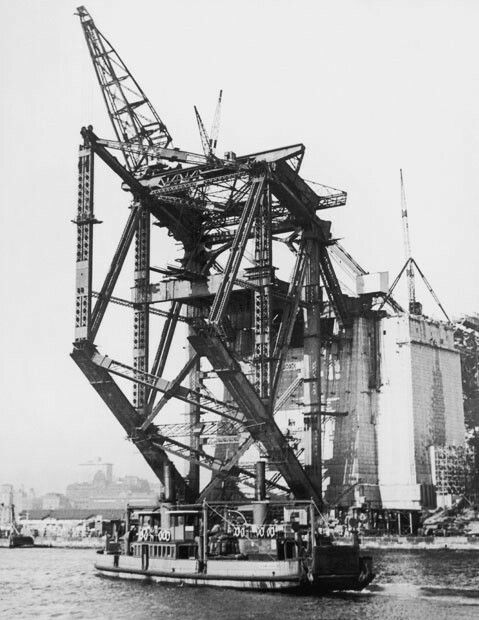 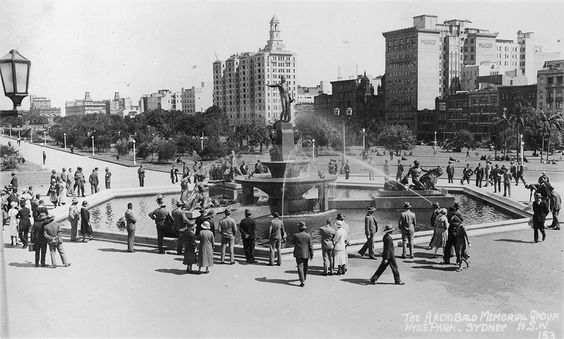 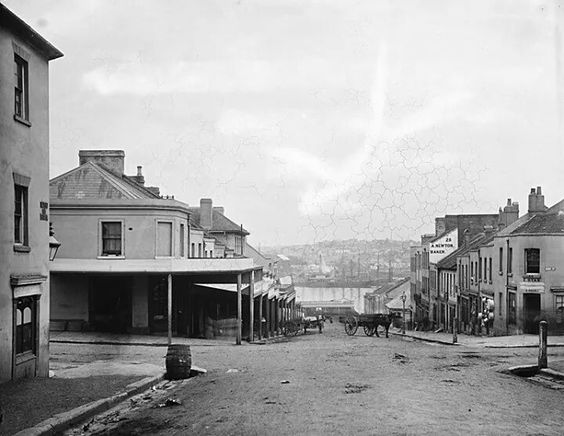 Posted by BytesMaster at 6:47 AM