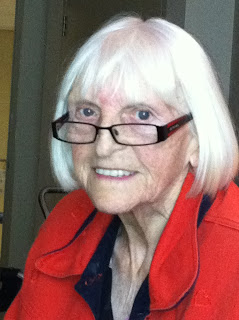 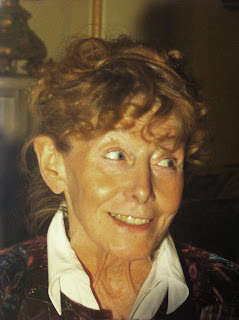 Top photograph:  Antoinette
Bottom photograph:  Margaret
"Remember there's no such thing as a small act of kindness.  Every act creates a ripple with no logical end.”
-           Scott Adams (1957 - )
Scott Adams is the author of the Dilbert comic strip and the author of several works of satire, commentary, business, and general speculation.


I do not often include personal items on this blog unless they are in the nature of reminiscence, information or humour.  Yesterday I provided an amusing anecdote about my father in law, Noel.  Today I would like to share with you something personal to me, the story of two amazing women, my mother Antoinette and my mother in law, Margaret.
My mother is aged 88 and she is near the end of her time.  My brother Hans, who lives in Sydney, myself and our families do what we can but daily she becomes weaker and closer to the end.  She is now receiving pain relief and appears to be comfortable, most of her time being spent in sleep.
She is an amazing woman.  Born in Holland in 1923, 5 years after World War 1 finished, she experienced the Great Depression as a child with her family, recalls the Hindenburg flying over their backyard and has often described the chill she felt at the sound of jackboots on cobblestones as Holland became occupied in WW2.  She carries the scars of Nazi shrapnel on her leg and heard the sound of VI and V2 rockets overhead.
Only 5’ 2”, or 157.5 cm, she raised 3 strapping sons and looked after a husband, my father, who was killed in a car accident in 1979.
My mother and my father were born and raised in a time when emotion was seldom shown.  Our household did not have hugs, compliments, praise or displays of affection.  Everyone knew that there was love present but no one ever mentioned it.  When I was at university, I found out only from others that my father was proud of my achievements, he never told me but he did tell others.
Equally diminutive is my mother in law, Margaret.  She was raised in a similar environment by a mother who was strong but equally lacking in family displays and declarations of love, affection and pride.  Margaret decided from an early age that her children would be raised differently.  The four daughters she and Noel raised grew up being told “I love you” from birth.  They grew up not just knowing that they were loved but being told and shown that their parents loved them and were proud of them.  They also grew up with lots of hugs.
My wife Kate raised her sons, Thomas and Elliot, the same way and they in turn said “I love you” to me, to my daughter and to my mother.
At first I found it strange and disconcerting, such frequent and public declarations of love.  I even suggested that occasional declarations of love would be more meaningful than frequent declarations which would end up being a hollow sentiment akin to simply saying goodbye.  I eventually came to know that there was no limit on declarations per person, that an “I love you” that comes from the heart and is meant can never end up being hollow or lose meaning and value.
Eventually I started saying it to those closest to me.  It felt strange at first.  Although I had said that it should be spoken less often and thereby have more meaning, the truth is that we had never said it in my family.  I had never told my father I loved him before he was killed.  I don’t think I ever told my daughter that I loved her except for writing it in her birthday cards.
My wife, Thomas and Elliot regularly said “I love you” to Acacia, my mother and to me.   The words were freely spoken from the heart, without expectation of an equivalent response.  In my mother’s case, the kids referred to her as “Oma”, Dutch for Grandma.
Initially the response was a self conscious “I love you too” but then an amazing thing started happening.   Not only did the replies become less awkward, sometimes the comment was first made by my mother and by Acacia.
My mother and my mother-in-law met only a few times, Margaret living in Canberra and my mother finding travel difficult.  Nonetheless the two remain linked by the ripple effect.  When I am told that one person can’t make a difference, I am reminded of Margaret’s decision to raise her children differently to how she had been raised.
Kate and I visited my mother yesterday and spent some time at her bedside.  She knew who we were but she has now reached the stage where she remains lying down, eyes closed, and is unable to talk.
At the time of leaving we said our goodbyes.  Without opening her eyes, she mustered what strength was left to her and, in a faint voice, said “Love you heaps.”

Posted by BytesMaster at 7:19 PM