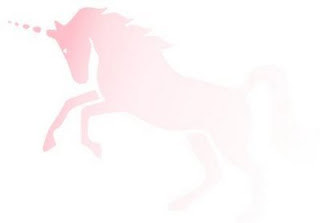 The Invisible Pink Unicorn is a rhetorical illustration to show the fallacy that something must exist because its existence can’t be disproved.  It is commonly used in the context of God and atheism, to counter the argument that runs “God exists, prove to me that He doesn’t.”  The response is “I can’t disprove the existence of God.  I likewise can;t disprove the existence of invisible pink unicorns.  Therefore they must also exist.”  The fallacy comes from trying to prove a negative, for example:  “Prove to me that there is no Santa Claus.”
The concept of the IPU started in about 1990 in internet discussions, was popularised by college students and led to the development of a spoof religion based on numerous invisible pink unicorns.
"Invisible Pink Unicorns are beings of great spiritual power. We know this because they are capable of being invisible and pink at the same time. Like all religions, the Faith of the Invisible Pink Unicorns is based upon both logic and faith. We have faith that they are pink; we logically know that they are invisible because we can't see them."
-           Steve Eley

There are some related and analogous concepts:\ 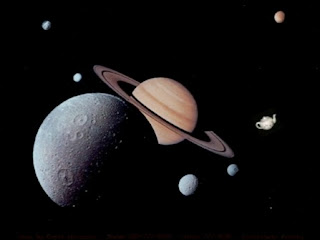 Coined by Bertrand Russell (1872-1970), this concept is also known as the Celestial teapot, Cosmic teapot or Bertrand's teapot.  According to Russell, the burden of proof in respoect of inverifiable claims lies on those who make the claims, not on others to disprove them:

“Many orthodox people speak as though it were the business of sceptics to disprove received dogmas rather than of dogmatists to prove them. This is, of course, a mistake. If I were to suggest that between the Earth and Mars there is a china teapot revolving about the sun in an elliptical orbit, nobody would be able to disprove my assertion provided I were careful to add that the teapot is too small to be revealed even by our most powerful telescopes. But if I were to go on to say that, since my assertion cannot be disproved, it is intolerable presumption on the part of human reason to doubt it, I should rightly be thought to be talking nonsense. If, however, the existence of such a teapot were affirmed in ancient books, taught as the sacred truth every Sunday, and instilled into the minds of children at school, hesitation to believe in its existence would become a mark of eccentricity and entitle the doubter to the attentions of the psychiatrist in an enlightened age or of the Inquisitor in an earlier time.”
-        Bertrand Russell

The Dragon In My Garage: 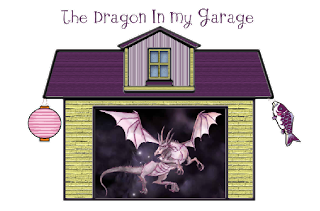 Astrophysicist Carl Sagan (1934-1996) argued that sceptical thinking is a means to test valid and invalid arguments, using as an example the concept of an invisible fire breathing dragon living in his garage:

"What's the difference between an invisible, incorporeal, floating dragon who spits heatless fire and no dragon at all?  If there's no way to disprove my contention, no conceivable experiment that would count against it, what does it mean to say that my dragon exists?  Your inability to invalidate my hypothesis is not at all the same thing as proving it true."
-        Carl Sagan
The Flying Spaghetti Monster: 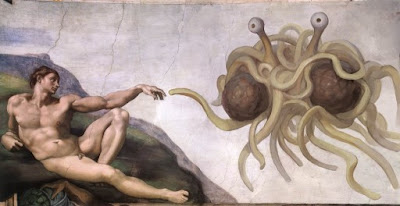 Parody artwork entitled Touched by His Noodly Appendage
The deity of another parody religion, the Church of the Flying Spaghetti Monster, was created in 2005 by Bobby Henderson as a satirical protest against the decision by the Kansas State Board of Education to permit the teaching of intelligent design as an alternative to evolution in public schools.
Intelligent design is the proposition that "certain features of the universe and of living things are best explained by an intelligent cause, not an undirected process such as natural selection."
Henderson professed belief in a supernatural creator called The Flying Spaghetti Monster which, according to Henderson, looked like spaghetti and meatballs.  Henderson demanded equal time in schools for that creator.
Henderson mainatined that his Flying Spaghetti Monster was as valid a concept as intelligent design:
"I hink we can all look forward to the time when these three theories are given equal time in our science classrooms across the country, and eventually the world; one third time for Intelligent Design, one third time for Flying Spaghetti Monsterism, and one third time for logical conjecture based on overwhelming observable evidence.
—Bobby Henderson

The concept of the FSM is often used as a more modern version of Russell’s teapot\
Members of the Church of the Flying Spaghetti Monster call themselves Pastafarians.  They celebrate Passover with their owsn form of celebration, Pastover, when they eat large amounts of spaghetti and talk about when they were converted, known as being touched with his Noodly Appendage.  They also participate in the ritual of The Passing of the Eye Patch when they pass a pirate's eye patch, the wearer then telling of how he or she came to be touched by his Noodly Appendage.  The patch is then passed again.
Pastafarians believe that the originators of their faith were the ancient pirates, who were later later portrayed as evil by Middle Ages Christian theologians.  The pirates were actually peace loving explorers who spread goodwill and distributed candy to children.  According to Pastafarian theology, the decline in pirates accounts for global warning.  (This was part of Henderson's original letter, intended to show that two events are not necessarily causally related - correlation does not imply causation).
Although International Talk Like a Pirate Day predates the creation of the Church of the Flying Spaghetti Monster, Pastafarians have adopted it as one of their celebratory days, when members dress and talk like pirates on 19 September  to honour the pirate origins of their faith.
Let's get in some pratice:  Arrrr, therrre be a wench that be a member of the orrrrderrrr.... 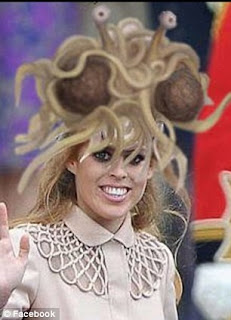