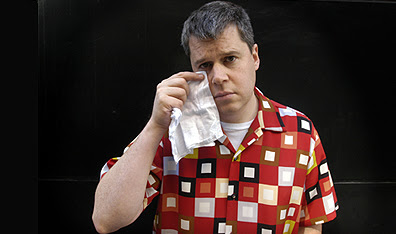 "It is a curious thing, the death of a loved one. We all know that our time in this world is limited, and that eventually all of us will end up underneath some sheet, never to wake up. And yet it is always a surprise when it happens to someone we know. It is like walking up the stairs to your bedroom in the dark, and thinking there is one more stair than there is. Your foot falls down, through the air, and there is a sickly moment of dark surprise as you try and readjust the way you thought of things."
-       Lemony Snicket
(Horseradish: Bitter Truths You Can’t Avoid)
Lemony Snicket is the legal pen name of American novelist Daniel Handler (born February 28, 1970). Snicket is the author of several children's books, serving as the narrator of A Series of Unfortunate Events (his best-known work) and appearing as a character within the series. Because of this, Lemony Snicket is both a fictional character and a real person. As a character, Snicket is a harried, troubled writer and researcher falsely accused of felonies and continuously hunted by the police and his enemies, the  fire-starting side of the secret organisation Volunteer Fire Department.

Posted by BytesMaster at 5:12 AM