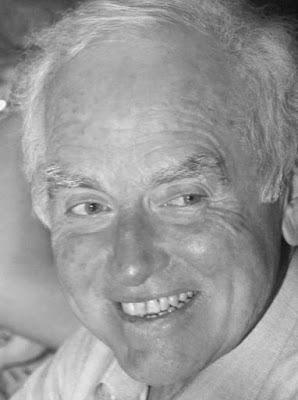 I have previously spoken of my father in law, Noel.  Let me relate a story about Noel which may have a cautionary lesson for all of us.
My mother in law, Margaret, has recently been in hospital with quite a severe spinal injury after taking a spill.  She is home now and doing a lot better.
When Margaret was in hospital, Noel was making daily trips to and fro, trying as best as he could to look after Margaret’s hospital needs, home, business matters and also their cat, Pushkin.
One evening when the day’s activities and tasks had been completed and Noel was finally able to make himself some dinner, the house telephone rang.  Notwithstanding that he had things on the stove and concerned that it might be the hospital, having been promised a call from Margaret’s specialist, he made his way to the phone and answered.  An Indian voice started a sales pitch, the call being from a call centre operator trying to get him to change his phone plan.
Noel is a polite man in his mid 80's who grew up in an age when swear words were only found in the pub and in banned D H Lawrence books.
He politely declined and terminated the call.
Twice more this happened, each time when he was back at the stove.
When the telephone rang the fourth time and he answered, an Indian voice introduced himself.
By this time, Noel had had enough.  He said “Look, FUCK OFF!” and hung up.
He found out the next day that Margaret’s specialist, a man of Indian background, had rung the house to speak with Margaret’s husband and that a male voice had told him to “Fuck off”.
Noel was too embarrassed to ring the specialist and too frightened of Margaret to tell her what had happened.

Posted by BytesMaster at 7:21 AM