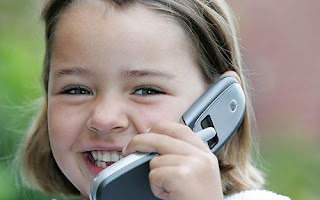 This is worth reprinting.  It is from The Daily Mail at:
http://www.dailymail.co.uk/health/article-1392810/Mobile-phones-CAN-increase-cancer-risk-Shock-finding-major-study.html


Mobile phones CAN increase risk of cancer: Doctors reveal shock results of major study into effect on the brain
Mobile phone users may be putting themselves at higher risk of cancer, a major new study has confirmed.
The World Health Organisation-funded study has found that microwave radiation from mobile phones can increase the risk of brain tumours.  The agency has now listed mobile phone as a 'carcinogenic hazard', alongside lead, engine exhaust fumes and chloroform.  Before its announcement today, the WHO had assured people that no ill-effects had been established.
A team of 31 scientists from 14 countries made the decision after reviewing peer-reviewed studies on mobile phone safety.  The team found evidence that personal exposure was 'possibly carcinogenic to humans.'  This means that there is not enough long-term evidence to conclude if radiation from mobile phones is safe, but there is enough data to show a possible connection to tumours.
Mobile phones emit a kind of radiation known as non-ionising. It has been compared to a very low powered microwave oven.
In the past 20 years the British public has shown a massive appetite for mobile telephony, with an estimated 76million in use among a population 62million.
Dr Keith Black, chairman of neurology at Cedars-Sinai Medical Centre in Los Angeles, told CNN; 'The biggest problem we have is that we know most environmental factors take several decades of exposure before we really see the consequences'  'What microwave radiation does in most simplistic terms is similar to what happens to food in microwaves, essentially cooking the brain.  'So in addition to leading to a development of cancer and tumors, there could be a whole host of other effects like cognitive memory function, since the memory temporal lobes are where we hold our cell phones.'
Even more grave are the possible effects on children, who have thinner skulls and scalps - allowing radiation to penetrate much more deeply into the brain.  The rapid cell division of young brains could also multiply the mutating effects of radiation, according to Dr Black.  The WHO's warning joins a chorus of voices urging caution over excessive mobile phone use in recent years.
The European Environmental Agency has pushed for more studies, amid fears that the radiation from mobile phone handsets could be as dangerous to public health as smoking, asbestos and leaded petrol. In 2010 the widest yet international study of the relationship between mobile phones and cancer found those who had used mobiles for a decade or more had double the rate of brain glioma, a type of tumour.
MOBILE PHONE DO's
MOBILE PHONE DON'Ts

Posted by BytesMaster at 4:43 AM