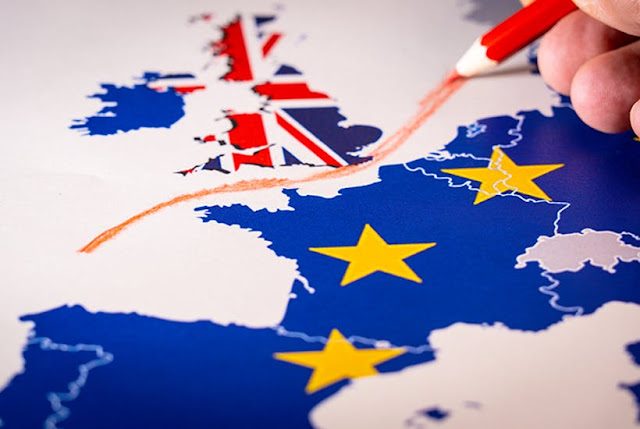 Byter Steve M asked if I could post an explanation of Brexit.  Asking that of me is liking asking a blind man to describe the ceiling of the Sistine Chapel,

So, instead of doing that, I am posting some articles that address Steve’q question . . .

Brexit: All you need to know about the UK leaving the EU
16 September 2019

The UK is due to leave the European Union (EU) at 23:00 GMT on 31 October 2019. For those not following every twist and turn, this guide covers the basics.

Brexit - British exit - refers to the UK leaving the EU.

What is the European Union?

The EU is an economic and political union involving 28 European countries. It allows free trade and free movement of people to live and work in whichever country they choose.

The UK joined in 1973 (when it was known as the European Economic Community). If the UK leaves as planned on 31 October, it would be the first member state to withdraw from the EU.

Why is the UK leaving?

A public vote - or referendum - was held on Thursday 23 June 2016, to decide whether the UK should leave or remain.

Why hasn't Brexit happened yet?

Brexit was due to happen on 29 March 2019. That was two years after then Prime Minister Theresa May triggered Article 50 - the formal process to leave - and kicked off negotiations. But the Brexit date has been delayed twice.

The UK and the EU agreed a deal in November 2018 but MPs rejected it three times.

What is the Brexit deal?
The deal consisted of a binding withdrawal agreement - which set out the terms for the "divorce" process - and a non-binding political declaration on the nature of the future relationship between the UK and EU.

The withdrawal agreement covered a range of things including:

Why did Parliament reject the Brexit deal?

The main sticking point for many Conservative and DUP MPs was the backstop.

Currently, there are no border posts, physical barriers or checks on people or goods crossing the border between Northern Ireland and the Republic of Ireland. The backstop is designed to ensure that continues after the UK leaves the EU.

It comes into effect only if a comprehensive free trade deal is not quickly agreed between the UK and EU. It would keep the UK effectively inside the EU's customs union but with Northern Ireland also conforming to some rules of the single market.

Critics say a different status for Northern Ireland could threaten the existence of the United Kingdom and fear that the backstop could become permanent. But supporters say it is necessary to maintain peace in Northern Ireland.

Could the UK leave with no deal?

Prime Minister Boris Johnson wants the EU to remove the backstop from the deal. He wants "alternative arrangements" and technological solutions instead.

But the EU has so far refused to change the backstop.

Mr Johnson has said the UK must leave on 31 October, even if that is without a deal.

That means the UK will leave the customs union and single market overnight.

What are the customs union and the single market?

The customs union ensures that all EU countries charge the same taxes on goods coming in from outside. They do not charge taxes on each other's goods. But members cannot strike their own trade deals.

The single market enables goods, services, people and money to move between all 28 EU member states, as well as Iceland, Norway, Liechtenstein and Switzerland, who are members of the European Economic Area. Countries in the single market apply many common rules and standards.

A UK company can sell its product (goods) in Portugal as easily as it can in Portsmouth, bring back the cash (capital), offer maintenance (services) and dispatch a repair team (people).

Will a no-deal Brexit cause disruption?

If the UK leaves the customs union and single market then the EU will start carrying out checks on British goods. This could lead to delays at ports, such as Dover. Some fear that this could lead to traffic bottlenecks, disrupting supply routes and damaging the economy.

Mr Johnson has tried to calm such fears by announcing an extra £2.1bn of funding to prepare for a possible no-deal outcome on 31 October.

What happens next with Brexit?

However, with the risk of no deal rising, MPs from different parties voted through a law forcing the government to seek a third Brexit extension.

Prime Minister Boris Johnson will have to request a Brexit extension from the EU on 19 October, pushing the deadline back to 31 January 2020. The only exception is if MPs approve a Brexit deal, or vote in favour of leaving with no deal.

Should the EU want a different deadline date, Mr Johnson will be forced to accept it unless MPs vote to reject it within two days.

Any extension offered to the UK has to be agreed to by all members of the EU - so there's no guarantee the UK will be offered one.

Mr Johnson still insists the UK will leave on 31 October, so it's unclear how the PM will fulfil this request if the law does require him to ask for an extension.

What about an early election?

After MPs voted in favour of extending the Brexit deadline, Mr Johnson tried to call an early election.

But not enough MPs supported the PM. To trigger an early election at least two-thirds must back the idea.

Opposition MPs say won't back an election until the law aimed at blocking a no-deal Brexit is implemented.

How will a no-deal Brexit affect me?

A no-deal Brexit could affect individuals in all sorts of different ways.

If the pound falls sharply in response to no deal and there are significant delays at ports, like Dover, it could affect the price and availability of some foods. There are also concerns over potential shortages of medicines, although the government has said much preparation has been done to avoid this.

Most economists and business groups believe no deal would lead to economic harm.

For example, the Office for Budget Responsibility - which provides independent analysis of the UK's public finances - believes a no-deal Brexit would cause a UK recession.

But many Brexit supporters say it is hard to accurately predict what will happen or believe any economic disruption will be short-term and minor. 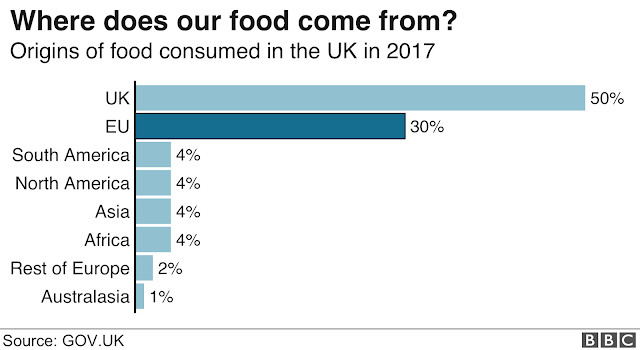 Almost a third of the UK's food comes from the EU

EU citizens in the UK can apply for settled status, allowing them to remain in the country even if there is a no deal. UK expats in the EU are advised to register as residents of the country in which they live.

UK citizens travelling to the EU will need to ensure passports are valid for at least six months on 31 October and will require an international driving permit if intending to use a car.

European Health Insurance Cards (EHIC) will no longer be valid.

Pet passports will also no longer be valid.

A range of other effects and consequences have been discussed.

On 29 March 2017, the UK government invoked Article 50 of the Treaty on European Union, formally starting the withdrawal.

May called a snap general election in June 2017, which resulted in a Conservative minority government supported by the Democratic Unionist Party. UK–EU withdrawal negotiations began later that month. The UK negotiated to leave the EU customs union and single market. This resulted in the November 2018 withdrawal agreement, but the UK parliament voted against ratifying it three times.

The Labour Party wanted any agreement to maintain a customs union, while many Conservatives opposed the agreement's financial settlement on the UK's share of EU financial obligations, as well as the "Irish backstop" designed to prevent border controls in Ireland.

The Liberal Democrats, Scottish National Party and others seek to reverse Brexit through a second referendum.

The EU has declined a re-negotiation that omits the backstop.

In March 2019, the UK parliament voted for May to ask the EU to delay Brexit until October. Having failed to pass her agreement, May resigned as Prime Minister in July and was succeeded by Boris Johnson. He sought to replace parts of the agreement and vowed to leave the EU by the new deadline, with or without an agreement.

Many effects of Brexit depend on how closely the UK will be tied to the EU, or whether it withdraws before terms are agreed – referred to as a no-deal Brexit.

The broad consensus among economists is that Brexit will likely reduce the UK's real per capita income in the medium term and long term, and that the referendum itself damaged the economy.

Brexit is likely to reduce immigration from European Economic Area (EEA) countries to the UK, and poses challenges for UK higher education, academic research and security. Following Brexit, EU law and the EU Court of Justice will no longer have supremacy over UK laws or its Supreme Court, except to an extent agreed upon in a withdrawal agreement. The European Union (Withdrawal) Act 2018 retains relevant EU law as domestic law, which the UK could then amend or repeal.

As regards the Irish backstop issue: 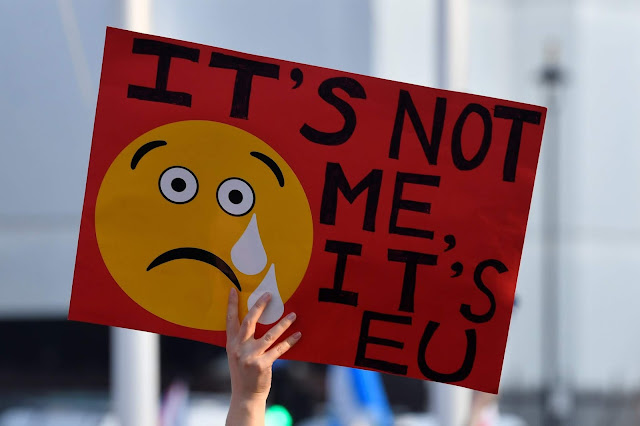