Most Greek temples have a pattern under the pediment known as triglyphs and metopes. Triglyphs are panels of three vertical grooves and they alternate with metopes, which are decorative panels, often with carved sculptures: 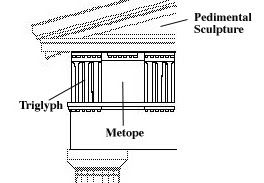 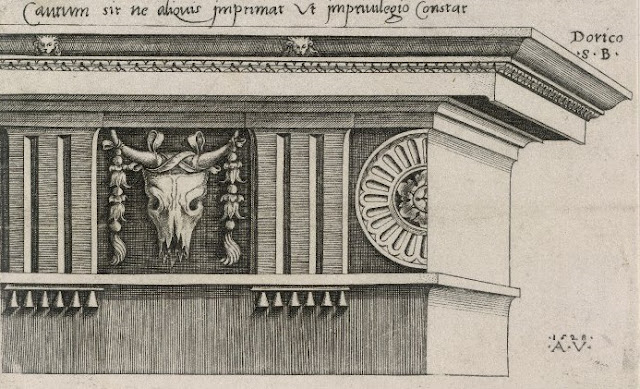 These triglyphs and metopes started when Greek temples in the Dark Ages were made of wooden logs, the triglyphs being the the ends of the wooden beams of the roof, and the metopes the spaces between the beams. With the advent of stone temples, the architects wanted to retain the familiarity of the wooden temples so the pattern was retained.

Metopes can vary from plain to intricately carved and can also be painted. Sometimes different types of stone were used to provide colour contrast between triglyphs and metopes. 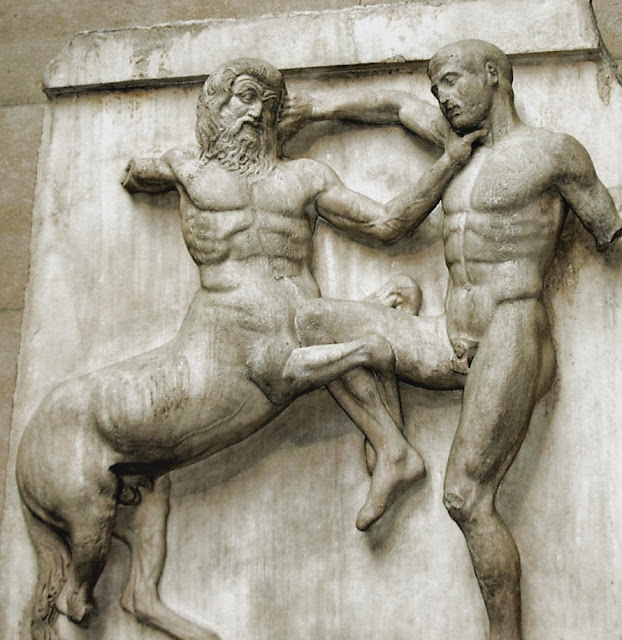 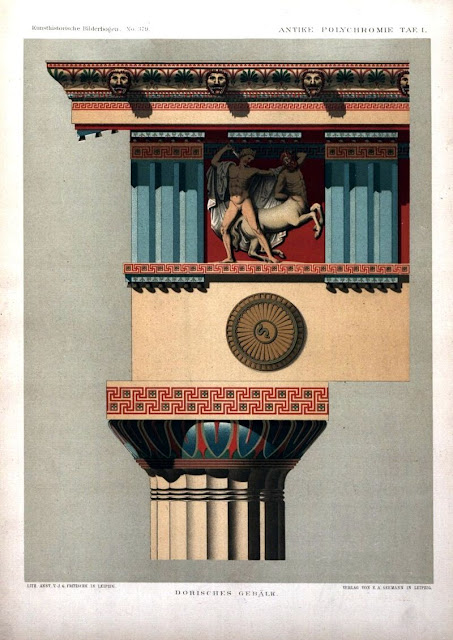 Reconstruction of the colours on the entableture of the Parthenon. 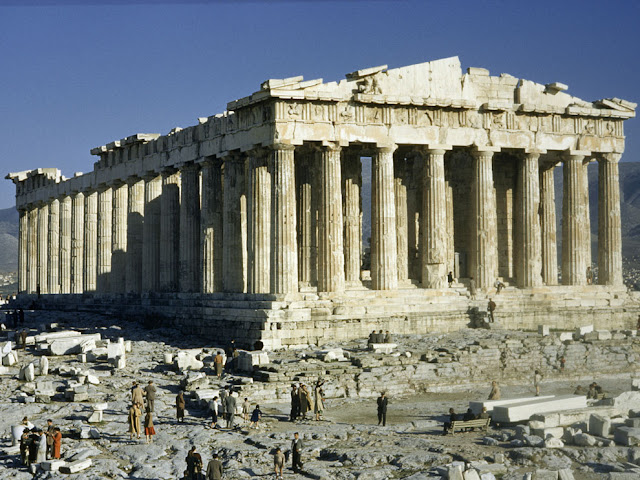 Triglyphs and metopes of the Parthenon.
A tympanum is the space created by a pediment. A pediment is a triangle-shaped structure that sits above the horizontal entablature (structure on top of the columns) on many ancient Greek buildings 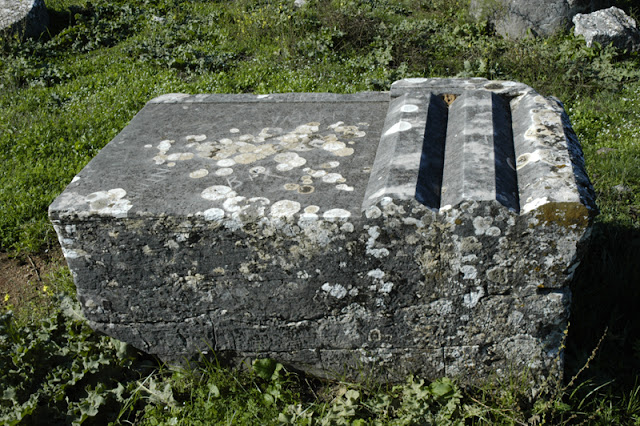 A metope (L) and triglyph (R) cut from one block. 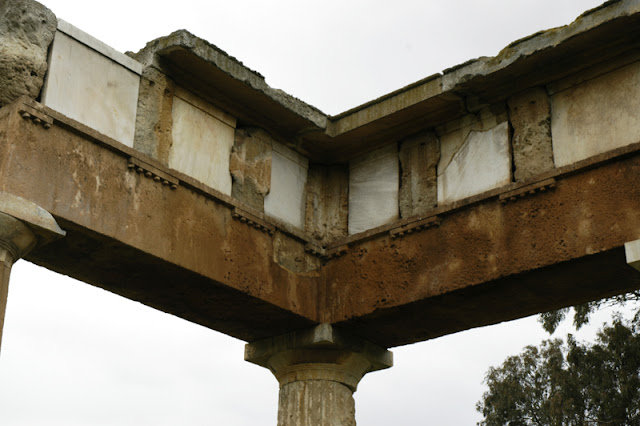 Metopes made from marble slotted into the frieze of the Stoa at Brauron. 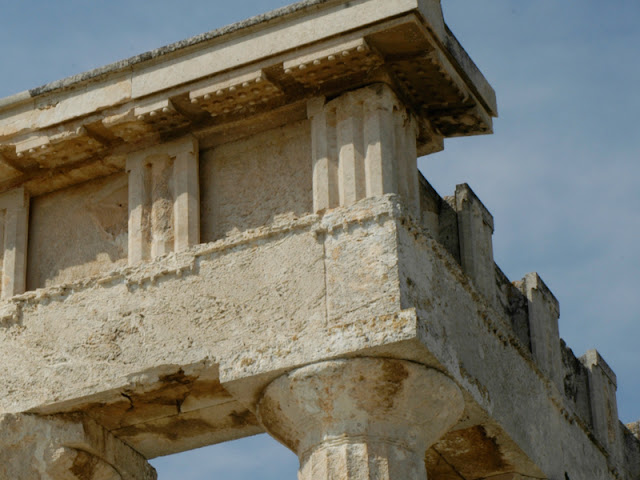 Frieze of the Temple of Aphaea with triglyphs slotted for metopes. 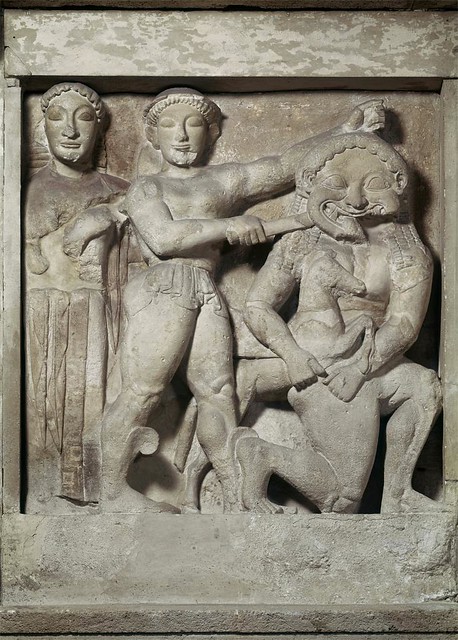 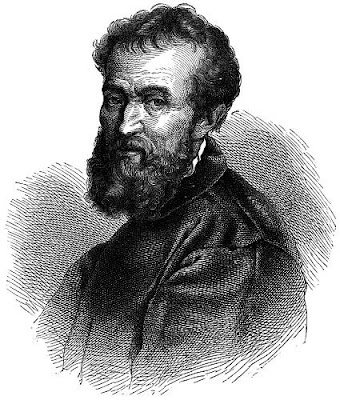 While studying at the Academy of Ancient Art in the Medici Palace, Michelangelo not only developed his genius as a sculptor, but also excited the wrath of his rival, Torregiano, who struck him with a mallet, crushing the nose on his face and disfiguring him for life. 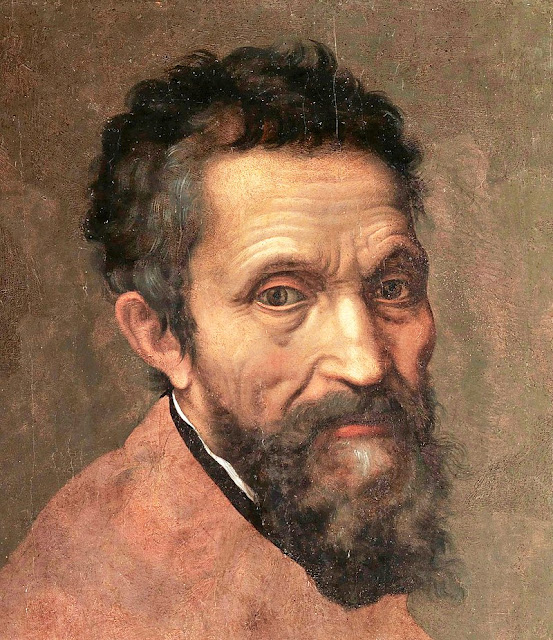 Le Bateau ("The Boat"), a paper-cut by Henri Matisse, caused a minor stir in 1961 when the Museum of Modern Art in New York hung the work upside-down. It remained that way until the 47th day of the exhibit when Genevieve Habert, a stockbroker, noticed the mistake and notified a guard. When the guard replied “You don’t know what’s up and you don’t know what’s down and neither do we,” Habert turned to The Times for vindication. She was right, the first of 116,000 visitors to detect the error. 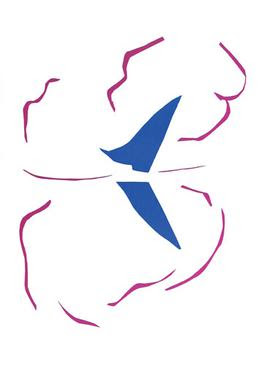 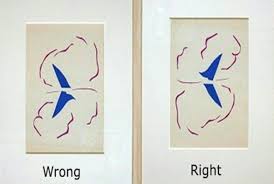 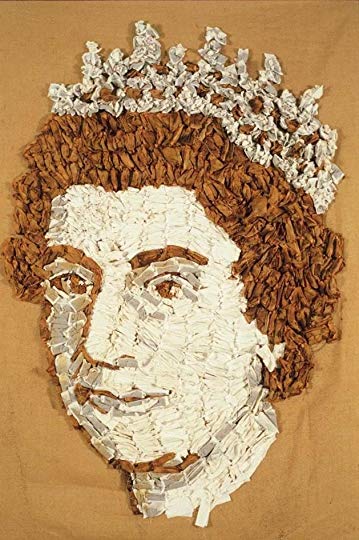 Gothic was originally a term of criticism among the Italian Renaissance artists who coined it. The term implied that, compared to superior classical buildings, the Gothic medieval cathedrals were so crude that only a Goth could produce them. 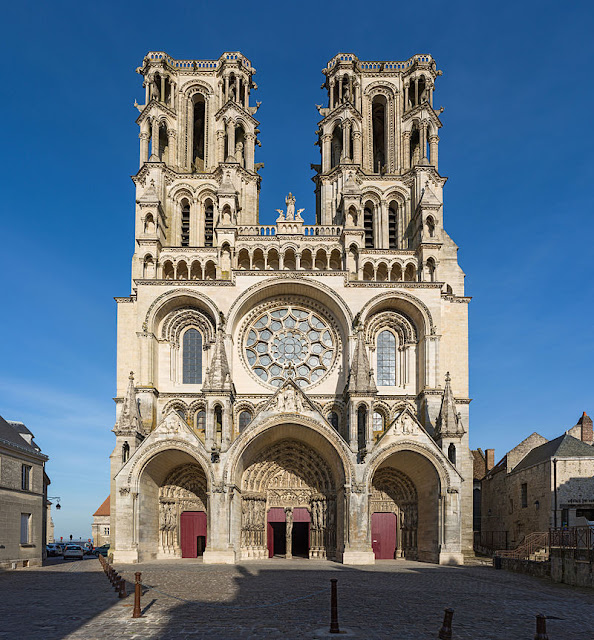 Laon Cathedral, France Built in the twelfth and thirteenth centuries, it is one of the most important and stylistically unified examples of early Gothic architecture. 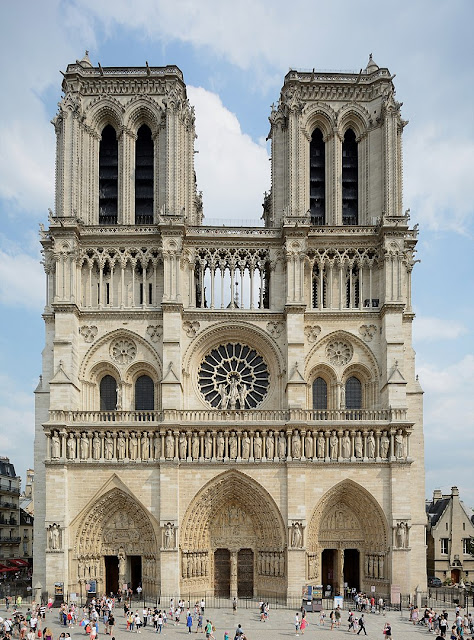 While undergoing renovation and restoration, the roof of Notre-Dame caught fire on the evening of 15 April 2019. Burning for around 15 hours, the cathedral sustained serious damage, including the destruction of the the timber spire over the crossing and most of the lead-covered wooden roof above the stone vaulted ceiling. Contamination of the site and the nearby environment resulted. Following the April fire, many proposals were made for modernising the cathedral's design. However, on 16 July 2019, the French Parliament passed a law requiring that it be rebuilt exactly as it appeared before the fire. 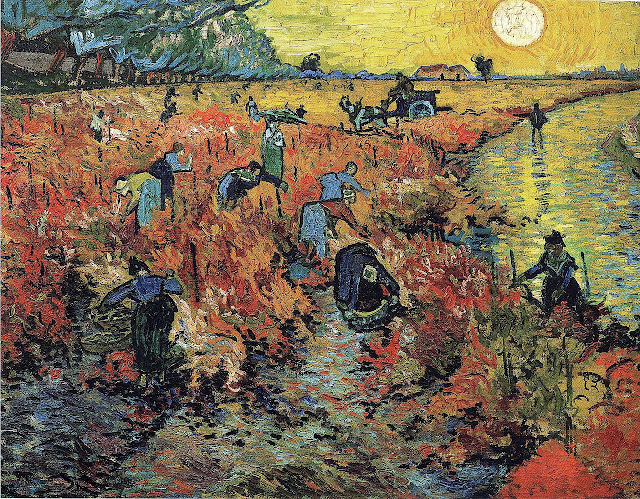 It was painted on a standard-sized Toile de 30 piece of Burlap in November of 1888 during Van Gogh's stay in Arles, in the South of France. The only work ever sold by Van Gogh during his lifetime, it was purchased for 400 francs (about $1,000 today) by Belgian painter Anna Boch during an exhibition in Brussels in 1890. The work depicts vineyard workers toiling over vines in Arles and features the artist's signature impasto technique in rich shades of orange, gold and blue. The artist's iconic impasto sun sets far off in the background. 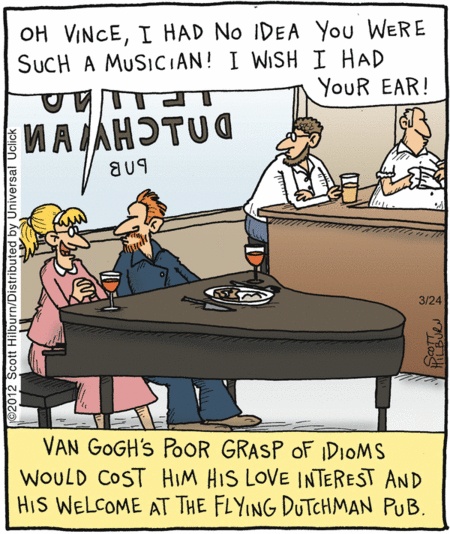 Posted by BytesMaster at 6:54 AM