Graham E, aka Mr Trivia, has provided me with even more facts about farts and farting.  I post below Part 1 of his somewhat lengthy item, not realising that there was so much about so little.  Thanks Graham.

Additional pics and comments by moi.

Without raising a stink, here are a few additional items re: Farting!!!

A flatulist, fartist, or professional farter is an entertainer often associated with a specific type of humour, whose routine consists solely or primarily of passing gas in a creative, musical, or amusing manner.

His stage name combines the French verb péter, "to fart" with the -mane, "-maniac" suffix, which translates to "fartomaniac".  Some of the highlights of his stage act involved sound effects of cannon fire and thunderstorms, as well as playing "'O Sole Mio" and "La Marseillaise" on an ocarina through a rubber tube in his anus. He could also blow out a candle from several yards away.] His audience included Edward, Prince of Wales; King Leopold II of the Belgians; and Sigmund Freud.

Paul Oldfield, better known by his stage name Mr Methane, is a British flatulist who started performing in 1991 before briefly retired in 2006. He restarted his act in mid-2007 and claims to be the only performing farter in the world.

In his autobiography, English comic Frank Skinner talks about the time that Phil Spector, while receiving a lifetime music award, went into a rant live on Australian TV about a duet of "Da Doo Ron Ron" that Skinner had sung with Mr Methane on his BBC1 chat chow. Spector said that Methane and Skinner had taken his work of art and desecrated it.

In the 1990s Mr Methane produced a parody of the Phil Collins song "In the Air Tonight" titled "Curry In the Air Tonight." Tony Smith, Collins' business manager, refused to let Mr Methane release his parody version, stating that, "This is a very serious song and we cannot see any reason for it to be taken so lightly."

In 2009 Oldfield auditioned for Britain's Got Talent, where he announced his intention to "put the art into fart", but failed to make it through to the live finals. He gave a flatulist performance of the "Blue Danube" waltz, and was "buzzed" out by all three judges — despite two of them, Piers Morgan and Amanda Holden, laughing uncontrollably, while Simon Cowell called him "a disgusting creature". 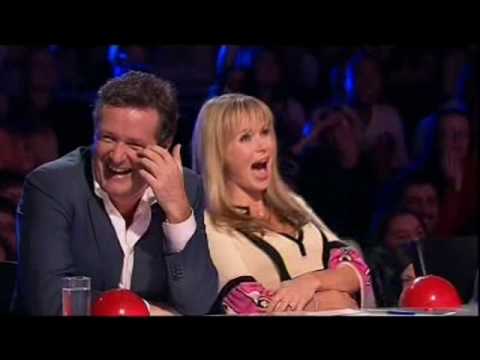 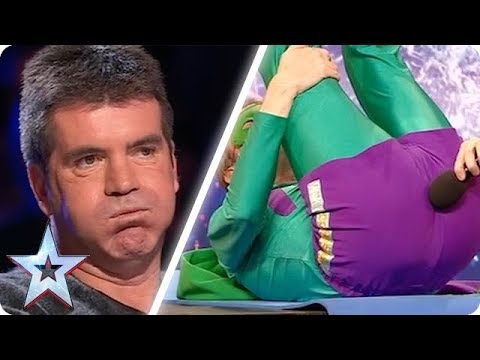 In 2013 Mr Methane performed in The World Farting Championships at Utajärvi, Finland, though he didn’t participate in the contest itself.

Fartman is a fictional superhero, popularized and portrayed by American radio "shock jock" Howard Stern. The character first appeared in an issue of the National Lampoon humour magazine in the late 1970s (Vol. 2, No. 11, June, 1979, Page 28). 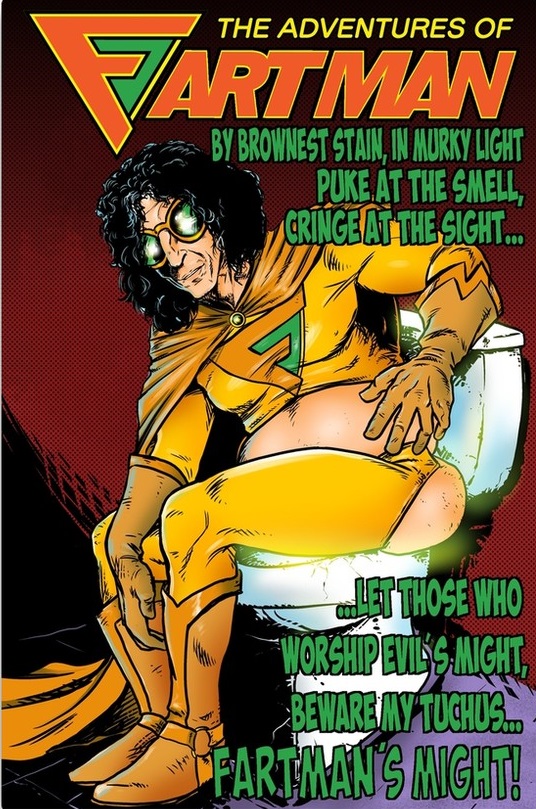 A Dutch oven is a slang term for lying in bed with another person and pulling the covers over the person's head while flatulating, thereby creating an unpleasant situation in an enclosed space.

A farting game named Touch Wood was documented by American diarist and postbellum author John Gregory Bourke in the 1890s. It existed under the name of Safety in the 20th century in the U.S., and has been found being played in 2011.

Fart lighting, also known as pyroflatulence or flatus ignition, is the practice of igniting the gases produced by human flatulence, often producing a flame of a blue hue, hence the act being known colloquially as a "blue angel", "blue dart", or in Australia, a "blue flame". 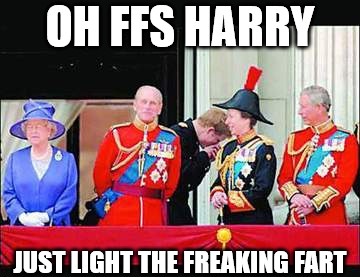 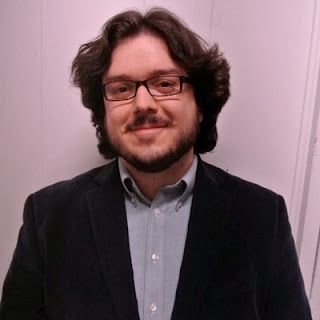 In 2008, an iPhone app from Air-O-Matic called Pull My Finger was one of the most popular apps in Apple's App Store, purchased over 50,000 times in less than one week. It allowed users to pull a virtual finger, activating the sound.  The phrase is now the focus of a legal battle between Pull My Finger and InfoMedia's iFart Mobile app over the use of the phrase.
https://arstechnica.com/gadgets/2009/02/prior-fart-legal-stink-up-over-iphone-flatulence-apps/

The Hundeprutterutchebane (Danish for Dog-Fart Roller Coaster) is a steel family roller coaster at BonBon-Land in southern Zealand, Denmark, approximately 100 kilometres from Copenhagen. The rollercoaster is known best for its name and its unique dog-flatulence-related theme.

Hundeprutterutchebane was the first coaster to open at BonBon-Land in 1993.  BonBon-Land was opened in 1992 by a candy maker that manufactured disgusting-sounding candy flavors. Hundeprutter ("Dog Farts") were one of the most popular flavors and consequently became the theme for the first coaster at the park. It is the park's smallest roller coaster. The coaster trains are designed in the shape of a dog named "Henry Dog Fart" and the dog theme is pervasive throughout the coaster's course. Riders are taken round a statue of a defecating Henry the Dog,through a kennel and past bones and piles of dog feces. There are also speakers throughout the ride which make "dog fart" sounds. 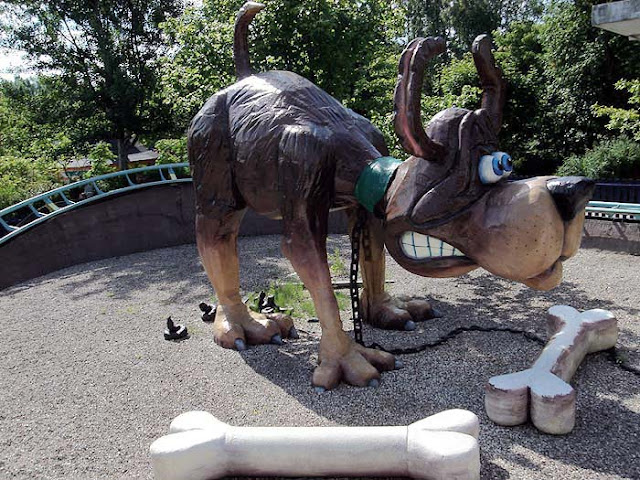 Walter the Farting Dog is the title character of a series of children's books written by William Kotzwinkle and Glenn Murray, and illustrated by Audrey Colman. 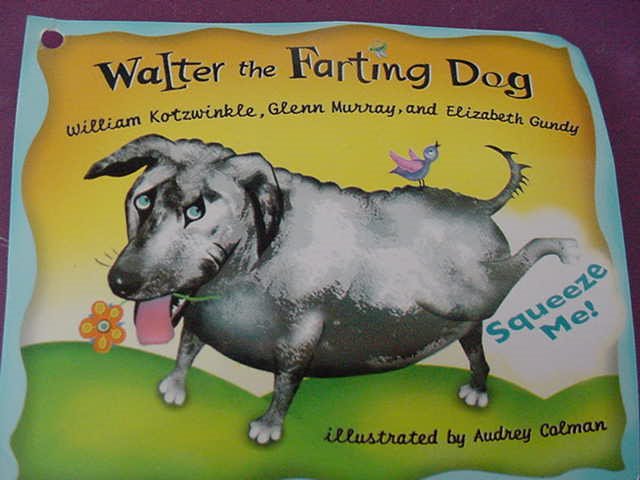 Thunderpants is a 2002 British-German-American family film about a boy whose incredible capacity for flatulence gets him a job as an astronaut. 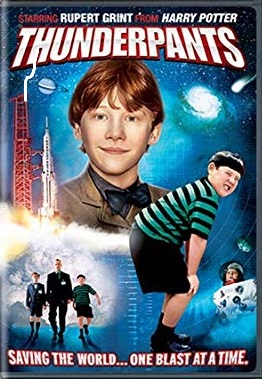 The Gas We Pass: The Story of Farts, is a children's book by Shinta Chō which was first published in Japan in 1978; the first American edition was in 1994. The book tells children about flatulence and that it is completely natural to do so. 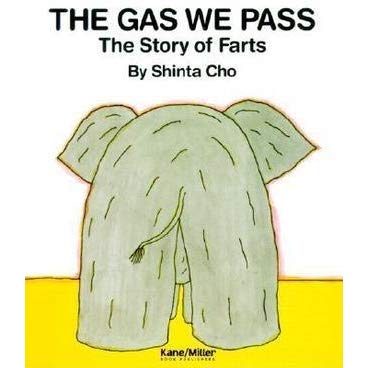 Farting features prominently in J. D. Salinger’s novel The Catcher in the Rye,

Listening contemptuously to a “phony” minister’s self-aggrandizing sermon, Holden Caulfield’s scorn is temporarily interrupted when “this guy sitting in the row in front of me, Edgar Marsalla, laid this terrific fart. It was a very crude thing to do, in the chapel and all, but it was also quite amusing. Old Marsalla. He damn near blew the roof off.”

In James Joyce’s Ulysses, the novel’s protagonist, Leopold Bloom is described in a particularly unflattering scene as sitting “asquat the cuckstool… seated calm above his own rising smell.”

Jonathan Swift wrote "The Benefit of Farting" in 1722, in which he wrote “I take it there are five or six different species of fart.” These are “the sonorous and full-toned or rousing fart,” “the double fart,” “the soft fizzing fart,” “the wet fart,” and “the sullen wind-bound fart.”

Two important early texts are the 5th century BC plays The Knights and The Clouds, both by Aristophanes, which contain numerous fart jokes.

Posted by BytesMaster at 4:02 AM