From 1912 to 1948, the International Olympic Committee gave medals across five creative arts categories including architecture, painting, sculpture, literature and music.  For Pierre de Coubertin, who founded the modern Olympics, art competitions had always been part of his original intentions for the modern Olympics as they were in the ancient Olympics, which had competitions for music, singing and public speaking.  All entries in all categories of the art competitions were required to draw links between art and sport. 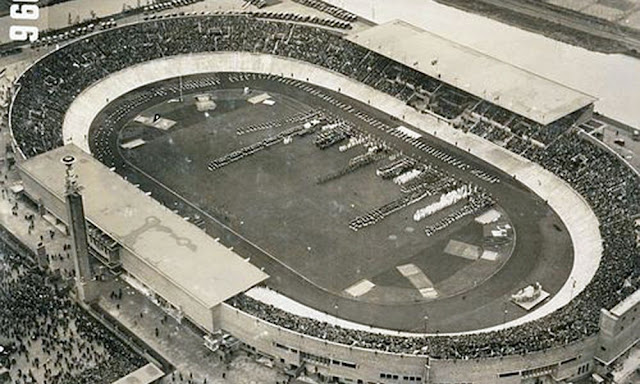 The Amsterdam Olympic Stadium, designed by Jan Wils,
won the architecture category of the 1928 Olympic Art Competition.
It was the first and only time the prize was awarded to a realised work.

Hey Wayne (my friend, trivia team member and retired town planner), as I mentioned to you, in the four Olympic games between 1928 and 1948 (Amsterdam, Los Angeles, Berlin, and London), gold, silver, and bronze medals were awarded for town planning.  Town planning fell under the architectural design category along with "mixed architecture" and "mixed architecture, architectural designs," which were a part of the larger "Arts" portion of the Olympic games that included everything from literature to sculpture.

In 1936 at the Berlin Olympics Werner March and Walter March took out the gold medal in town planning for the Reich Stadium. The massive scale of the stadium was intended to show off the rising power of Nazi Germany. 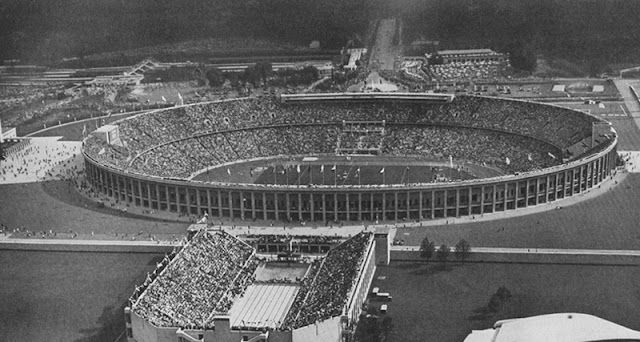 In 2004 the IOC revived the idea of art competition with the introduction of the Olympic Art Sport Contest but this was short-lived.
______________ 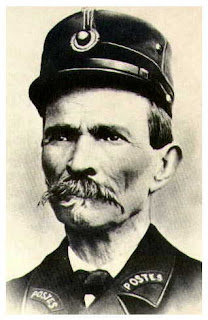 Ferdinand Cheval (1836 – 1924) was a French postman who spent thirty-three years of his life building Le Palais idéal (the "Ideal Palace") in Hauterives, France. The Palace is regarded as an extraordinary example of naïve art architecture. 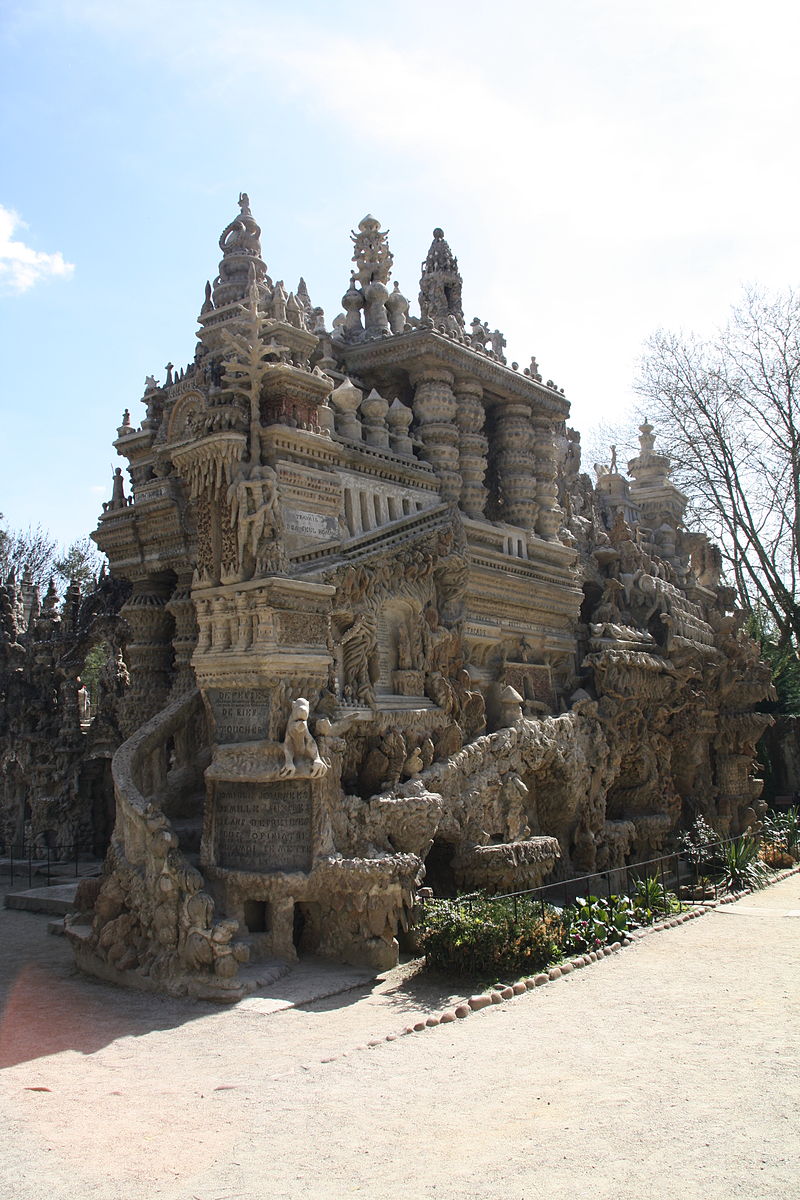 Cheval began the building in April 1879.

"I was walking very fast when my foot caught on something that sent me stumbling a few meters away, I wanted to know the cause. In a dream I had built a palace, a castle or caves, I cannot express it well... I told no one about it for fear of being ridiculed and I felt ridiculous myself. Then fifteen years later, when I had almost forgotten my dream, when I wasn't thinking of it at all, my foot reminded me of it. My foot tripped on a stone that almost made me fall. I wanted to know what it was... It was a stone of such a strange shape that I put it in my pocket to admire it at my ease. The next day, I went back to the same place. I found more stones, even more beautiful, I gathered them together on the spot and was overcome with delight... It's a sandstone shaped by water and hardened by the power of time. It becomes as hard as pebbles. It represents a sculpture so strange that it is impossible for man to imitate, it represents any kind of animal, any kind of caricature.I said to myself: since Nature is willing to do the sculpture, I will do the masonry and the architecture."

For the next thirty-three years, Cheval picked up stones during his daily mail round and carried them home to build the Palais idéal.  He spent the first twenty years building the outer walls. At first, he carried the stones in his pockets, then switched to a basket. Eventually, he used a wheelbarrow. He often worked at night, by the light of an oil lamp.

The Palais is a mix of different styles with inspirations from Christianity to Hinduism. Cheval bound the stones together with lime, mortar and cement.

Cheval wanted to be buried in his palace. Because that is illegal in France, he spent eight more years building a mausoleum for himself in the Hauterives cemetery. He died on 19 August 1924, about a year after he had finished building it, and is buried there.

In 1969, André Malraux, the Minister of Culture, declared the Palais a cultural landmark and had it officially protected. 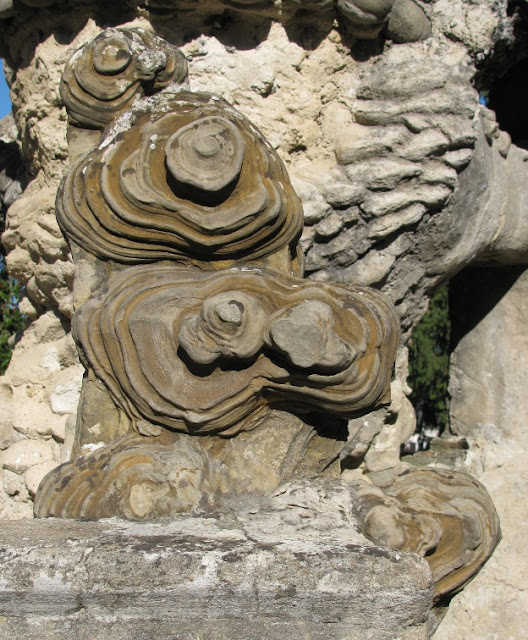 The starting point: the unusually-shaped stone over which Cheval tripped. 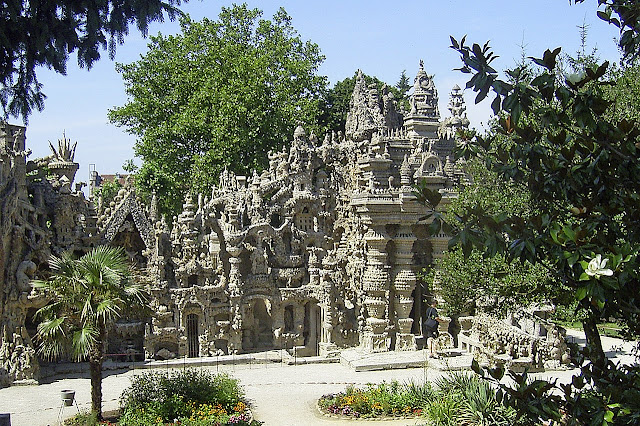 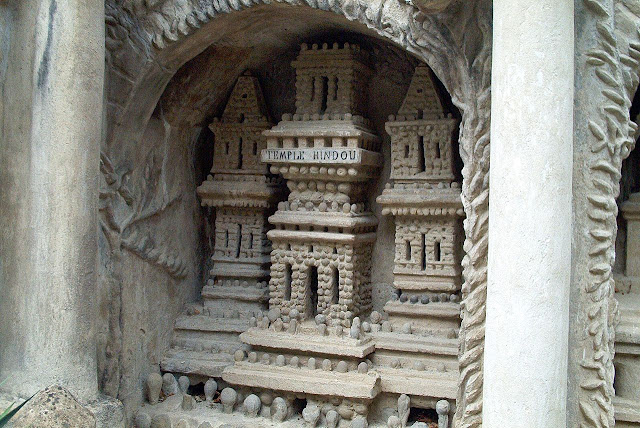 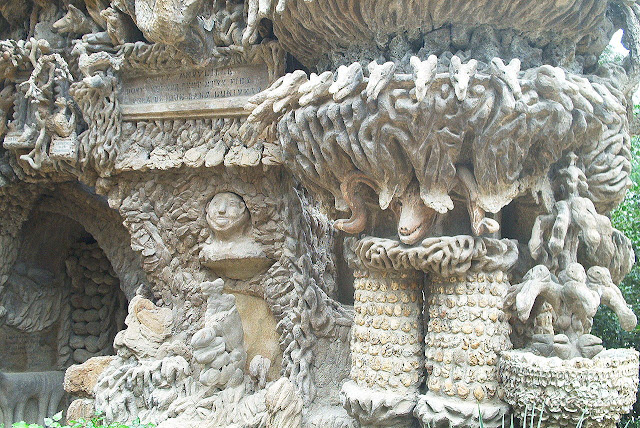 Part of the north font 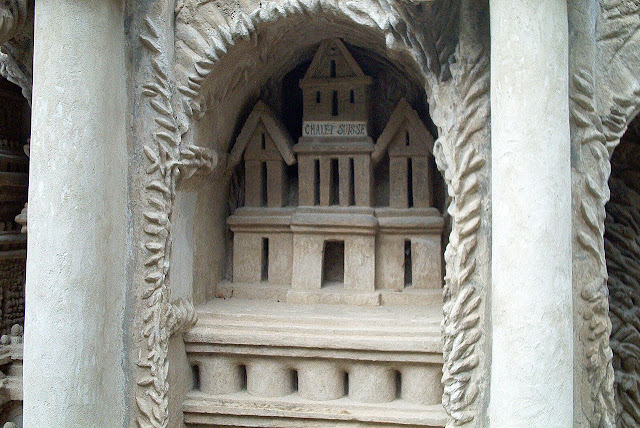 The building was originally variously referred to as the "President's Palace", "Presidential Mansion", or "President's House".  The earliest evidence of the public calling it the "White House" was recorded in 1811. A myth emerged that during the rebuilding of the structure after the Burning of Washington, white paint was applied to mask the burn damage it had suffered, giving the building its namesake hue. The name "Executive Mansion" was used in official contexts until President Theodore Roosevelt established the formal name by having "White House–Washington" engraved on the stationery in 1901. The current letterhead wording and arrangement "The White House" with the word "Washington" centered beneath goes back to the administration of Franklin D. Roosevelt.[

Although the structure was not completed until some years after the presidency of George Washington, there is speculation that the name of the traditional residence of the president of the United States may have derived from Martha Washington's home, White House Plantation in Virginia, where the nation's first president had courted the first lady in the mid-18th century. 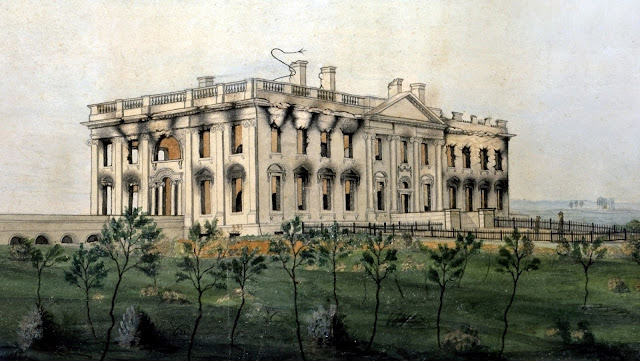 The White House as it looked following the fire of August 24, 1814 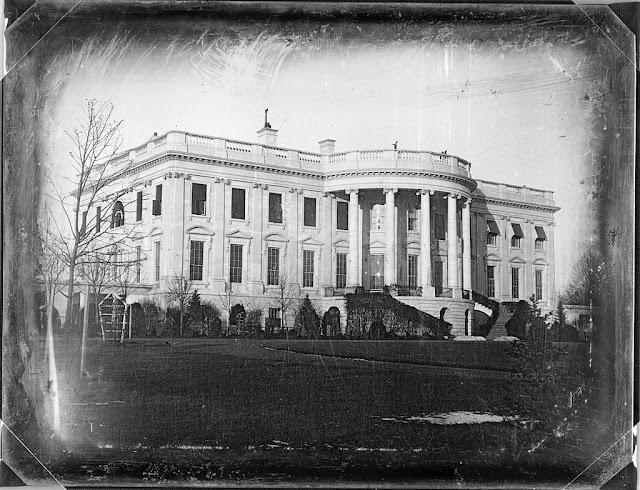 Earliest known photograph of the White House, taken c. 1846 by John Plumbe during the administration of James K. Polk.